Cheltenham Town and Port Vale come head-to-head for the first time this season in the FA Cup second round at the Jonny-Rocks Stadium on Saturday (kick-off: 3pm).

With both sides going strongly in League Two, they meet to decide which club will progress to the third round stage of this year's competition, with the potential to draw a Premier League or Championship club dependent on Monday's draw where either club will be ball number 62.

A replay win over League Two leaders Swindon Town helped the Robins to this stage, and having not reached the third round since 2013 when Premier League Everton were the visitors, the possibility of getting through and the excitement of extending the club's FA Cup campaign into the New Year is an enticing one for Michael Duff's charges.

Tickets for the match are £3 cheaper if bought online in advance before 11am on matchday. Buy online to take advantage of this discount in all areas of the stadium.

Charlie Raglan will be pushing to be fit to play after missing Tuesday's trip with an infection. Sean Long is likely to be involved after featuring as a second half substitute at Blundell Park.

Luke Varney and Tahvon Campbell are definitely out. Josh Debayo has been back in training and is edging closer to fitness.

Defender Will Boyle was back in the starting XI at Grimsby on Tuesday and has also been sharing his thoughts.

Much like the Robins, Port Vale have shown encouraging signs of progress in League Two this season, and again similarly to Cheltenham their manager, John Askey, is now in his first full season in charge having been appointed in February.

The man who led Macclesfield Town to the Football League has steered his side into 9th and a position just outside the play-offs. In fact they are only three points behind Cheltenham and up to last weekend's loss away at improving Scunthorpe United had recorded four straight wins in all competitions in a run of seven unbeaten.

Goalkeeper Scott Brown brings a huge amount of experience and is someone Robins fans will know very well having made 300 appearances in two spells with the club.

Defensively another experienced header, Leon Legge, offers leadership at the back, while youth product Nathan Smith has developed into an impressive part of their back line since coming through their set-up. 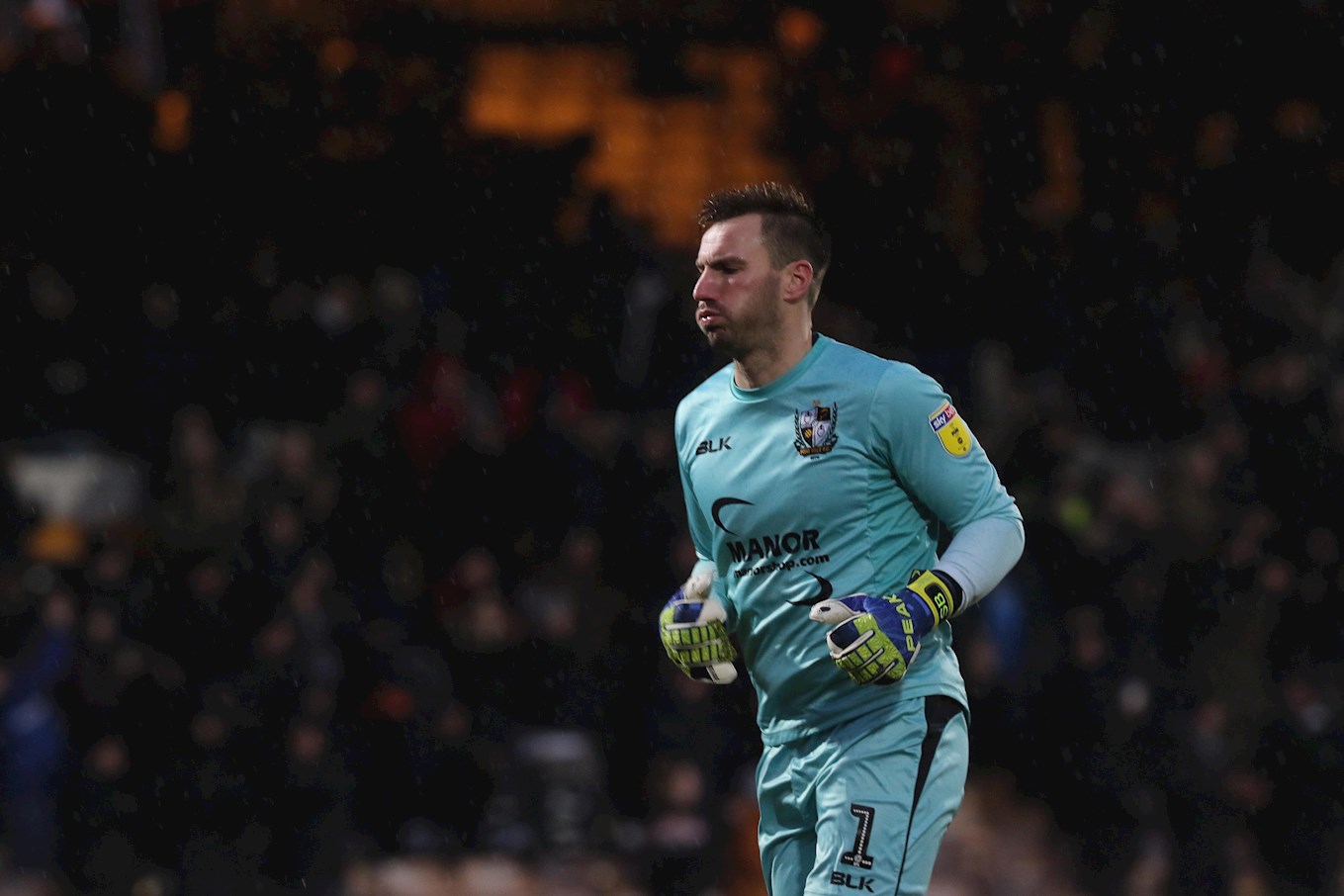 In midfield they've used the loan market to bring in Jake Taylor on loan from Nottingham Forest, while Luke Joyce knows this level well having played regularly in it for Accrington Stanley and Carlisle United. David Worrall will miss the tie having been sent off last weekend.

They are the only team in League Two who are yet to lose at home this season, while they've struggled a little more on their travels when it has come to league commitments - winning twice, drawing three and losing five times.

Vale got to this stage though with a notable first round win at League One side MK Dons. A goal from Worrall in the first half secured their progression against the third tier side at Stadium MK.

Both sides scored late on at Vale Park last season in the first of the two League Two clashes between the Robins and Saturday's opponents.

On a freezing cold afternoon in December Cristian Montano's opener gave Vale the lead. Sam Jones equalised though when he finished from close range to draw Cheltenham level.

Nigel Atangana's neat finish looked to have won the game on 89 minutes for Michael Duff's men. However a set piece saw Antony Kay force the ball home on 93 minutes to earn a dramatic point for Vale. 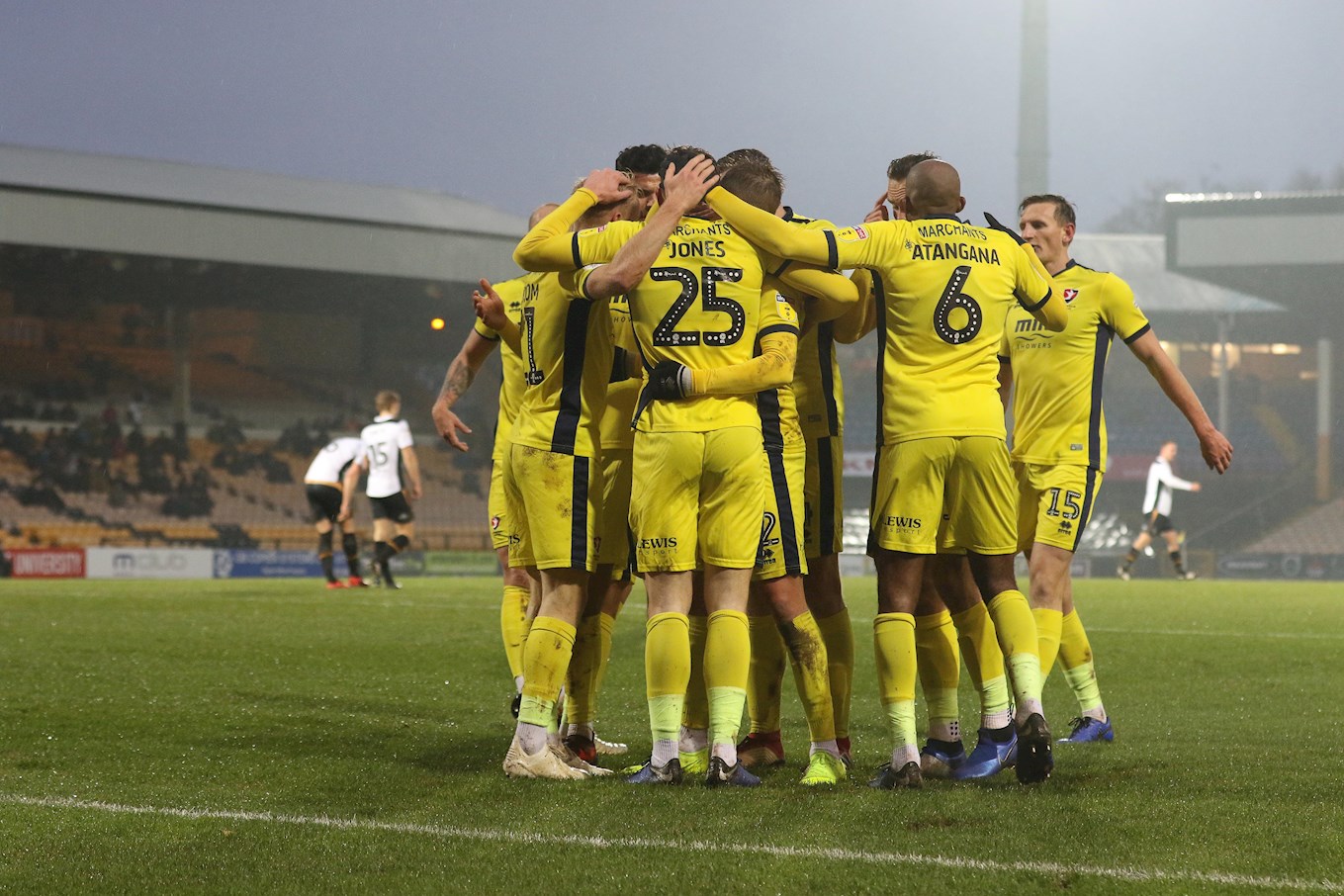 The return clash at the Jonny-Rocks Stadium took place in late February. A single goal earned three points for Cheltenham.

It came from a well worked corner routine as Chris Hussey played the ball into the box and Luke Varney claimed his tenth goal of the season with a first half finish that secured all three points. 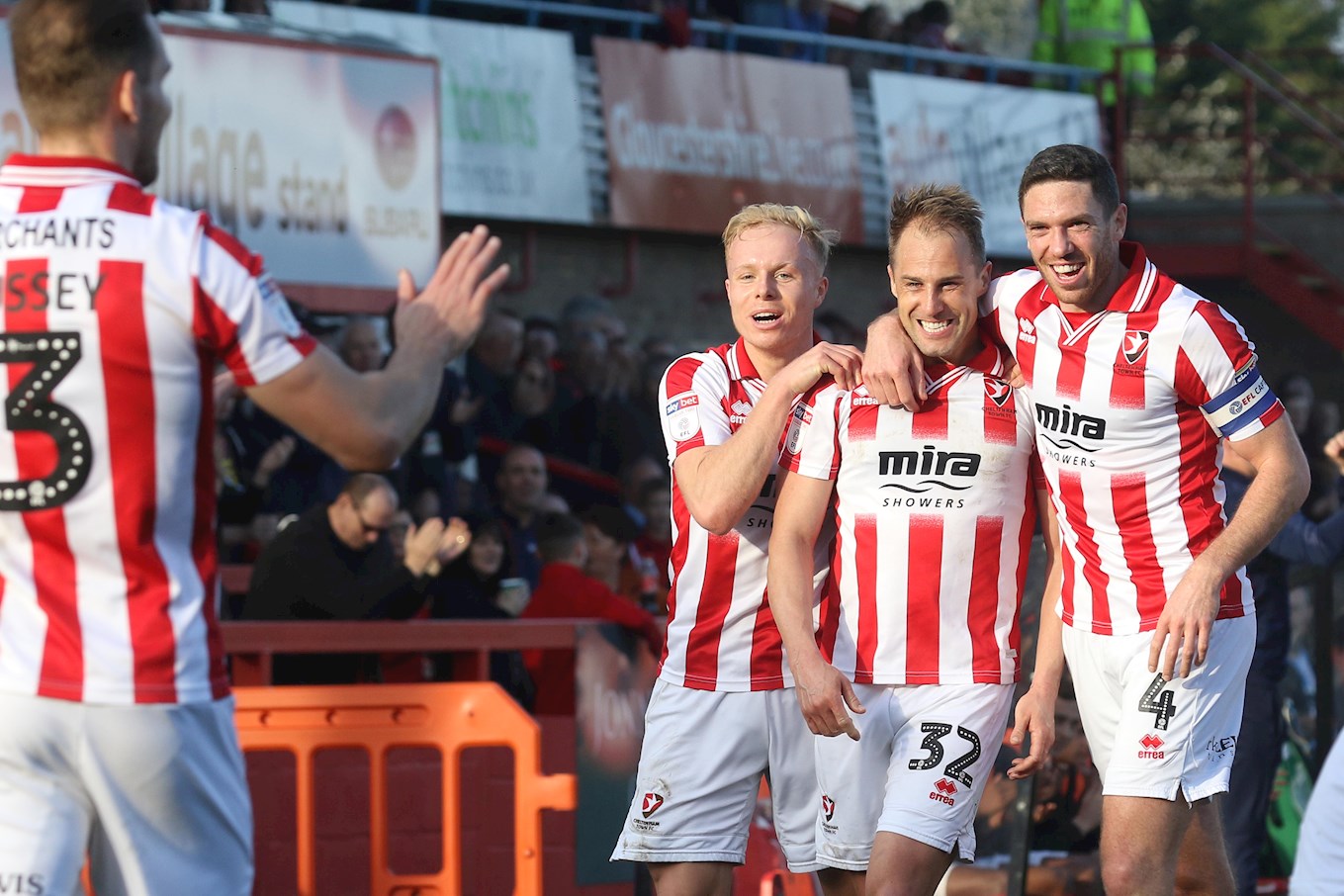 Buy tickets in advance online for the match and save £3 off the cost of each purchased ticket. To make the saving you must buy online before 11am on Saturday. Tickets are otherwise available on the turnstiles at normal matchday prices.

The ticket office will be open before the match selling for future home games and the upcoming away trip to Mansfield Town.

With Christmas just around the corner the club shop will be open from midday selling merchandise and match programmes.

Available for £2, Saturday's match programme features a big interview with defender Charlie Raglan. He looks back on his time with Vale as a player, his FA Cup memories in his time at Oxford United and Chesterfield, and how the Robins got here with victory over Swindon in round one.

Goalkeeper Scott Flinders is also interviewed after his fine showing on Tuesday evening, while there's also a look back at how the club has fared in its 16 previous FA Cup second round ties. 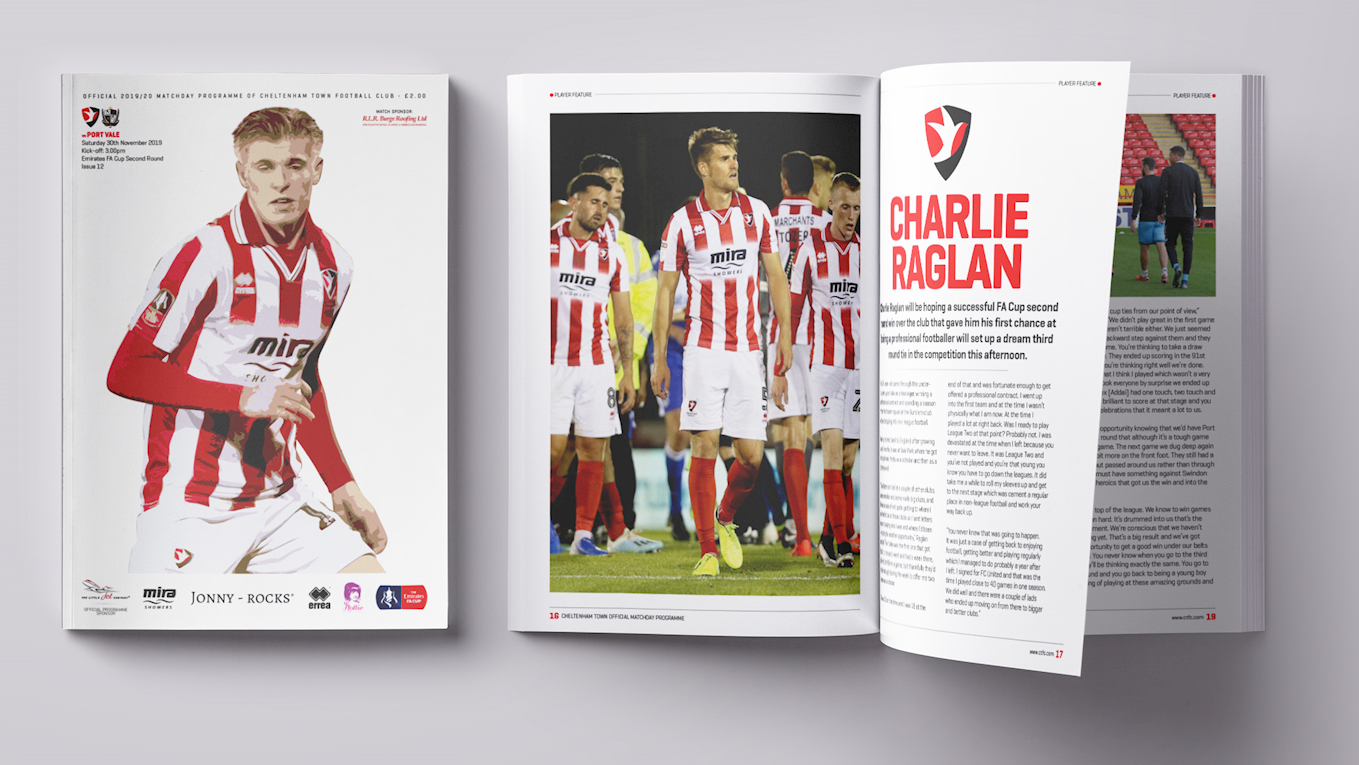 Stay up to date with events at the Jonny-Rocks Stadium by following @CTFCofficial on Twitter. Goal and score updates will also be available on the club's Facebook page.

Hear full match commentary of Saturday's match by tuning in on iFollow with an audio match pass.

After the match visit the club website to read a match report and hear reaction from the manager.