First year scholar Aaron Evans-Harriott became the youngest player to represent Cheltenham Town in the club's Football League era last month when he came on as a second half substitute in the Leasing.com Trophy win over West Ham United under-21s.

Aged 17 and 22 days, the speedy attacker enjoyed the opportunity to pull on the first team jersey for a club he's followed as a supporter since he was a young boy.

Then recently he played a starring role in the under-18s FA Youth Cup first round win over Eastleigh, netting the young Robins second goal. It was a result that has helped the under-18s into the second round of this year's competition where they take on Portsmouth at the Jonny-Rocks Stadium on Wednesday.

The talented homegrown product has been sharing his thoughts on his first team debut, representing Wales as a teenager, and what he's hoping to achieve in his time as a scholar at the club.

It's been a few weeks since you made your debut for the first team. How have things been for you since then?

I've just taken it as it comes really. I just enjoy playing football. Being with the first team was unbelievable or with the under-18s I love those lads as well. I take everyday as it comes and just work hard.

How did you find your debut against West Ham United under-21s?

I really enjoyed it, it was a great feeling because I've been at this club since under-9s and it was amazing to play for this club and the fans.

When did you find out you were going to be in the matchday squad?

The day before Pete [Haynes] rang my dad on the Monday. I found out I was on the bench for the next day.

Before you came on and even before the game what sort of messages did you get off the manager before you went onto the pitch?

Pete spoke to me first on the phone in the morning and just told me to be myself and work hard if I do get on, and to play with my usual instincts to keep the ball, keep it simple and have lots of movement to try and get on the ball. Then Russ [Milton] said to me that out of possession to flatten out as a three and a lot of tactics. The gaffer was really supportive as well so everyone made it easy and it was a great experience. 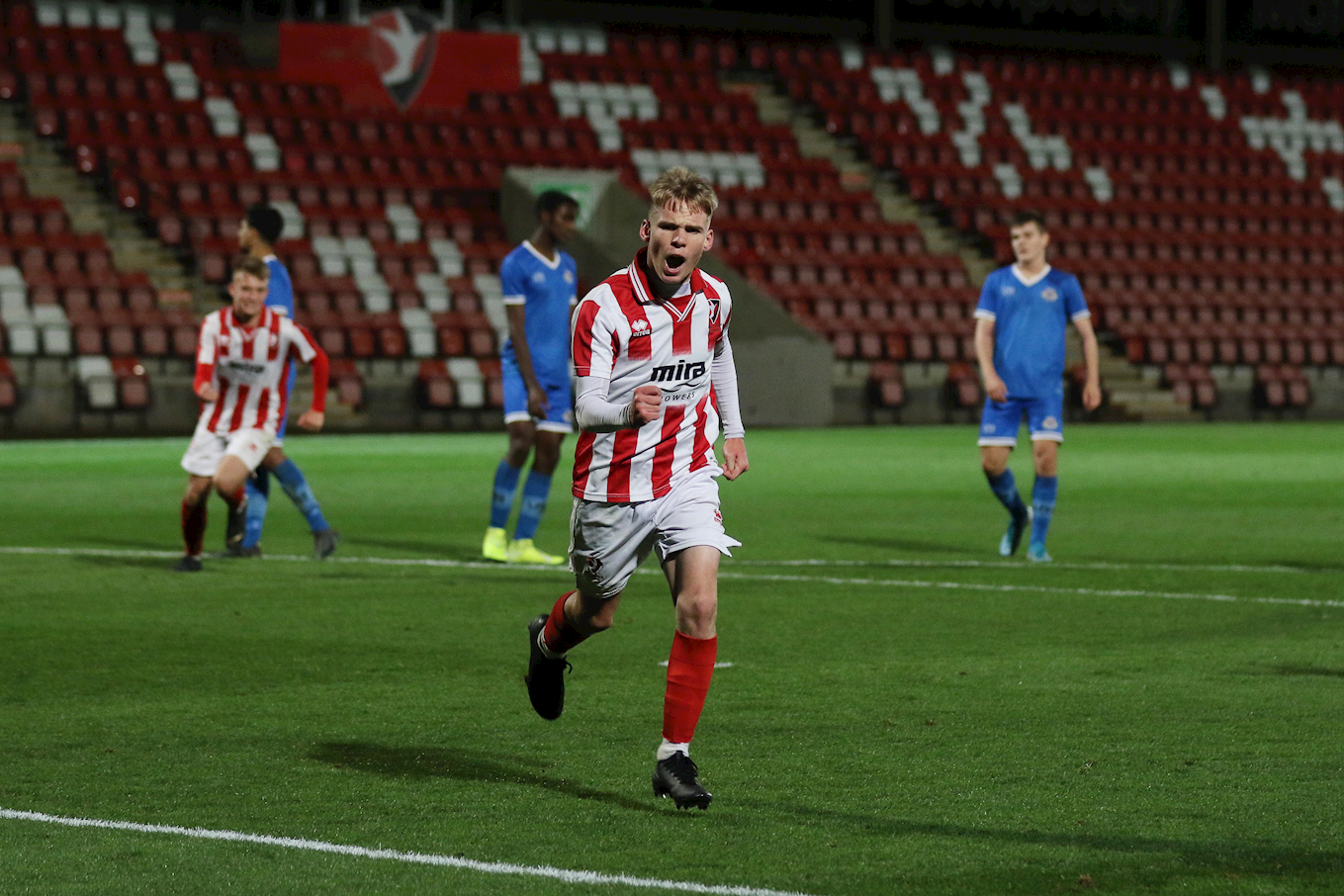 You've been here since you were in the under-9s. It must be special to have completed the process of going through every age group and then playing for a team that you used to stand on the terraces and watch?

Yes definitely. I've come to a lot of first team games over the years - every single season. To see the progression this is the best team we've had at Cheltenham for a long time. The gaffer has done really well and we've just really got on with it. It was great to be involved in that.

You're a long-term fan - what are some standout memories or players that have stuck in your mind from watching on the terraces?

You've been at Cheltenham nearly your whole time playing football. Are there are any other clubs you've had involvement in?

They are mainly local teams when I was younger. I was at Aston Villa when I was seven for six months but I wasn't tall enough at the time so I got released. Other than that it has been just local clubs. 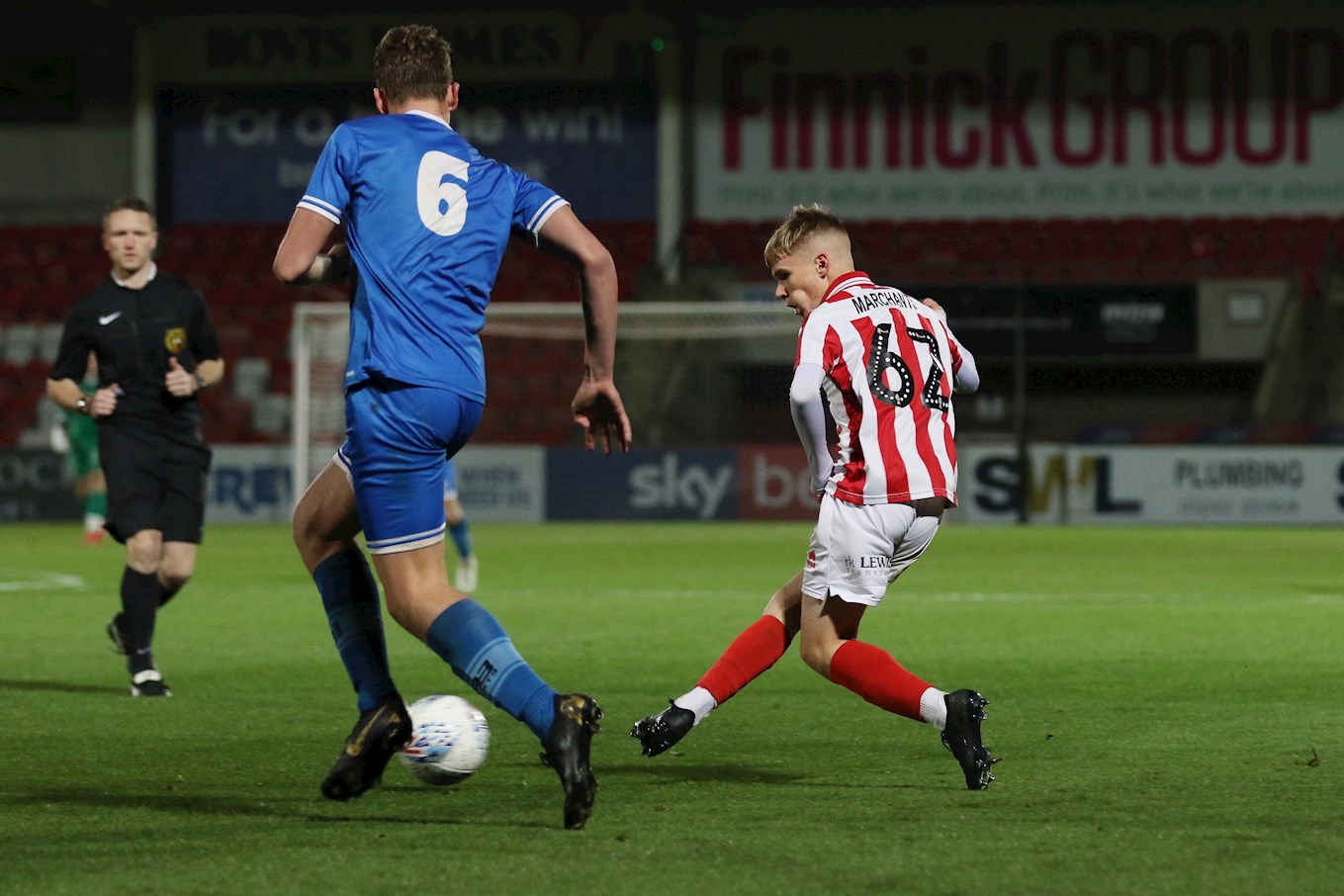 I'm half-Welsh and at under-14s I was lucky enough for Wales to scout me. They spotted me but at that age it was split into a south and north set-up. I was with the south team for a while and I played a couple of games for the south. I went to a lot of training camps and things like that. Then two years ago for under-15s I was able to play for full Wales in a national match against a region of France.

They must have been amazing experiences for you at that age?

That was when it really felt that football was proper - flying out to France and going into a totally different changing room and seeing all the Welsh kits laid out was amazing.

Did you know many of the other players being Cheltenham based?

There wasn't a lot of other category 3 teams to be honest - I was one of the only ones. There was a Manchester United player, a lot of Premier League club players and obviously a lot of Swansea and Cardiff players being the Welsh area.

Long-term the aim is to become a full time professional. What would you say your aims are the rest of your time as a first year scholar considering you've just come in and made your first team debut?

Mainly it is to keep enjoying my football wherever that may be. I would love to play for the first team again and have that opportunity. The main target is unbelievable but I want to keep enjoying my football with the under-18s and to keep developing as a player really because I just want to keep getting better - there's no limit - just keep working hard.

Evans-Harriott will be part of the under-18s team that takes on AFC Bournemouth in the EFL Youth Alliance on Saturday at The Energy Check Training Ground. Kick-off is at 11am.