Darren Carter enjoyed a career that saw him score the winning penalty as a teenager for his hometown club in the world's richest game of football to send Birmingham City to the Premier League.

The midfielder made over 70 appearances in the Premier League in a career that has taken in spells with the Blues, West Bromwich Albion, Sunderland, Preston North End and Millwall.

He has also spent three years of his career right here in Gloucestershire representing both ourselves at the Jonny-Rocks Stadium and also local side Forest Green.

As first seen in Saturday's match programme, Carter recently looked back on his time with the club and his time in the county, as well as discussing his current endeavours hoping to help Solihull Moors push for promotion to the Football League for the very first time.

You spent the 2012/13 campaign at Cheltenham Town. What do you remember from it?

It was the year I got back to playing. I missed the year previous with my abductor injury which kept me out for the season. I’d been out of contract that year as well so I’d done all my rehab at Birmingham and it was a season which I completely missed. It was just great to get back playing. Mark Yates was the manager at the time and he gave me the opportunity. Initially it was till January and got extended for the season. It was a season of what ifs; we were in the mix for the top three all year and fell away at the wrong time. Even still we were confident going into the play-offs but the two games against Northampton in the end we couldn’t get over that hurdle.

You didn’t get on the pitch in the play-off semi-finals against Northampton. What were your thoughts on that?

We played Oxford on New Year’s Day and I picked up an innocuous ankle injury. It ended up to be quite serious and I missed about four to six weeks with that. Even when I came back it was one of those injuries that was hanging around. I can remember having a good three months from January to March time where my ankle wasn’t a hundred per cent. I managed to play through it a little bit. When it did come to the crunch games at the end of the season I was on the bench and the manager at the time, Mark Yates, decided to go down a different avenue and I was watching on. That was disappointing and frustrating but coupled together with that ankle injury it derailed my season a little bit. 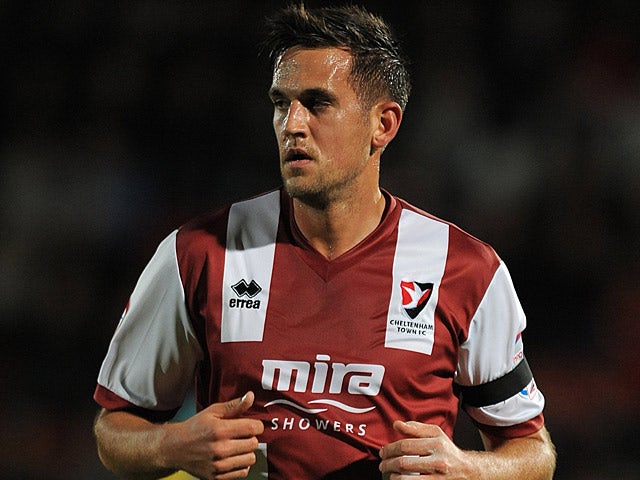 You played in the FA Cup third round against Everton and had some other big games in your time here?

The first half of the season I felt great and in great form. I think I had five goals by the end of the December and then that ankle injury came pretty much on New Year’s Day. I played an hour in the Everton game but I was hobbling around for the majority of it. I couldn’t probably enjoy it as much as I wanted to do even though it was great to play against Everton – it was a full house at Whaddon Road. But the ankle injury impacted me quite a bit so the enjoyment level wasn’t as much as I would’ve liked. It was two different halves to the season for me – the first one being good and the second one frustrating.

You had a longer spell with Forest Green. What were your overall thoughts of your time there?

Again it was really enjoyable for three quarters of it. My first season there we got to the play-off final and eventually lost to Grimsby. Again that was a season where we were fighting it out with Cheltenham and they deservedly pipped us to it. We were super confident going into the play-offs and on the day at Wembley it can go either way and unfortunately for us we met a very in form Grimsby team who were flying high towards the end of the season and their momentum pushed them over the line in front of us. The first season ended in disappointment but I enjoyed that year. My second year Mark Cooper took over. The first half of the season we were unstoppable at times. The football we were playing and we were top of the table. Then it got to Christmas time and it seemed to change a little bit. Results didn’t go our way and then Mark Cooper brought in a few players to try and shake things up. The second half of the season for me was a little bit in and out. We managed to get ourselves into the play-offs but after speaking with Mark Cooper just before the play-offs started he felt it best that I watched on from the side-lines so I came to an agreement with the club to leave. Ultimately then I missed out on the play-off final and picking up a medal. That’s something that is probably going to be a big frustration in my career, the fact that I put in so much hard work and dedicated a lot of effort and commitment into taking Forest Green to the Football League. To ultimately then right at the end of it to be denied the chance to celebrate and pick up a medal. That’s something will sit with me for the rest of my career as a regret. For three quarters of my time at Forest Green I absolutely loved it. It was one of the more enjoyable spells of my career. 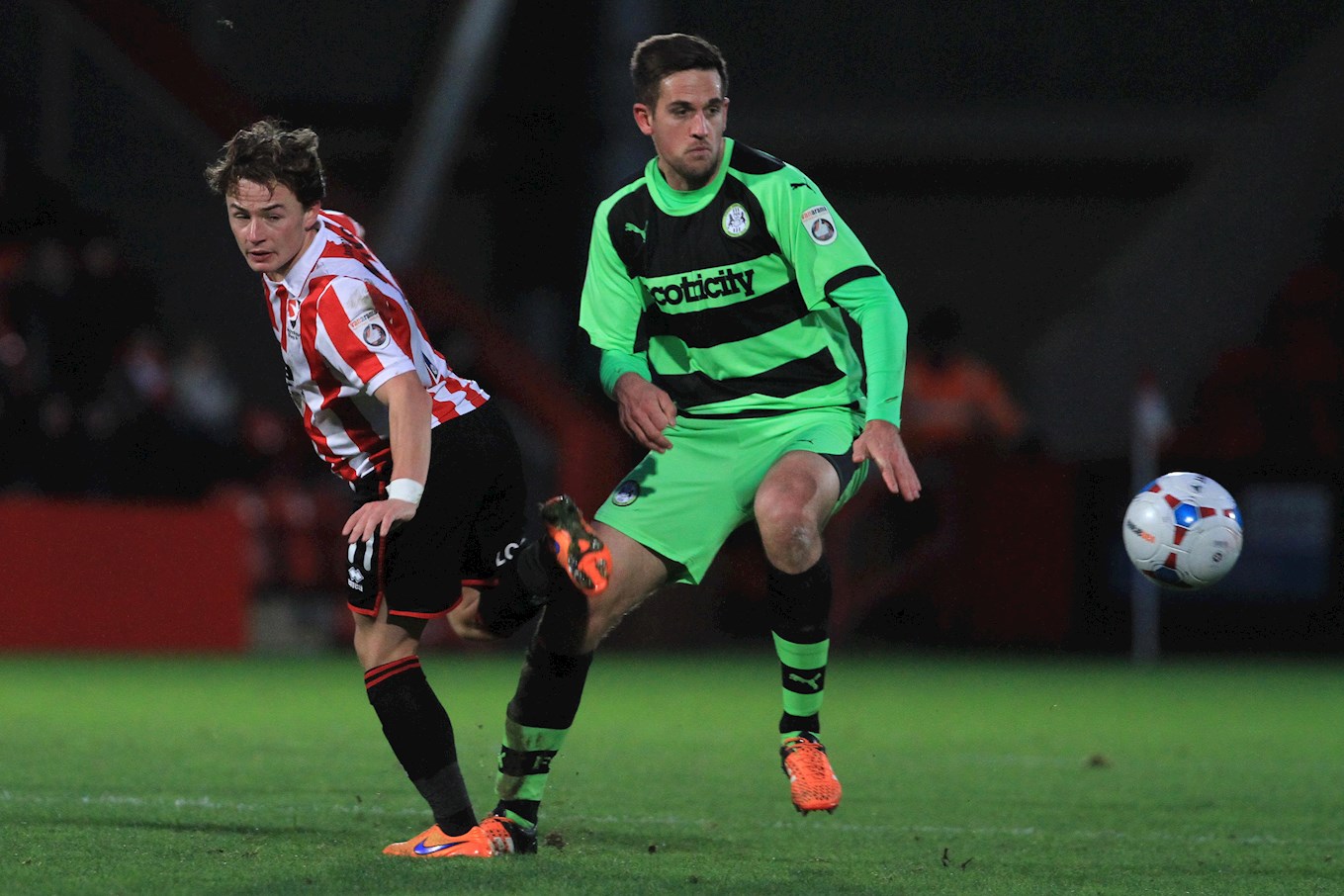 You made your FGR debut against Cheltenham on a Tuesday night at The New Lawn in the National League. What was that like having not played for a while to be thrown into a game like that?

I can remember the game being quite frantic as you can imagine. A Tuesday night at The New Lawn and the ball was zipping about. Two very good teams were going at it and for me it was probably the best game because the adrenalin was running. I managed to get through the game and felt pretty good. I hadn’t played for a little while so I was buzzing to be back out there and to be playing in such a big game. From then on it was a battle of the two clubs for the rest of the season – who could finish in top spot.

I’m at a stage of my career where playing is still a key component of my time and dedication. I want to enjoy the years I’ve got left playing. Alongside that I’ve got other things for when you do hang your boots up and coaching is an avenue I’ve gone down in the last two or three years and I’ve really enjoyed that. That’s something I’ll definitely pursue when I do retire. The media stuff is something that when I had that year out before I went to Cheltenham I did my time in the media and loved that. That’s something I’ve managed to keep going all the way through now since then – that’ll be another side of football to pursue when I finish playing.

Copies of Saturday's match programme, and from all home fixture this season, are available to buy online via the club shop.