Rex Dunlop, one of Cheltenham Town's leading players of the 1950s, has passed away at the age of 91.

Rex joined Cheltenham Town from Workington in the summer of 1957 and went on to make 147 appearances, scoring 34 goals in a successful team. During his first three seasons at Whaddon Road the Robins finished sixth, fourth and fourth again in the Southern League table. They also won the Southern League Cup in 1958 and took Watford to an FA Cup first round replay in 1959.

William Rex Dunlop played youth football in Scotland for Baillieston Juniors before being given a chance by Rangers in July 1948. He spent five years at Ibrox Park, graduating from apprentice to sign as a professional and made a handful of first team appearances plus a loan spell at Dumbarton. He also appeared for the club in the 1953 Coronation Cup, a friendly tournament arranged to commemorate the coronation of Queen Elizabeth II. He played for Rangers against Manchester United before a crowd of 75,000 at Hampden Park, United winning the game 2-1.

Rex left Rangers to join Workington in Division Three South for a £3,500 fee in November 1953. He spent the next three seasons at the Cumbrian outpost, making 110 League appearances and scoring 20 goals but was placed on the transfer list at his own request and Robins manager Arch Anderson lured him down south to Cheltenham Town in the summer of 1957. 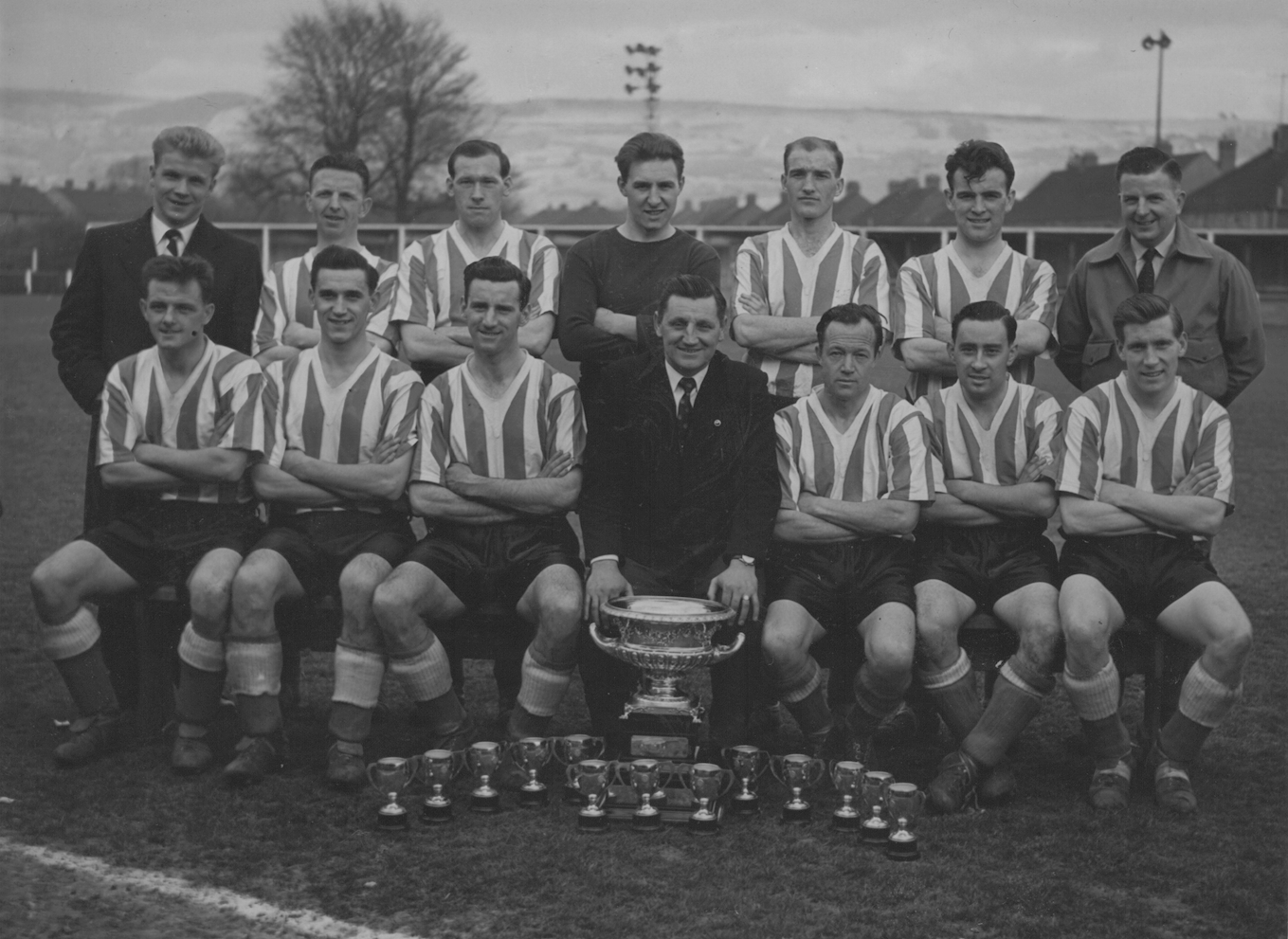 Rex made his initial appearances for the club at inside forward but quickly reverted to right half and soon established himself as one of the best wing halves in the Southern League. He also became the club’s regular penalty taker and scored his first 20 spot kicks for the Robins. He bagged 21 goals in his first season at the club despite playing in the half-back line as Cheltenham scored 115 league goals in 42 matches.

At just over 6ft tall, Dunlop was an imposing but composed figure on the field, comfortable on the ball and capable of striking up an excellent on-field understanding with his team-mates. He remained at Cheltenham Town until mid-way through the 1960-61 season but with the great side of the 1950s breaking up, Rex began to concentrate on life after football and returned to live in Cumbria where he became assistant manager of a paper mill and later ran a dry cleaning business.

His funeral will take place at Whitehaven, Cumbria on Friday 7 June and our thoughts and condolences go out to his family and friends at this sad time.

Rex is photographed receiving the Southern League Cup following the 4-1 aggregate final victory over Gravesend & Northfleet in 1958 and is front row third from left in the 1957-58 team photo.