The early bird deadline for 2019/20 season tickets at Cheltenham Town is fast approaching, and there are lots of great reasons about why you should purchase a season ticket for the Robins upcoming campaign.

The early bird deadline finishes on Friday and the ticket office is open until 8.30pm on Thursday and 7pm on Friday selling season tickets for the new season.

You can also buy online at any time, so there are plenty of ways of making sure you're #MadeOfCheltenham for the exciting season that is to come.

Take a look through some of the great reasons why the 2019/20 season is something to be a part of at Cheltenham Town:

One of our own at the helm 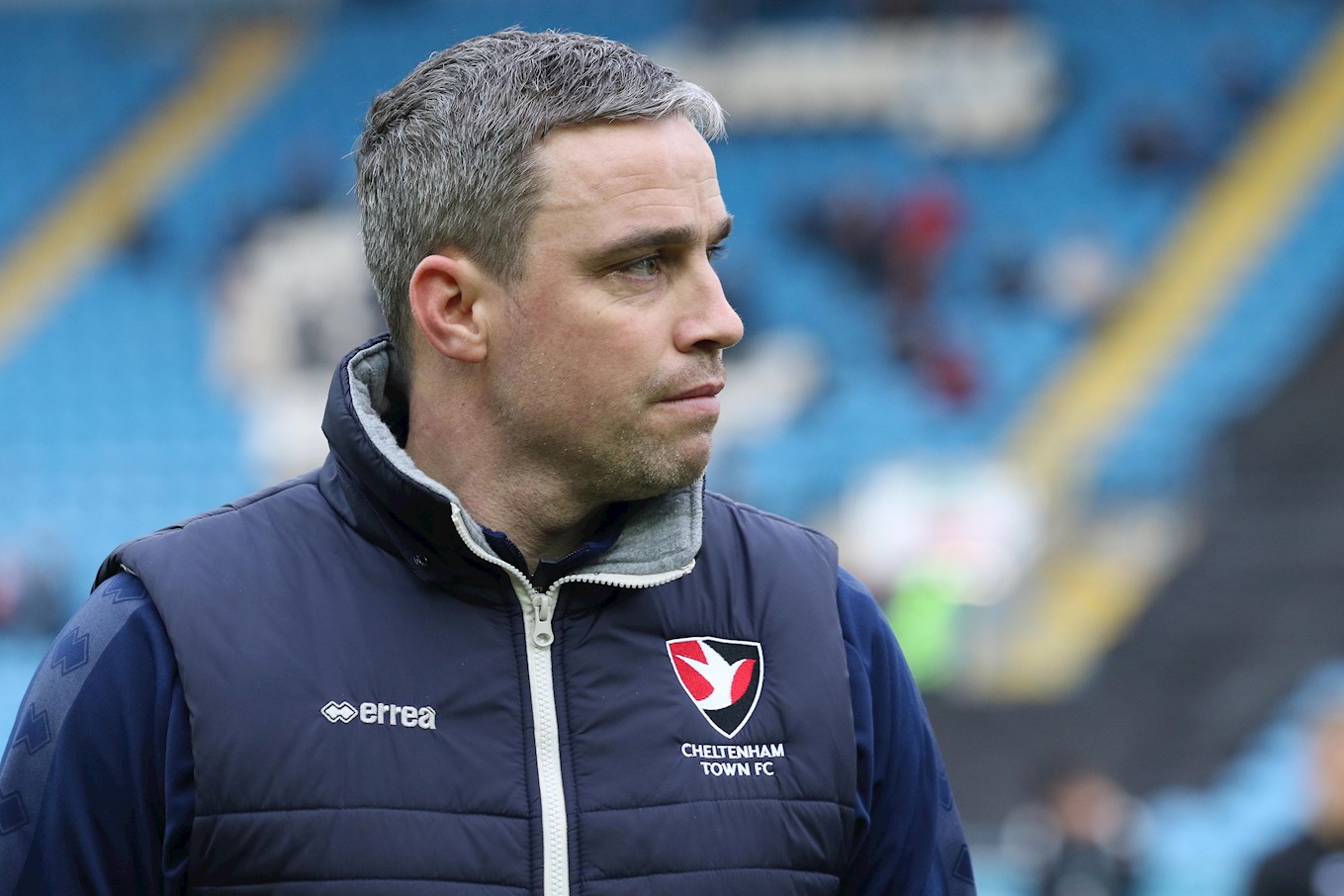 Rising through the ranks and going onto make over 300 first team appearances for the Robins, the club's first full international and a career spent earning legendary status in the top flight of English football with Burnley, boss Michael Duff is well and truly #MadeOfCheltenham.

Since his appointment in September he has guided the club to its highest finish in League Two since getting back into the fourth tier, with a strong identity and stylish brand of football.

With his first full season in charge approaching, the man whose goal helped the club claim their place in the Football League for the first time on that famous night against Yeovil 20 years ago, will be leading the charge at a Cheltenham that's very much about the whole club coming together to progress forward as one.

His backroom team including assistant manager Russell Milton and goalkeeper coach Steve Book join Duff as true Robins winners who have played their part in the club's history over the last two decades.

Commitment on the field 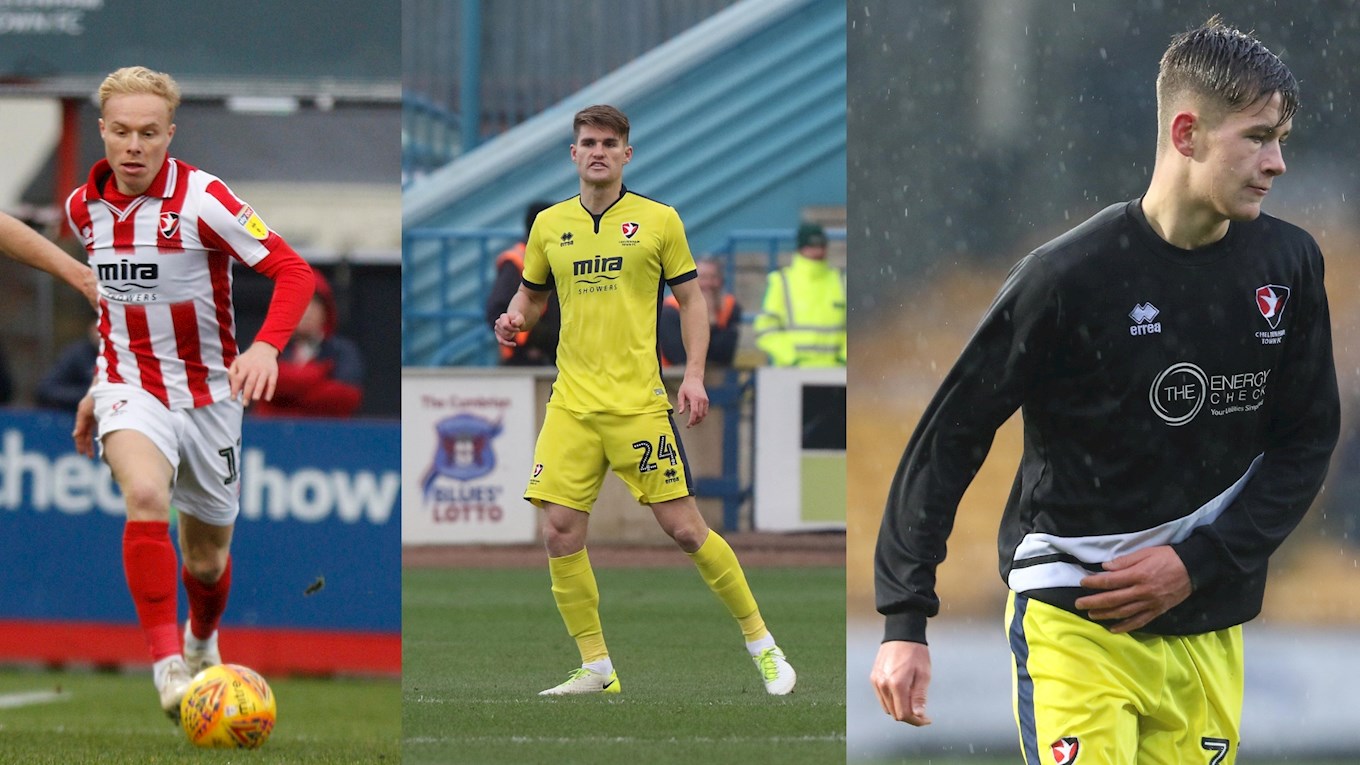 Members of last year's squad have committed their futures to Cheltenham Town. Many not just for one year, but for two, in the belief that under Michael Duff there's something building at the Jonny-Rocks Stadium.

Ryan Broom has extended his contract by an additional two years, Charlie Raglan opted to sign permanently on a two-year deal after his loan from Oxford United, while Alex Addai, Luke Varney, Chris Clements and longest serving players Rhys Lovett are among some of the others who will don the club's colours again in the future.

The Cheltenham Town production line has generated even more talent once again. Archie Brennan, who first became a Robins player at the age of 9, has become the latest player to earn a first professional contract from the youth team, another who is #MadeOfCheltenham.

A great offer on the early bird season tickets 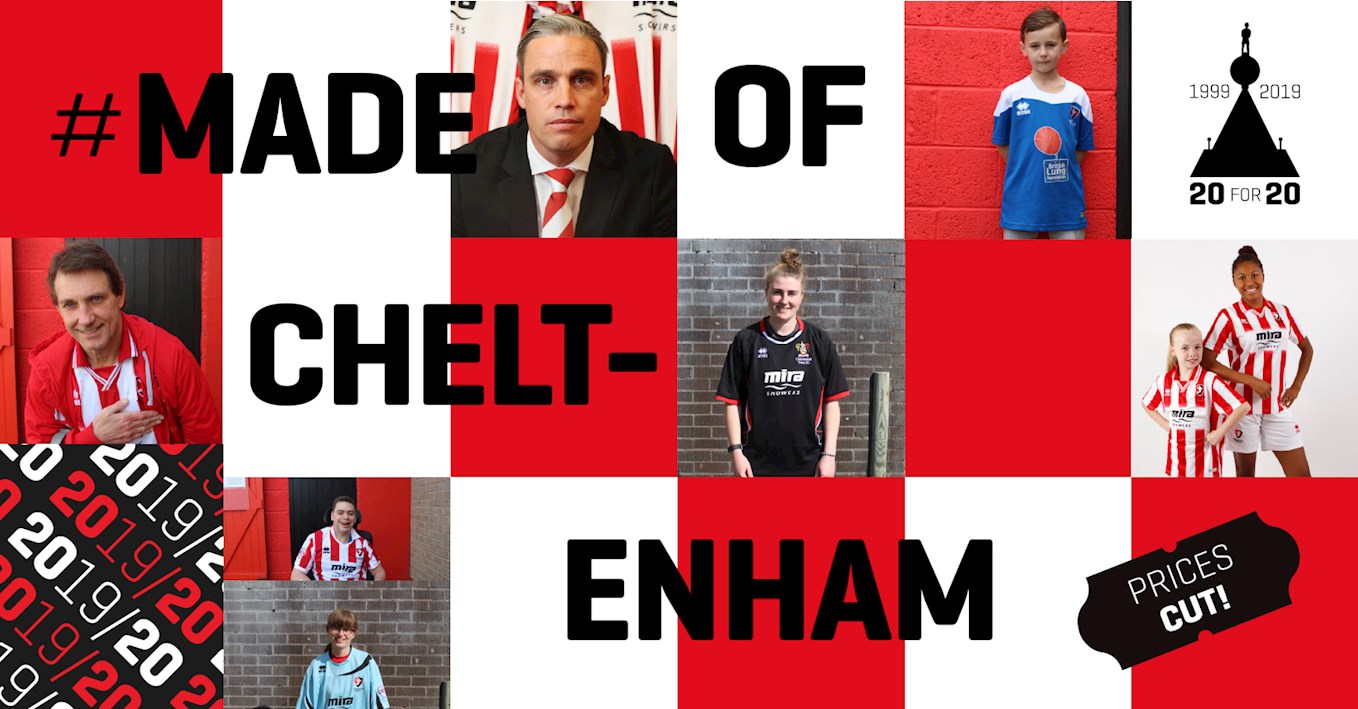 To celebrate 20 years since the club's first promotion to the Football League, this year's early bird season ticket offer has plenty of incentives for Robins fans to purchase a season ticket before the early bird deadline on 31 May.

Adult prices have been cut and under-16s can proudly wear their Cheltenham colours around the town by receiving a free shirt as part of their season ticket.

There's also a new age category for 16 to 22 year olds. This represents a fantastic discount for this age group. A 16 to 18 year old purchasing a 16 to 22-year old season ticket can receive a saving of £84 in seating areas and £63 in standing areas.

While an 18 to 22 year old can save up to £411 in seating areas and £316 in standing areas with this category season ticket too. 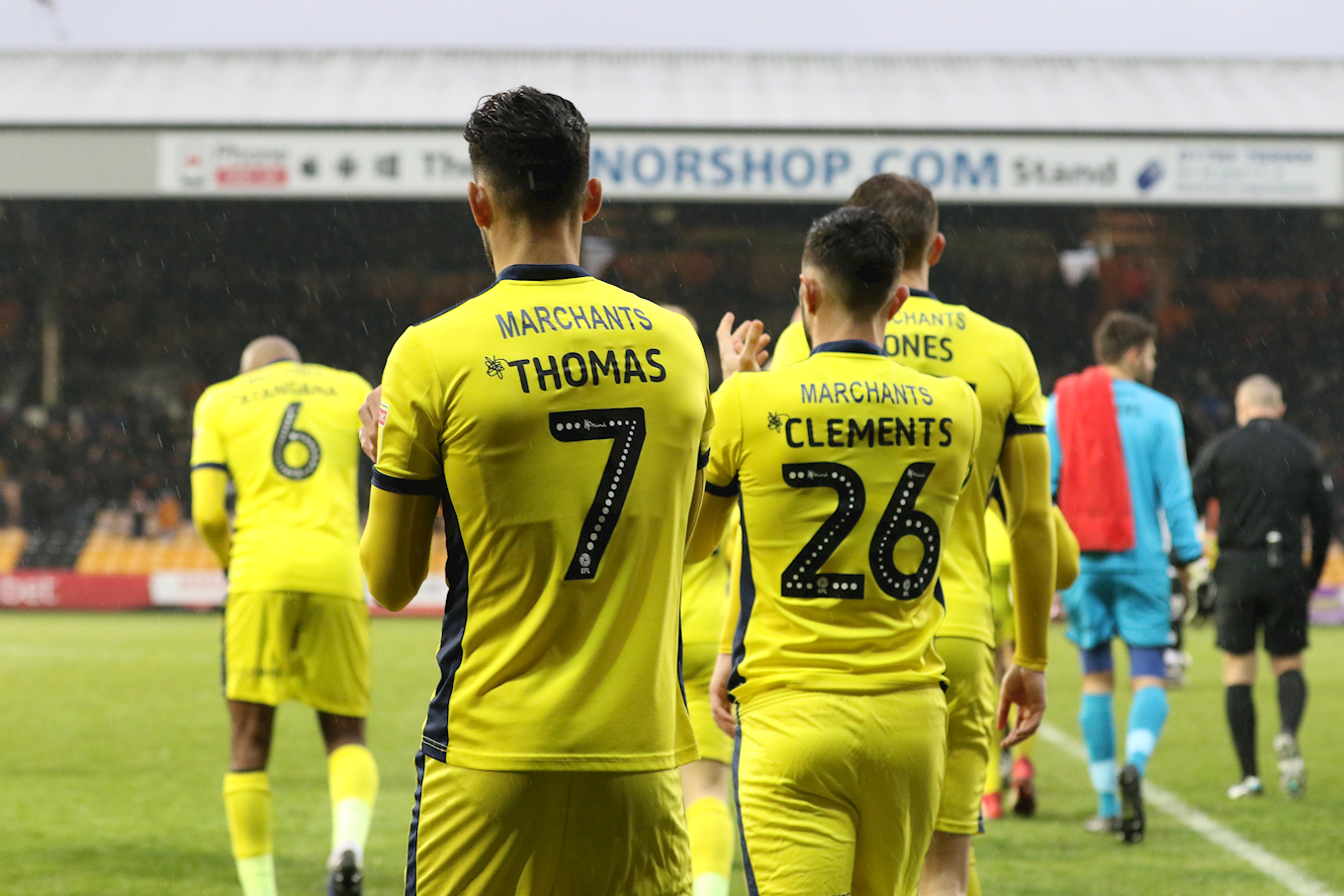 Robins fans will be able to model a new look in the next couple of months when the club launches its new away shirt which the team will wear for the first time during the 2019/20 campaign.

In July the club's new away shirt will be revealed for the first time and fans will be able to purchase it from the club shop moving forward so they can wear the same colours the players will wear on the road. 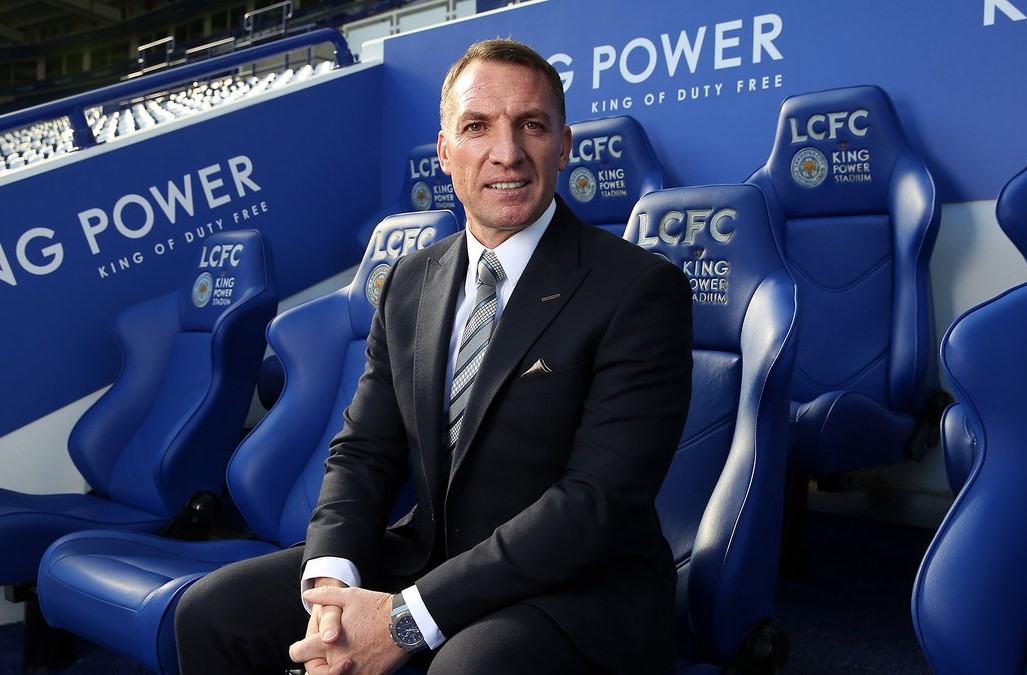 Brendan Rodgers Leicester City side will visit the Jonny-Rocks Stadium on Saturday 20 July in the build up to the club's League Two campaign.

The 2016 Premier League champions have been announced as visitors alongside Bristol Rovers so far, who are coming to Cheltenham on Saturday 27 July.

Pre-season games at Stratford Town, Taunton Town and Bromsgrove Sporting have also been confirmed, with more pre-season fixtures still to be announced.

It'll be an exciting time to see how the team is shaping up ahead of the 2019/20 season and some of the new faces Michael Duff will be bringing to the club too.

Free entry to support the Ladies 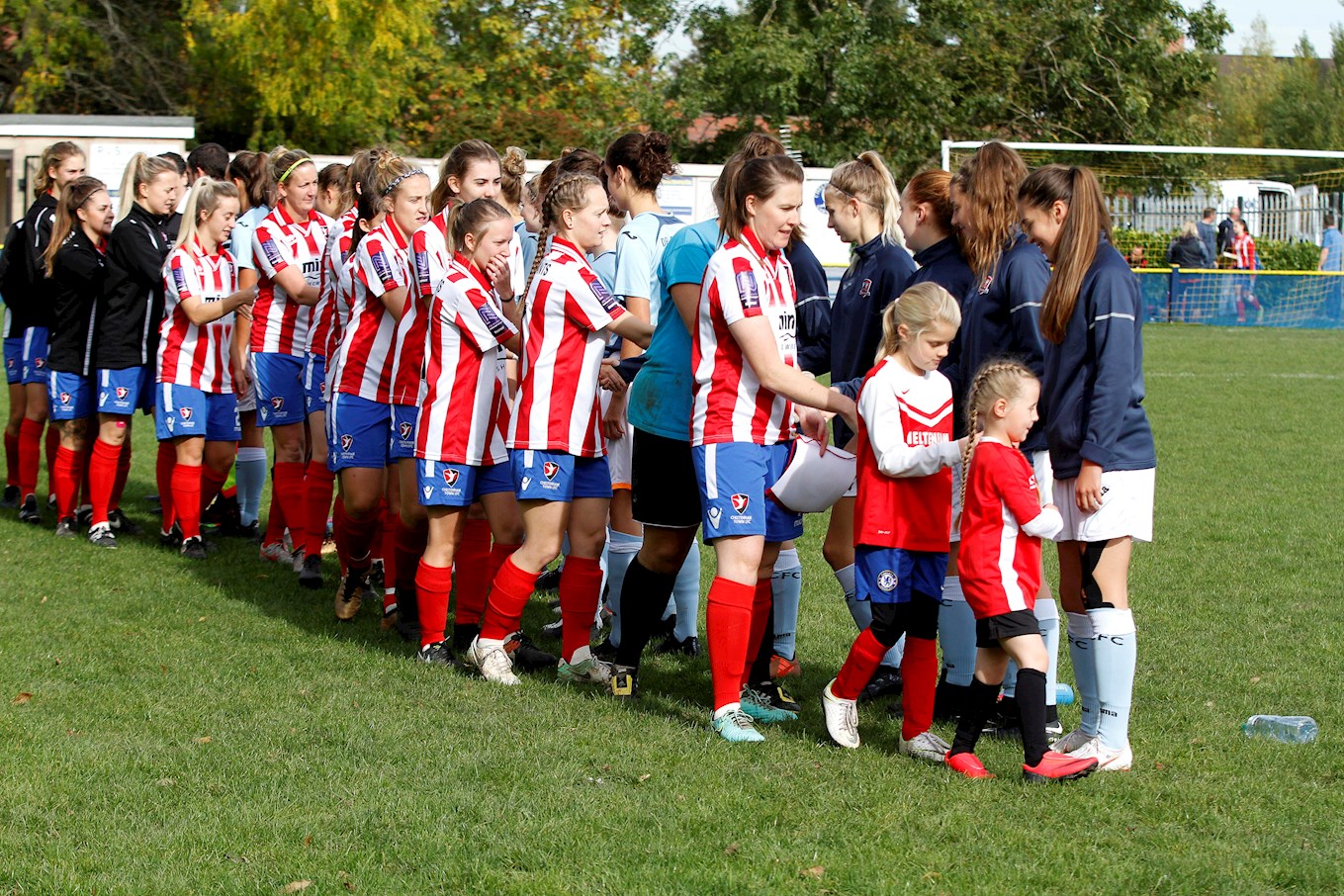 Alex Cheal's Ladies side enjoyed a fantastic season last time out. They finished 4th in a much improved campaign that also saw them lift the Gloucestershire Women's Trophy.

They also hosted their final home game of the season at the Jonny-Rocks Stadium, clinching a point in a dramatic finale at home to Swindon Town Ladies. 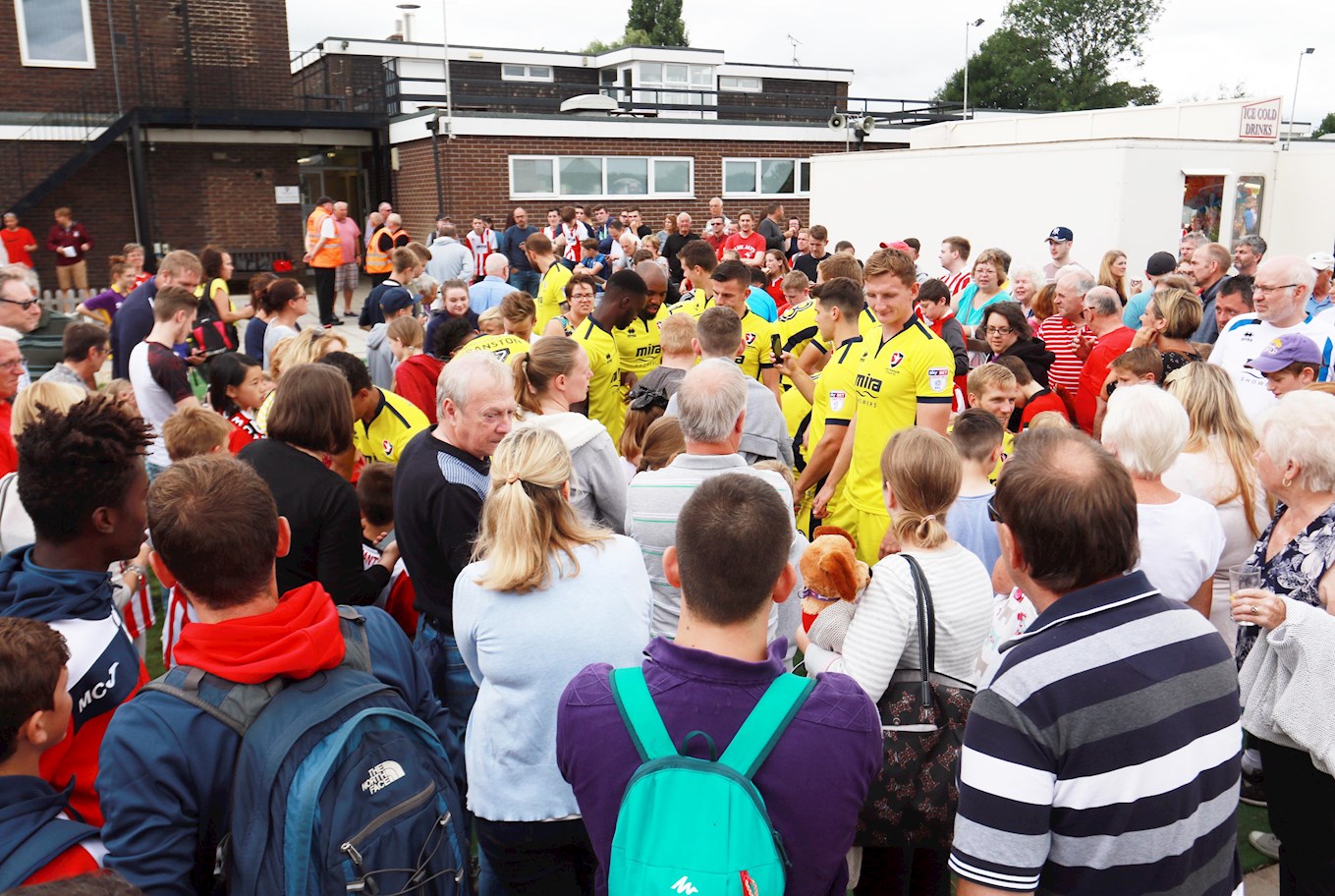 The club's open day will be held on Sunday 28 July between 11am and 1pm at the Energy Check Training Ground in Swindon Village.

There's going to be a strong focus on the participation of our young supporters and interaction with boss Michael Duff and the first team squad.

Supporters will get the chance to meet the players and there will be opportunities for the kids to take part in training sessions hosted by the club's Academy and Community coaches.

A Legends' side will also take on a squad of season ticket holders in a match too.

There are loads of great reasons to purchase a season ticket before the end of the early bird deadline on Friday for the 2019/20 season.