The club’s under-18s manager joined other coaches on the trip to learn from some of the biggest clubs in world football, focused on playing opportunities abroad, player development and player care.

Below, Haynes looks back on his trip and what he is looking to bring to the academy set-up at the Jonny-Rocks Stadium from the experiences he learnt from his trip with the LFE.

Can you give us a general overview of what the trip was about?

The trip was Erasmus + funded through the League Football Education (LFE). I applied and was one of the coaches who got to go. The fund is for people working with apprentices, it doesn’t have to be in the football field, but for apprentices between 16 and 19. The LFE applied for coaching staff who work with those players as part of a CPD coaching placement so we can bring ideas back to our clubs to work with our young players. The main objectives of the trip were around job opportunities abroad for players and playing opportunities, as well as player care away from football, so how we’re supporting players and their development. Everyone says that good people make good footballers, so we need to do more to support them away from the club, so there were different strategies and ideas around that. From a personal point of view the CPD to observe different clubs, different training sessions and different methodologies which hopefully I can bring back and put into practice at Cheltenham to benefit our young players.

What for you were the stand out experiences from the trip?

I got to watch Atletico v Juve Champions League game which was a brilliant game to go and see live. We did a two day sharing best practice event so loads of different clubs at different levels presented. There were English clubs like Man United and Blackburn, but also Barcelona, Real Madrid delivered on their methodology and education, but also clubs like Sevilla, Sporting Gijon and Rayo Majadahonda who are second division – so it’s interesting to get a different scope of what clubs do. The final main one was getting to watch Real Madrid B train and just seeing the way they put tactical work into practice and that was a really interesting way of doing things. It’s good to see the more European ways that are different to the English way. 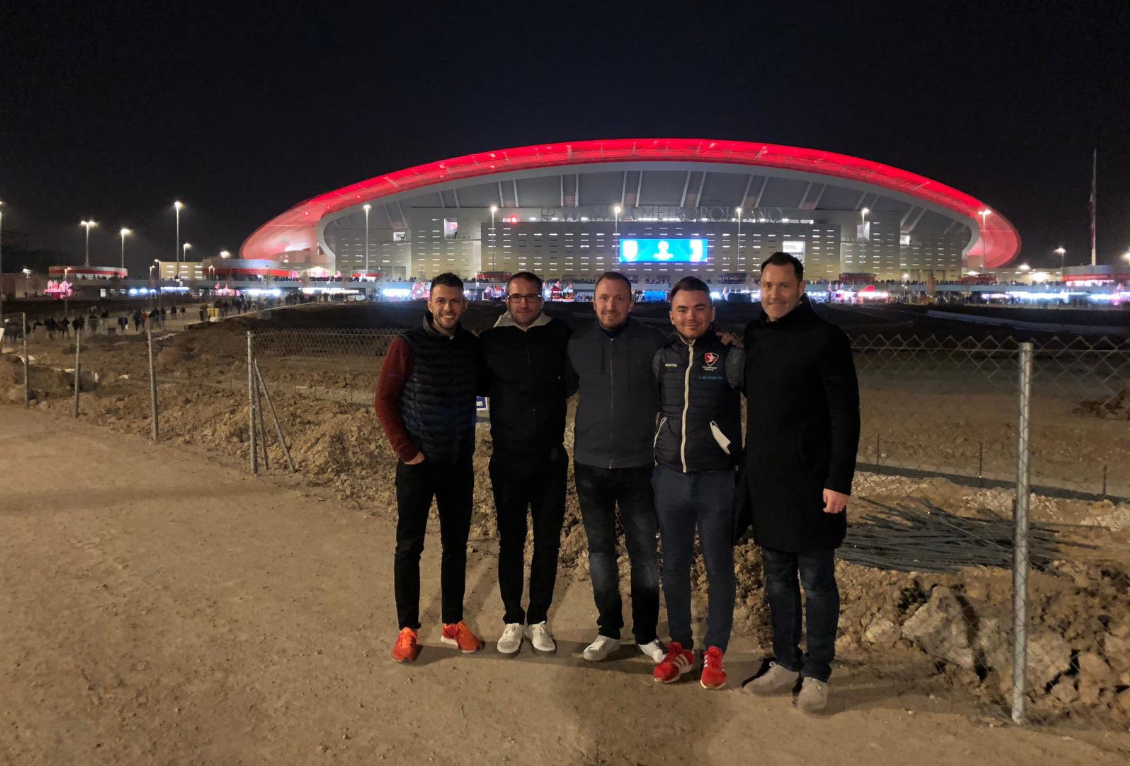 Are there things you saw that you’d now take onboard to what you do at Cheltenham?

Yes definitely, particularly the player care element and how we can support our young players all the way up through the age groups in terms of their development away from us, whether that is hobbies and really buying into them as people – that was the main key message. The second one was around methodology and the way that we coach. It was taking ideas around the way the Spanish seem to be far more tactical orientated, especially at the higher levels. Everything is about the tactical side and the game and whether you can relate everything to the game. It is something we try to do in England anyway, but the strategy and the methods that they were employing would be a useful thing to utilise here.

Would you say what they do is different to what you’re doing here in England or are there similarities anyway?

There are similarities in the sense of 11v11 work but there is more of a sports science implementation in Europe. Everything is geared around sports science integrated with the practice – I think that’s something we need to learn from, I think on the flip reverse training in England is far more intense and is done in a far more intense way. Whereas out there it is very chilled, going through the motions and I think the weather helps because when it’s so sunny they can spend hours outside and go through things. Training sessions here everything is done at match intensity which I think is the best way because you have to train how you play – that good old cliché, whereas over there it’s very much go through the motions, tick over, tick over, then for the game they’re ready. Those are the two main contrasting things I’d say. 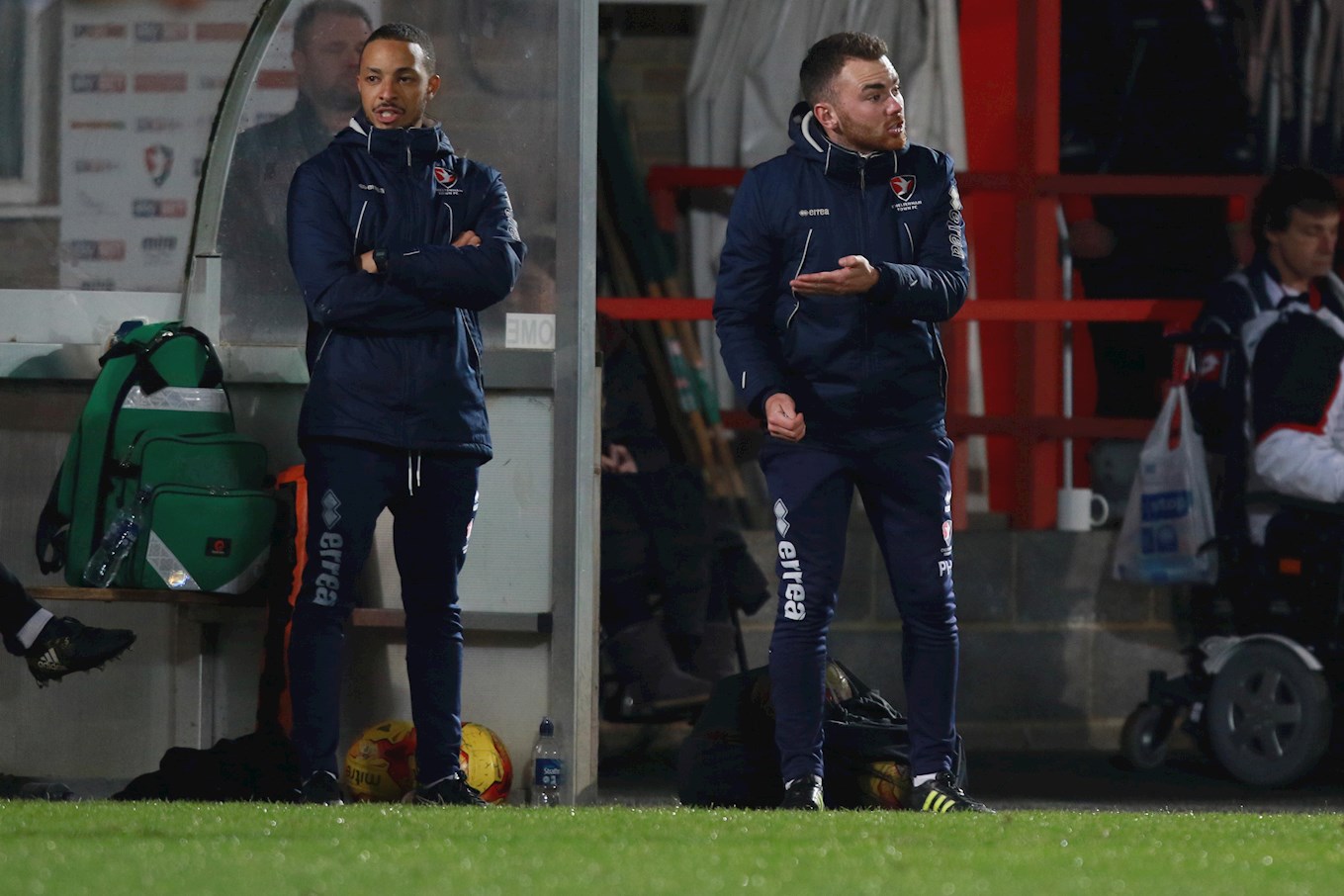 The club have gone to Benfica to train and they’ve been impressed by some of the young players in the club’s academy. Is it good to have those links internationally with different cultures?

We need to make sure we give players the best opportunities possible, and if that is opportunities abroad then that’s important. The Erasmus trip was all around understanding for me as a coach what opportunities there are abroad for our players as routes to go on with their football. Lewis Clayton, a former scholar, is now going out to Sweden with the LFE. There are different opportunities for younger players, such as with the Benfica link, all of those help the players and if that helps them in our environment to hopefully go on and be professionals at our club that’s great, but if it helps them to go on and have a career elsewhere that’s great as well. Our job is to get players through to be playing football whatever level that is, that is our job, so any strategies or advice we can pick up abroad or locally is really important.

You have been in charge of the under-18s team at the club for a couple of years now, how much do you think you’ve progressed in that time from being given the role at a young age?

I would say it’s polar opposite. I was thrown into the deep end a little bit in terms of my own coaching experience. My coaching age was relatively young and still is relatively young, so I think the difference in me from then to now is there’s definitely a confidence shift. I always thought I knew I could deliver what was expected and needed, but now I believe I am doing it regularly, which is important. In terms of coaching previously I might have done the young coach thing of trying to reinvent the wheel and change the world, but now I realise the game is simple and the more you simplify it for the players the more detail they can then take on. Also being far more involved in the multi-disciplinary team environment – utilising all staff, utilising the sports science, and trying to integrate it all into one because all of that is part of the development. I think as a coach I am far more well-round and more confident, and try not to be a Pep Guardiola or Jose Mourinho – sticking to what works for our players and training is relative to the game.