Balancing life as an operational firefighter and playing football is part of the daily routine for Cheltenham Town Ladies Naomi Purvis.

The defender was a part of the Ladies team that picked up a superb three points on the road at Southampton Women last week, a result that has seen her side move up to third place in the FA Women’s National League South West Division One table.

Unlike her male counterparts, Purvis’ day-to-day routine as a firefighter often has to take priority over her football, where she has established herself as accomplished member of Alex Cheal’s squad in the Ladies 30th year of existence this season.

A driven individual who is playing a key part in helping the Ladies record one of the greatest seasons in their history, Purvis has revealed her delight at the continual improvement within the Ladies set-up, and how football can be the ultimate escape from life in the Fire Service.

The Ladies are into another County Cup final, you must be delighted with that?

We expected to this season what with the likes of St Nicks and Forest Green folding and going out early doors. It’s always one of our aims at the beginning of the season. This will be our fourth or fifth County Cup final in a row. We’re pleased to get there and we’ve performed probably the best we have than other seasons.

In terms of your league campaign it’s 15 games in and you’re 3rd, would you have taken being in that position at the start of the season?

Following last season I would have taken anything other than bottom or second from bottom. The fact that we’re fighting for second or third, is remarkable. The turnaround is amazing and I’m so pleased to be a part of it.

You’ve played 16 games so far this season. In terms of your personal campaign are you pleased?

There are a lot of young players in the squad doing well. Are there any particular individuals you think have caught the eye?

I think Georgia Brown by far – she’s new this season but we’ve seen her develop as the games have gone on. Another one is Ellie Briscoe – she’s been with us a couple of seasons now and I think only really in the last few months have we seen her come out of her shell. She has been absolutely phenomenal. A lot of the younger ones are new this season, they’ve all had a great impact on the team and it has been quite nice. It’s good to see them getting the opportunity because when I was 16 that wasn’t available to me, so it’s good that we are getting the youngsters up. 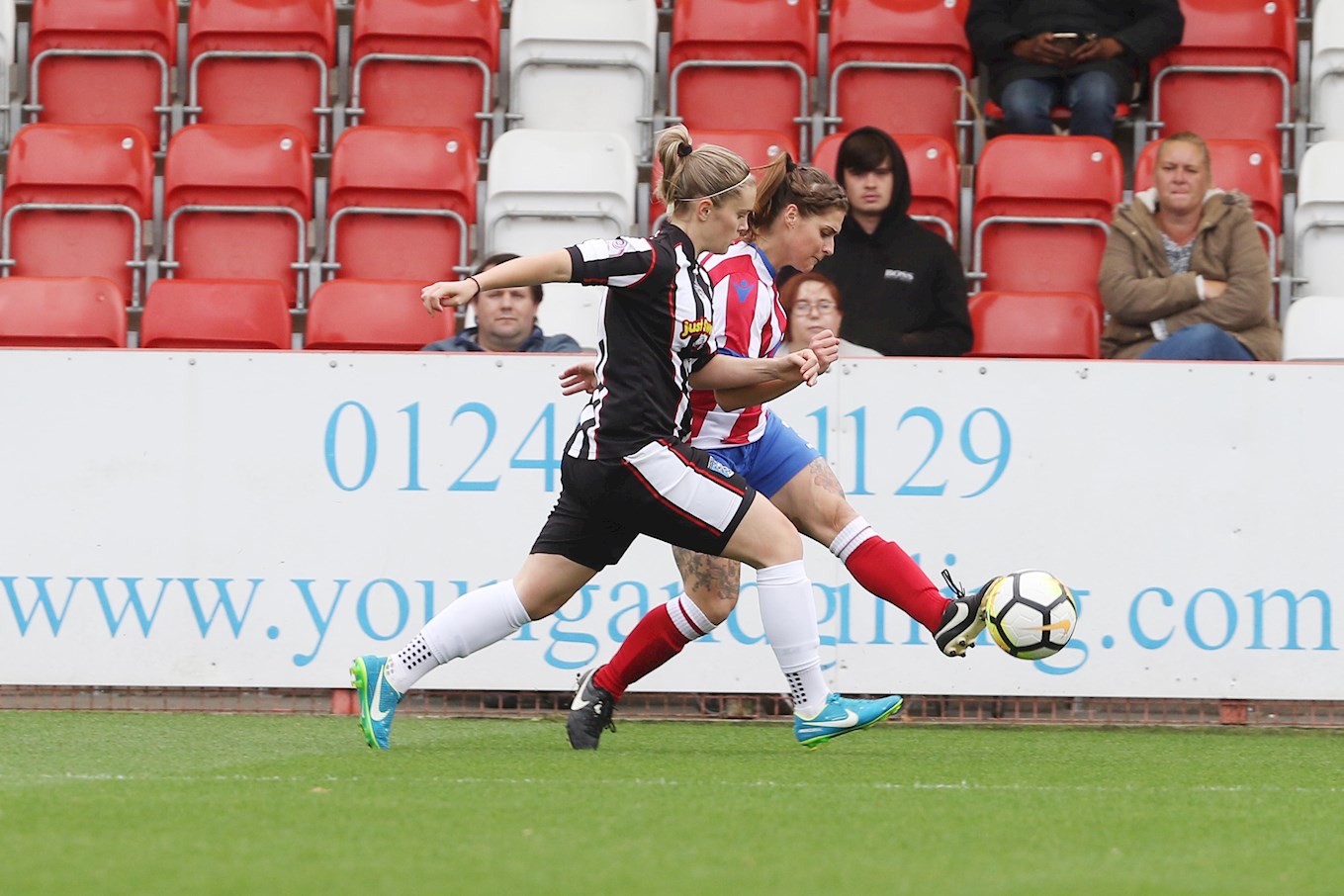 In terms of your firefighting work, what do you do work wise away from your football?

I am an operational firefighter. I’m literally just completing my first year so that’s taking up a lot of my time. I attend emergencies, fires, road traffic collisions, flooding, people that might be trapped and all sorts. It doesn’t affect football – the only time it does is when my shifts are on a Sunday or Tuesday night which does happen. But the manager Alex Cheal has been brilliant, once I made him aware of that he understood and I’ve still been part of the team. There have been some games like when we played Poole I couldn’t play, but I came back straight in for the County Cup semi-final and I still feel part of the team. It is probably the first year where I’ve had that struggle really where I’ve not been able to give up a Sunday or Tuesday night to football, I’ve had other things to manage.

Being a firefighter must be an incredibly testing job, does football help you switch off from that?

Definitely – if I’ve finished a night shift it helps so much being able to go and kick a ball around with friends and it’s competitive – that is what I love about it, it is so competitive. It gives me that escape. Work is work but I’ve played football for 15 years so it is such a big part of my life.

This is my fourth or fifth season at Cheltenham and before that I was always at Newbury which was a local club to me as I used to live in Newbury. I went from Newbury Girls from the age of 10 all the way up to the under-18s, and then went straight into the women’s team, and then I moved to Cheltenham and that was it really. It’s always been Newbury or Cheltenham – I’ve always been that one club type of girl.

The Ladies are back in action this Sunday when they head to Hampshire again to take on Southampton Saints Girls & Ladies. Kick-off at the Universal Stadium, home of Sholing, is at 2pm.