The Robins go in search of an away three points when they head across the Severn Bridge to Newport County this evening in League Two (kick-off: 7.45pm).

Six days after Michael Duff’s men overturned Notts County with a 4-1 victory they are looking for a repeat performance in what’s all set to be a bruising encounter with the south Wales side.

Cheltenham have twice tasted victory against Newport this season, in League Two and the Checkatrade Trophy, and make the short journey targeting a clean sweep.

Kick-off at Rodney Parade is at 7.45pm for matchday 38 of the League Two campaign.

There are no fresh injury concerns to contend with. Nigel Atangana and Alex Addai are the only two to miss out through injury.

Matt Bower’s loan move to Weston-super-Mare means he’s unavailable, while for Ben Tozer and Cameron Pring there’s an opportunity to line up against one of their former clubs.

See what boss Michael Duff had to say about the game in his pre-match press conference:

Thirteenth place Newport are only four points ahead of the Robins going into tonight’s clash, but can look back on another memorable season where they knocked a top flight and Championship team out of the FA Cup, and hosted one of the best clubs in the world in the FA Cup fifth round.

A third round success over Leicester City, followed by a replay win against Middlesbrough, set them up with an eye-watering clash with Man City that saw the likes of David Silva, Leroy Sane and Gabriel Jesus feature on the Rodney Parade turf.

They have been highlights of another solid season in League Two for the south Wales outfit. They head into this evening’s game on the back of a last gasp midweek defeat at Northampton. Their most recent home run out though saw them overcome Carlisle United, while they’ve proven how effective they are at home not just with their FA Cup results but having also beaten the likes of Mansfield, Exeter City and Colchester there this season.

In Padraig Amond they have a 20-goal man, previously of Grimsby Town and Hartlepool United, who will be one to watch out for. Former Fleetwood attacker Jamille Matt is another who has recorded double figures thus far, while the January recruitment of Ade Azeez is another notable name in their forward line.

The likes of Mickey Demetriou, Scot Bennett and goalkeeper Joe Day are mainstays in a team that boss Michael Flynn continues to push forward since his appointment in March 2017. Assisted by former Cambridge United defender Wayne Hatswell, County are in their sixth consecutive season in League Two.

A 2-1 home win over Newport in late November was the catalyst for the Robins much improved home form in League Two this season. The Welsh side travelled to Gloucestershire positioned in the higher echelons of the division, but Michael Duff saw his side record their first home league win of the campaign thanks to goals from Will Boyle and Tyrone Barnett.

Bristol City loanee Antoine Semenyo had claimed a goal late on for Newport, but Cheltenham held on to gain maximum points, while also thankful that Mickey Demetriou’s penalty miss in the final ten minutes didn’t count towards the end result. 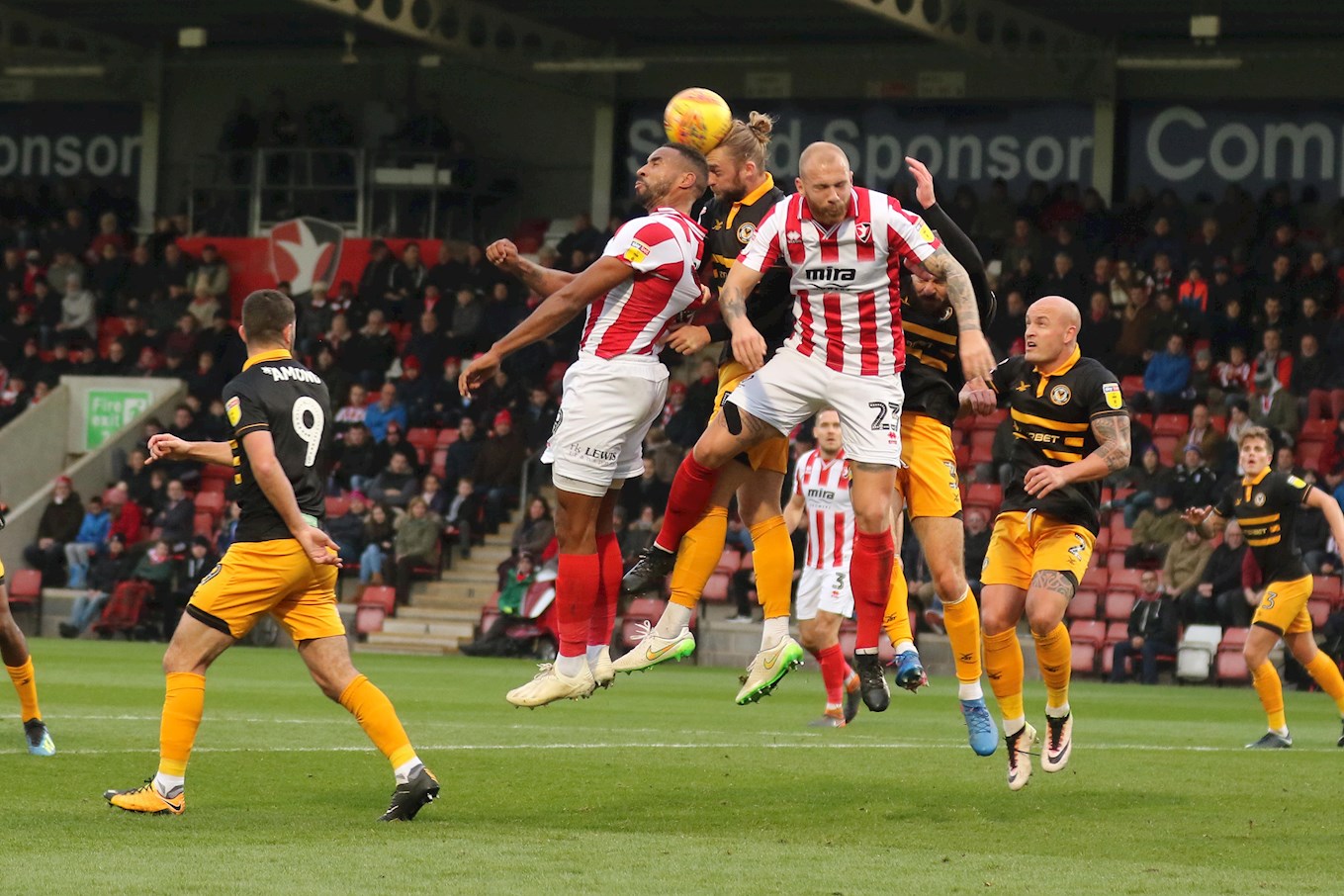 Fast forward two weeks and the two sides met again at the Jonny-Rocks Stadium, this time in the Checkatrade Trophy. It was the Robins who again tasted victory, though by the smallest of margins, via a penalty shootout that helped the club progress into the third round.

Padraig Amond had given Newport the lead, however Alex Addai found the net acrobatically to make sure the tie went to penalties.

The Robins were in fine form from the spot, converting all seven spot kicks, while Scott Flinders saved a Mark Harris effort to ensure Cheltenham progressed into the next round, with a 7-6 penalty shootout win.

Watch the highlights from that Checkatrade Trophy meeting:

Tickets can be bought in advance from the ticket office at Cheltenham up until 3pm today. For pricing details, as well as information on how to book onto the Travel Club coach, click here.

It’s possible to buy at Newport this evening, however ticket prices do rise by £2. The Travel Club coach leaves Cheltenham for the game at 4.30pm this afternoon.

Stay in touch with all that’s going on by following @CTFCofficial for team news, match updates and live photos. You can also visit the club’s Facebook page for team news and goal updates, while the club website will have full reaction to the game with the match report and reaction from the manager and players.

You can listen to live commentary too. Tune in online via iFollow or listen to the game on BBC Radio Gloucestershire.