The work to prepare the pitch at the Jonny-Rocks Stadium ahead of the 2019/20 League Two season is continuing.

South Wales Sports Grounds activity in assisting with the summer renovation work is now over, and the contractors have done a great job in helping with the renovation of the playing surface.

After removing the grass and organic matter from the pitch previously they have now restored the sand to the existing levels they were at before, applying 80 tonnes of sand which has created a constant nice profile of soil.

The pitch has now been seeded with 20 bags of seed used across the whole playing area.

Currently the renovation is at least three days behind because of the weather - the rain isn't a factor as such though there have been large amounts in one go - the issue relates to the temperature which is currently 10 degrees cooler than it should be at this time of year.

Nevertheless, the pitch has begun to develop a green haze and the seed has popped, as head groundsman Matt Utteridge faces the work of getting the pitch ready for the Robins first home pre-season friendly against Premier League side Leicester City in just five weeks time.

The heavy rainfall has led to work to pump the additional water from the pitch: 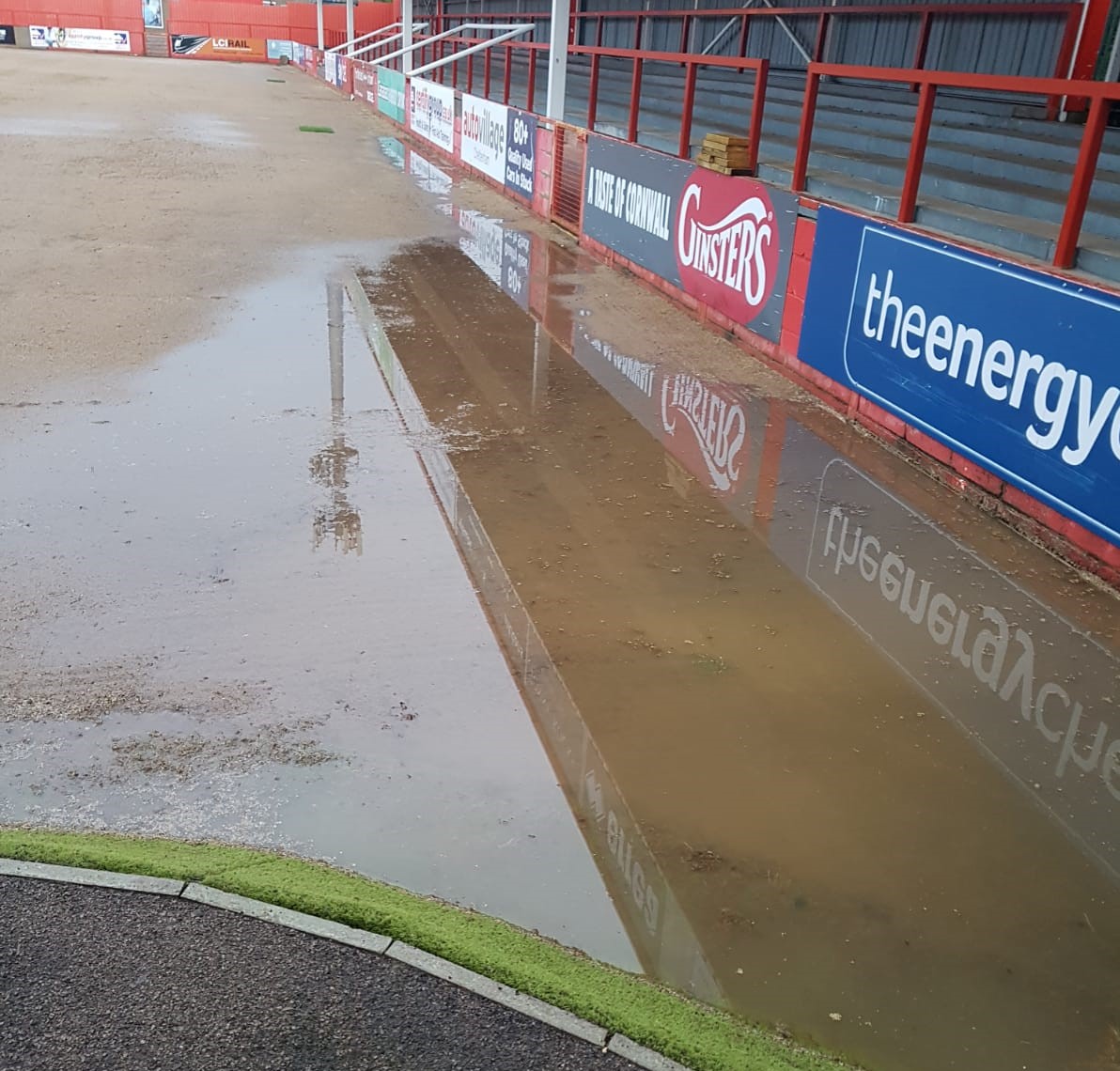