The grass on the playing surface at the Jonny-Rocks Stadium is continuing to come to life as preparations for the new League Two campaign continue.

Head groundsman Matt Utteridge has been hard at work fertilising the pitch to help increase the speed of growth which has been affected by the recent significant downpours of rain, which has hampered progress of late (pictured below). 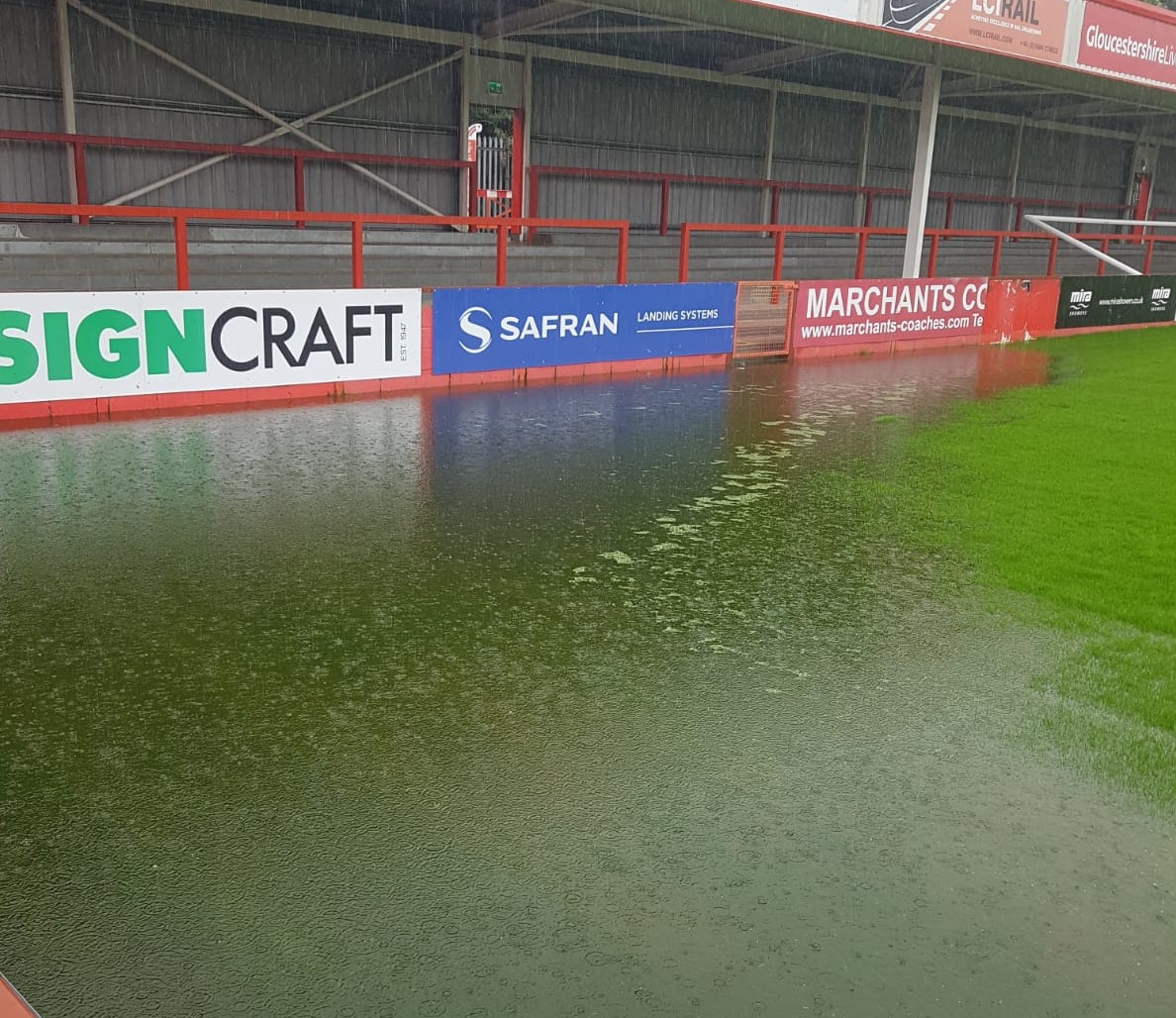 A recent rise in temperature has been a positive though, and with warmer temperatures expected at the end of the week that's set to help - particularly at the Hazlewoods Stand end because of the lack of sunlight that gets to the grass caused by the roof of the stand.

Matt cut the pitch for the first time on Monday (pictured below). In doing so he has taken the top off to encourage the grass to tiller, subsequently making it thicker. 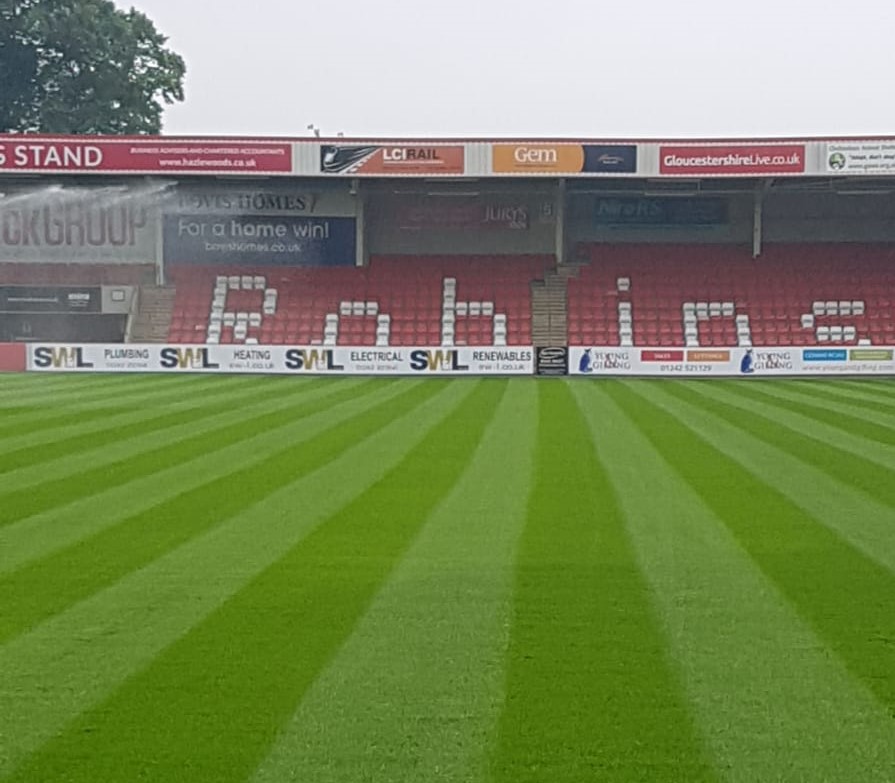 When the weather allows he will continue to cut to thicken the grass and to help with the overall growth.

It's less than a month to the first pre-season fixture against Premier League side Leicester City when the pitch will be played on for the first time. Tickets for the game against the Foxes are now available to buy online or from the ticket office.