The newest addition to the Cheltenham Town ranks put pen to paper on Monday with Reuben Reid having secured a move to the Jonny-Rocks Stadium.

Signing a one-year deal that could become a two-year contract dependent on appearances, the powerful attacker brings plenty of Football League and goal scoring experience to Michael Duff's forward line.

He is the third summer arrival at the Jonny-Rocks alongside Charlie Raglan and Tahvon Campbell. Here's a bit more on the striker who will be looking to add to Cheltenham's threat in front of goal next term.

Born in Bristol, it was a little further down the M5 with Plymouth Argyle where Reid first made an impression. He progressed through their youth system and made his first team debut under Tony Pulis in the Championship at the end of the 2005/06 season as a substitute against Ipswich Town. He went onto play a number of times in the second tier the following season, but his time at Plymouth saw him head out on loan to the likes of Kidderminster, Rochdale, Torquay United, Wycombe Wanderers and Brentford.

He was let go by Plymouth in the summer of 2008, and after a trial at Oxford ended up signing for Rotherham United where his 2008/09 campaign saw him net 19 times, earning him a £200,000 move to Roberto Di Matteo's West Bromwich Albion, back in the Championship. He only played a small number of times for the Baggies, and instead joined Championship rivals Peterborough United on loan, and also had a loan stint at Walsall for six months.

He moved to League One Oldham in January 2011 where after an 18 month spell he returned to the West Country, joining Gary Johnson's Yeovil who were also in League One. In January 2013 he left Huish Park for a loan spell back at where it all started, Plymouth, and then spent the whole of the 2013-14 campaign there too.

His loan turned into a permanent transfer in June 2014 and he went onto spend a further two seasons at Home Park ahead of a switch to West Country rivals Exeter in September 2016 following a spell as a free agent. 18 months with the Grecians ended when in January 2018 he signed for Forest Green, who paid a fee to take him to Nailsworth. He helped FGR retain their Football League status and last season helped them earn a place in the League Two play-offs for the first time.

What fans can expect

Speaking for the first time after signing on Monday, Reid described what he would bring to this Robins side saying: "At this level I've been a competent goal scorer over the last few years. I've been right up there with a nucleus or batch of players who have scored the most goals at this level, and I'm right up there with a couple of others over a sustained period of time.

"In terms of general play I like to take the ball in, always show for the ball, score goals, assist and generally just lead the line well and be a threat on the pitch. I'll be one of the older lads in the changing room - I think I'm always someone that lads can turn to. I'm easy to talk to, I'm willing to help, and I'll be pretty much a team man." 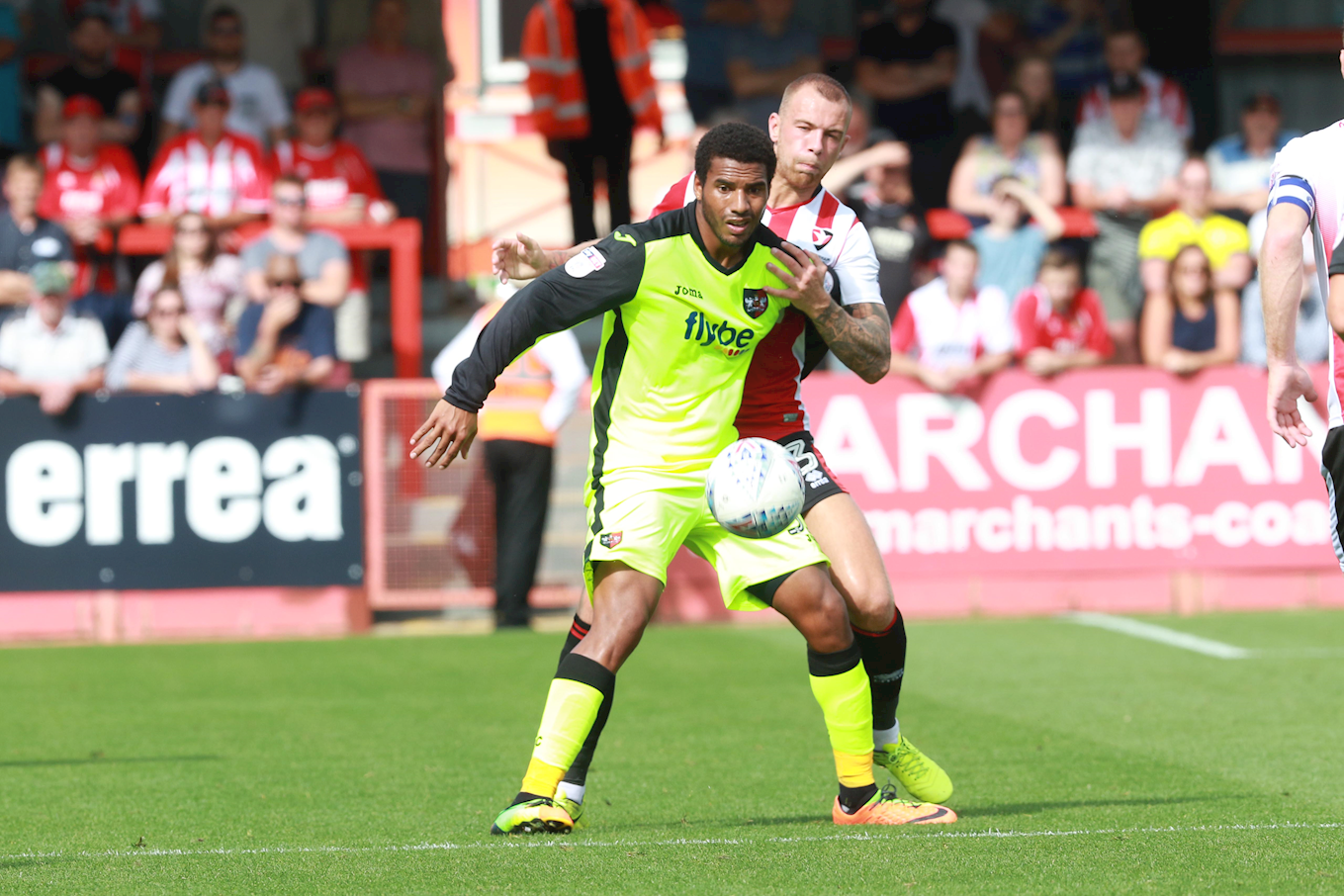 Fellow summer recruit Tahvon Campbell was a teammate of Reid's at former club Forest Green. Another former colleague at FGR currently in the Robins squad is midfield man Chris Clements.

Where he'll line up

His arrival is another addition to an eye-catching forward line being constructed by Michael Duff. After the signing of Campbell last week, Reid will also join an attacking force that includes the experience of Luke Varney, who netted 14 times for the club last season, as well as the pacey Alex Addai and exciting youngster George Lloyd.

Reid comes from a family of successful footballers. Two of his brothers have also enjoyed success in the game. Jake retired from the game over a year ago having been part of the set-up at Weston-super-Mare. He enjoyed a career as an attacker for the likes of Salisbury City, Bath City, Newport County, AFC Telford United and Dover.

Meanwhile Isaac was in the under-18s set-up at Forest Green and also played youth football for Yeovil Town. He has gone onto play non-league football around the south west.