The 2016 Premier League champions, Leicester City, are the visitors to the Jonny-Rocks Stadium on Saturday (kick-off: 3pm).

It's another key game for Michael Duff's Robins as he prepares his side for the upcoming campaign, against a Foxes team that boasts an array of international standard talent.

Tickets for home fans are still available to buy on the day of the match and online here.

Reuben Reid will miss the game having had knee surgery this week. The striker is out of action until October.

Chris Hussey could return to the left after the left wing back missed the first two friendlies at Stratford Town and Hereford.

For Josh Debayo it will be an opportunity to play against the club he represented at under-23s level before making the switch to the Jonny-Rocks Stadium.

The fixture will mark Leicester’s second pre-season game of the year with a heavy schedule of fixtures in the coming weeks. This following a 1-0 victory in their first pre-season game against Scunthorpe United, which saw new signing Ayoze Perez score on his debut for the club.

The previous Premier League champions will hope to continue to improve under manager Brendan Rodgers, who took over in February earlier this year after a successful spell at Celtic, having won two League titles, three Scottish League cups and two Scottish cups for the Scottish champions.The appointment of Rodgers saw another strong finish in the Premier League, seeing them to a 9th place finish after a slow start to the season under previous manager Claude Puel.

They continue to show their ambitions for the upcoming season having recruited well and investing a considerable amount in the transfer market, which saw signings Ayoze Perez join from Newcastle United and Youri Tielemans, signing permanently from Monaco after a very good loan spell at the Leicester.

Other notable signings include 21-year-old right back James Justin joining from Luton Town. Notable players still on display from last season include the likes of established England international Jamie Vardy, who scored 18 goals in their Premier League campaign last season and newly capped England international James Maddison who made his first England appearance in the summer, also scoring his first goal for England against Croatia in the Nations League.

During the 2008/09 season in League One the two sides were league rivals, with Leicester coming out on top on both occasions with convincing 4-0 victories.

A first meeting in August 2008 at Whaddon Road saw Lloyd Dyer bag a brace for Saturday's opponents as they sealed all three points on their first visit to Cheltenham.

Then, later in the season at the King Power Stadium, Tom Cleverley was among the goal scorers as Leicester again sealed a 4-0 win in a campaign that saw them gain promotion to the Championship.

In January 2017, a Leicester under-23s side were dismantled in the EFL Trophy. Diego De Girolamo scored a hat-trick to help the Robins to a 6-1 win. 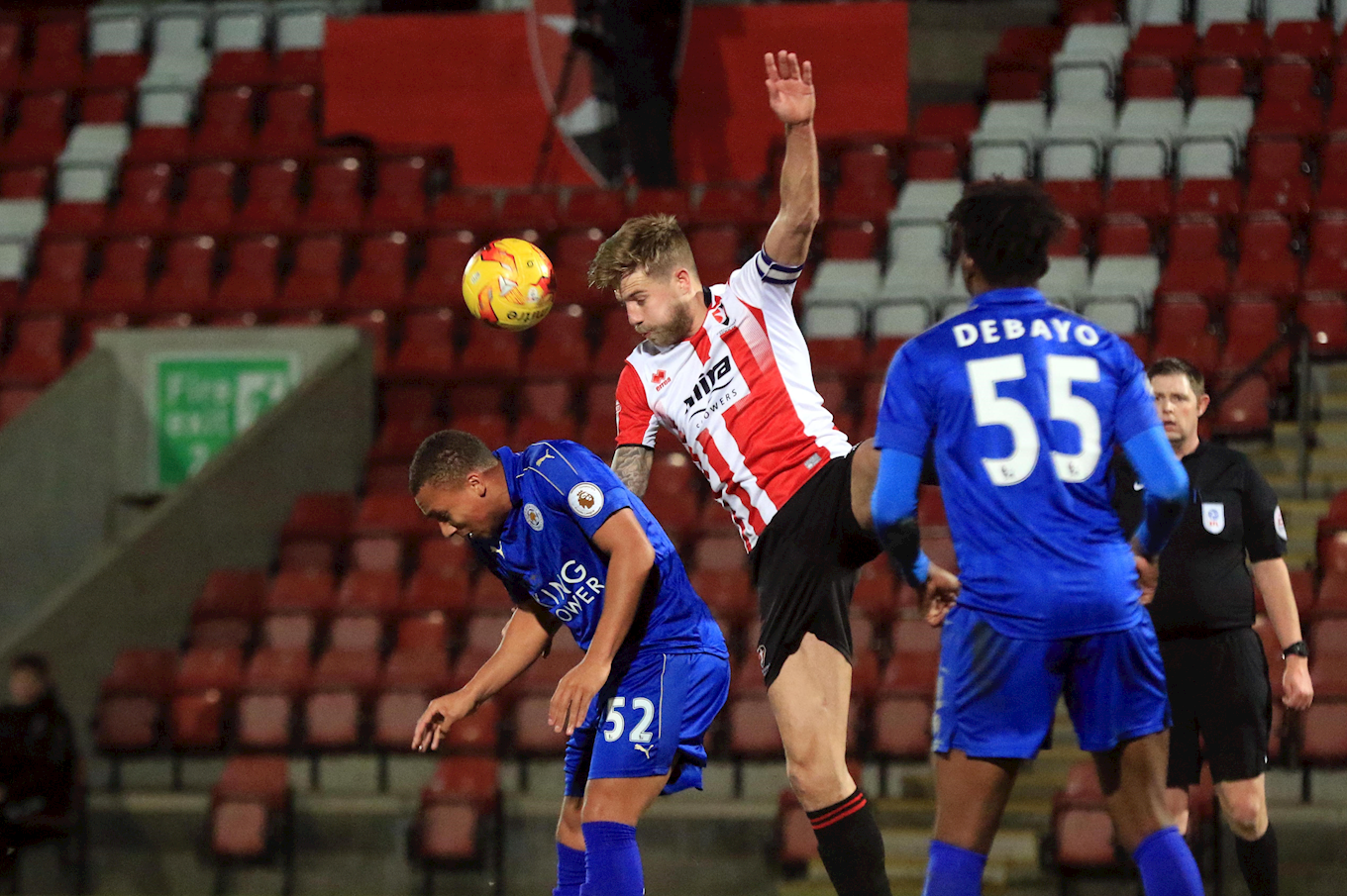 The ticket office opens from midday and fans can also pick up their season tickets for the 2019/20 season from here. The club shop, selling the new away kit, will also be open from midday.

We are delighted to be welcoming Just Camps as our match sponsors for Saturday's game. Just Camps specialise in holiday camps for kids and was launched in Cheltenham in 2010.

They provide a fun and safe environment for children to attend and lose themselves in an array of fun games and activities.

They've got holiday camps available throughout the summer holidays in Brockworth and Cheltenham. To find out more and to book your child onto one of the camps visit their website here.

Keep up to date with team news, match updates, pictures and more on Twitter. Follow @CTFCofficial for the latest. You can also check out team news and goal updates on the club's Facebook page.

After the game check out the club website and read the match report, as well as discovering the reaction from inside the camp post-match.