As Cheltenham gear up for the first pre-season friendly ahead of the 2019/20 season, Phil Schonbeck continues his preview into the opponents Michael Duff's side will be facing in League Two this season.

They managed to finish 8th in League Two last season with their top scorer, Sammie Szmodics, on 15 goals in all competitions (14 in the league). He has since transferred to Championship side Bristol City. They went out in the first round of the FA Cup last term and also lost in the first round of the Carabao Cup after losing to Cheltenham 6-5 on penalties following a 1-1 draw in regular time. The Checkatrade Trophy was also unsuccessful for them as they went out in the group stage in third place behind Southend and Cambridge United.

Meetings between Colchester and Cheltenham have seen 8 wins for Colchester, 2 draws and 5 losses to the Robins. The most recent meeting of the two teams came in the league at JobServe Community Stadium, on the 9 February 2019. Colchester won the game 3-0 thanks to goals from Kane Vincent-Young on 30 minutes, Frank Nouble on 43 and Abo Eisa on 56 minutes. 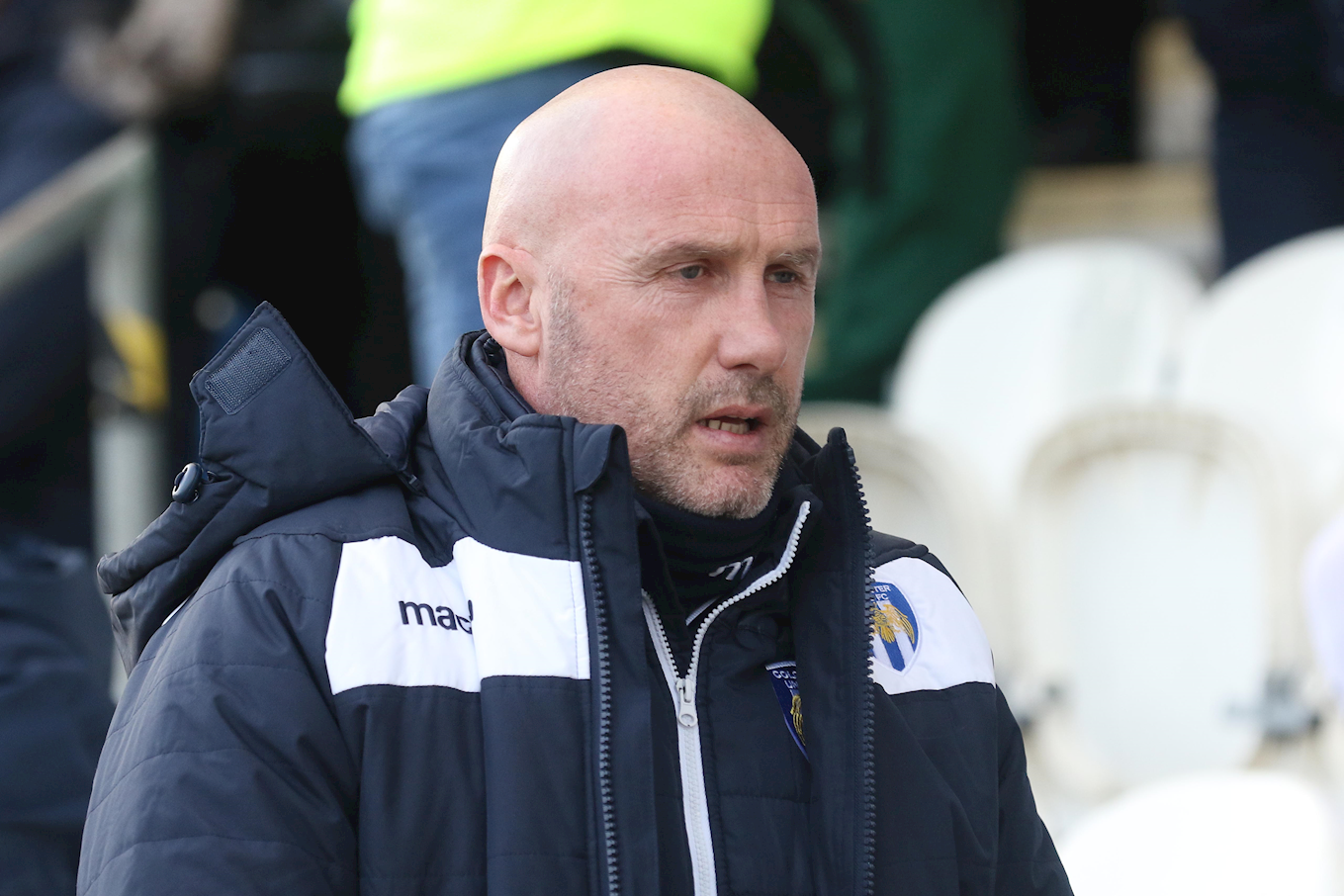 Crawley have brought in centre-forward Ashley Nadesan from Fleetwood Town on a free transfer as well as Beryly Lubala from Birmingham City in the Championship on a free transfer. Midfielder Nathan Ferguson from Dulwich Hamlet FC has been recruited for an undisclosed price as well as centre-forward Mason Bloomfield from newly promoted to the Premier League, Norwich City, on a loan agreement. 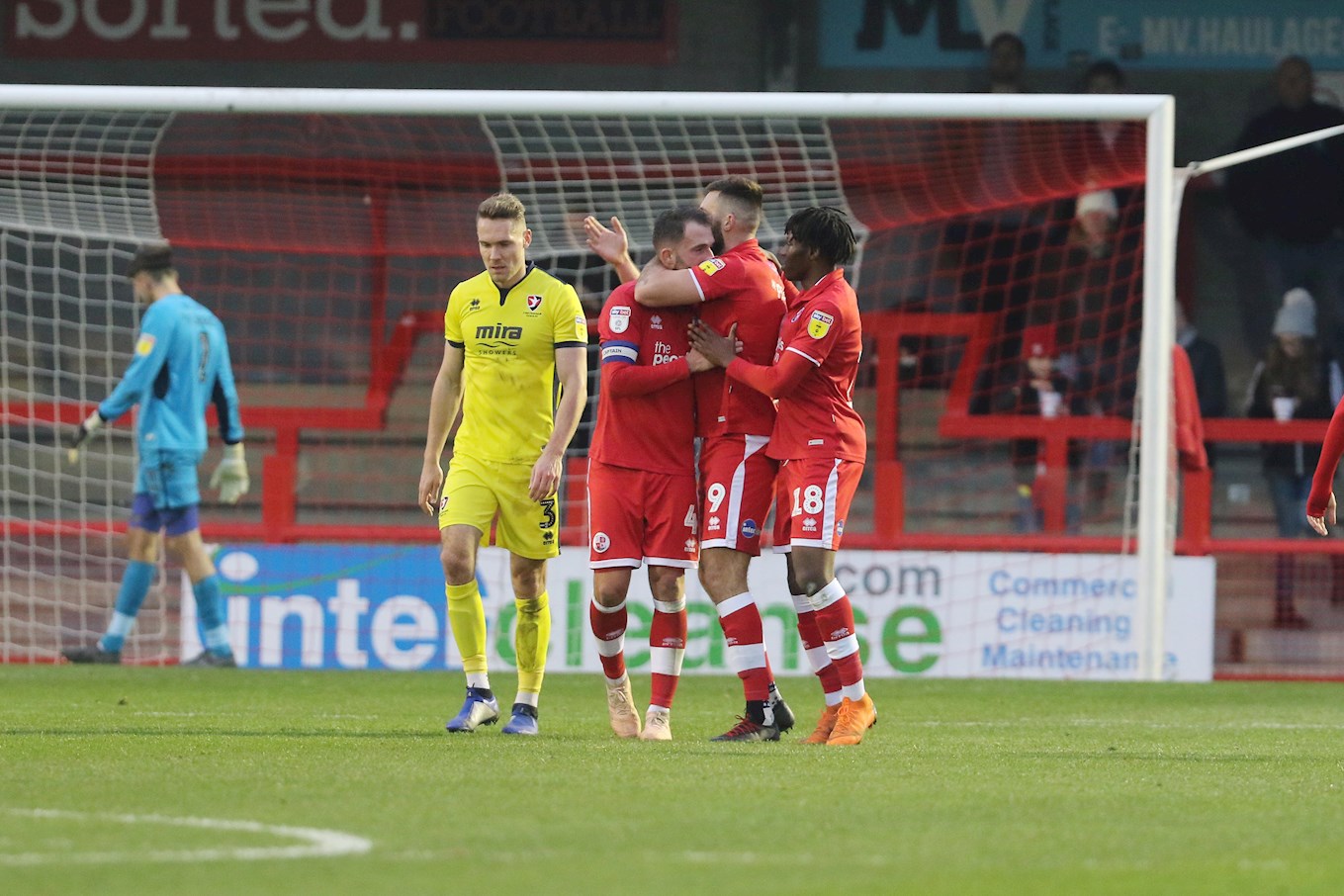 Crawley and Cheltenham have met 8 times, resulting in 3 wins for Crawley, 1 draw and 5 victories for Cheltenham. The last time the two clubs met resulted in Crawley winning 1-0 due to a penalty goal from Ollie Palmer in the 39th minute on the 5 January 2019 at the People’s Pension Stadium (pictured above). That was the second time that Crawley beat Cheltenham last season.

Manager Gabriele Cioffi has been with the club since 7 September 2018 and has managed them for 44 games. Cioffi had been in a few jobs prior to Crawley, including as assistant manager to Gianfranco Zola at Birmingham City for the 2016/17 season. He also has had three jobs in Italy from 2012-2015 with small teams within the third tier as the highest division.

The Railwaymen have brought in a few players for the 2019/20 campaign including, Daniel Powell from Northampton Town and centre-back Olly Lancashire from Swindon Town on a free transfer. As is tradition with Crewe, Connor Heath and Rio Adebisi have also stepped up from their youth team and been given their first professional contracts.

The two clubs have met 23 times with Crewe winning 10 times, 5 times the game ending in a draw and 8 times where the Robins came out on top. The most recent meeting between the two sides came on the 30 March 2019 at Gresty Road. The score ended 3-1 to Cheltenham with goals from Aaron Taylor-Sinclair on 34 minutes for Crewe, followed by goals for Cheltenham by Kevin Dawson, Billy Waters and former Crewe man Luke Varney late on. The other meeting in the league between the sides resulted in a draw earlier in the season. 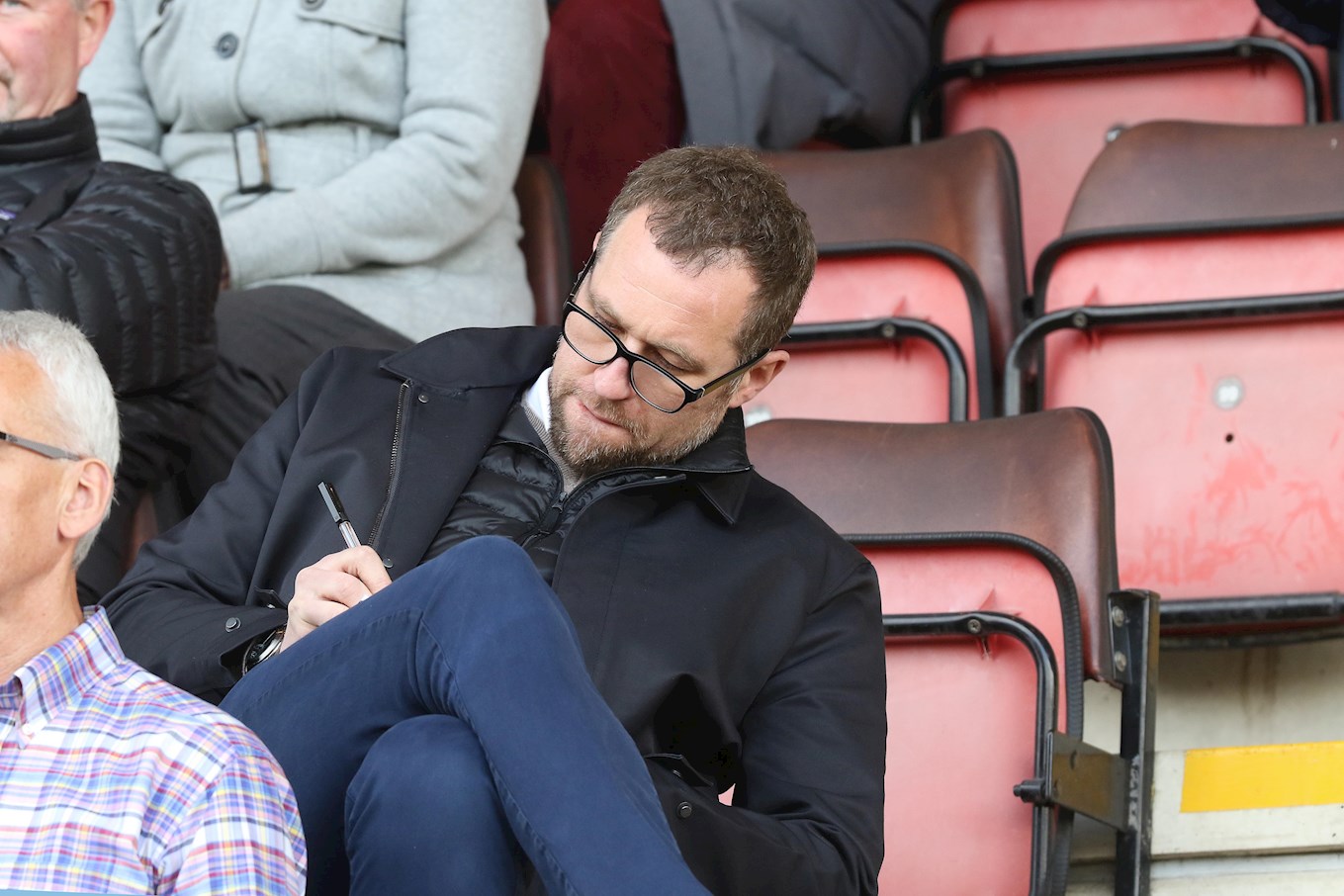 Manager David Artell (pictured above) has been with the club since January 2017 and has been in charge of the team for 125 matches. Within his time as manager at Crewe they have managed to finish 15th in League Two in the 2017/18 campaign and 12th in League Two in the 2018/19 campaign. Prior to his time as manager of Crewe he was in charge of youth development at the club.