It's less than month until Cheltenham Town kick off the club's 2019/20 League Two campaign at Leyton Orient on the opening day of the season. Clubs in the division have been hard at work preparing for the new campaign, and Phil Schonbeck has been tracking their progress. Here's a preview of the first three clubs Michael Duff's side will be facing this coming season.

Bradford City finished 24th in League One on 41 points with a goal difference of -28, and were relegated back into League Two. Their top goal scorer, Eolin Doyle, finished on 11 goals in the league and all competitions. In the FA Cup they managed to get into the second round after beating Aldershot Town through a first round match replay, winning 4-1 on penalties, then losing to Peterborough United on penalties. In the EFL Cup they went out in the first round after losing to Macclesfield 4-2 on penalties following a 1-1 draw in regular time. They also went out in the group stage of the EFL Trophy, finishing bottom of their group.

Bradford have brought in players such as Ben Richards-Everton from Accrington on a free transfer, as well as James Vaughan from Wigan. Paudie O’Connor has joined from Leeds on a free transfer and Zeli Ismail has come in from Walsall. Goalkeeper Sam Hornby has joined on a free transfer from League Two side Port Vale, along with Clayton Donaldson and Tyler French from Bolton and AFC Sudbury respectively for an undisclosed fee. Jackson Longridge joined for an undisclosed fee from Dunfermline and Adam Henley has also been brought in for what has been a busy summer of transfer movement so far. 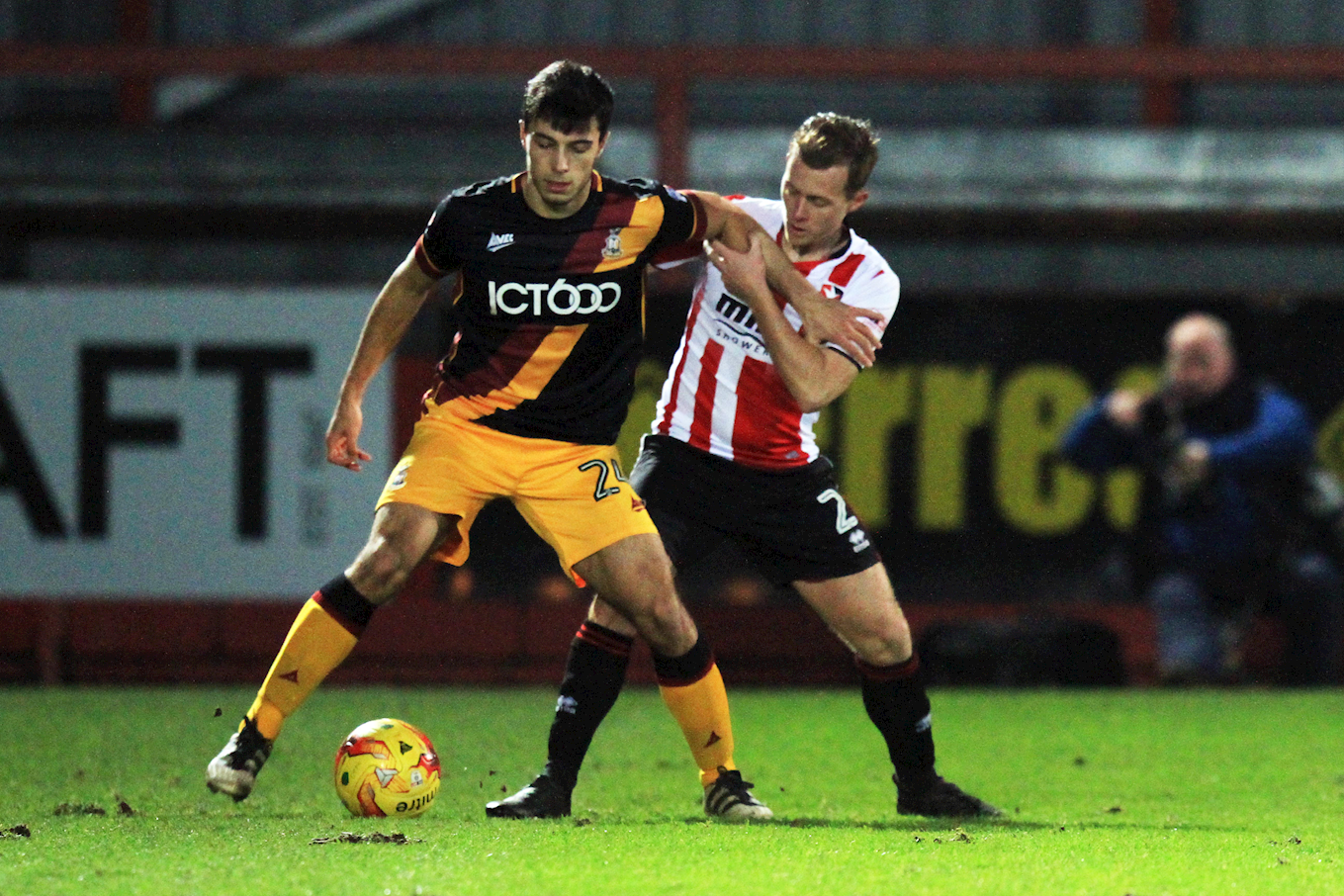 Past meetings between the two sides have resulted in 3 wins for Cheltenham, 3 draws and 5 wins for Bradford. The most recent encounter took place on the 17 January 2017 in the Football League Trophy (pictured above). Bradford came out on top on that occasion winning 1-0 following a goal by Jordy Hiwula pn 64 minutes. The last time the sides met in the League, the game ended 0-0 at the Jonny-Rock Stadium in April 2013.

Gary Bowyer leads the Bantams and has had experience at a range of levels managing Carshalton Athletic, Blackburn Rovers, Blackpool and in his most recent and current job. Last season after taking over he managed a total of 2 wins, 2 draws and 7 losses, with a win percentage of 18.2%.

Cambridge United managed to avoid relegation, finishing 21st in League Two with 47 points. They ended with a total of 12 wins, 11 draws and 23 losses at the end of the last season within the League. They went out in the first round of the FA Cup to National League North side Guiseley after losing 4-3, and also went out in the first round of the Carabao Cup to Newport County following a 4-1 defeat. They did however get through to the group stages of the Checkatrade Trophy, only to then lose to Northampton Town in the second round of the competition. 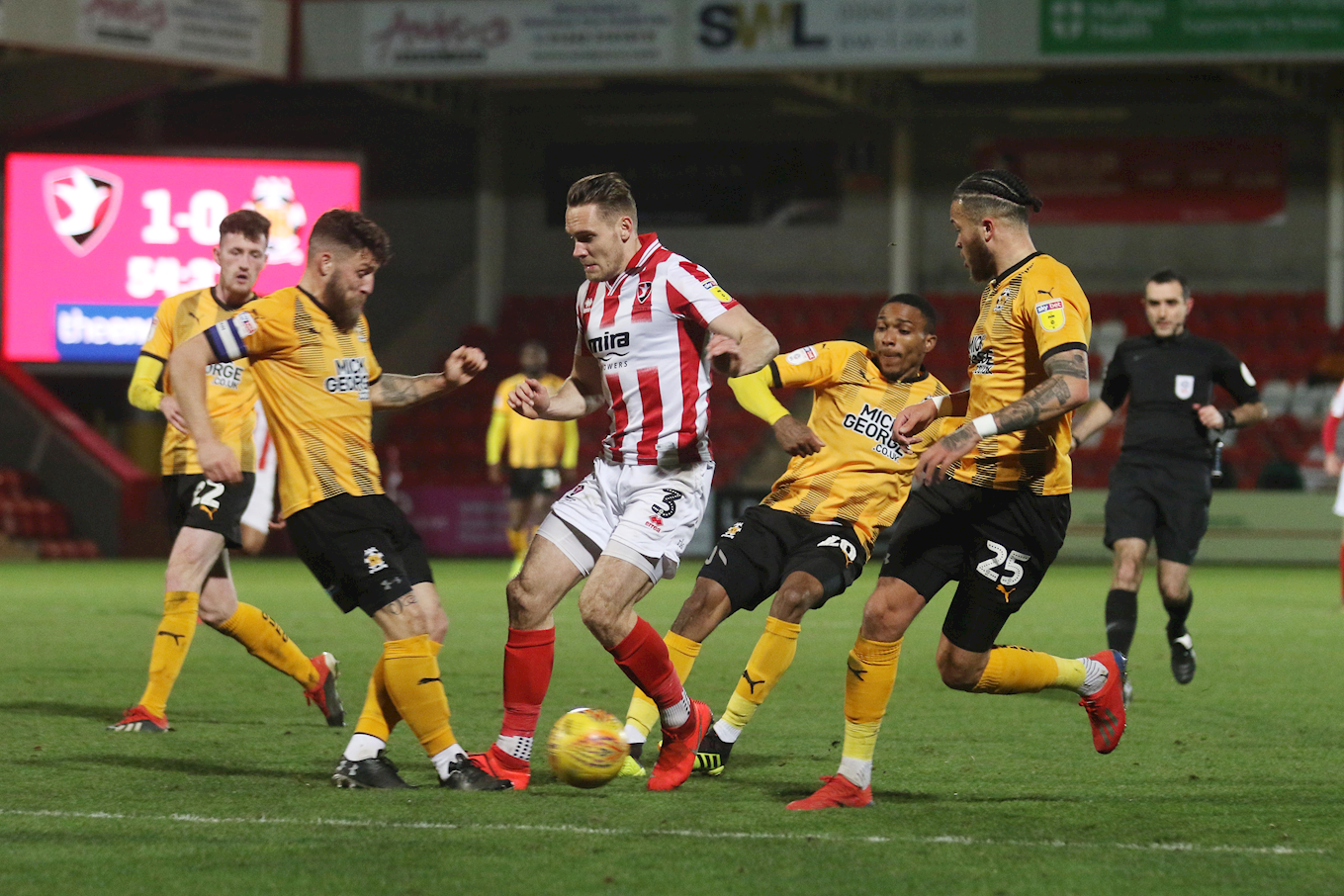 Past meetings between the sides in all competitions have resulted in 5 wins for Cheltenham, 2 draws and 6 victories for Cambridge. The most recent meeting came on 19 February 2019, with the Robins coming out victorious following a 2-0 win (pictured above). Goals from Conor Thomas and an own goal by George Taft at the Jonny-Rocks Stadium handed Cheltenham all three points that night.

Manager Colin Calderwood has been with the club since December 2018. Before his time at the Abbey Stadium he was assistant manager at a few clubs including to Steve Bruce at Aston Villa (2016-18), Chris Hughton at Brighton (2015-16) and also with Chris Hughton at Norwich from (2012- 14).

Carlisle United finished the 2018/2019 campaign 11th in League Two with top scorer Hallam Hope on 15 goals in all competitions (14 in the league). In the FA Cup, the Cumbrians got to the second round of the competition, losing to Lincoln City 2-0. The Carabao Cup saw them go out in the first round to Blackburn Rovers after losing 5-1. They failed to make it out of the group stage within the Checkatrade Trophy, after finishing third in the group behind Sunderland and Stoke City’s under-21s.

They have brought in a few players for the 2019/2020 campaign, including right-back Christie Elliot from Partick Thistle in the Scottish Championship on a free transfer and Jack Iredale has joined from Morton in the Scottish Championship on a free transfer too. Harry McKirdy has signed from Aston Villa’s under-23s as well as Jack Bridge from Northampton. Byron Webster, Jonathan Mellish, Keighran Kerr and Josh Dixon have also joined from Scunthorpe United, Gateshead FC and from stepping up from their own youth set-up. Nathaniel Knight-Percival has also made the switch to Brunton Park in recent days. 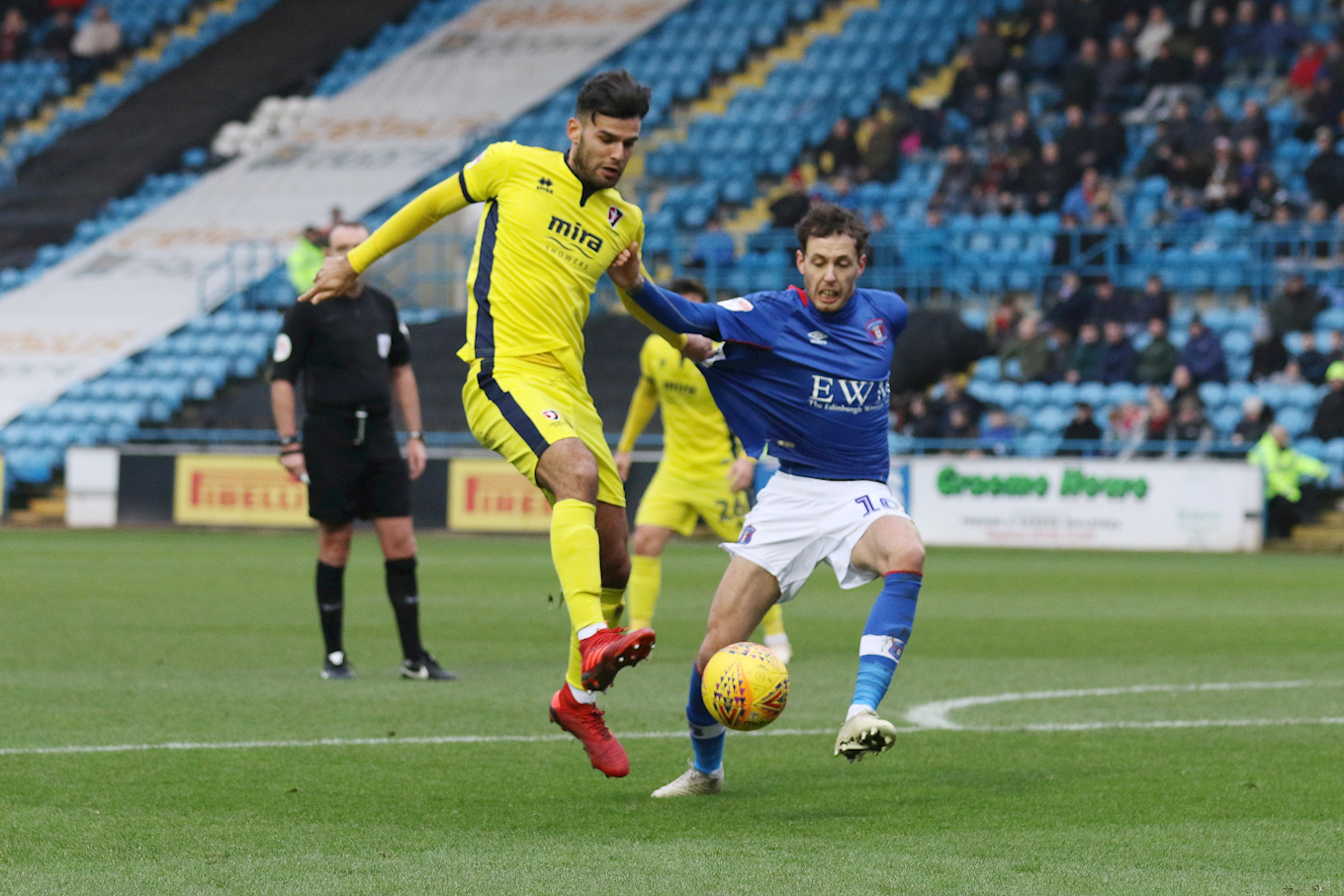 Past meetings between the two sides have seen Cheltenham win 8 times and draw 8 times, with the Cumbrians gaining 10 victories in all competitions. The most recent meeting of the two sides came on 19 January when Carlisle came out 2-0 victors at Brunton Park due to goals from Jamie Devitt on 49 minutes and Hallum Hope on 56 minutes (pictured above). That was the second time last season that Carlisle took all three points against the Robins.

Manager Steven Pressley has been in charge of the club since 16 January. Within his time as manager they have won 6 times out of the 18 games played with 7 losses and 5 draws. Prior to Carlisle, Pressley managed teams including Pafos in Cyprus, Fleetwood Town, Scotland’s under-17s, Coventry City and Falkirk, with his longest run as manager being with the latter, for a total of 138 games.