After tying down former Chelsea and Brighton & Hove Albion midfielder Rohan Ince to a one-year contract on Tuesday, boss Michael Duff has his say on the signing of Ince, further additions to the squad, the start to pre-season training and fitness levels.

What was it about Rohan Ince that made you think it was a good opportunity to bring him in?

I've played against him a few years ago. He's had a good schooling where he's come from, he's come through at Chelsea. He played 80 or 90 games for Brighton in the Championship. When I played against him he was the next big thing coming through. He's been unfortunate with his injury last year. We've done all of the due diligence with regards to testing, seeing specialists, scanning - we've done all that - and we think we've found a very good player. He's 6'4'', powerful, but can play as well. We're hoping he can add physicality and quality into our midfield.

There are benefits for you bringing him in, but for him are there opportunities there to get back to where he wants to be?

Rohan is an ambitious bloke, he's 26 years old, and a really good age as well. Let's be honest, I think he will be using us as a platform to kick on again, but that's what we are. We are where we are in the leagues - look at Mo Eisa for example, he comes in and it's a platform to kick on. Jacob Maddox used us as a platform from Chelsea in a different kind of way to kick on. As long as he does well for us and we do well for him then everyone wins. If we have a good season and he has a good season with us and he does kick on, it means we've had a good season. As I always say it's about the XI that are on the pitch, and I think he can add and help us become a better XI. 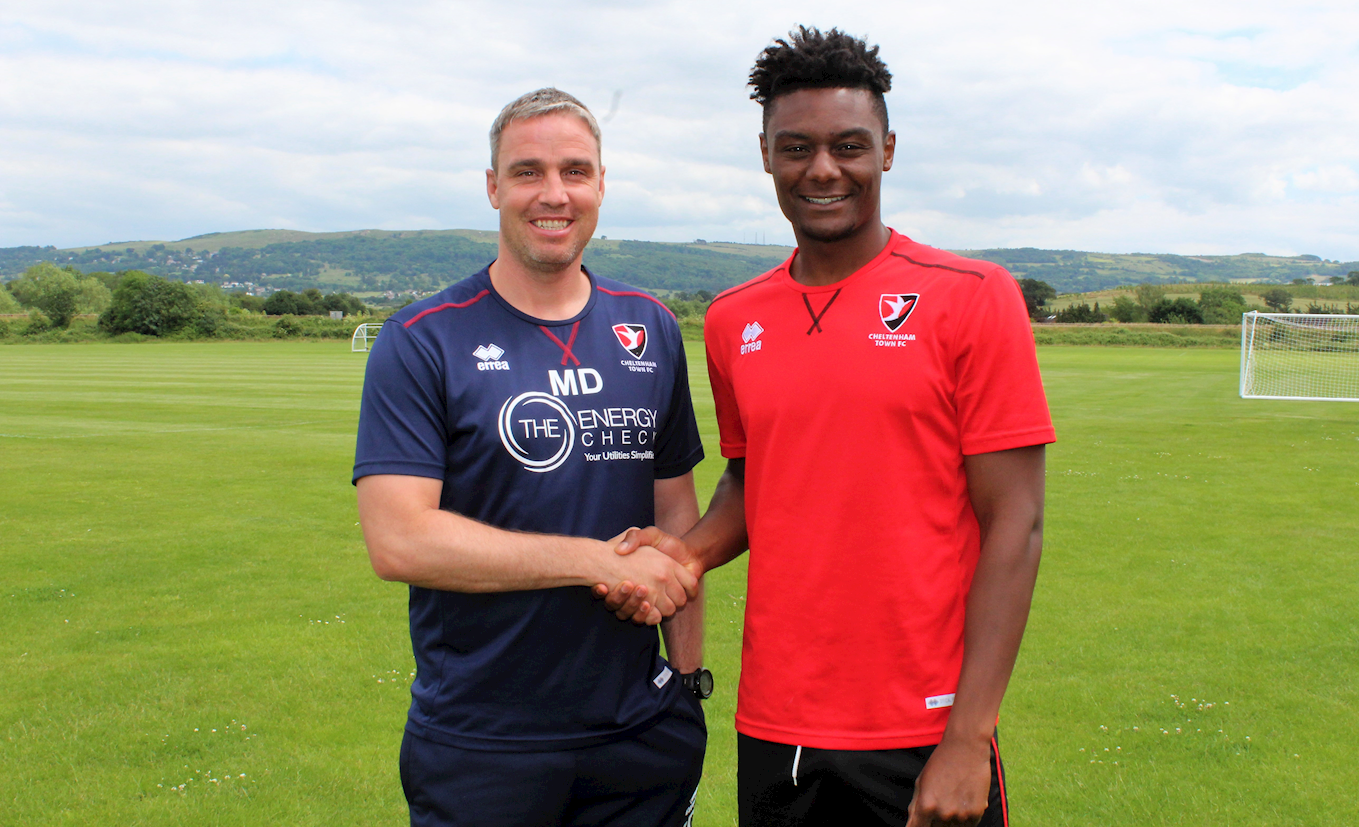 Was the midfield area an area you were keen to strengthen having strengthened the forward line in recent times?

I don't think you need to be a rocket scientist at the minute to know we are short in that area. Rohan is one of many targets we've identified in the last six weeks. Some you lose out to, some you don't get ever close to talking to, and it's ever evolving. You miss out on one, and then Rohan pops up, and then you think you might get that and you then miss out on Rohan and another one comes up. There's always the loan market which is quiet at this stage of the season, particularly if players are close to the first team wherever that is. They normally wait two to three weeks into pre-season before they start trimming their outer squad into their real first team squad - that's when the loans start coming up. There's always people like Luke Varney who were available in September last year. It's never been a case of only identifying one, there's got to be constant targets and ever evolving. We've brought in Rohan who is more a physical one - do you go and get a different type now? That's something that we're constantly looking at, always working in the confines of a budget as well. We don't have a bottomless pit of money - we can't go and buy anyone or spend millions or thousands of pounds a week on players a week as we don't have that. But it doesn't mean we don't stop looking and that we're not working hard and trying to improve the squad. The squad will be smaller than what it was last year so we're hoping to work with lower numbers, but hopefully if we can get it right and the recruitment right everything else will have better quality.

How many more players do you think could be brought in?

It's difficult to say as regard to numbers. We've got an ideal number of what we want to work with. Something might come up that we're not expecting that you might think that's cheaper than what we thought. 21/22 is the sort of number we're ideally looking to work with.

The players have been back in now for a few days, how would you rate progress four days in?

It's been good. The lads all came back in a decent state. The ones that were here last year we had benchmarks to score them with whether that was body fats, fitness testing and the biomechanic testing they do with the screening. I think the quality has been good. The key with pre-season is getting them fit but having them fresh as well. You don't want them mentally fatigued when the season starts but they need to be fit as well. It's no good not being fit but fresh, but it's the same as having mental fatigue and feeling weary but fit. Fit and fresh is where we're looking to get them. 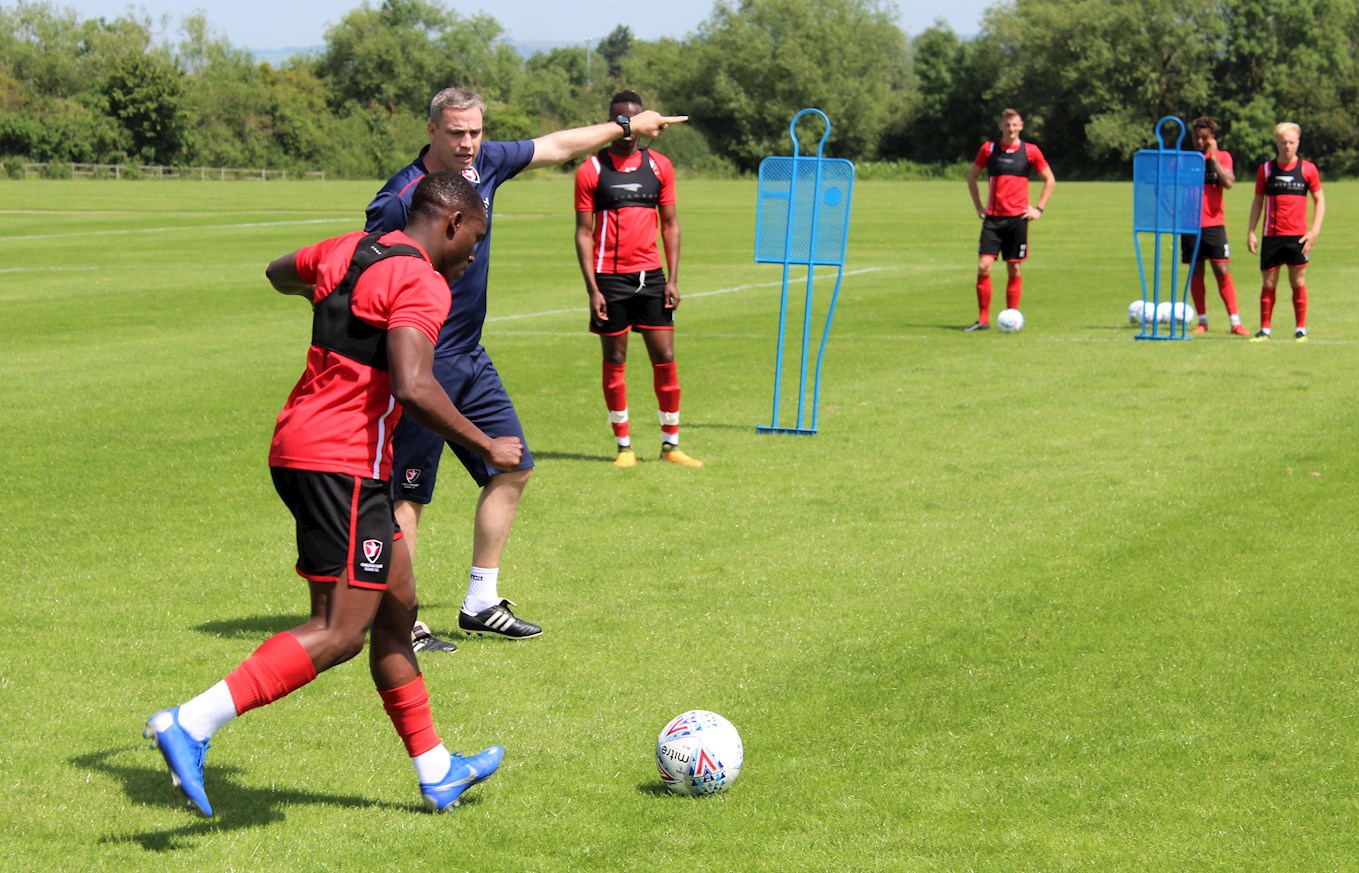 How early on do you get the tactical elements into the players in pre-season?

Today [Tuesday] is probably the first time we've touched on any tactical element. Stripping it back to really basic stuff without the ball. It's an opportunity to try and build a structure and a framework for when you don't have the ball. If we can get that in place then add in possession stuff. The first couple of days is testing and then the next couple of days is just getting them to feel a football again, because it does feel alien when you haven't touched a football for a while. It's just getting them to get their minds going and legs going again. Today there was a bit of fitness but a bit of brainwork as well.

Yes. On the back end of last year they all got tested and there was fines pending, and I can tell you that nobody got fined, so that gives you an idea that they all came back in a good physical state.