The Robins are celebrating 20 years since the club were first promoted to the Football League in 1999 this year, and throughout the season club secretary Paul Godfrey has been detailing some of the key matches that saw Steve Cotterill's side clinch the Football Conference championship in the club's matchday programme. This week Paul looks back on a rare home defeat but a response that would keep the club right up at the top of the Conference table.

Even the cold January winds biting at Whaddon Road were unable to dull the warm glow around the club as Cheltenham Town sat second in the Football Conference table, four points behind leaders Kettering Town but with three games in hand.

The Robins were unbeaten in 12 league and cup matches and had not suffered a home league defeat for 16 games dating back to the previous season.
Inevitable, then, that mid-table Northwich Victoria, one of our bogey sides throughout the 1980s and 90s, would inflict the team's only home defeat of the 1999-00 season.

Newly appointed Vics manager Mark Gardiner - a native of Cirencester - had got his team well organised and working hard. They took the lead on 22 minutes when winger Stuart Terry embarked on a long run down the right and his deflected cross fell kindly for striker Paul Tait to dispatch a firm shot.

After that Cheltenham huffed and puffed but could not break down their stubborn visitors with manager Steve Cotterill even throwing big defender Mark Freeman forward as a makeshift striker but to no avail.

The soul-searching after that defeat did not last long because the club moved quickly to unveil a marquee signing that sent a message to the rest of the division.

Mark Yates had been a leading midfielder for Kidderminster Harriers for a number of seasons and his switch to the Robins added both steel and creativity to midfield.

Yates made his debut in the next match at Southport as the Robins carved out another important win on the road. 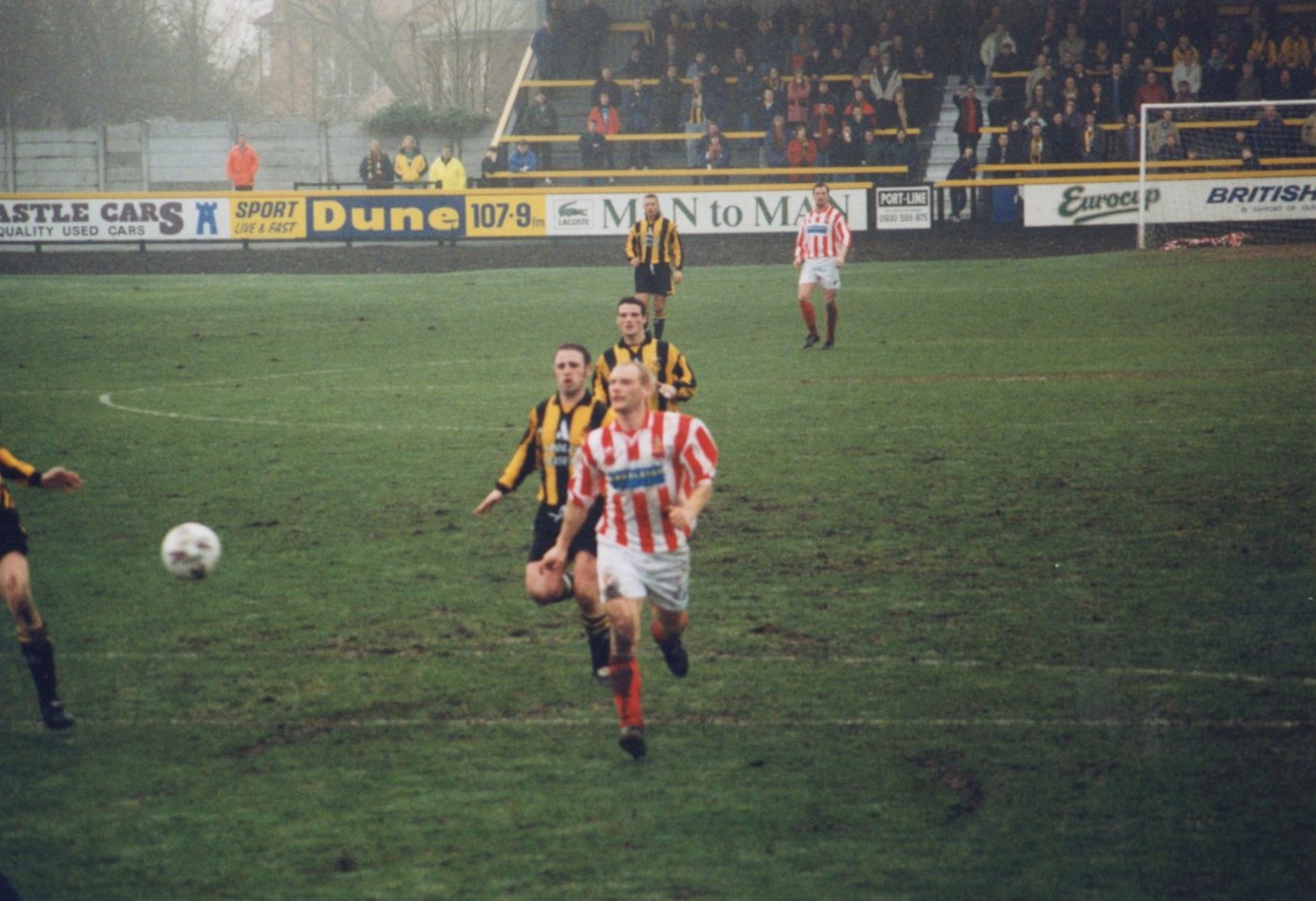 Lee Howells opened the scoring after 29 minutes, netting from a rebound after goalkeeper Billy Stewart had saved from Jason Eaton, and despite a shot from Port striker Brian Ross that hit the bar, Cheltenham had numerous further chances to score.

They had to be patient and it was not until the hour mark that Neil Grayson added a second goal after racing onto a through-ball from Michael Duff.
Southport threw everything forward in the closing stages but Steve Book and his defence stood firm to close the gap at the top of the table to only one point.