The Robins are celebrating 20 years since the club were first promoted to the Football League in 1999 this year, and throughout the season club secretary Paul Godfrey has been detailing some of the key matches that saw Steve Cotterill's side clinch the Football Conference championship in the club's matchday programme. This week Paul looks back on a first ever trip to Doncaster Rovers' Belle Vue.

The first away match of 1999 took the Robins to new territory with a first ever visit to Belle Vue, the old home of Doncaster Rovers.

Newly relegated from the Football League, Rovers were one of the few full-time outfits in the Conference that season and even though they had endured a very mixed season to that point, they were a tough proposition at home.

Nevertheless, Cheltenham appeared well on their way to yet another three point haul when Dale Watkins scored from the penalty spot after 28 minutes when Rovers left-back fouled Jason Eaton in the penalty area. Watkins followed up with another goal six minutes later, a tap-in from close range after goalkeeper Andy Woods had spilled a Jamie Victory header, and at that point Steve Cotterill's men were well in control.

They would have had a third goal but for an eccentric piece of refereeing when play was stopped to award Cheltenham a free-kick just as Watkins was about to run through to claim his hat-trick.

Things changed after the break and five minutes into the second half Cheltenham conceded their first goal for 690 minutes of Conference football when midfielder Shaun Goodwin volleyed his team back into contention.

Five minutes after that Rovers benefitted from a stroke of fortune when a John Brough clearance hit fellow defender Richard Walker and fell kindly for McIntyre to set up Ian Duerden for the equaliser. 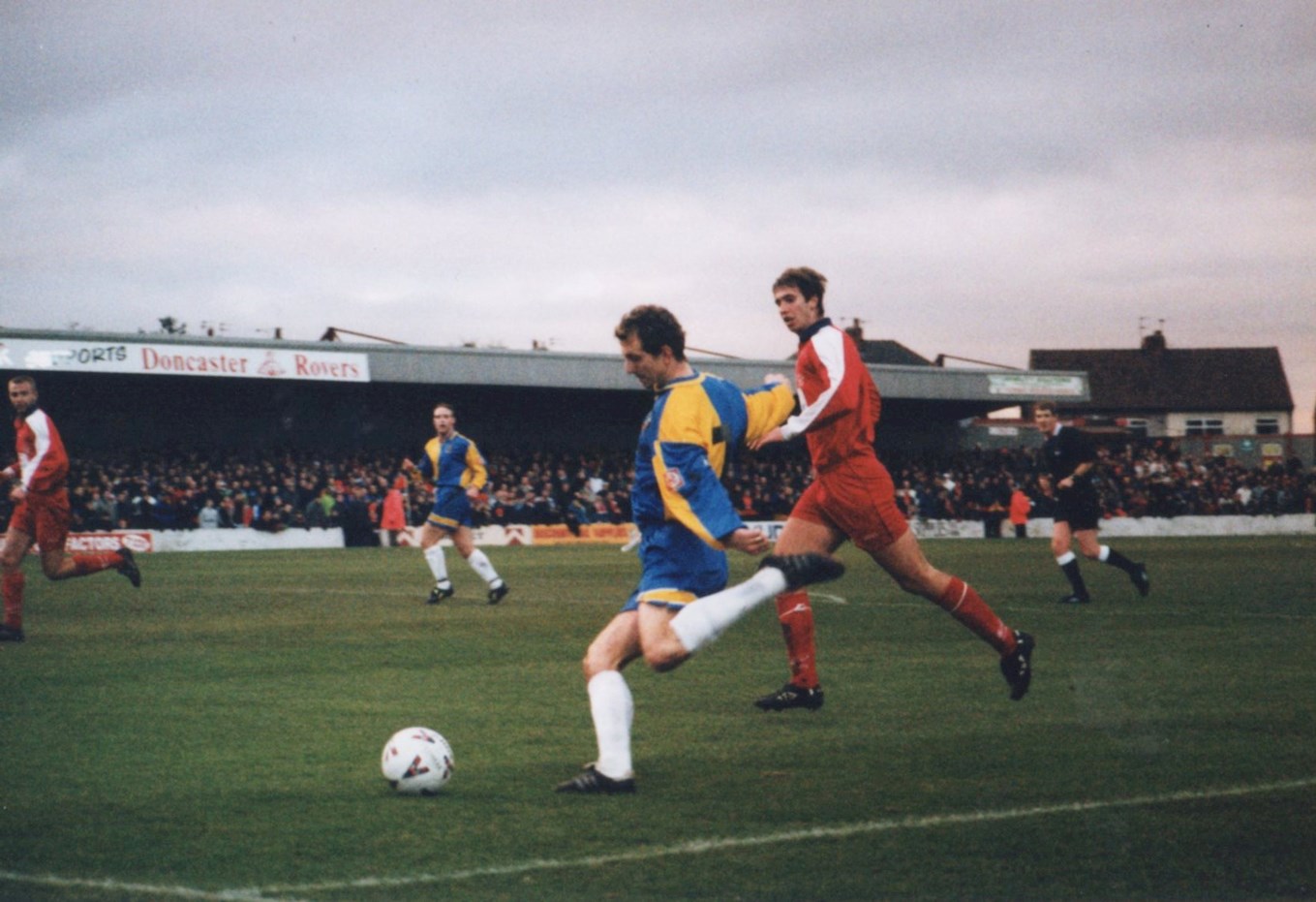 The final half-hour brought chances for both sides amid an increasingly hostile atmosphere in the ground and it was a relieved Cheltenham team that departed from South Yorkshire with a point.

The following week the team returned to cup action with the visit of Canvey Island FC to Whaddon Road for an FA Trophy third round tie.

Good work down the left by Jamie Victory and Richard Walker created an opening for Neil Grayson to score with a header but the Isthmian League visitors hit back two minutes after half-time when Alan Brett profited from slack marking at a corner.

It remained 1-1 until injury time and just as we began to contemplate a midweek replay in deepest Essex, big defender Mark Freeman popped up to bundle in the winner after goalkeeper Brian Horne had allowed a David Norton cross to slip through his fingers.