The Robins are celebrating 20 years since the club were first promoted to the Football League in 1999 this year, and throughout the season club secretary Paul Godfrey has been detailing some of the key matches that saw Steve Cotterill's side clinch the Football Conference championship in the club's matchday programme. This week Paul looks at a strange turn of events in an FA Trophy replay at Stevenage Borough.

Cheltenham Town's bid to become the fourth club to win the non-league double of Conference title and FA Trophy took a bizarre turn at the start of February with the saga of the missing brooms.

Drawn at home to Stevenage Borough in the Trophy fourth round, the Robins tore into their opponents during the first half hour with Lee Howells striking a post and both Bob Bloomer and Dale Watkins forcing good saves from former Robins back-up keeper Chris Taylor.

There may have been some history between Taylor and some of the Cheltenham players because what happened next ruined the rest of the game as a spectacle. A hefty challenge from Jason Eaton on the goalkeeper resulted in an ugly brawl with both players sent off, Eaton being shown a red card for the first time in his career.

After that the game descended into a stalemate and there was further disruption when both Howells and Lee Howarth of Stevenage were carried off injured.

Both sides missed chances to win it in the second half and it was off to Broadhall Way two days later for a replay.

The match kicked off on a carpet of snow, although Borough had worked hard to get the game on with a number of volunteers sweeping the lines on the pitch with an ample supply of brooms.

Despite the conditions both sides set about their task diligently and shortly before half-time defender Mark Freeman (pictured below), never the most elegant of players, scored a spectacular volleyed goal from the edge of the box leading to wild celebrations. 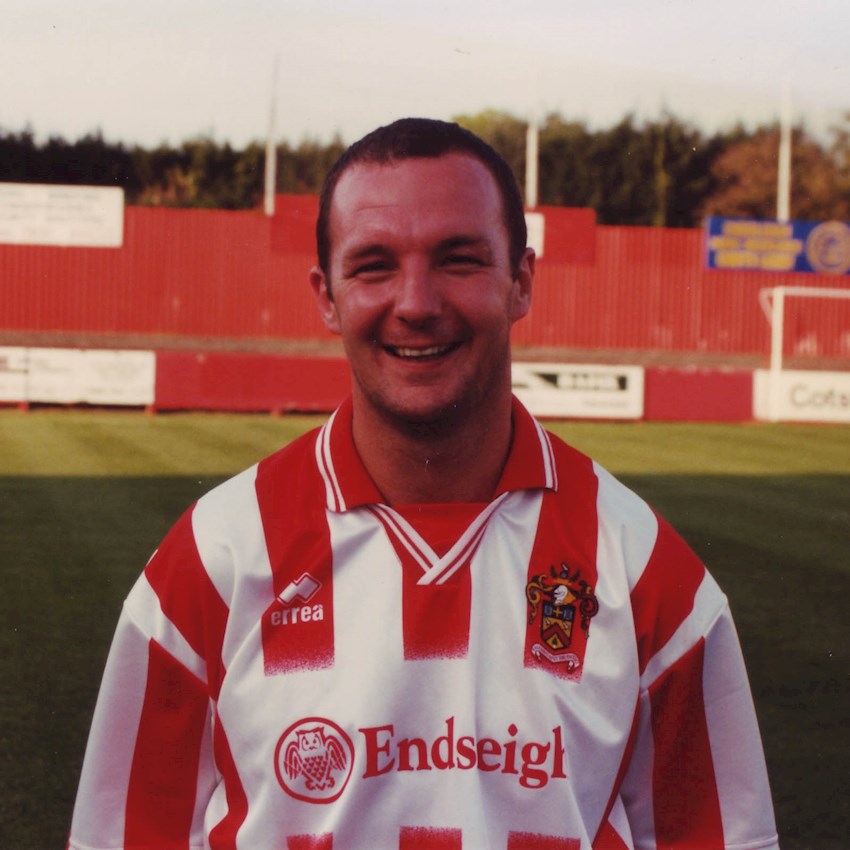 During half-time the snow continued to fall and referee Philip Dowd called for the lines to be swept again. This time, however, Stevenage claimed that they had no brooms (where could they have gone?) so Dowd, who had been involved in an ugly spat with Steve Cotterill during the first game, abandoned the match.

Cue pandemonium: Cotterill striding about demanding answers, the travelling fans not happy and Cheltenham MP Nigel Jones even tabling an early day motion in the House of Commons the following day to demand the tie be awarded to the Robins (we kid you not - you can look it up on the UK Parliament website!)

Remarkably, Cheltenham had another match the very next day in the now defunct Conference League Cup. There was no rest for the largely part-time squad of players in those days, although it was a much-changed and largely youthful team that defeated Hayes 2-1 with a brace of goals from teenage striker Gareth Hopkins.

Cheltenham therefore remained in a good league position but one cloud on the horizon was an impending fixture pile-up to be negotiated.