The Robins are celebrating 20 years since the club were first promoted to the Football League in 1999 this year, and throughout the season club secretary Paul Godfrey has been detailing some of the key matches that saw Steve Cotterill's side clinch the Football Conference championship in the club's matchday programme. This week Paul recalls the first time the Robins faced up to a penalty shootout in a national cup competition.

Cheltenham Town made the long journey to Morecambe nestling comfortably second in the Nationwide Conference table, one point behind leaders Kettering Town but with three games in hand.

Morecambe had proved difficult opposition at home the previous season when the Robins had been missing several injured players. This time they were also without Lee Howells and Clive Walker but the squad had been strengthened to the point that 12 months on, Steve Cotterill's men were able to field a good enough side to win comfortably.

Such was Cheltenham's dominance that Morecambe, and 16-goal Conference leading scorer John Norman, were restricted to only two shots in the contest.

Cheltenham took the lead after 35 minutes when Neil Grayson's 30-yard shot was heavily deflected past the goalkeeper by Dale Watkins. The Robins went on to dominate after taking the lead with a display of defensive organisation and discipline before Grayson added a close-range second goal on 71 minutes after Jamie Victory's shot had been blocked on the line.

Two days later Cheltenham returned to Stevenage Borough for another go at the FA Trophy tie that had been abandoned due to snow.

Again it was the defensive line that dominated proceedings and prevented Borough from mustering more than a few chances despite dominating possession.

The closest to a goal came in the first half when Borough striker Carl Alford struck a post, although Cheltenham had chances in extra time through Grayson and Watkins.

After a goalless period of extra-time the Robins faced their first ever penalty shoot-out in a national cup competition. 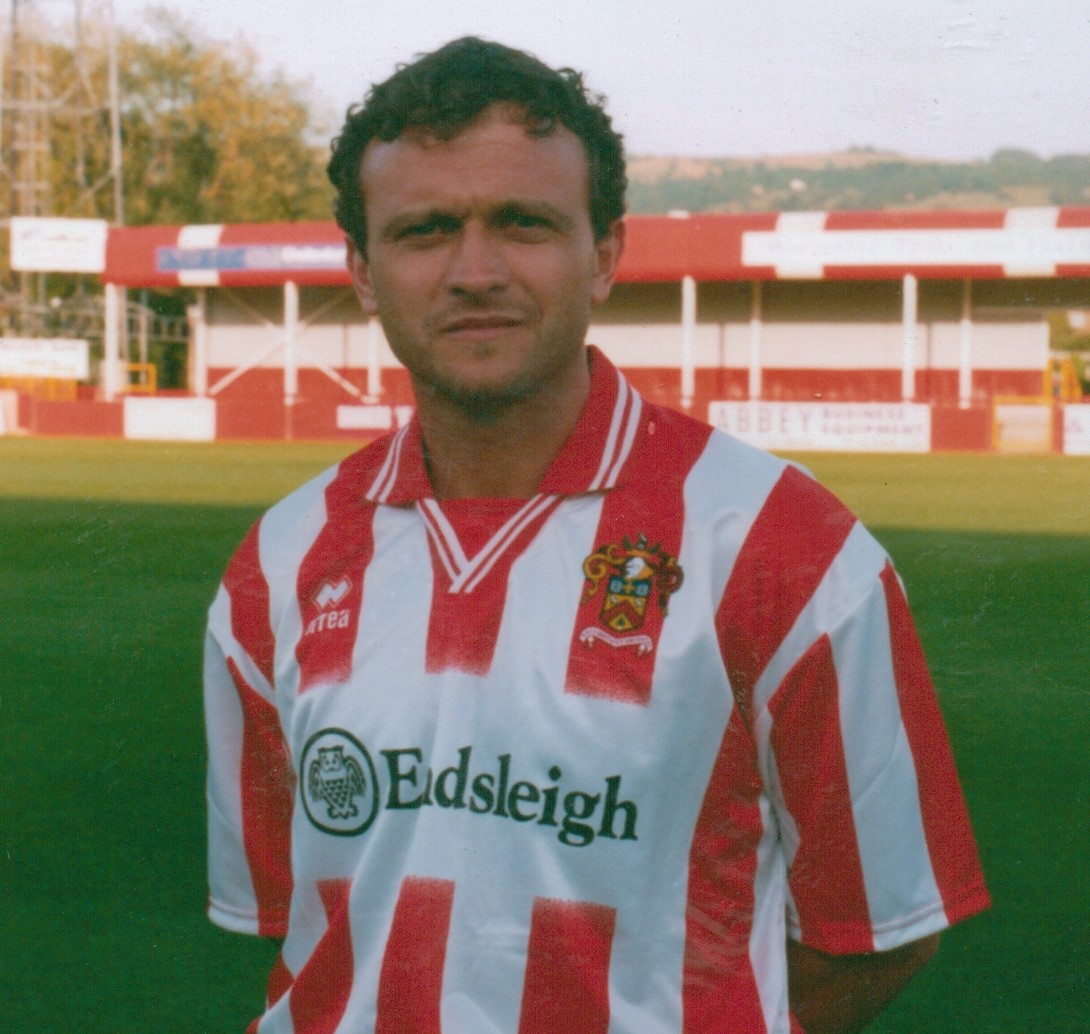 Grayson, Watkins and Clive Walker all netted their spot kicks but Stevenage's third, taken by Michael Love, was brilliantly saved by Steve Book. Bob Bloomer of Cheltenham and Chris Pearson of Stevenage scored the next two but then David Norton (pictured above) further boosted his rapidly growing legend status at the club by burying his kick to send Cheltenham into round five.