It has been a huge learning curve of a season for Cheltenham’s on loan Chelsea midfielder Jacob Maddox.

With 35 first team appearances to his name so far, the 20-year-old has been a central figure despite his young age in the Robins midfield this term since joining from the Premier League giants on a season-long agreement last summer.

Already with FA Youth Cup, UEFA Youth League and European under-19 Championship winning medals to his name, plus England under-20 international caps, he boasts plenty of honours but has seen his first campaign in the Football League as another important part of his football journey.

Looking back at some of the experiences in your career so far, out of your international and club experiences is there a particular achievement you label as a favourite?

I have to say the under-19 European Championships with England. That’s obviously a massive achievement to win it for your country so that was very special. There has been a lot at Chelsea as well – pressure games really – I’m kind of used to the pressure games so that helps me here as well. There are a lot of pressure games here so I think that has prepared me well.

You’ve gone abroad with the UEFA Youth League and international tournaments as well – what is that like as an experience?

I played quite young at Chelsea. I think I was under-17 playing in the under-19s, it was a massive experience playing against top players over Europe and the older players at Chelsea as well. I think that prepared me well. Big competitions as a young boy is what you want to be involved in, so just to be a part of that and be in a team that actually won that is massive.

In terms of Chelsea keeping tabs on you – how do they do that?

I am in regular contact with Chelsea. There are a few of them who give me updates and points where they want me to improve. They are always talking to Michael Duff as well just for a check up on me really. Generally the response I’ve had back is that they’re really pleased with me and just to keep going. Game time is massive on your first loan so to be able to play in so many games hopefully I can show what I can do and it’s a win-win for both clubs. 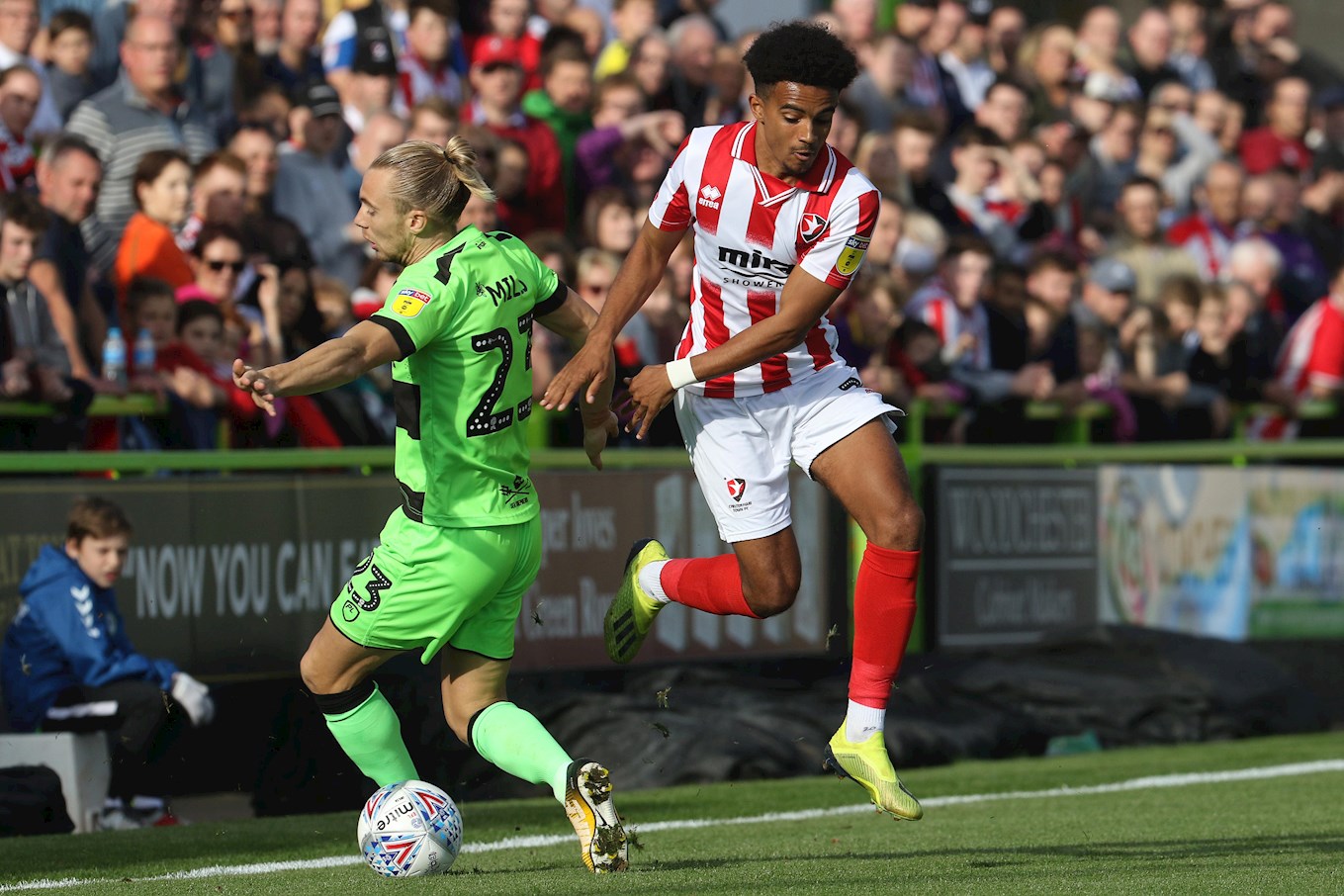 When you see a lot of your teammates out on loan as well is it good to see their progress?

We all have different journeys. We are all still young. They’re teammates at the end of the day and you want them to do well. I wish them all well and it’s nice to be part of the Football League – it’s a different kind of feeling in professional football. It’s quite unique.

You’ve come from one of the biggest football clubs in the world. Do you find people in this changing room looking up to you even though you’re still a young player coming in to get games to build your experience?

For a young lad I like to think I do have quite a lot of experience – I do look to be one of the people that someone can look up to in the team. Not maybe by communication but how I perform on the pitch. It’s something the manager told me as well – they want me to be a leader in terms of my playing style and what I do on the pitch. I think that’s good for me as well taking that responsibility. In the team as well you do have the experienced players like the skipper Johnny Mullins and Luke Varney who have great experience in their careers. I can do a bit of both really – I can try and be a leader myself and learn off the guys who have had great careers. 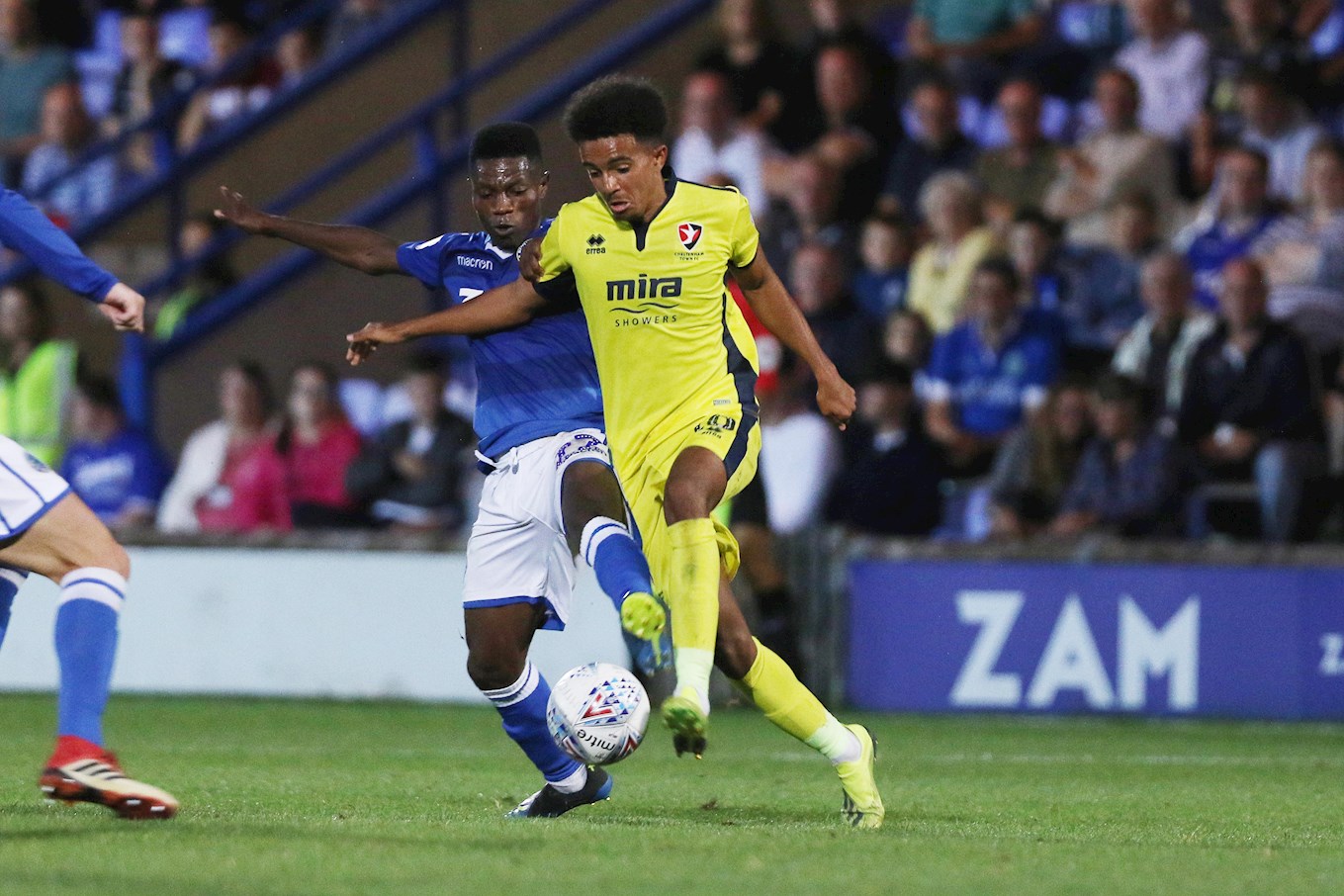 At the age of 14 you moved to Chelsea – how was that overall for you. Have you matured more than perhaps people your age would have done?

It’s a hard thing leaving home at 14. The early stages was tough but in the grand scheme of things it has helped me. I’ve definitely matured in that process and again this year moving to Cheltenham in my first loan everything is new. I think I’ve adapted well. It didn’t take me too long to adapt – I think I’ve gone up even more in my maturity.

Michael Duff came in as manager during this season. He has played at the highest level – is it good to have someone who has that kind of understanding of what it’s like at an elite club?

He is great. He is definitely always looking to improve me. He can be hard on me but that is what I want – you always need someone that’s going to want you to do well – because if I’m doing well the team is doing well. He’s played at the highest level and managed an academy before previously so I think he understands the areas where I’m good at and what I need to improve on. He has been great with me.