George Lloyd was recalled from his second loan spell at National League North club Hereford on Tuesday and made an immediate return to action for the Robins, coming on as a second half substitute in the 2-0 win over Cambridge United that evening.

The academy graduate celebrated turning 19 just over a week ago and has been a regular feature in Hereford’s starting XI since making his second switch this season to Edgar Street.

Following his return to the Robins squad, Lloyd discusses how he found life at Hereford, the challenges of playing in the National League North, working under Michael Duff, his first full year as a professional and being back at the Jonny-Rocks Stadium.

You’ve been recalled from your loan at Hereford, what are your thoughts on being back?

It was really nice to be back involved on Tuesday. There are a few injuries which is why I was recalled. I really enjoyed my time at Hereford though, I got a lot of game time, so it’s obviously mixed emotions.

Is it difficult going back to Hereford expecting to be there until the end of the season but then having to suddenly come back again?

As a footballer things change when you don’t realise and it can change in a matter of minutes really. You’ve got to take every thing in your stride and work your way around it.

Hereford is quite a unique club at National League North level – they get massive crowds for that level – what was it like to go to a club like that because in size it’s almost like going to another League Two club?

It was different. The fans are amazing there – they’re constantly loud. There is a band of about five teams in there that are getting 3,000 plus crowds, so you’re playing in front of crowds that were in the Football League a few times and that’s good because it prepares you for when you do play in the Football League.

There are a lot of ex-League teams in the National League North, how did you find the style of football and its difference to the Football League?

It’s really mixed because you’ve got teams like Kidderminster who will play out from the back and their movement in midfield is ridiculous really, you can see why they are where they are. You then have your bigger teams who just boot the ball up the pitch to big strikers. 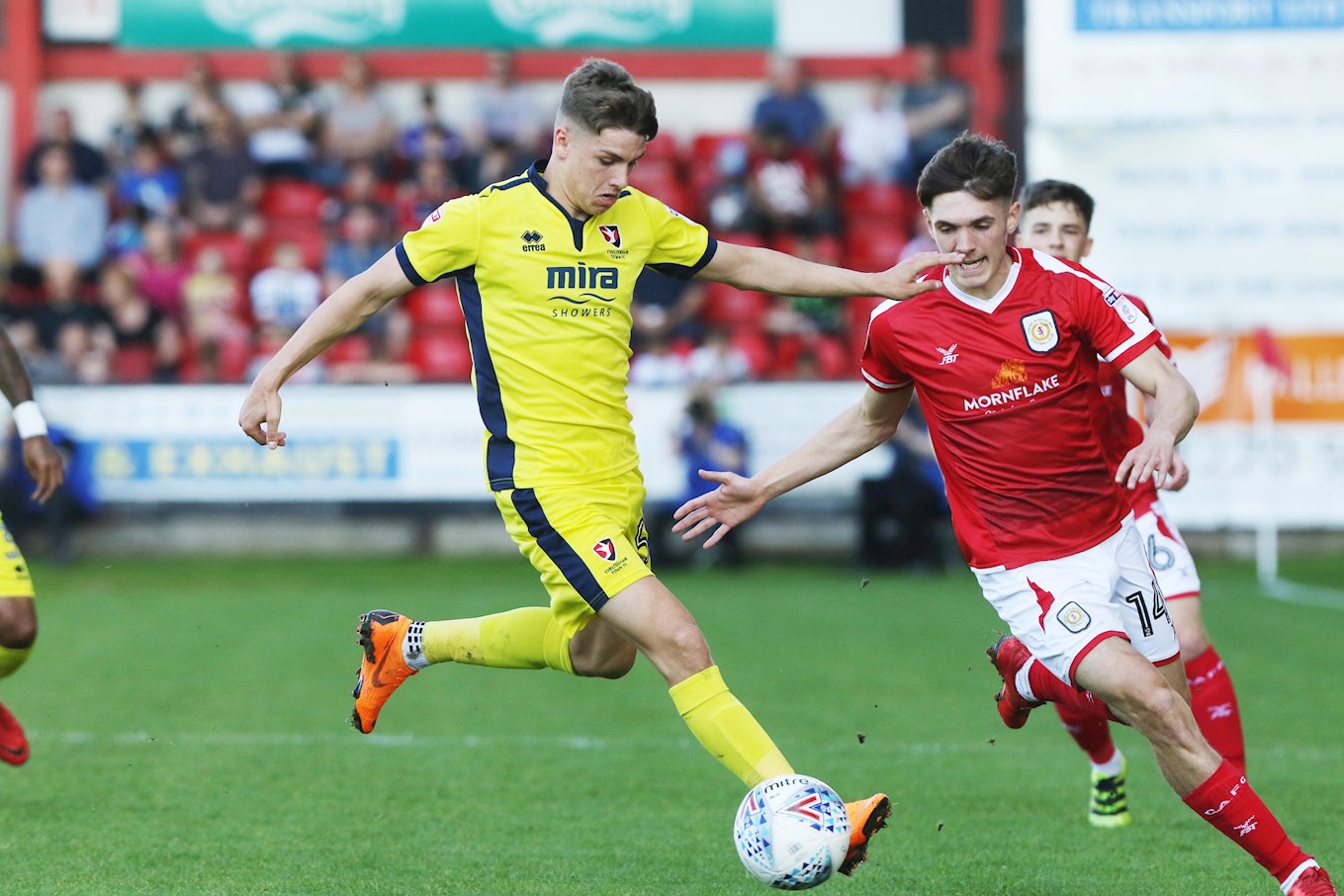 How did you find working under and with Marc Richards and Tim Harris?

Rico and Tim did a lot for me. I came straight in and started straight away. They talked to me a lot throughout the game and gave me a lot of game time so I’m really happy with what they did for me.

You went in as a Football League loanee and started a lot of games even though you’re still only young, were you expected to perform being a professional coming from a team in leagues above?

When I first went I wasn’t expecting to start the first game. I thought I wouldn’t but I did and I thought I did quite well. It has been difficult because I’ve had some games where I’ve played really well in and others where I didn’t touch the ball because most of it has been in the air. You’ve got to try and adapt and learn at certain times when games aren’t going your way. I think that’s really helped me.

You’ve recently turned 19 and this season is your first full season as a pro. Do you feel like a different player to the young one who got his opportunity with the first team last season?

When I was a young player in the youth team I was scoring a lot. When I got the ball everything was a hundred miles an hour, in the first team you can’t really do that and sometimes you’ve got to slow down, knock it off, and make another movement. I’ve learn a lot about that.

I think it was always a case of getting your head down. Obviously when there are a lot of headlines you can’t look into it too much, you’ve just got to get on with your football, because if you start looking into it then you’re just going to become a bit big headed and you don’t need that. You just need to carry on focusing on your football and your work ethic will get you where you want to be. 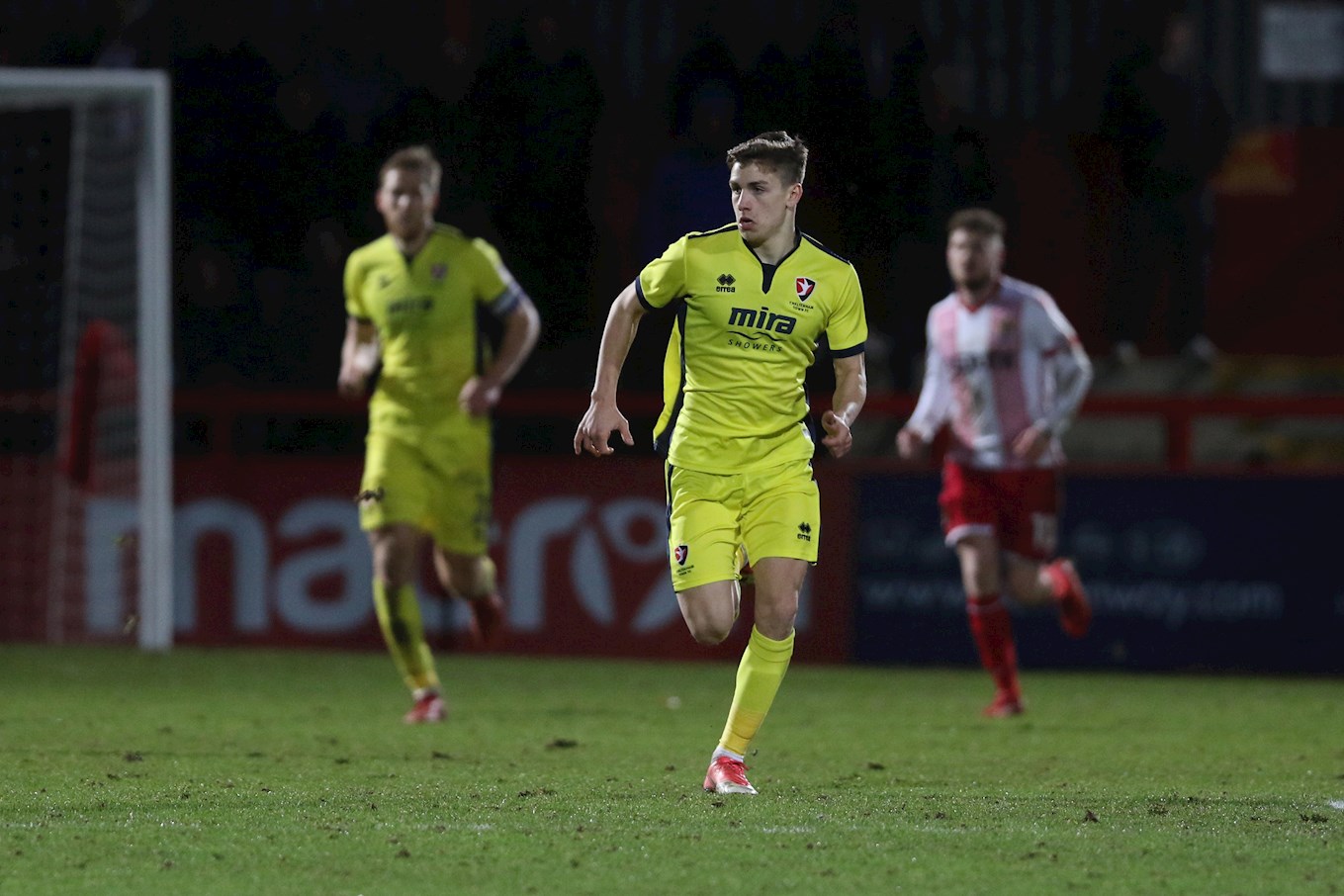 You’ve had the two loan spells at Hereford this season – would you look to go out on loan again to get more game time if it meant it could develop you more?

You were helping Hereford pull away from the relegation zone in the National League North, it’s now a case of doing the same thing here at Cheltenham. It’s almost the same story but doing it again two divisions above?

When I went to Hereford they were in the relegation zone. They have turned it around a little bit and they’ve had good performances. I don’t think they’ve had the best of luck in games. The game we just had when we got a red card and probably should have won it but we didn’t in the end. Cheltenham are in a better position than what Hereford were when I went in. I think at Cheltenham we’ve got a good group of lads and we just need to keep our heads down and working so we don’t fall back.

Michael Duff is the manager now – how have you found working with him as it’s completely different to the one who gave you your opportunity with the first team last season?