It has been a busy month of comings and goings at the Jonny-Rocks Stadium with further progress on the pitch too as the Robins continue their climb away from the League Two drop zone. Revisit all the main talking points from the first month of 2019 in a quick summary looking back at the month.

1 January - The year got off to a great start on New Year's Day with a trip to Yeovil Town's Huish Park and a 4-1 away victory, courtesy of four different scorers. Luke Varney, Conor Thomas, Jordon Forster and Kevin Dawson all made it a great start to the year.

3 January - The first January arrival headed into the club in the shape of Bristol City loanee Cameron Pring, who returned to the Robins having previously been a youth development player at the Jonny-Rocks Stadium. Heading out the other way was Tom Field, who returned to Brentford.

4 January - Kelsey Mooney saw his loan come to an end and the young Aston Villa forward returned to his parent club. Chris Clements was tied down on a deal until the end of the season and extended his stay at the club.

5 January - An Ollie Palmer penalty left the Robins frustrated in West Sussex as they suffered defeat on the road at Crawley Town. 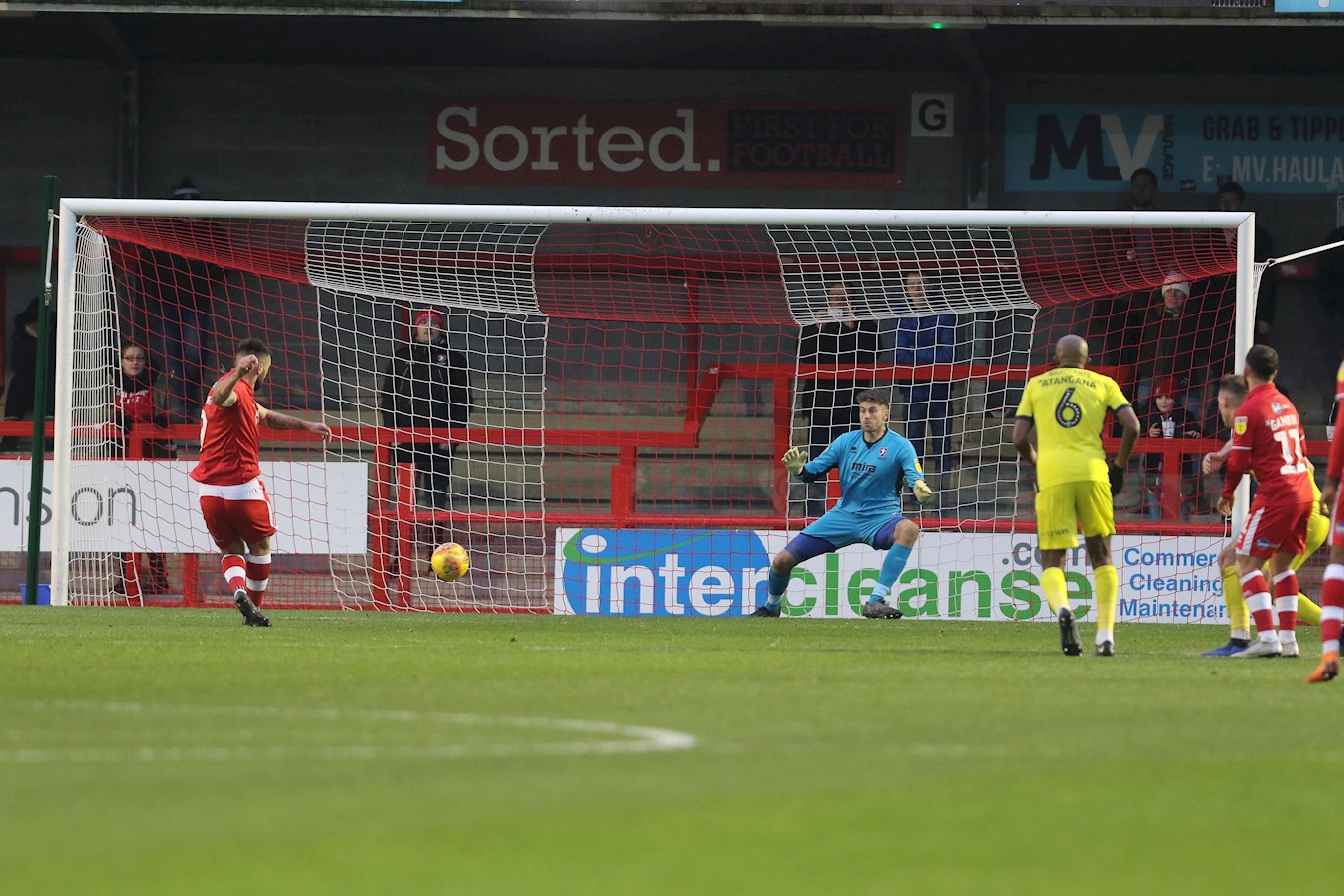 7 January - Front man Tyrone Barnett turned his loan from Port Vale into a permanent transfer, agreeing a full time contract until the end of the season.

8 January - League One Oxford United were held in a 1-1 draw at the Jonny-Rocks Stadium in the Checkatrade Trophy third round. It would be the team from the level above that would progress though, winning a penalty shootout to get through.

11 January - Fans favourite Billy Waters returned to the club, signing a loan deal until the end of the campaign from League Two rivals Northampton Town. 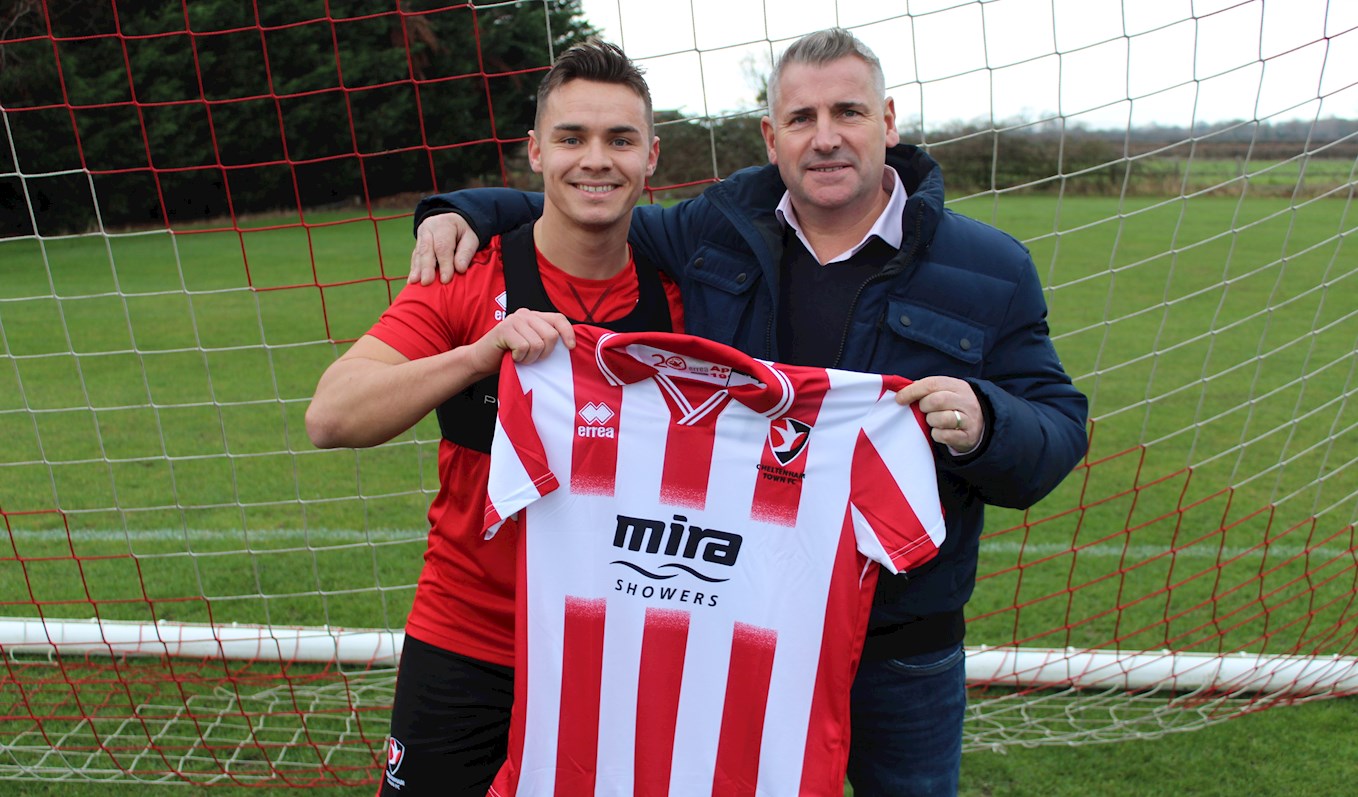 12 January - Despite taking the lead towards the end of the first half through Luke Varney, Tranmere Rovers netted three second half goals to see the Robins suffer a rare home defeat, with last season's National League play-off winners claiming three points with a 3-1 win.

15 January - Michael Duff bolstered his ranks even further with the loan addition of central defender Charlie Raglan. The 25-year-old moved to the club on a loan until the end of the campaign from Oxford United.

18 January - Two front men were sent out on loan to National League North clubs. George Lloyd agreed a return to Hereford until the end of the campaign, while Liam McAlinden agreed a month-long stay at Kidderminster Harriers.

22 January - A youthful Robins side hosted Slimbridge in the Gloucestershire Senior Cup quarter-finals at the Jonny-Rocks Stadium. After the Swans levelled at the death the game went to penalties, with the Southern League side progressing into the semi-finals with a victory from the spot.

26 January - An epic comeback saw second half goals from Luke Varney, Jacob Maddox and Charlie Raglan on his home debut seal a 3-2 win over Macclesfield Town. The Silkmen had led 2-0 in the first half but Michael Duff's charges turned the game around to seal maximum points.

28 January - Defender Craig Alcock's time at the club came to an end, with the defender leaving at the end of his short-term contract.

The Robins get February underway with a home fixture with Cambridge United on Saturday. Kick-off is at 3pm and tickets can be bought online in advance here and at the turnstiles.