A young Cheltenham Town under-18s side were in EFL Youth Alliance action on Saturday where they took on Oxford United.

The under-18s, who finished with six 15-year olds on the pitch, scored twice either side of half time through Callum Ebanks, but an experienced Oxford side proved to much for Pete Haynes team scoring six of their own.

The visitors started the game strong, when Callum Crook opened the scoring with just a minute gone when he headed in from a corner.

However, Oxford added a second soon after, when another corner was cleared straight into the path of Kai Knight, who finished well.

It was 3-0 soon after, when Crook added his second of the game after lobbing Leon Phillips in the under-18s goal. 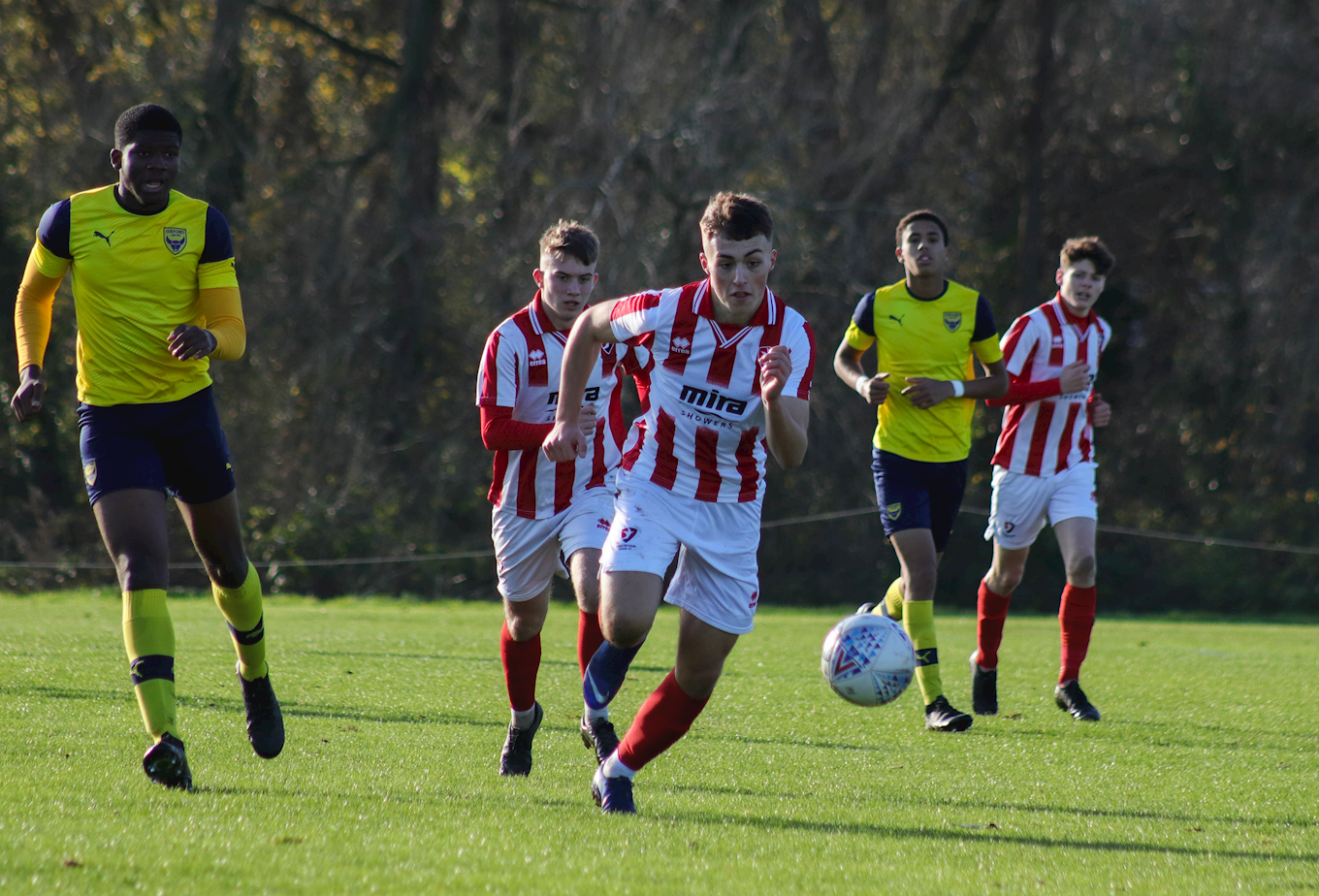 Evans-Harriot was causing trouble for the Oxford defenders, winning several fouls down the left-hand side.

As well as Evans-Harriot, Ebanks was working hard to break through the Oxford defence and he was rewarded with his first of the game.

Kian Bedford and Liam Atwell had fought hard in defence to win the ball back before feeding Ebanks who converted well from the edge of the area.

There was a chance for a fifth goal before half-time, with Oxford’s Knight adding his second of the game, after another corner was cleared into his path.

Haynes made two changes at the break with Brennan Dennes-Barrett and Dan Stevens introduced to add to the attacking threat, and this paid off almost straight away.

Dennes-Barrett battled hard to win the ball back in the midfield before passing to Ebanks who calmly added his second of the game.

Oxford added their fifth of the game, and their fourth from a corner when captain Jack Stevens scored. 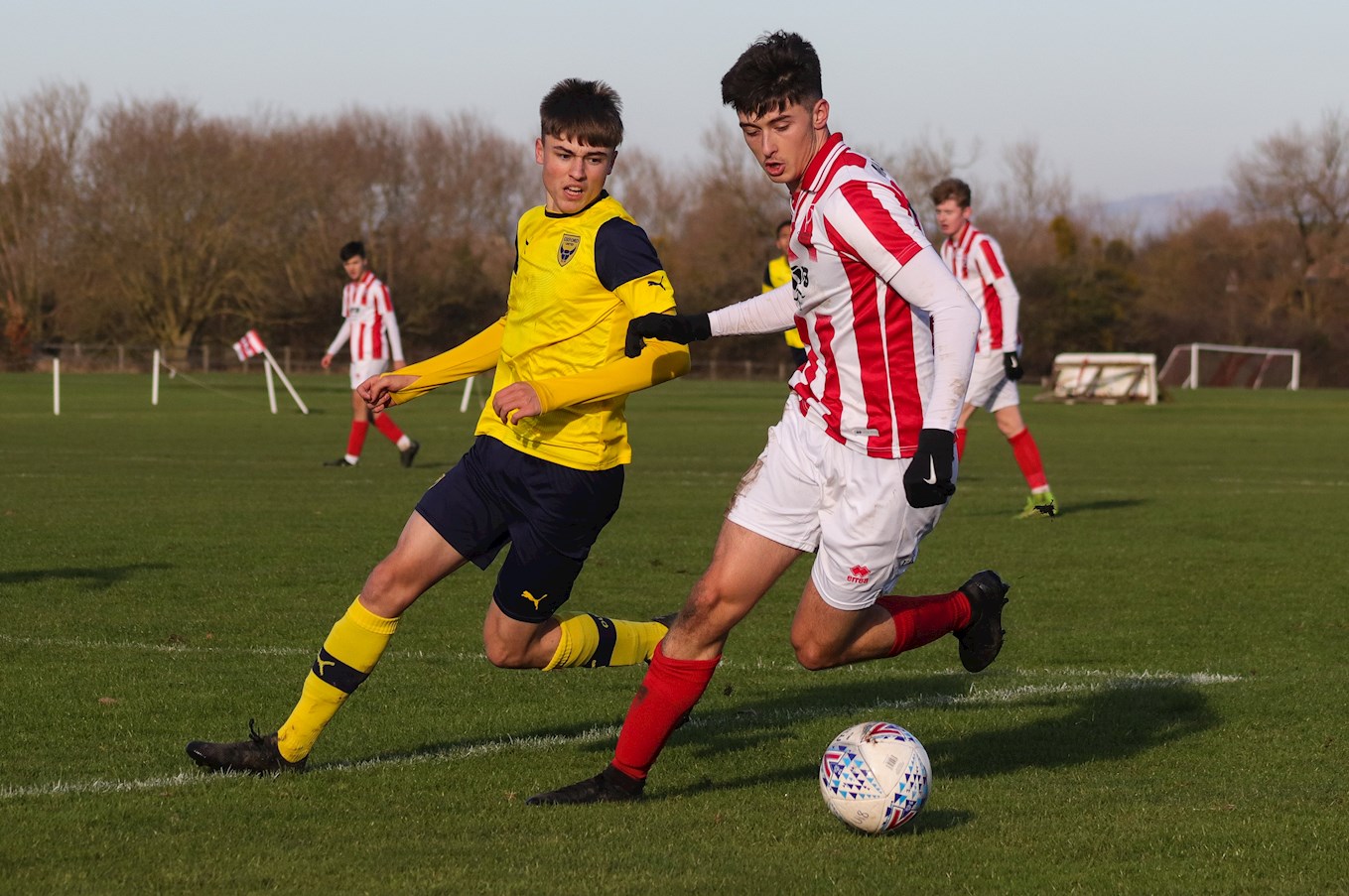 Cheltenham almost added a third goal, when Ebanks cross missed the feet of Stevens but fell to Evans-Harriott who shot wide.

And with minutes to go, the experienced visitors added their sixth of the game, with Tyler Goodrham scoring well past Phillips.

After the game, coach Haynes spoke about the importance of playing youngsters, saying:

“It prepares them sooner for men’s football and hopefully our first-team, they’re a scholarship year of 15 players, six of them are already out on loan so every week we are playing 15-year olds.

“And today with a couple of scholar injuries as well, we finished up with six 15-year olds on the pitch.

“It’s a credit to them and the work they that’s being going on with them in the academy, because players are stepping up to the 18s and are ready and are dealing with it and also today excelling.”

Haynes also added, that despite the score, his side created plenty of chances:

“As always though, after going two corners behind we had chances ourselves.

“We scored a good goal through Callum (Ebanks) and then we’ve had other chances as well where in open play we should have taken them, and I think if we’d taken them it would have been a different game.