Cheltenham Town continued their excellent away form to make it eight matches unbeaten on the road in all competitions as headers from Jonte Smith, Will Boyle and a late finish from Alex Addai secured three points against Mansfield Town at the One Call Stadium.

Bermudian striker Smith pulled away from his marker to head in a fourth goal for the Robins but a first in League Two to give the visitors a huge lift at half-time.

In the 52nd minute the advantage was doubled as Boyle finished excellently with a diving header to send Cheltenham on their way to a place in the top four with a game in hand after 19 matches.

In-form Addai made it six goals for the campaign by adding a third in the 86th minute to round off a brilliant display. 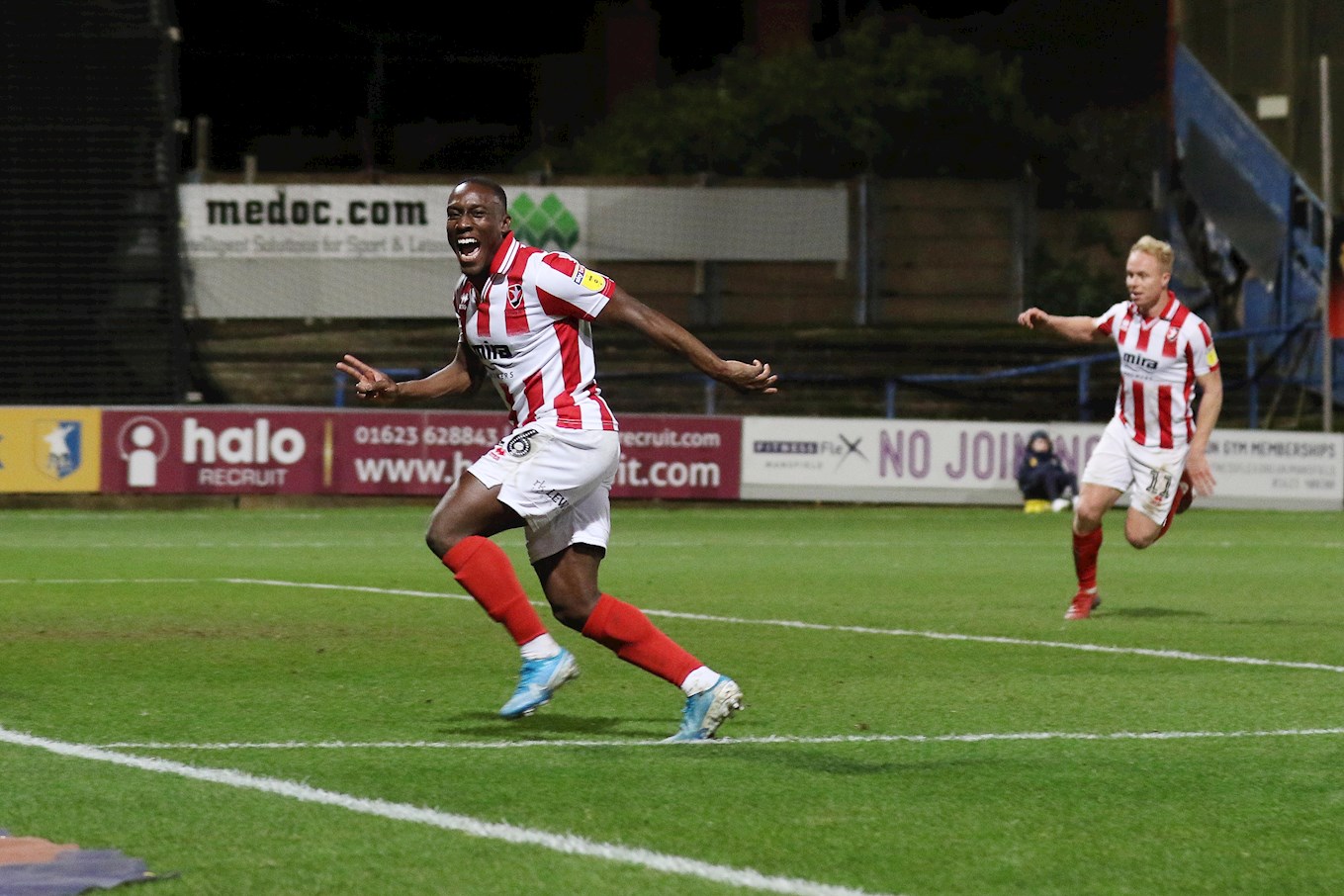 Manager Michael Duff made three changes to the team that were knocked out of the FA Cup last weekend, including captain Ben Tozer, who was absent for the first time in League Two this season due to illness.

Charlie Raglan replaced Tozer and Jonte Smith came in up front for the injured Reuben Reid, with Chris Clements starting against his old club in the place of Rohan Ince in central midfield.

Amongst the substitutes for the Robins was Josh Debayo, who returned to the squad after a three-month absence because of a groin injury.

Duff’s side had an early opportunity to get at the hosts, but Jake Doyle-Hayes opted to pass rather than shoot on the edge of the box and Jacob Greaves’ low attempt was blocked and cleared.

The Stags could have gone ahead shortly after when CJ Hamilton won a corner after a burst down the right-hand side only for Doyle-Hayes to head the ball off the line after Scott Flinders failed to get anywhere near the set-piece.

The home support was left frustrated shortly after as Nicky Maynard ran straight at the Robins defence, got past Will Boyle only for Raglan to halt his progress, with most in yellow and blue claiming a foul that fell on deaf ears.

Ryan Broom threaded a pass into Addai for Cheltenham’s best chance in the 19th minute only for returning goalkeeper Bobby Olejnik to block, the pacey forward then fired another shot in to force a corner which was close to being turned in by Doyle-Hayes.

But the breakthrough did come after 32 minutes as Hussey passed to Doyle-Hayes, the Irishman then clipped a brilliant cross into the box for Smith to nod in a first Football League goal for the club following a hat-trick in the Leasing.com Trophy. 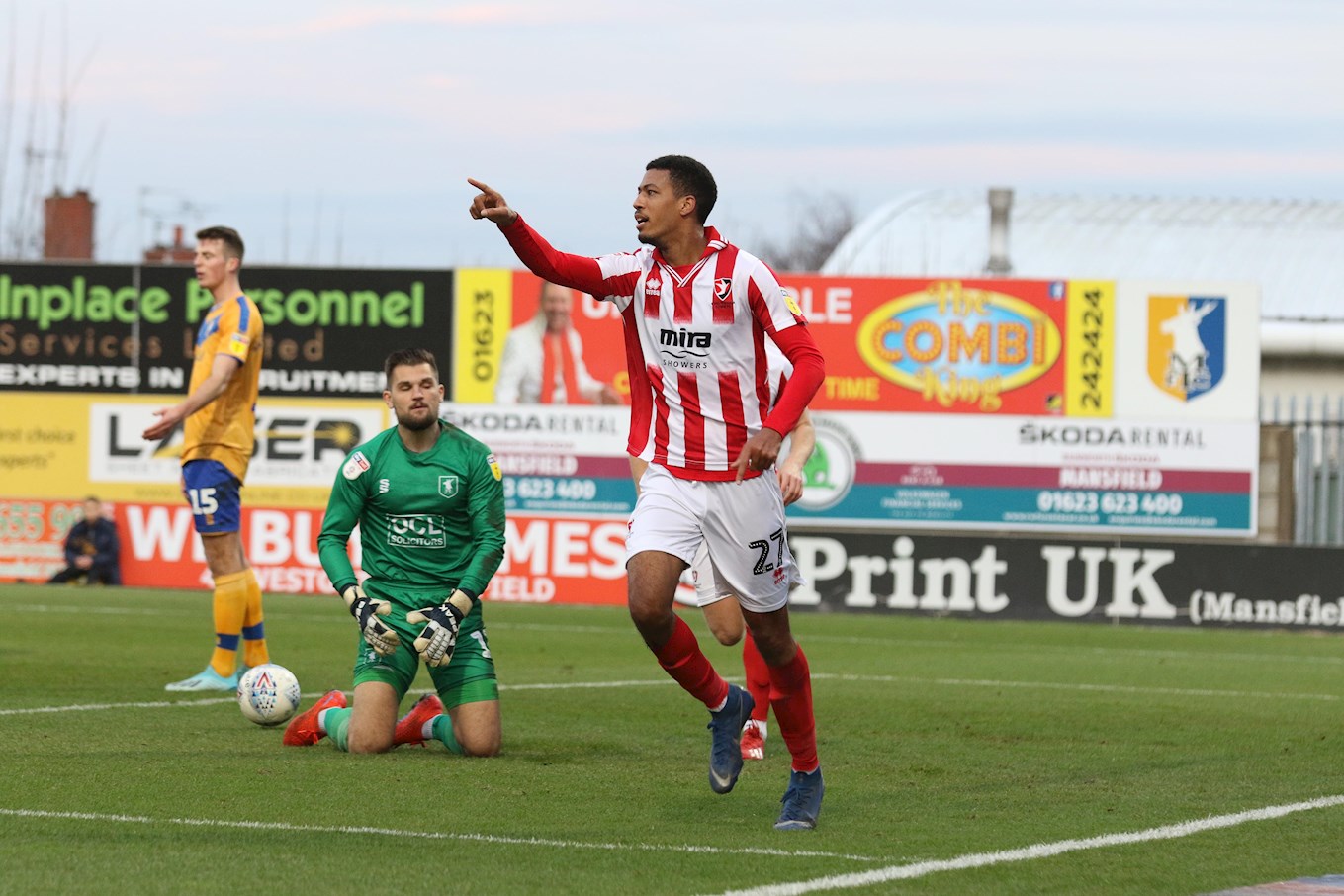 The goal lifted Cheltenham as Addai tested Olejnik again as the travelling Robins fans began to make themselves heard.

As half-time approached there was an opening for John Dempster’s side as Jacob Mellis flicked on for Maynard – who despite getting away from Boyle saw his low shot fire inches past the far post – as Cheltenham went into the interval ahead.

As the second half started stand in captain Hussey conceded a foul on the corner of the penalty area which led to Mal Benning whipping an effort over the crossbar.

But it was fast becoming the Robins’ day though, as after some extended pressure Hussey delivered a low free-kick into the middle and Boyle dived in to head in the second in front of a jubilant away end. 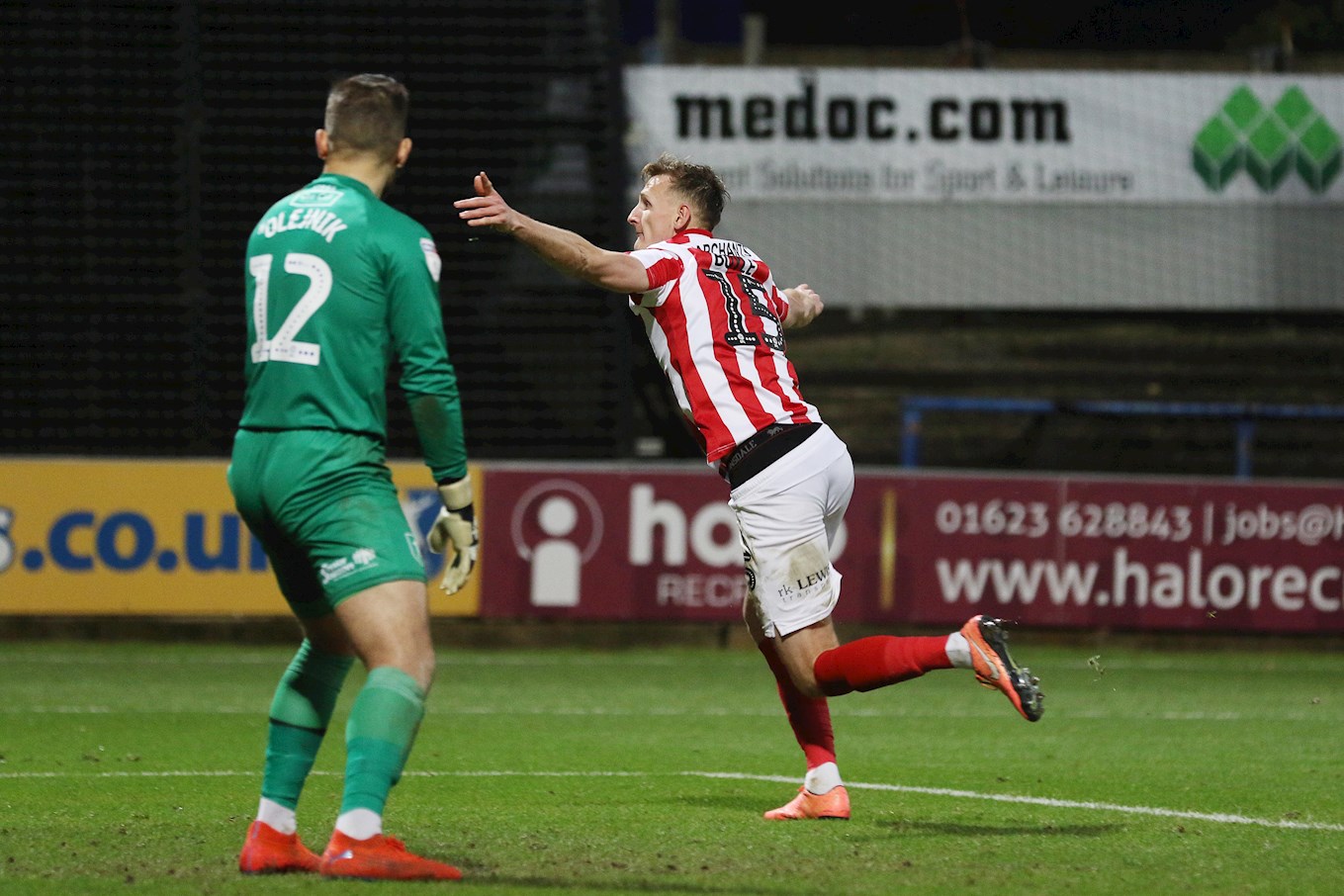 Confidence was flowing as Doyle-Hayes and Broom both came close with efforts from distance and Cook hooked over at the other end with the match opening up following the second goal.

Tempers were starting to rise with a few bookings handed out on both sides, but Duff’s side handled themselves excellently and were creating chances at will with Clements the next player to come close via a deflection.

Despite making attacking changes the Stags still hadn’t seriously tested Flinders as Addai took advantage of the space in behind to seal the victory, exchanging passes with Broom before running in to slot under the advancing keeper.

Youth product Grant Horton was given his debut for Cheltenham in added time too, coming on for Sean Long.