Michael Duff's Cheltenham Town side are on a mission to make it nine games unbeaten away from home when they travel to Port Vale on Saturday (kick-off: 3pm).

The Robins have been in fine form away from home this season with an unbeaten away record stretching all the way back to mid-September.

This weekend's contest though is an intriguing one as hosts Vale boast one of the better home records in League Two, so both records will be going head-to-head in what is the two clubs second meeting this season.

Tom Pope's quickfire second half hat-trick three weeks ago earned Vale victory in the FA Cup second round at the Jonny-Rocks Stadium and the two teams face each other again on Saturday in what is Cheltenham's penultimate away fixture of 2019.

Chris Hussey, Reuben Reid and Luke Varney will miss out through injury.

Conor Thomas and Tahvon Campbell are back in training so decisions will be made on them to consider if they are match fit for the squad.

Watch Michael Duff's press conference looking ahead to the trip:

Forward Alex Addai has also been previewing the game at Vale Park.

Watch some of the training preparations at The Energy Check Training Ground ahead of the clash:

It's three weeks since Port Vale visited the Jonny-Rocks Stadium in the FA Cup second round and earned a 3-1 win to progress to the third round.

The two teams will therefore know each other quite well and both clubs are enjoying significantly improved campaigns this time around. Vale are 10th heading into Saturday, six points behind the Robins and five points off Northampton who occupy the last play-off space.

Vale boss John Askey saw his team claim a point in a 0-0 draw at Crawley Town last time out.

Askey's side have lost at home just once in League Two this season. In fact their home record is more or less identical to Cheltenham's having won five, drawn four and lost one.

This weekend it's likely that Robins favourite Scott Brown will line up in goal for them. He enjoyed two highly successful spells in his time with Cheltenham and has also spent time at Aberdeen and Wycombe Wanderers. 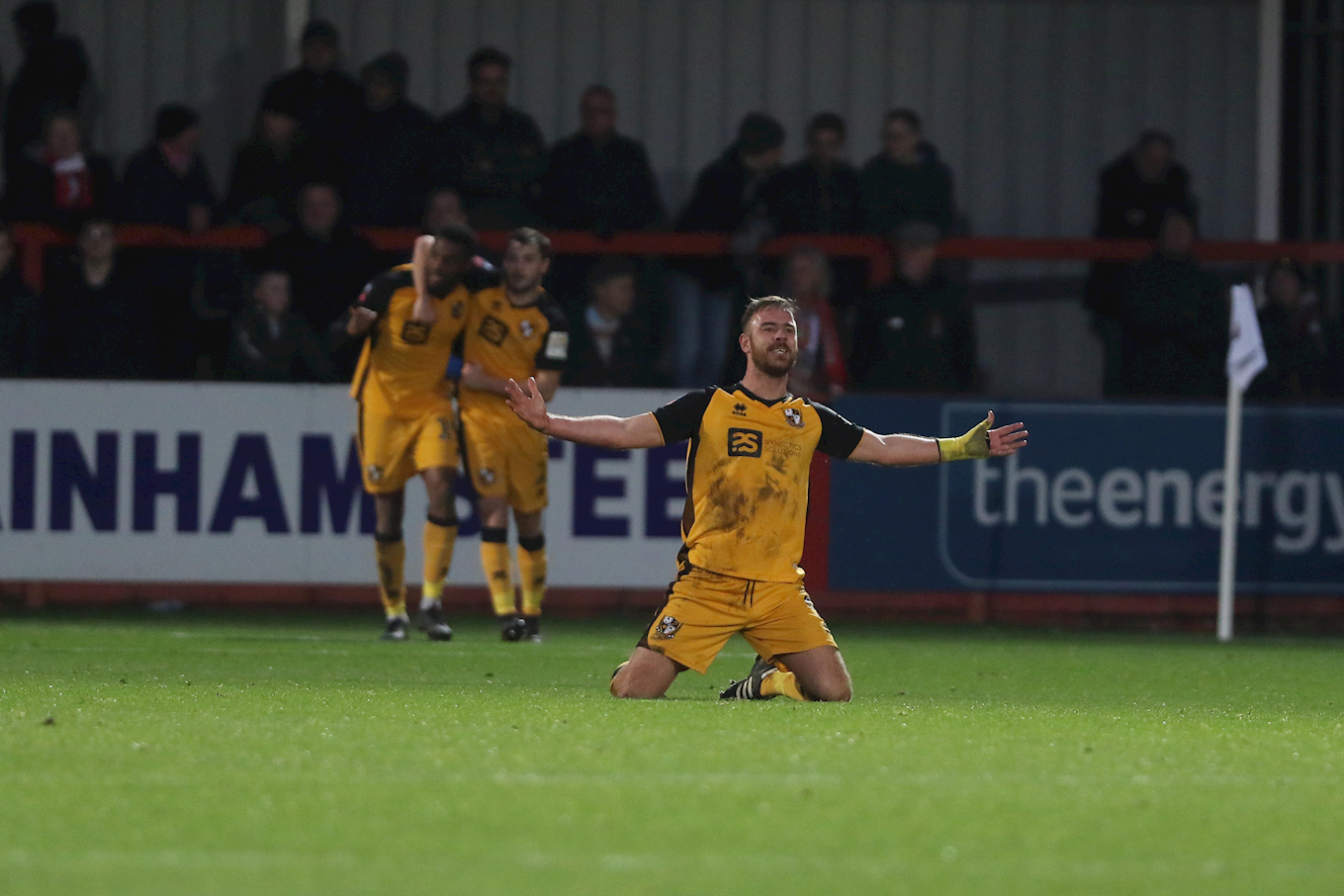 In midfield Luke Joyce provides years of League Two experience. Jake Taylor offers lots of energy, with the 21-year-old on loan from Nottingham Forest, while summer signing Will Atkinson is another potential body to use in their midfield department. David Worrall also returns from his recent suspension this weekend too.

Their forward line is dominated by their skipper and long serving talisman Tom Pope. Around him David Amoo and Rhys Browne add lots of attacking threat, while Mark Cullen and the physically imposing Richie Bennett add additional options to their attacking armoury.

There was late drama at both ends of the pitch last time Cheltenham visited Vale Park.

Nearly a year ago to the day Michael Duff took his side to Burslem for a game played in freezing and wet conditions.

Vale went ahead on 13 minutes. Cristian Montaño finished inside the area to give the hosts the lead.

They were pegged back though when Ryan Broom's shot was half-saved by former Robins stopper Scott Brown, and Sam Jones was on hand to follow up to level. 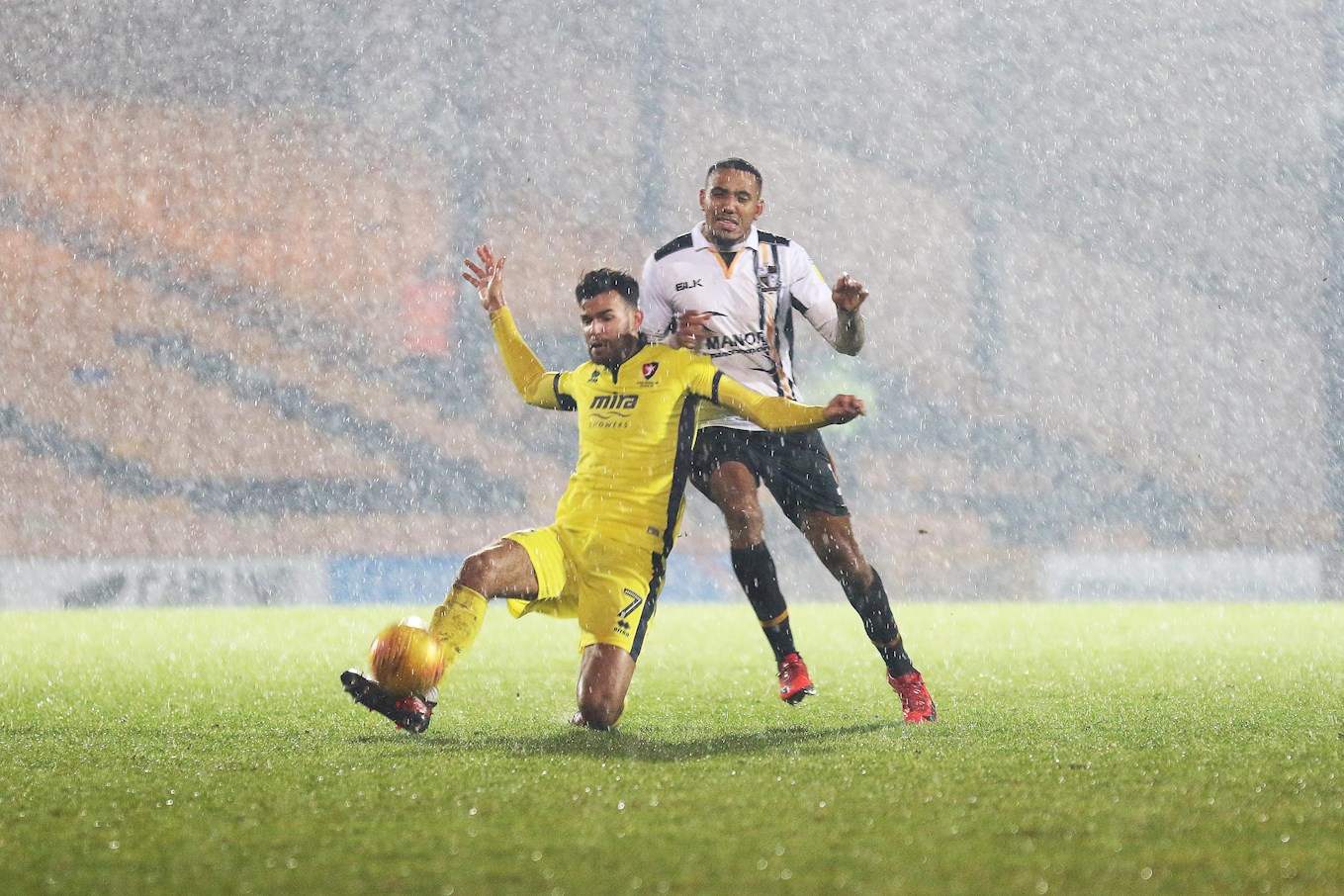 Cheltenham thought they'd won it at the death. Alex Addai's lay-off for Nigel Atangana saw the Frenchman guide a shot just inside the post to give Duff's men the lead for the first time.

Vale had other ideas though and on 93 minutes from a set piece Antony Kay found the net to see the match end in a 2-2 draw.

Watch the highlights from that match below:

Tickets are available to buy on the day at Vale Park. Prices for Robins fans are:

Supporters who have booked on the Travel Club coach heading to the match are reminded that it leaves from the Jonny-Rocks Stadium at 10.30am.

Check out AwayGames.co.uk guide to a matchday at Port Vale.

Keep up to date with events at Vale Park by following @CTFCofficial on Twitter for team news, match updates, photos and reaction. You can also keep an eye on the club's Facebook page for goal updates.

Stay in touch with the game by listening to full match commentary on iFollow too. Purchase a match pass ahead of the game.

Post-match check out the match report on the club website, and watch reaction from Michael Duff and a member of his squad.