The focus now is fully on Cheltenham Town's League Two exploits with Michael Duff's side's next test coming this Saturday with a tricky trip to Mansfield Town (kick-off: 3pm).

Out of the FA Cup last weekend, the Robins head to the One Call Stadium in a return to the bread and butter of League football on Saturday.

Last season Mansfield reached the play-off semi-finals, being denied a place in the final at Wembley by Newport County AFC.

A managerial change over the summer has seen the Stags take a new direction for the current campaign. It hasn't quite kicked into life for the ambitious Nottinghamshire outfit just yet, but there's no doubting the quality they have as they look to make their mark on the division once again in the months ahead.

Cheltenham will have to be very wary of that. Having gone seven unbeaten away from home though the Robins will be desperate to extend that run by taking something from the One Call Stadium.

Luke Varney, Reuben Reid and Tahvon Campbell miss out as they recover from injuries. Campbell has been back in training this week.

Josh Debayo is getting closer to fitness and Charlie Raglan is fully fit after his recent ankle problem. Conor Thomas' calf injury rules him out.

Seàn Long has also been looking ahead to the match. The 24-year-old is determined to help the team get back to winning ways.

Following their play-off semi-final defeat at the end of last season Saturday's opponents took a new approach to the current campaign with the appointment of John Dempster as their new boss.

Dempster replaced David Flitcroft as manager, stepping up from his role in charge of the academy having previously ended his playing days with the Stags.

Currently 15th in League Two, they will be hoping to string a positive run together which will lift them closer to the promotion spots they spent much of last season invovled in.

Irish born Conrad Logan, who is a regular guest at Cheltenham for the club's annual Injured Jockeys Fund charity match every season, has been the Stags go to man in goal this season. They can also turn to the talented Bobby Olejnik if required.

At the back the powerful pair of Krystian Pearce and Matt Preston may feature, while one-time Evesham United loanee Mal Benning could be involved on the left. He has a tendency to get forward with a threatening delivery from wide areas. 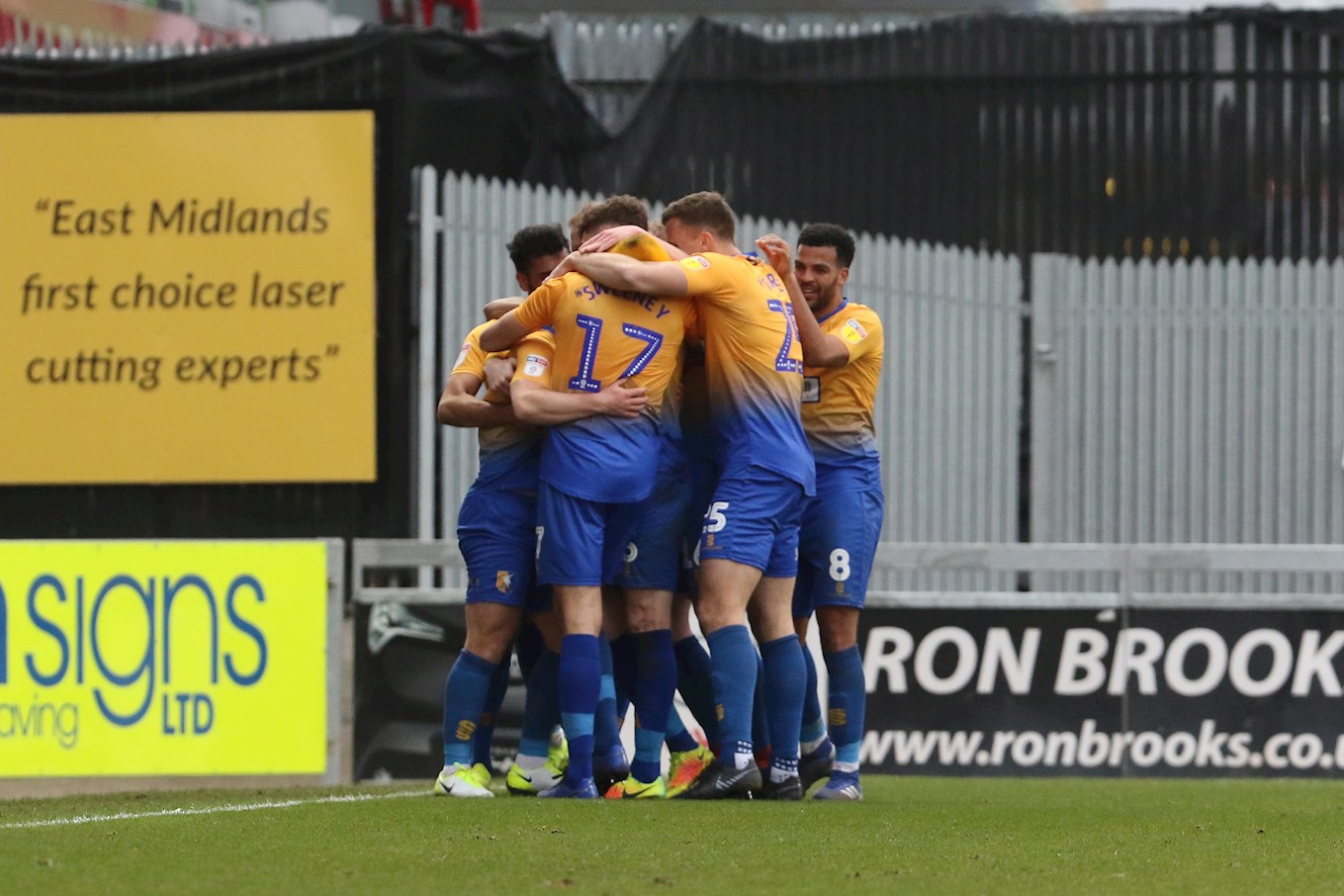 Their attack possesses a range of options. From the physical strength of Andy Cook to the goal scoring knowhow of Nicky Maynward who helped fire Bury to promotion from this level last term.

Alex MacDonald, a former teammates of Michael Duff's at Burnley, carries a threat and there is no doubting the directness of CJ Hamilton. Ex-Yeovil man Otis Khan could also feature while Oladapo Afolayan is on loan from West Ham United and is a willing runner up top.

Mansfield's away results have outshone their home ones this season. They've only won twice at home in the league this season, and have taken eight points from nine home matches, suffering five defeats and drawing on two occasions.

Advance ticket sales have now finished at the ticket office. Robins fans can buy on the day at Mansfield.

Supporters who have booked on the Travel Club's coach travel are reminded that the departure time is 10.30am.

Tickets are available to purchase from the ticket booth from outside the North Stand on matchday.

Last three points at the One Call Stadium

April 2014 was the last time Cheltenham returned home from Mansfield with all three points in the bag. Since then four visits have yielded two draws and two losses.

It was a second half brace from experienced striker Jamie Cureton who earned a 2-0 victory back on 21 April 2014.

He scored his first for Mark Yates side on 57 minutes and then completed the win when he slotted again with 11 minutes left on the clock.

Current Mansfield manager John Dempster was an unused substitute that day for the Stags. 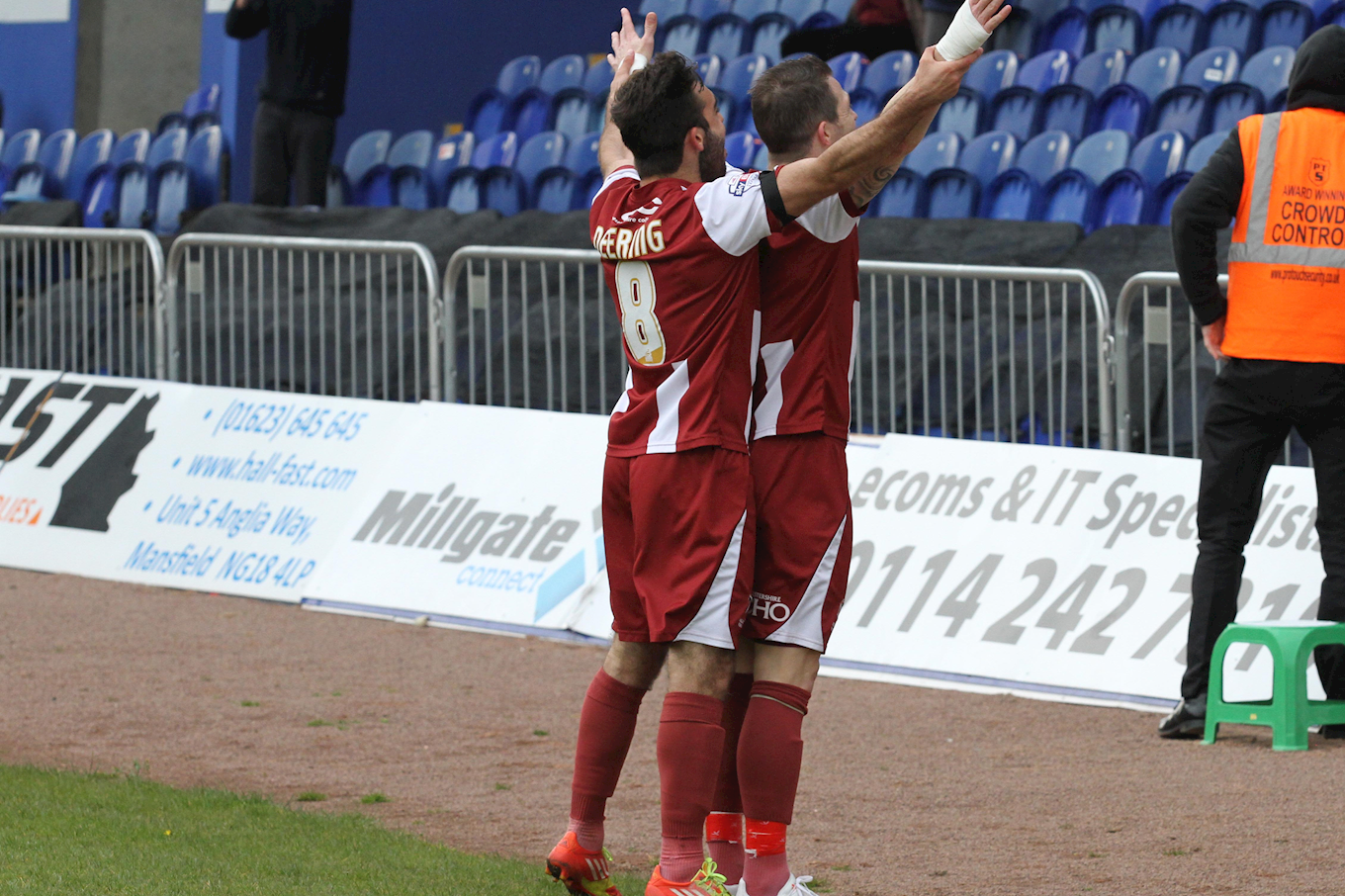 Stay on top of the action by following @CTFCofficial on Twitter for team news, videos, photos and match updates throughout the day. You can also check out the club's Facebook page for team news and score updates.

Listen to full match commentary by tuning in online via iFollow.

After the match visit the club website to watch reaction from Michael Duff and a member of the playing squad.

You'll also be able to catch highlights from Sunday onwards on the website and the club's YouTube channel.