Fresh on the back of last week's terrific away performance at Mansfield, Cheltenham Town return to home action on Saturday when Cambridge United are the visitors (kick-off: 3pm).

Michael Duff's men sit fourth in the table after an excellent away victory last time out and the challenge is to go out and produce another similar performance this Saturday against a U's team who like the Robins have been much improved this term.

Saturday's clash is the penultimate home fixture of 2019 at the Jonny-Rocks Stadium and Cheltenham will be aiming to keep the pressure on the top three with another good result if they can overcome a good Cambridge side.

Tickets for Saturday's match are available to buy online and on the day from the turnstiles.

Forward trio Tahvon Campbell, Luke Varney and Reuben Reid are not expected to be involved as they recover from injuries.

Conor Thomas also misses out with a calf problem while Chris Hussey is 50:50 having been suffering from illness.

Josh Debayo is likely to be back involved in the squad after his recent return from injury.

Defender Charlie Raglan also sat down with the media this week to look ahead to the game.

After finishing last season 21st in League Two, Saturday's visitors are enjoying a much improved campaign and currently sit in 11th place - four points off the play-off positions.

Manager Colin Calderwood (pictured) is in his first full season in charge and has engineered the Abbey Stadium outfit into a solid team in the division this term.

The former Nottingham Forest and Hibernian manager leads a team who earned an impressive home win against Plymouth Argyle last time out and who have lined up in goal this season with Bulgaria under-21 international Dimitar Mitov. 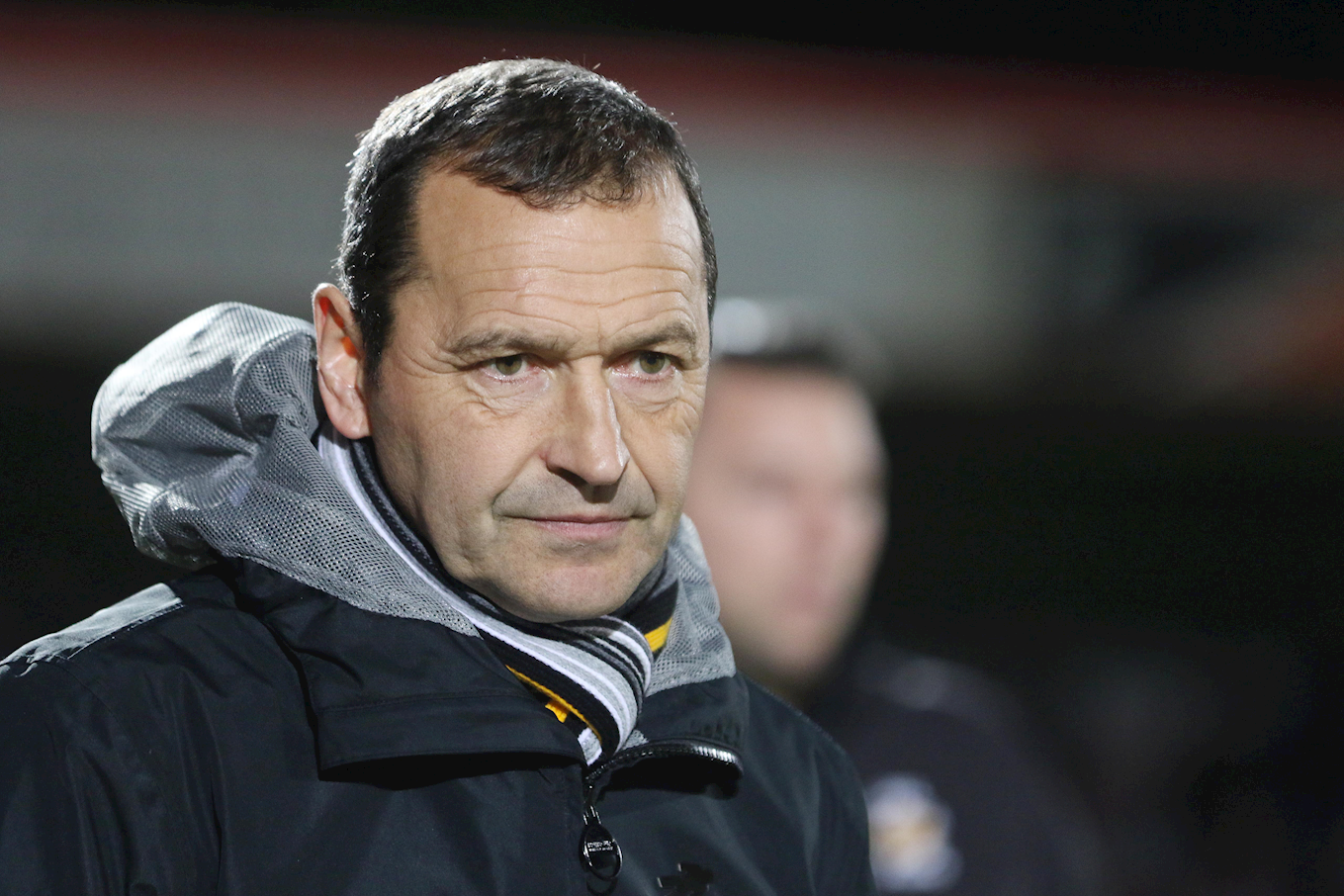 In midfield there's plenty of energy provided by Luke Hannant and Paul Lewis. Samir Carruthers brings plenty of experience from playing at a higher level to their ranks in this department too.

In forward areas Reading loanee Sam Smith has topped their scoring charts in the current campaign with six goals. Harvey Knibbs followed boss Calderwood to Cambridge in the summer while Reggie Lambe is a teammate of Jonte Smith's in the Bermuda international set-up.

Last time at the Jonny-Rocks Stadium

The Robins made it two wins out of two against Cambridge last season with victory over the U's in February at the Jonny-Rocks Stadium.

In a rearranged game following a previous postponement, Michael Duff's side earned three points with a 2-0 win.

An own goal from George Taft midway through the first half opened the scoring in Cheltenham's favour. 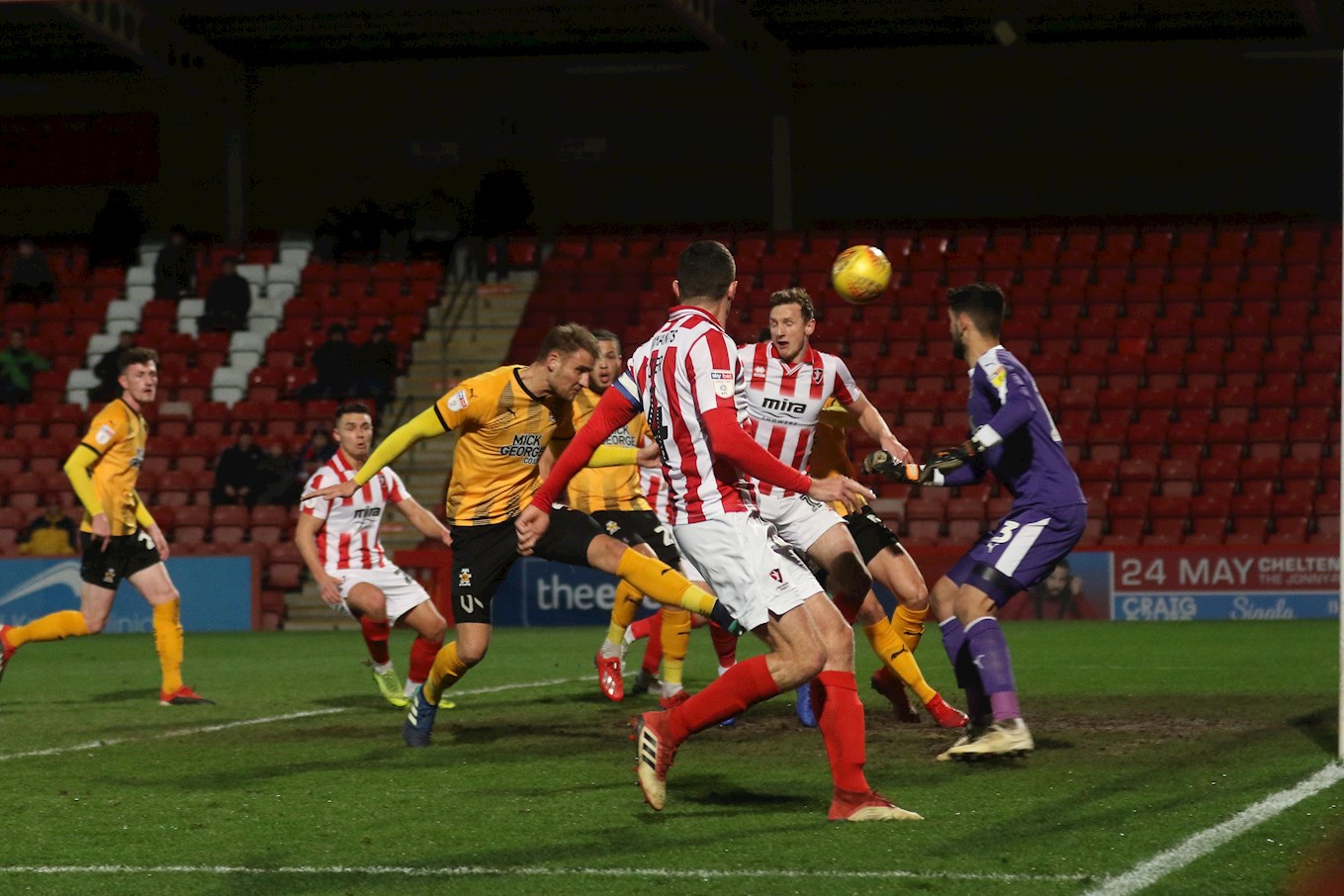 The second and final goal came from the penalty spot. Rakish Bingham's almost certain goal was handled on the line by Jake Carroll and from the subsequent penalty, after Carroll had received his marching orders, Conor Thomas struck.

Cheltenham were awarded a second penalty late on. Now current Robins loanee Jake Doyle-Hayes tripped Billy Waters in the box. Waters then took the spot kick but blazed over.

This weekend we are delighted to be welcoming back JJ Melligan and former manager John Ward as special guests of the club.

Melligan was a midfielder who enjoyed two spells with the club with his first stint, after signing from Wolves, seeing him gain popularity with the Robins faithful. He helped Cheltenham clinch promotion to League One for the second time in the clubs history and also had spells at Leyton Orient and Dundalk.

Ward became Cheltenham boss in November 2003 and at the end of the 2005/06 season he had guided the club into League One via a play-off final win over Grimsby Town in Cardiff. He moved to Carlisle United in October 2007 to become manager with the Cumbrians in a management career that has also seen him take charge at York, Bristol Rovers, Bristol City and Colchester United.

Supporters are being encouraged to bring along food donations to go towards Caring for Communities and People's (CCP) Hamper Scamper scheme for Christmas.

The Hamper Scamper seeks to spread the spirit of Christmas by giving hope and providing seasonal food parcels to families living on the brink of homelessness and struggling to afford food and heating during the festive season. They also support isolated adults and young people who don't have friends or family to celebrate with at this special time of year.

A van will be positioned in the car park at the stadium and Luke Varney will be present for most of the duration it's there to help take in food parcels.

Please give generously to help the CCP Hamper Scheme and those who need it most at this time of year.

It's another jam-packed programme for Saturday's game. It will be on sale around the stadium and from the club shop at a price of £3.

The big interview is with defender Will Boyle after his return to the starting XI. Ryan Broom is also on interview discussing his form this season and the improvements in the team in the current campaign. 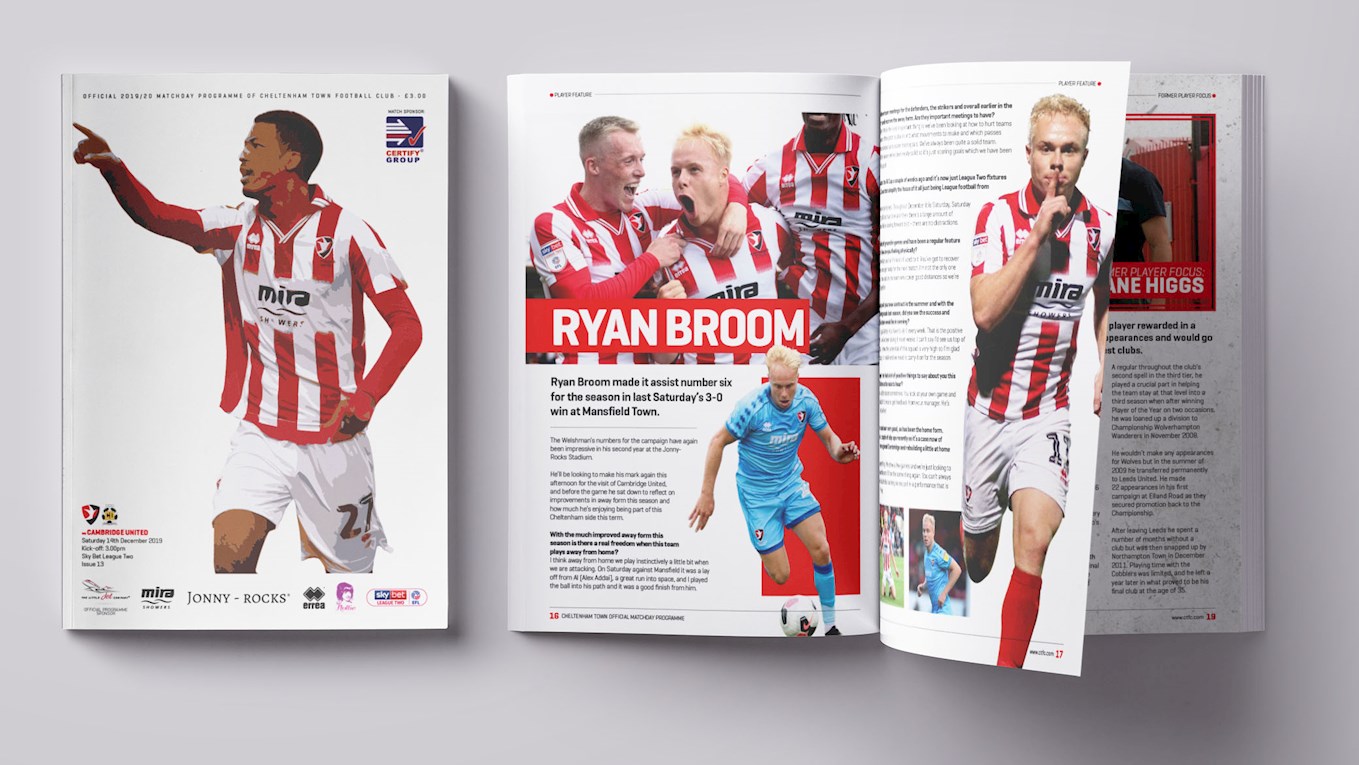 Fans can buy online at anytime for Saturday's game. Tickets will also be available on the turnstiles in all sections of the stadium.

The ticket office will be open from midday for fans wanting to purchase tickets for upcoming home matches and for the away match at Port Vale later this month.

The club shop is also open before the match selling merchandise and match programmes. With Christmas just around the corner it's a great time to pop in.

Up to 20 supporters who spend £35 or more in the shop or online before Monday 16 December will be entered into a draw to receive a half season ticket for the second half of the current campaign.

Keep an eye on @CTFCofficial on Twitter for team news, photos and match updates. You can also check out the club's Facebook page for score updates and team news.

Listen in to commentary live on iFollow by buying an audio match pass ahead of the game.

Post-match check out the club website to read a match report and to get reaction from inside the camp to the result.