Under-18s goalkeeper Freddie Lapworth made his debut for Southern League Division One Central side North Leigh on loan on Saturday in their 4-2 win over Barton Rovers.

The second year scholar is out on loan to gain valuable match experience having had loan stints last season at Lydney Town and Gloucester City.

A key part of the under-18s set up at the club, Lapworth has played his part in helping Pete Haynes' team reach the third round of this season's FA Youth Cup where a tie with Arsenal on Wednesday 18 December awaits.

He sat down to discuss his loan move to North Leigh, the under-18s FA Youth Cup exploits this season and his experience of being in and around the first team squad in his time as a scholar at the Jonny-Rocks Stadium.

How would you describe how your season has gone so far?

It has been quite a good season, especially with the FA Youth Cup everyone is buzzing off that. Personally it’s getting to the stage where I am going out and playing men’s football which I love. It is very different but it’s enjoyable.

You've headed out on loan to North Leigh. Apart from spending time with the Gloucester City squad last season it's the highest level you've been loaned out to so far. You must be excited by that?

I support Banbury United which is my local team and quite a lot of their ex-players play for North Leigh and it will be quite cool to play with people who I used to watch. I’m looking forward to that and just playing at a decent non-league level and getting used to men’s football and being able to join that environment and feel comfortable.

What has the FA Youth Cup run been like and looking ahead to the Arsenal game?

The FA Youth Cup has been incredible. Last season we were all really disappointed with the way we went out in the second round. Last year we wanted to get to the third round. This year we just took it as it came and we’re in the third round and it’s probably the biggest tie of the third round so we’re looking forward to that. 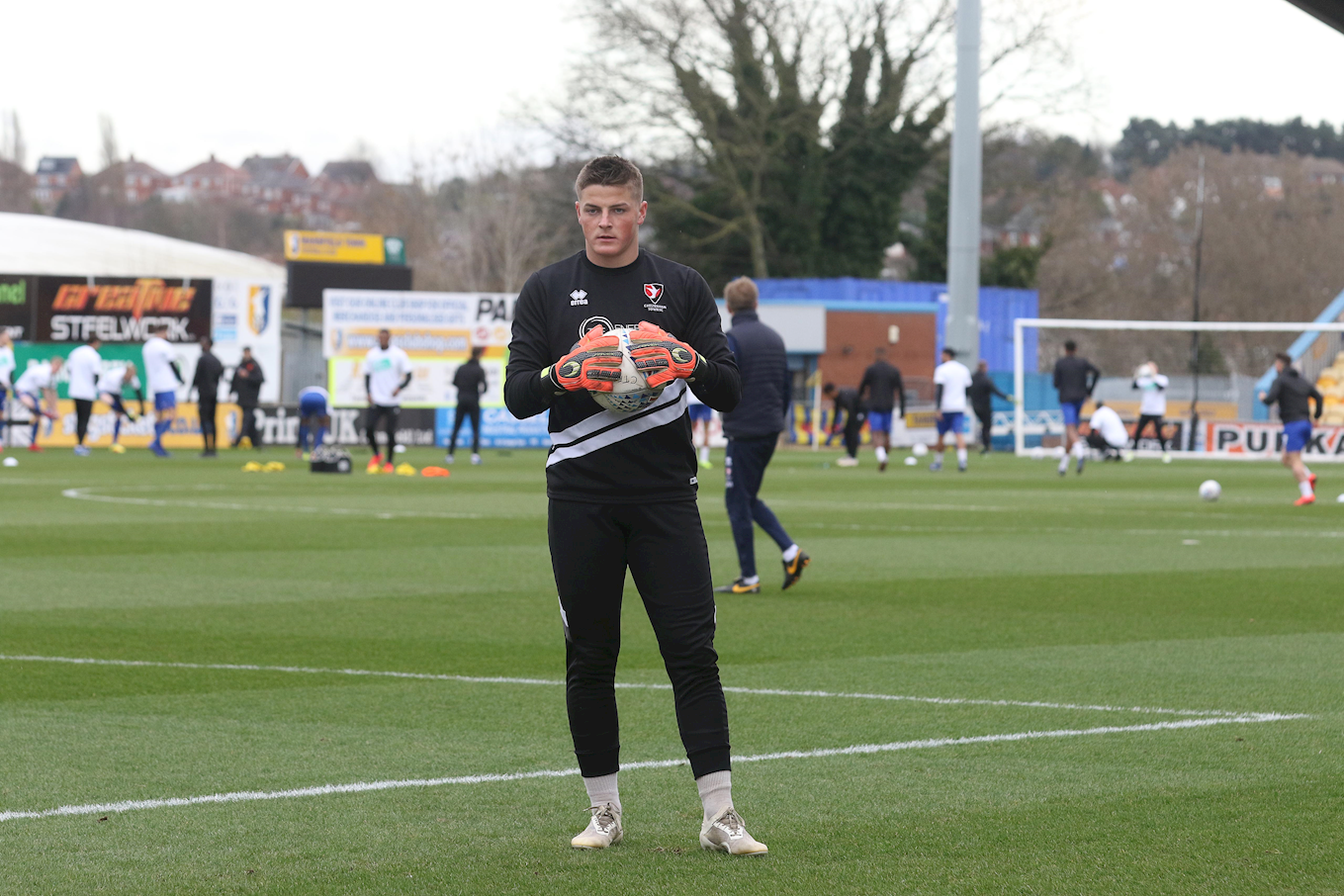 Does it feel like your scholarship is flying by with just a few months left of being an under-18s player?

How did you end up at Cheltenham in the first place?

Oxford was decent. They’re always quite a good academy in the sense of everyone know who they are because it’s quite central. It is the biggest team in Oxford and it’s a big city. We played against some good teams like Chelsea, Arsenal, Leicester, Tottenham and got some good results against them. We beat Tottenham and Chelsea once, lost to Arsenal and with Leicester drew both times. We were quite a good academy side. 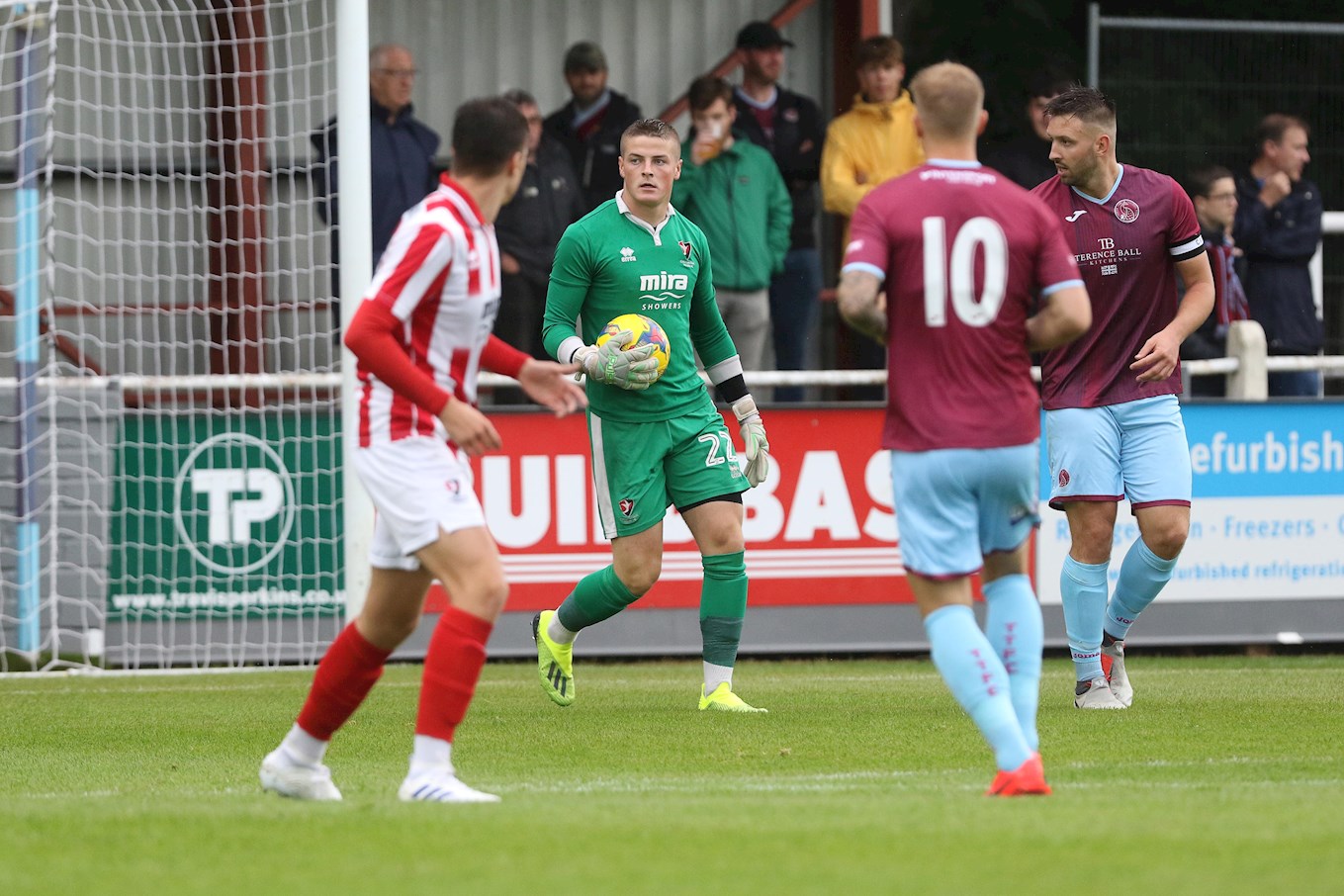 You are a keen football watcher having grown up watching Banbury United?

I used to be a season ticket holder, not anymore because I play on Saturday’s. It used to be brilliant. I went there since the age of six. It was nice to watch and you got quite a few ex-academy players playing and quite a few loanees. It’s quite cool to see that. There was a guy called Zac McEachran who was in Jamie Vardy’s academy – you get players like that and it’s cool to see how players can transition from non-league into then possibly playing in the professional game. I’m also an Aston Villa fan. It’s obviously not been great for the past few years but they’re back in the Premier League now. Banbury is a ten-minute walk from my house. It is quite cheap to go and watch and good entertainment.

You often train with the senior goalkeepers. Are there benefits to being part of that individual department you're in?

It’s great to have the environment with the goalkeepers union. I’m in quite a fortunate position with it just being Scott and Rhys, meaning that I can make up the third ‘keeper and join in with their sessions. When you’re in the academy you learn certain stuff, but when you move into the professional side you learn so much more. It’s not for example technical, it’s tactical and doing things to put off the striker and learning different ways to get around things to become a better ‘keeper.

You had opportunities with the first team last season in the Checkatrade Trophy and away at Mansfield. What was that like for you?

For the Forest Green game I had trained that day and done a double session. I got a phone call because Scott was ill I think. Antoine rang me up and said what are you doing now because you’re on the bench tonight? He came to my digs and picked me up and we got there five minutes before kick-off. I hadn’t done a warm up and I was in the changing room getting changed. I went outside, sat on the bench, and in the first half Rhys went down injured. Russ turned around to me and said to go and warm up. As I went to warm up because I had done a double session I had cramp in my hamstrings! I was cramping up before even doing anything. Mansfield came about because Rhys was injured. I’d just come back from injury myself. I loved it – in the changing rooms everything is just focused on the game. It’s all about getting three points. It was quite a nice ground so it was cool to warm up there and to do the warm up in front of the fans and get a feel for what it’s like to be a professional footballer.