Cheltenham Town are in Carabao Cup first round action when they make the short trip down the M5 to face Bristol Rovers at the Memorial Stadium tonight (7:45pm kick-off).

The Robins will be looking to follow up Saturday's brilliant first victory of the season when they put four goals past Scunthorpe United, as they head to the Memorial Ground for their first cup tie of the new campaign.

Michael Duff's side could have faced the Pirates in pre-season before the fixture was postponed, but he now comes face to face with their manager Graham Coughlan in competitive action, who he is familar with from their time at Burnley.

Duff knows all too well the challenge of the task at hand having to play away from home against a team in the division above but he is refusing to get distracted by the potential carrot of a champagne second round tie against Championship or Premier League opposition.

"It's a case of winning the game first," he said. "There's no point thinking we could have drawn Manchester United if we lose the game.

"The focus will be winning the game and then hopefully you get a little bit of luck off the back of it and get one of the big ones.

"Obviously for a club of our stature, cup runs are important so the key is basically trying to get that win."

Duff confirmed in his pre-match press conference that it is unlikely Chris Hussey will feature after coming off at half-time against Scunthorpe, with Josh Debayo likely to deputise at left-wing back.

Striker Gavin Reilly is also unavailable to face his parent club, but fellow forward Luke Varney is in contention for selection again after returning from a one-match suspension.

The most recent addition to the squad, Jacob Greaves, could make his debut for the club at some stage - fellow centre-back Dan Bowry is also looking for a first appearance. 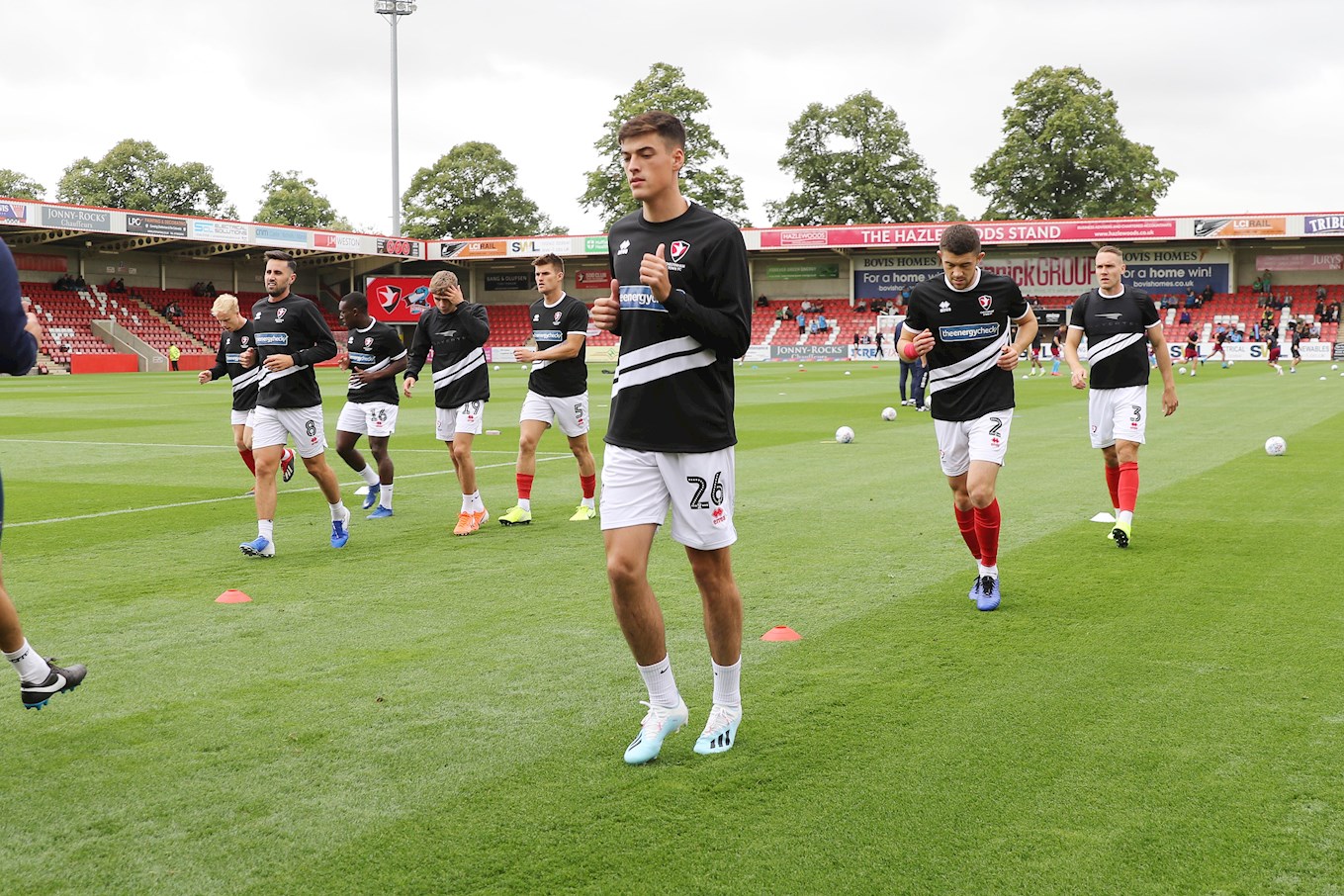 George Lloyd may also be an option after returning to the squad at the weekend, but Reuben Reid and Will Boyle remain out as they continue their recoveries from injury.

Midfielder Rohan Ince will also serve the second of his five match suspension.

Bristol Rovers head into the match having collected one point from two games in the third tier.

The Gas first lost 2-0 at Blackpool before drawing 0-0 at home with Wycombe Wanderers over the weekend, as Victor Adeboyejo hit the inside of the post with the best chance of the game for the hosts.

Defensively solid and strong - Rovers will have their attack boosted by last season's club top scorer Jonson Clarke-Harris - who made his return from injury off the bench versus the Chairboys.

Clarke-Harris netted 11 goals in just 16 appearances during 2018/19 for Coughlan's men and will be in contention to start this evening.

Cheltenham have a pretty close record against Bristol Rovers when it comes to past meetings, winning six of their 18 encounters.

The Pirates have won seven of those, with five draws but more encouraging is the Robins' recent record at the Memorial Ground of which they have won two out of their last three visits there.

League Two triumphs under Mark Yates came in 2011 with an impressive 3-1 success in the season that Cheltenham reached the League Two play-off final and again 2012, where former Gas striker Chris Zebroski scored the decisive goal in a 1-0 victory.

Rovers, however, did emerge victorious in their most recent metting in BS7 - as John-Joe O'Toole scored the only goal of the game in 2014.

For those on the travel club coach, it departs the Jonny-Rocks Stadium at 5:15pm, you can still book your place on board today by visiting or calling the Ticket Office.

Tickets are also available on the turnstiles with Cheltenham fans allocated the South Stand behind the goal.

Those travelling down from Gloucestershire have been asked to use turnstiles 24-26 and prices are £10 for adults and £5 for those who are under 16 or 65+.

Post-match you can visit the club website to read a report on the game and to get Michael Duff's reaction.