Oldham Athletic are the visitors ahead of the first of two games in four days for the Robins over the Easter weekend, with a trip to Morecambe planned in on Monday too.

A strong performance last weekend at champions elect Lincoln City has continued Michael Duff side’s good form in the division and having enjoyed a stunning 2019 on home soil, Friday’s game represents another exciting opportunity to extend the club’s home record.

Tickets for the game are available to buy online here and are also on sale on matchday at the turnstiles.

Top goal scorer Luke Varney is back and available after concussion forced him to miss last weekend’s draw at Lincoln City. Matt Bower is also an option after the defender returned from his loan spell at Weston-super-Mare recently.

Alex Addai is edging closer to fitness, however for Nigel Atangana and Tyrone Barnett injury rules them out.

It has been a tumultuous season for an Oldham side in League Two this season following their relegation from the third tier in early May 2018. Starting the season with Frankie Bunn in charge, Manchester United legend Paul Scholes stepped in for a stint as boss that lasted just 31 days, until academy manager Pete Wild was handed the role until the end of the season having already had a spell in caretaker charge.

Wild leads a team still with a narrow chance of making the play-off spots this campaign, though they will require a perfect end in the next few weeks to get there. Taking 10 points out of a possible 12 from their last four games has presented them with an outside chance. 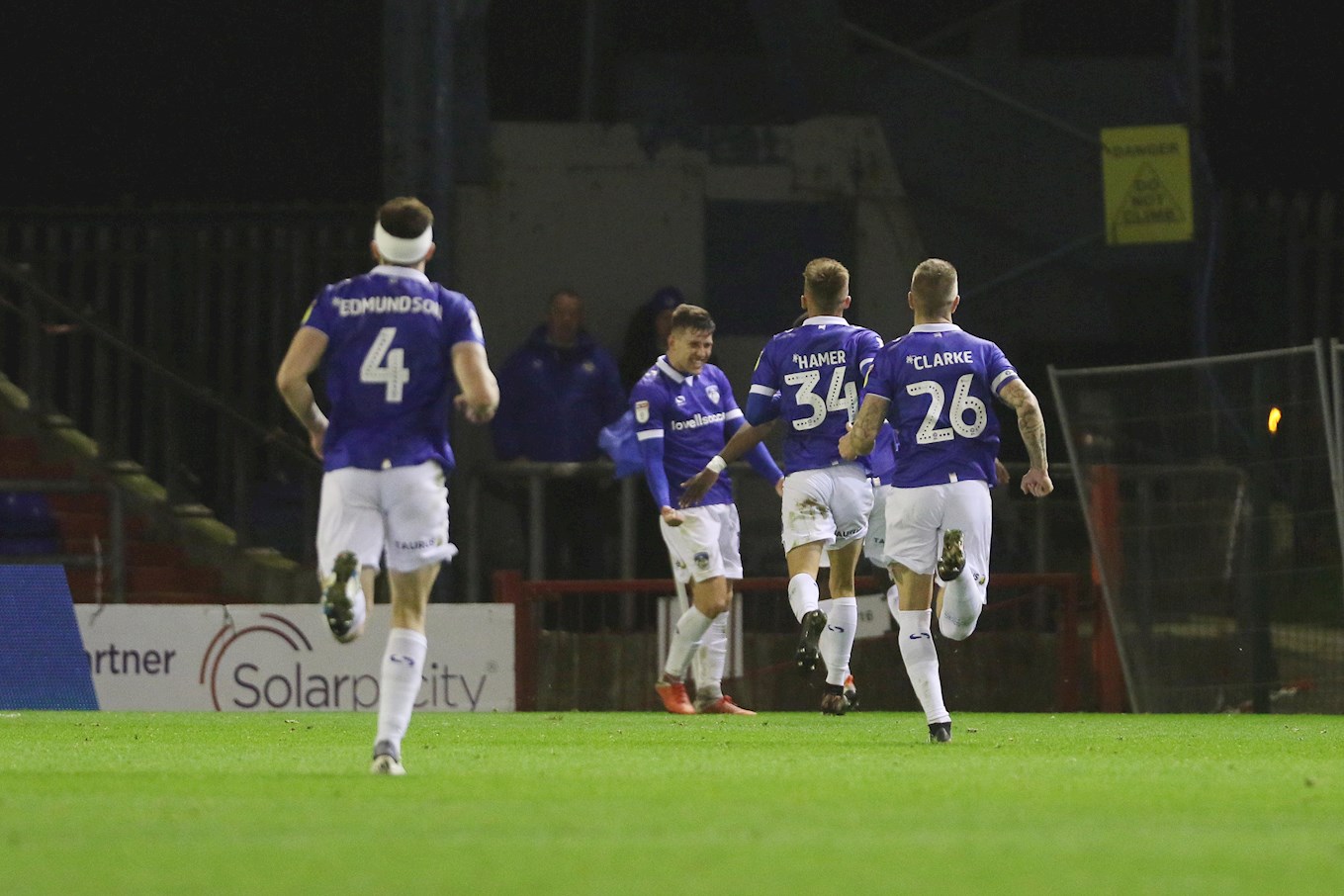 A key man for them this season is forward Callum Lang. On a season-long loan from Wigan Athletic, the 20-year-old has netted 14 times this season. He’s in a squad that also includes the likes of the talented Jose Baxter, Chris O’Grady and Frenchman Mohamed Maouche.

There’s plenty of international flavour to Oldham’s roster. Midfield man Gevaro Nepomuceno is a Curacao international, while fellow midfielder Christopher Missilou hails from the Congo, having spent most of his playing days in France previously.

The Latics away record is a decent one. They’re 10th in the away form table and their last away showing yielded a 2-0 win at play-off chasing Colchester.

On loan Shrewsbury Town man Sam Jones was red carded just before half time when Cheltenham and Oldham faced each other earlier in the season.

A late October contest at Boundary Park saw Saturday’s visitors come out on top with a 2-0 win. It was a result that pushed Oldham up to 12th, but however put the Robins into the League Two drop zone.

Jonathan Benteke, brother of Crystal Palace and Belgium’s Christian, broke the deadlock in the second half, and Callum Lang added their second deep into stoppage time.

Revisit the highlights from that clash earlier on in the season:

Tickets are available to buy online here or on the day at the turnstiles, which open from 1.30pm.

The ticket office is open from 12pm and will be selling tickets for Monday’s match at Morecambe where it’s the last chance to purchase tickets for £5 for the game. Season tickets, launched on Thursday, are also available to purchase.

Follow @CTFCofficial on Twitter for team news, match updates and pictures throughout the game. You can also check for goal updates on the club’s Facebook page, while after the game check out the club website to read a match report, and to see reaction from the manager and playing squad to the result.

Listen to live commentary on either iFollow or on BBC Radio Gloucestershire.