Following the news that Luke Varney has agreed a new one-year contract to remain with the club, the Robins go into battle on Saturday at the Jonny-Rocks Stadium when Exeter City are the visitors (kick-off: 3pm).

Fourteen goal man Varney’s new deal is set to see the former top flight forward stay with the Robins until the end of the 2019-20 campaign, and he’ll be hoping to make his mark in front of goal when the Grecians come to town for another big League Two game.

Exeter are currently positioned in the final play-off position in League Two and will provide Michael Duff’s men with a tough examination on Saturday.

His team have been in outstanding form at home in 2019 – boasting the best home record in the division since the turn of the year – but will see that run challenged once again by an Exeter team eager to add to their points tally as they edge closer to a play-off spot once again.

Tickets are available to buy online ahead of the game and can also be purchased on matchday from the turnstiles.

Jordan Tillson misses the game as he is unable to play against his parent club. The midfielders absence will offer an opportunity for someone else to come into the middle, while front man Tyrone Barnett will also sit out following the calf injury he picked up last weekend at Crewe.

Alex Addai and Nigel Atangana are also unavailable through injury. Following his four goals for the reserve team on Tuesday there may be a place in the matchday squad for George Lloyd.

Former Robins defender Matt Taylor is the man who will lead Exeter into action on Saturday, and the 37-year-old is also aiming to lead his team into the League Two play-off places too.

The Grecians are very much familiar with the play-offs. They have reached the League Two play-off final for the past two seasons but on both occasions haven’t managed to clinch promotion to League One after missing out against Blackpool and Coventry City.

They’ll be hoping to avoid that disappointment again this season but still have work to do if they are to secure a place in the play-off zone. They occupy 7th position currently and have taken 61 points from 39 matches. Colchester follow closely behind on a point less having played one game more.

Saturday’s game therefore represents a strong opportunity to add to their points total, though they’ll find it tough at the Jonny-Rocks which has become very much a fortress for Cheltenham this season. 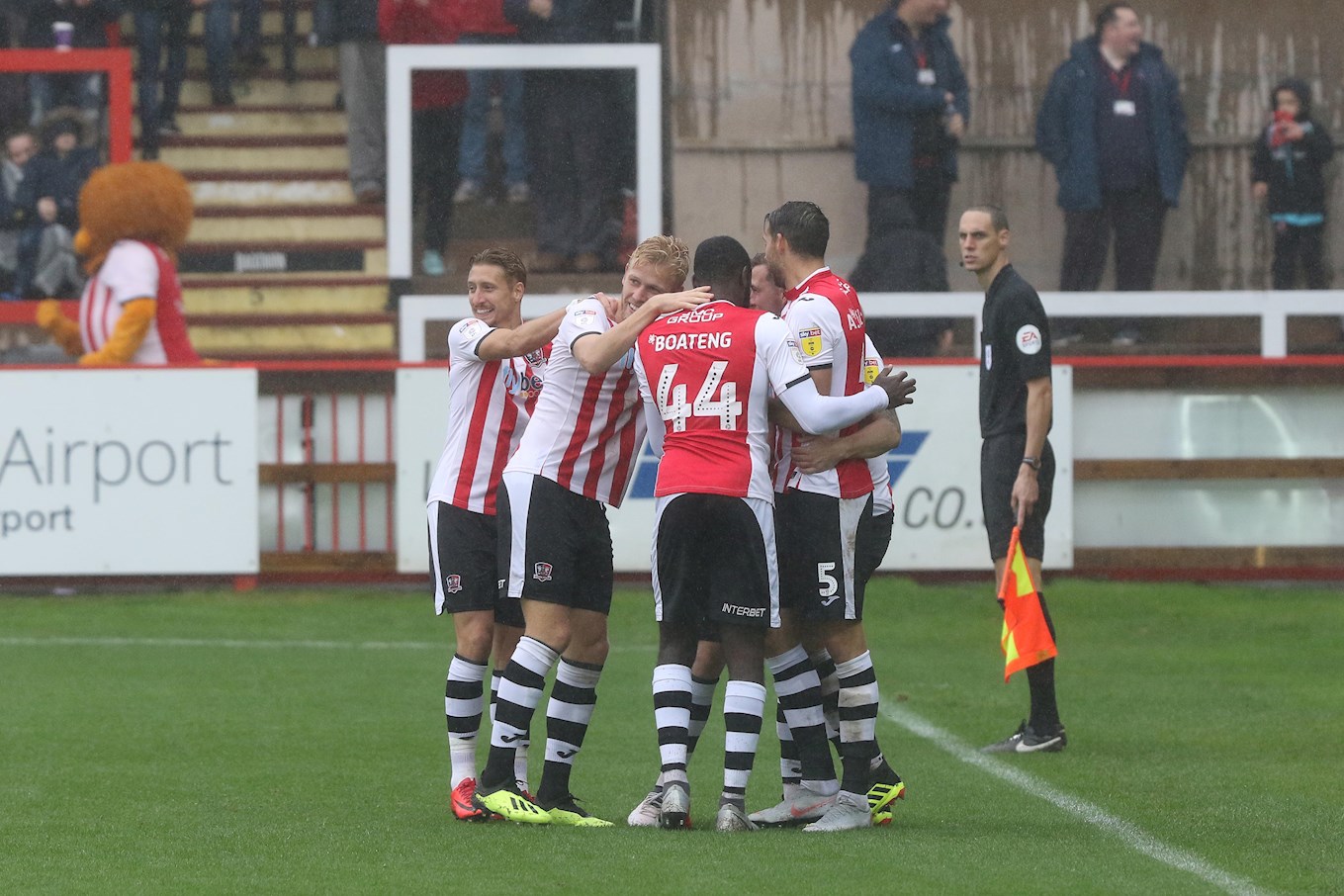 Selling Jayden Stockley to Championship side Preston North End in January has taken away some of their goal scoring threat, but nevertheless they still have plenty of attacking options who will be looking to find the back of the net this weekend.

Nicky Law has nine goals to his name, while Jonathan Forte is dangerous in front of goal having been at Notts County last season. January arrival Ryan Bowman from Scottish Premiership Motherwell is another to watch out for, while youth team product Matt Jay can prove to be a livewire too.

The structure of their squad is also built on the knowhow brought by the likes of Lee Holmes, experienced left back Craig Woodman and one-time Crystal Palace man Dean Moxey – who is in his second spell with the south-west outfit.

As well as having a former Cheltenham player as a manager, Exeter also include former players Jake Taylor and 28-year-old defender Troy Brown in their ranks.

You have to go back to Boxing Day 2013 to the last time Cheltenham recorded three points over Exeter. It was the final game in an extraordinary run of nine straight Football League wins against the Grecians.

That day in late 2013 saw Jamie Cureton’s early finish prove to be the difference in a Robins side that featured the likes of Byron Harrison, Jermaine McGlashan and loanee Kemar Roofe.

The next meeting in April 2014 ended in a 1-1 draw, but the tide has since turned, and Exeter have won all eight of the last eight League meetings between the two clubs.

Watch the highlights back from that win on Boxing Day 2013:

You can buy on the day at the turnstiles, which open at 1.30pm, or buy in advance online for Saturday’s fixture.

The club shop will be open before the match for supporters wanting to purchase merchandise in the lead up to kick-off.

Stay up to date with all that goes on by following @CTFCofficial on Twitter. You can catch team news, match updates and in game photos through the tweets, while goal updates are also available on the club’s Facebook page.

For full reaction after the match visit the club website to read a match report and watch interviews with Michael Duff and a member of the playing squad.

Listen to live commentary through iFollow and on BBC Radio Gloucestershire.