Everyone at Cheltenham Town Football Club was saddened to hear that former Robins manager Lindsay Parsons passed away on Friday at the age of 73.

Lindsay can take much of the credit for rejuvenating the club following relegation to the Southern League in the early 1990s and many of the players he signed during his three-and-a-half seasons in charge formed the basis of the team that achieved great success under Steve Cotterill.

Having dropped out of the Conference (now National League) in 1992, Cheltenham Town could have found themselves languishing in the lower reaches of non-league football were it not for the determination and canny eye for a player that Lindsay brought to the club. He found himself in the manager's job almost by accident but went on to lead the team to three consecutive runners-up places in the Southern League and a place in the FA Cup second round for the first time in 45 years.

Born and raised in Bristol, Lindsay Parsons signed as an apprentice with Bristol Rovers in 1961 and turned professional three years later. His Football League debut arrived shortly after his 18th birthday when he stood in for Gwyn Jones in a 4-0 victory over Notts County.

A quick and strong-tackling left-back, Lindsay missed only four League games as the team won promotion from Division Three in 1973-74 and appeared in 14 consecutive seasons for Bristol Rovers, making 353 starting League appearances and five as a substitute. He later played in 56 League games for the Torquay United, taking his overall total to more than 400 Football League games without scoring a goal!

Departing from Torquay in December 1980, Lindsay moved into non-league football with first Taunton Town then Gloucester City, whom he joined for a £2,000 fee in 1982 and helped to reach the Southern League Cup final against Wealdstone that year (the other left-back in that final was Stuart Pearce). He began his coaching career with the Bristol Rovers schoolboy teams in 1983 but continued as a player with Forest Green Rovers, Yate Town, Hanham Athletic and Frome Town, the latter giving him his first taste of management as player-boss.

He joined Cheltenham Town as youth development officer in November 1990, taking responsibility for the club's youth training scheme for Under-18 players. In January 1992 he was called upon to act as caretaker-manager following the departure of Ally Robertson, a task he entered into with great enthusiasm. After a rapid programme of team re-building the club finished the season in far better shape than they had started it, although ultimately the task of avoiding relegation was too great. 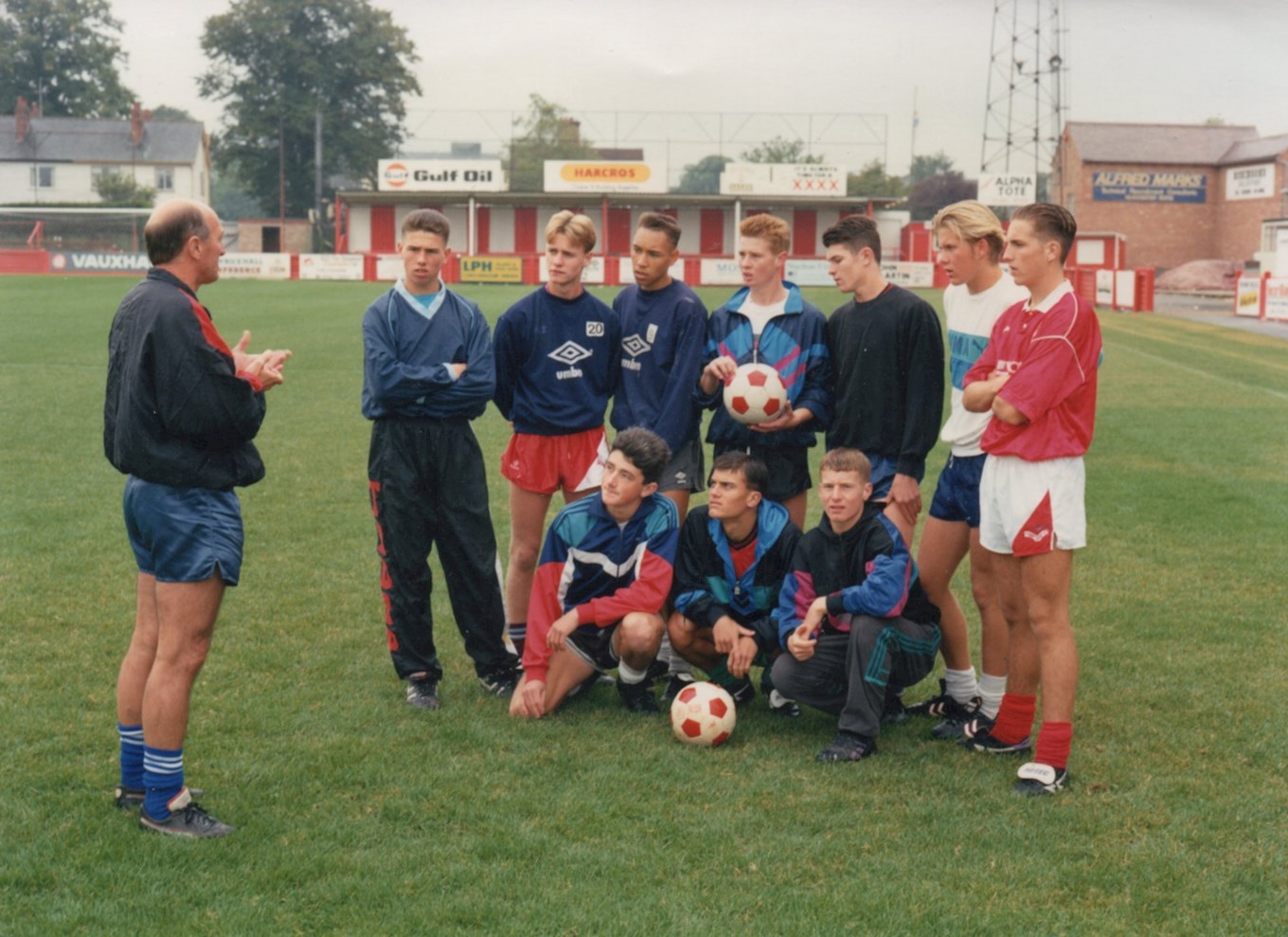 Over the summer of 1992 Lindsay, who took the job on a full-time basis in May 1992, added further quality to his team and the club kicked off the 1992-93 season with a very young but also talented side that produced a brand of refreshingly entertaining football. Although the team could be frustrating at times - their slightly naive reliance on a passing game sometimes came unstuck on heavy pitches or against physical sides - overall they were a joy to watch. The team took AFC Bournemouth to an FA Cup second round replay; defeated local rivals Gloucester City 4-0 at home and 5-1 away; and finished runners-up in the Southern League to a Dover Athletic side featuring one Russell Milton.

Never afraid to rely on young players, Lindsay placed great faith in fresh-faced youths such as Andy Tucker, Simon Cooper and Christer Warren. The latter repaid him by moving to Southampton for a club record fee in 1995. Around this time he also gained a reputation as a shrewd judge of a player and brought to the club some of the names that would become club legends later in the decade. Lee Howells, Bob Bloomer, Jason Eaton, Chris Banks and Jimmy Smith were all signed by Lindsay Parsons, while defender Steve Jones went on to make a good career for himself with Swansea City.

Cheltenham Town went on to finish runners-up in the Southern League in both 1993-94 and 1994-95 back in the days before play-offs when only the champions would be promoted. The frustration took its toll on everyone and although Lindsay had turned down an approach from AFC Bournemouth to join them as youth team coach in 1993, he finally accepted an invitation from his former Rovers team-mate Tony Pulis to join him as assistant manager at Gillingham. Lindsay then followed Pulis to his various different clubs, working at Bristol City and Portsmouth before a long spell as chief scout at Stoke City.

"The club was at a really low ebb both on and off the field but he just got on with things in a no-nonsense way, re-building everything from the ground upwards.

"His was one of the youngest teams we've ever had but Lindsay demanded that they entertain and play attacking football.

"Over the years we've specialised in achieving success against the odds and that was certainly the case in those days. Money was very tight but there was a delightful innocence about the way his team played.

"On a personal level, as a young person starting out in my first job at a football club, he was a tremendous help and taught me an awful lot about football.

"Lindsay just loved the game and he loved talking about it. I will always be grateful for the abundance of time and knowledge that he gave me and I know there are plenty of others who can say the same."

Our thoughts and condolences go out to Lindsay's family and many friends at this sad time but if we can offer some comfort, it is to emphasise how grateful we are at Cheltenham Town for the time he spent with us.