Cheltenham was gripped with football fever like never before as the Robins reached their first major final and faced Southport in the FA Trophy at Wembley in May 1998.

Victories over Enfield, Rushden & Diamonds, Ashton United, Hayes and Dover Athletic had taken Steve Cotterill’s side into the final for the biggest game in the club’s history.

The build-up to the big occasion created a buzz around the town and the squad even recorded a cup final record 'Cotswold Pride' at Cheltenham’s Planet Rock studios.

Cotterill went into the game only 33 years and 10 months, making him one of the youngest managers ever to lead a side out at the home of football.

After all the hype, the day of the game arrived and in true cup final tradition, it was gloriously sunny. The match itself was certainly no classic. However, it was still a memorable day for the 18,000 or so Robins fans who made the trip to north west London. 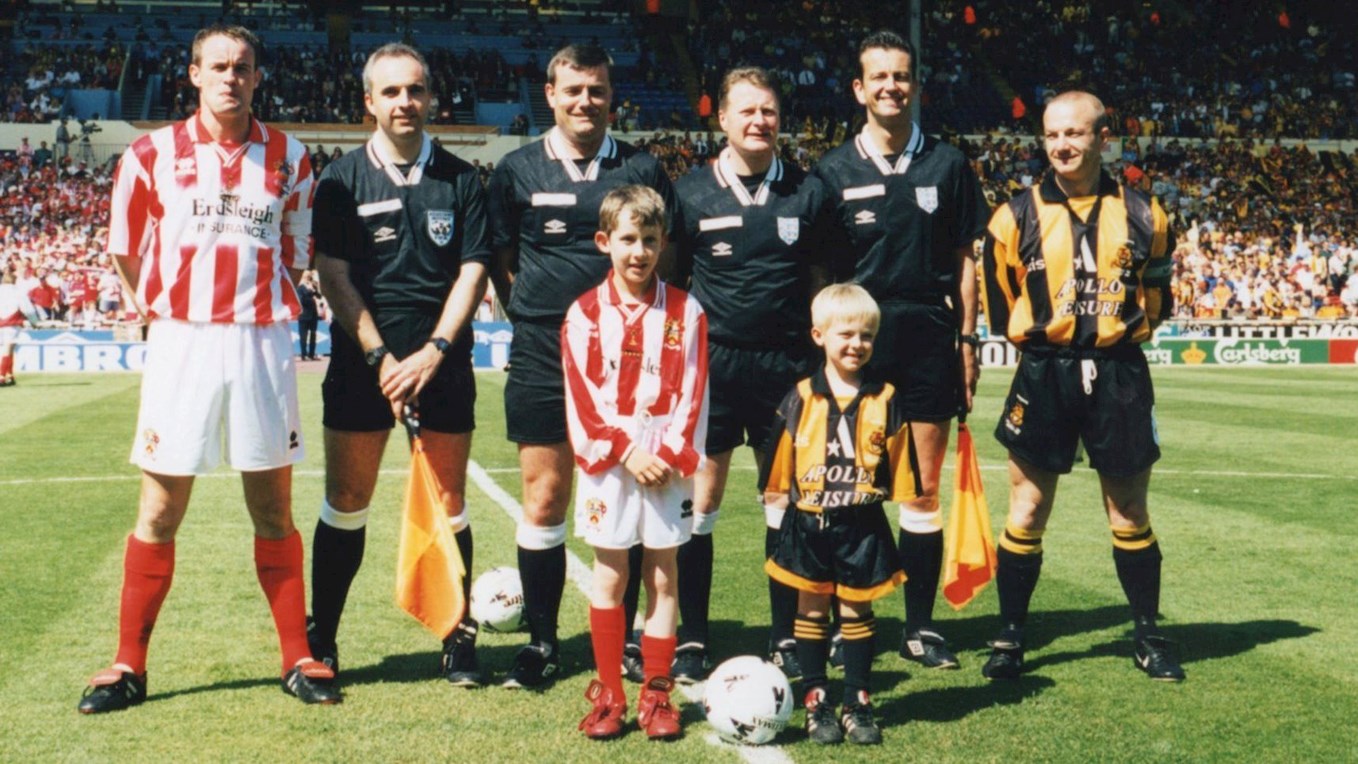 Southport, who finished 16th in the Conference and 28 points behind runners-up Cheltenham, began the final as firm underdogs. And big match nerves appeared to have affected some of the players with plenty of early mistakes.

Bob Bloomer made a fantastic last ditch challenge to deny Sandgrounders' skipper Brian Butler a chance and Steve Book's handling was impeccable as Southport controlled large periods of the game.

Brian Ross wasted a chance in the 63rd minute, when he evaded the challenge of Mark Freeman and was faced with only Book to beat. The Cheltenham stopper did well to make himself big and gave Ross very little of the goal to aim for and the chance was gone. 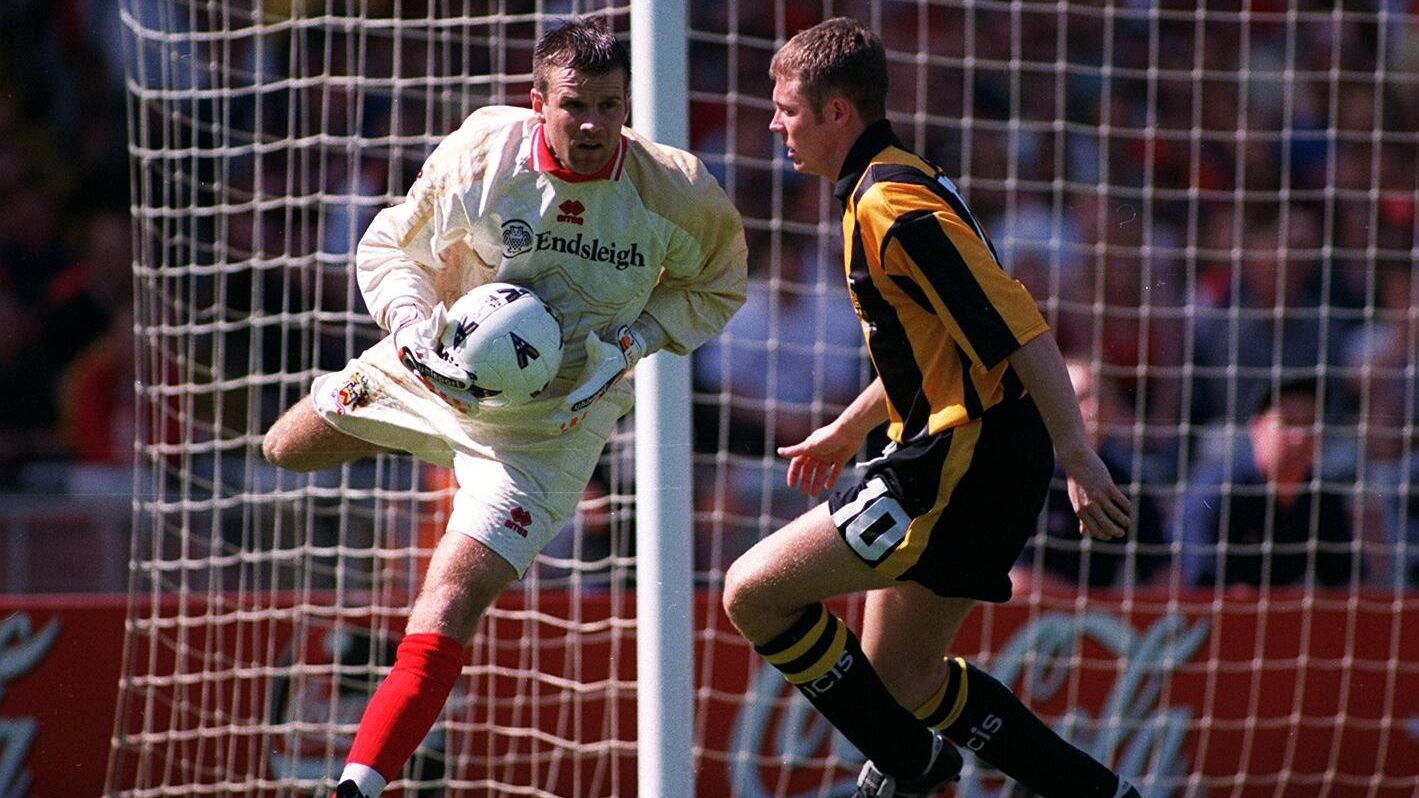 With 11 minutes to go, Cheltenham made the breakthrough and two substitutes were involved in the lead up to the goal.

First Jimmy Smith, who had replaced Keith Knight, teased Ged Kielty on the right wing and after some fancy footwork, the diminutive Scot was fouled by the defender.

Russell Milton, on in place of Walker, floated in one of his trademark free-kicks, which was flicked on by Jamie Victory for Jason Eaton to head the ball past Billy Stewart to send the Robins fans wild.

The final whistle was met with jubilant scenes before skipper Chris Banks climbed the 39 steps to collect the FA Trophy.

An open top bus tour the following day will live on long in the memories of all who witnessed their heroes celebrating the first major piece of silverware in the history of the club. 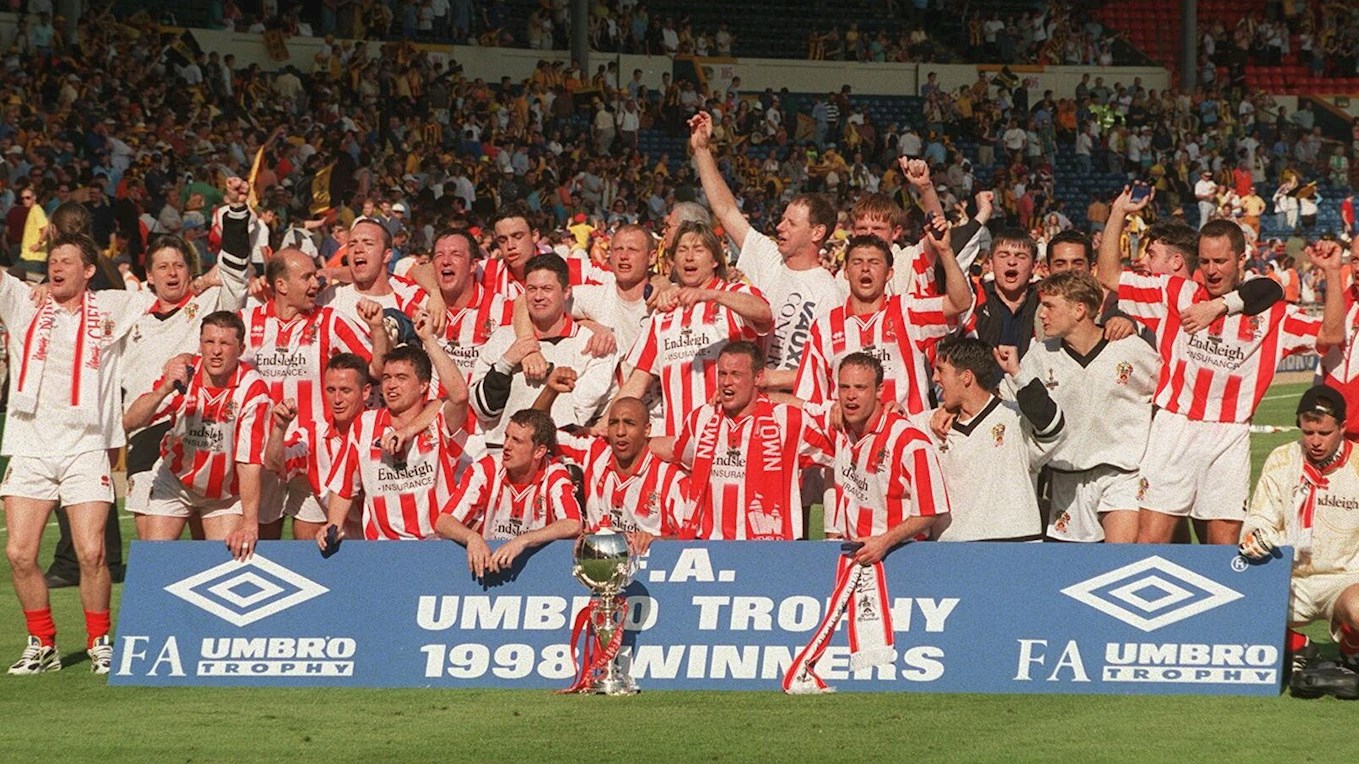