Jason Eaton needs no introduction to Gloucestershire football fans after spells at Cheltenham Town, Gloucester City and Forest Green Rovers – but it was at the Robins that he became a Wembley hero.

Eaton was a natural goalscorer who spent seven years at Whaddon Road and scored over a century of goals – but none more important than the FA Trophy winner.

Dubbed ‘Bobble’ by manager Steve Cotterill for his ability to score with any shot or any part of his body, Eaton was a terrace hero who swapped Gloucester City for the Robins and never looked back.

“I arrived under Lindsay Parsons. He was my manager when I was at Bristol Rovers and I always wanted to link up again,” revealed Eaton.

“When he got the Cheltenham job I did wonder if he would ever call, I kept in touch and when I got the nod I could see the potential at Cheltenham. I felt I could kick-start my career again.

“I moved from Gloucester so you can imagine how they took it. The rivalry was fierce, but I moved because of Lindsay. I had some great times at Gloucester and a good affiliation with the fans – until I left!

“Scoring 100 goals at Cheltenham was special and it’s not something that is emulated very much now with the lack of loyalty in the game.”

Eaton was to form two great goal-scoring partnerships during his time at club with Jimmy Smith and Dale Watkins – but, always modest, he insists it was his team-mates that helped him earn cult status with fans.

“I was very lucky enough to have some good strike partners and players around me,” said Eaton.

“Jimmy was a different player to me, clever in and around the box. We linked well and although we weren’t the biggest of players we adapted.

“He was a slight Scottish lad so I tried to look after him, but he was very smart and when he got in the box I knew what he was going to do.

“Dale was a different character, very quick and direct. But a great finisher and we struck up a good partnership too and worked.”

Eaton was to score 22 goals in all competitions in the 1997/98 season and hit form in the FA Trophy run with crucial goals in the semi-finals and final.

And the 49-year-old looks back on the road to Wembley with nothing but fond memories as a tight group of players chased their cup dreams.

“The semi-finals against Dover were when I thought ‘we could win this’,” said Eaton. “I didn’t start the first leg against Dover but came on and managed to grab two late goals – the second from close range which was always my specialty.

“The build-up to the final was great. We stayed down for a few days before so it gave us the opportunity, as we were all mates at the time, to enjoy time together.

“There was great fun and banter and that gave us the team spirit that always carried us so far, to have the confidence to do well in the final.

“I remember looking around at Wembley before the game and it’s an intimidating place to go when you are used to smaller crowds. But we felt luck was with us and we could win.”

Eaton’s crowning moment of his time in red and white came in the 79th minute when his match-winning goal sent the 18,000 or so Robins’ fans wild.

“I look back on it every now and again to make sure it was me,” he laughed. “It was the highlight of my career - it’s everyone’s dream to score a winner at Wembley.

“I remember the free kick that was won by Jimmy after one of his famous dives when he slipped. It was a great delivery in, Jamie (Victory) flicked it on and I pulled away to the back post.

“The moment it hit the net I didn’t know what to do. For all of us, as mates who always looked after each other, it was such a special thing to happen.

“Belief was key that season,” added Eaton. “Steve (Cotterill) instilled that in the players, he had such good man management.

“I look back on that time with fondness and when Steve came to manage my local club Bristol City I could go and watch and remember the good times I had.” 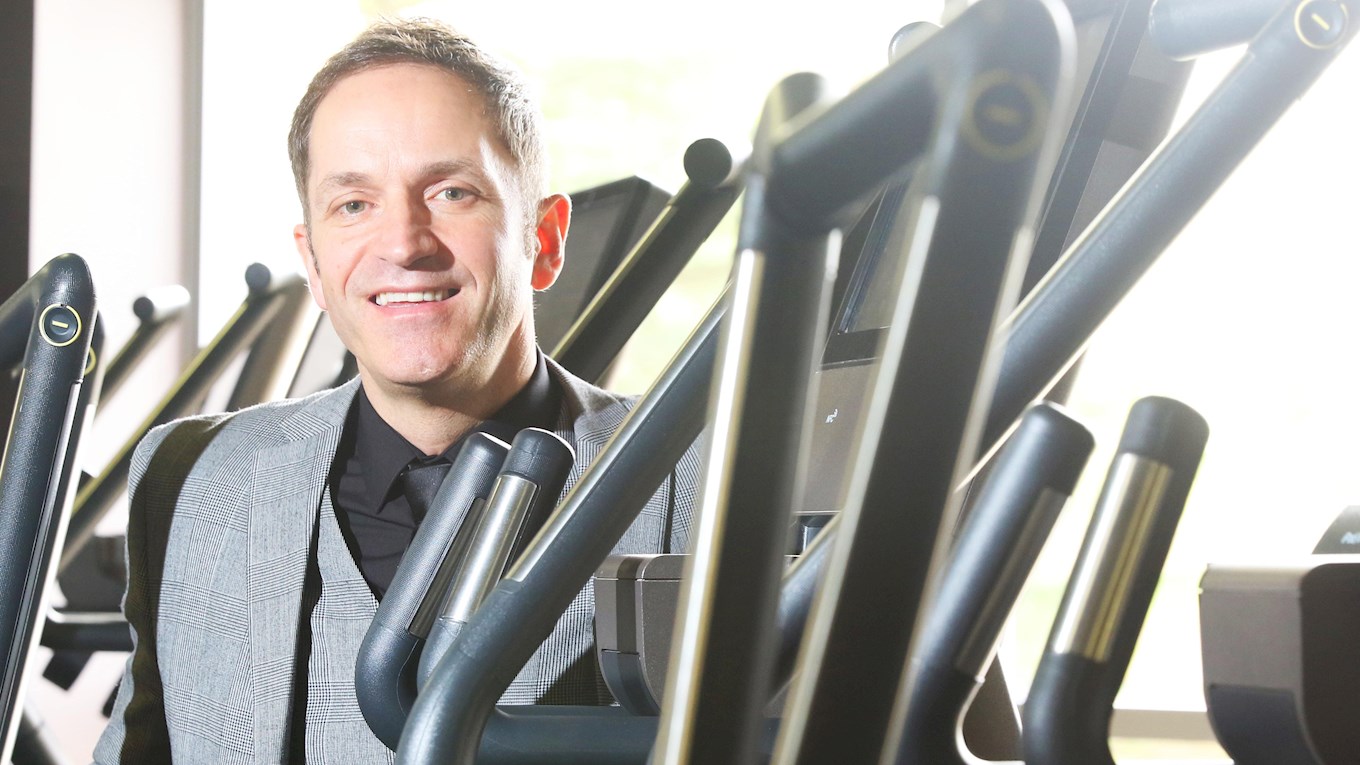 The following season the Robins would fly high again and win promotion to the Football League – but that would spell the end for Eaton.

With a career away from the game blossoming, he had to make the decision not to go full-time and he admits it is one that remains with him.

“I had worked hard in my career at the time away from football. And, as a striker, you always know if you don’t score goals you are not wanted,” he said.

“I didn’t want to move away from Cheltenham and take that gamble. It was a tough, tough decision and had a difficult call with Steve. I was very upset and still get upset now with the decision I had to make.

“The team had big games the next season and I knew that could have been me. I do look back and wonder what if, but ultimately I made the right decision for me at that time.”

Eaton’s life away from the game has continued to grow and he now works successfully as director of theclubandspa at Cadbury House in Congresbury, near Bristol.

“I’ve been in the health and fitness industry for about 20 odd years now, since I left Cheltenham. Now I’m a director and I look after two health clubs,” he revealed.

“It’s nice that I have stuck with the reason why I felt the club and I really do enjoy what I do now. I also have no excuse not to keep fit!

“This is my passion now, but I still keep informed of the scores at Cheltenham and Bristol City, they are my two clubs and go back whenever I can.” 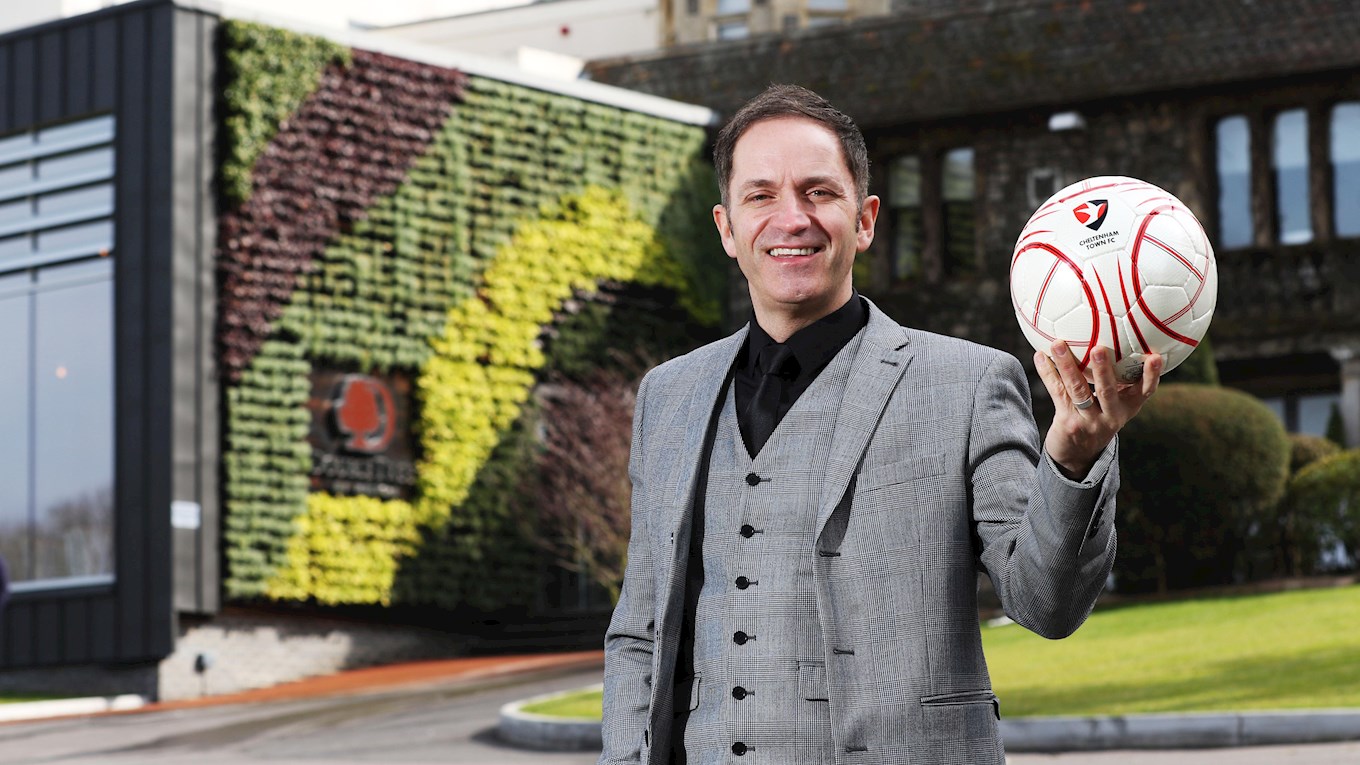