Renovation work on the stadium pitch at the LCI Rail Stadium is well underway as the countdown to the new Sky Bet League Two season continues. 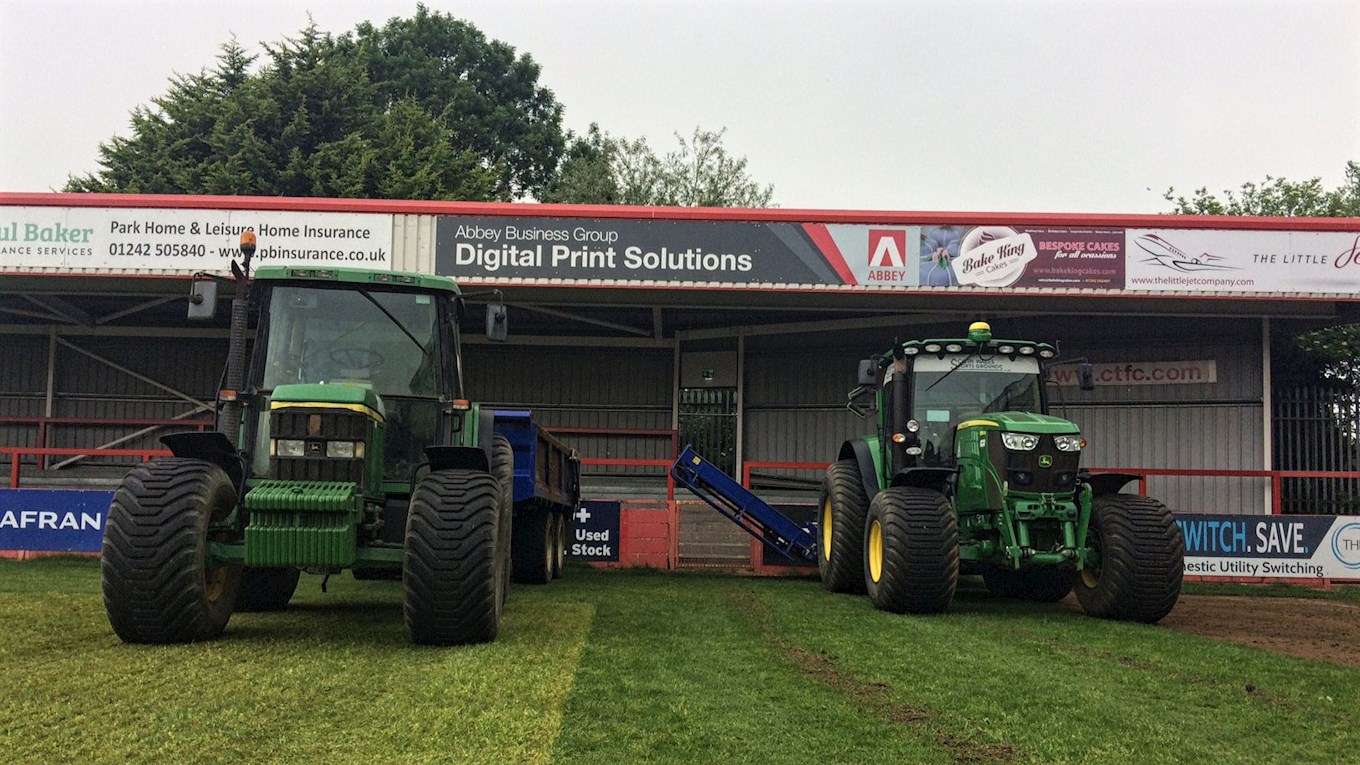 Following the completion of the Summer of Steps concert over the Bank Holiday weekend, the tractors and diggers rolled into the club this week.

A team of workers took the top off the pitch on Tuesday and Head Groundsman Matt Utteridge is eager to produce another top playing surface ahead of the 2018/19 campaign.

“It’s certainly a busy time of year and work is now firmly underway following the concert,” said Matt. “The organisers from the Steps concert were brilliant, cleared away quickly and allowed us to start promptly this week.

“The first few days will see us take the top 5mm to 10mm off. We will then put some sand bands in, which is secondary drainage, which will take the water from the top down to our primary drainage pipes.

“We are also verti-draining, which will relieve any compaction, and some extra drainage work in the corner of the Colin Farmer Stand and Hazlewoods Stand where it can get wet.

“After that 100 tonnes of sand will be put back on top to replace the top 5mm to 10mm that has been taken off at the start of the process. We don’t want the pitch to get lower every year!

“We then seed it and hope for the best possible weather. In terms of timelines, all the work should be done by early June so we can have six weeks clear before pre-season to get the best possible pitch we can.” 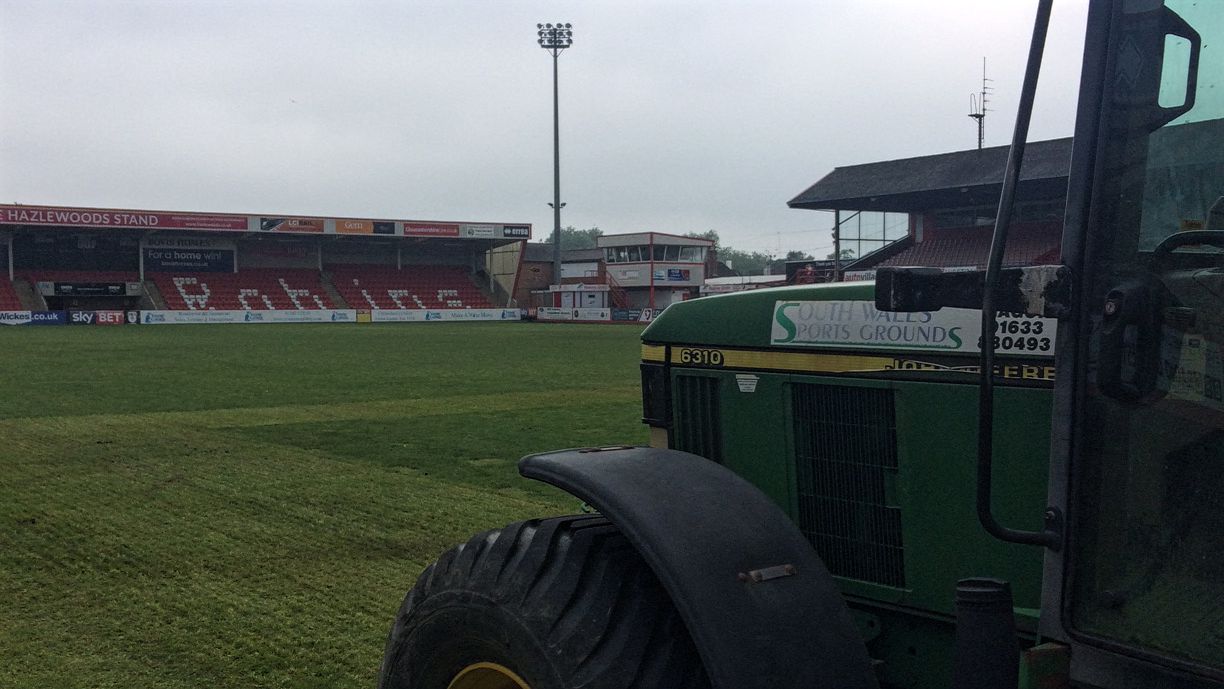