Midfielder Harry Pell has today completed his move to Colchester United for an undisclosed fee. We caught up with Harry to discuss his summer move, his thoughts on his three years at the Robins and his strong affinity with the fans at Whaddon Road...

Q. How do you reflect on your time with Cheltenham Town and your three-year spell with the Robins?

A. I would definitely say that over the course of three years it has been a successful period for me. When I first came in I knew 100 percent about ‘Operation Bounce Back’ that the gaffer and chairman had put together and we all knew the objective. The amazing thing was that you had 25 people, players and staff, who all understood the situation we were in and that season will forever live in my memory. It was, without doubt, my best season in football.

Q. Do particular moments stand out for you – the promotion or certain goals?

A. My goal against Forest Green Rovers will always be a special one for me… and the fans! Another favourable moment now would be spilling coffee on the gaffer’s carpet and leaving without ever getting billed – I got away with that one! There have been some really great moments, I remember all the boys getting a trip away after we won then league which was fantastic. The day that we won the league stays with me and is a memory I will never forget.

On the flip side, the last few weeks have been difficult, losing the derby with Forest Green Rovers and then my final game at home being the defeat to Coventry City. It’s not how I wanted to go out and I apologise to the fans for that, but I do hope they remember the good times we had. 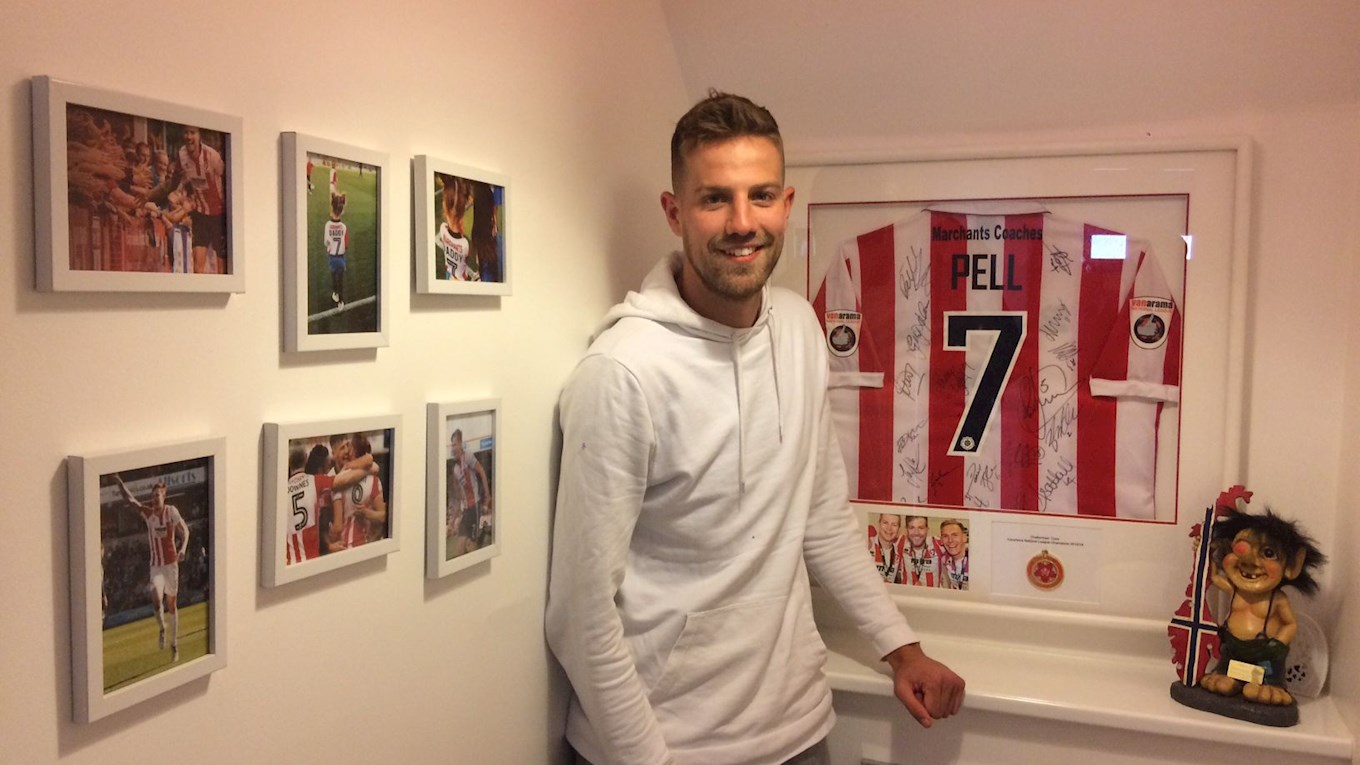 Q. Do you feel this is the right time for a new challenge?

A. I do 100 percent feel that. My job has runs its course here and Cheltenham Town are now a Football League club and should always be one. That was the aim when I arrived here and I do feel I leave with the club in a better position. Yes, the last two years have been frustrating at times, we were in a relegation battle last year, which was a challenge, and then last season, with all the expectations, we didn’t achieve what we wanted. All the team, the players and staff, take responsibility for that and we knew where wanted to be and it didn’t work out.

However, I look back at my time, and playing over 100 games, which is more than I have ever played anywhere else, with a sense of satisfaction. I’ve never loved or fell in love with a club like I have Cheltenham Town. I had a good in-depth and honest conversation with the gaffer and some members of the Board and my team-mates and definitely feel that, for me, the time is right now. I leave on good terms and that is really important to me. I’ve tried to ring around all the staff at the club and the Board to thank them for all they have done for me.

I’ve had opportunities in the past to move when I didn’t feel comfortable leaving Cheltenham. But it feels right now and I hope the fans can understand that. I feel I leave the club in a much stronger place, on and off the pitch, than when I first joined. I arrived on a free and now I am moving on I feel all parties have done well from this situation, so I do leave with the upmost respect for the club.

Q. You go with the support of the backroom team and your team-mates. You must leave with some special friendships?

A. Football is all about opinions and people do have them, on both managers and players. But I can’t speak highly enough of the gaffer and, if I am totally honest, he has driven my winning mentality on and the reason I’ve loved playing for him is the passion he has. You have to respect everything he has achieved, and been through recently, and he still has that hunger and effort – and he still absolutely batters you if you don’t do well! All the staff, since I’ve been here, have been fantastic. They can’t do enough for you. 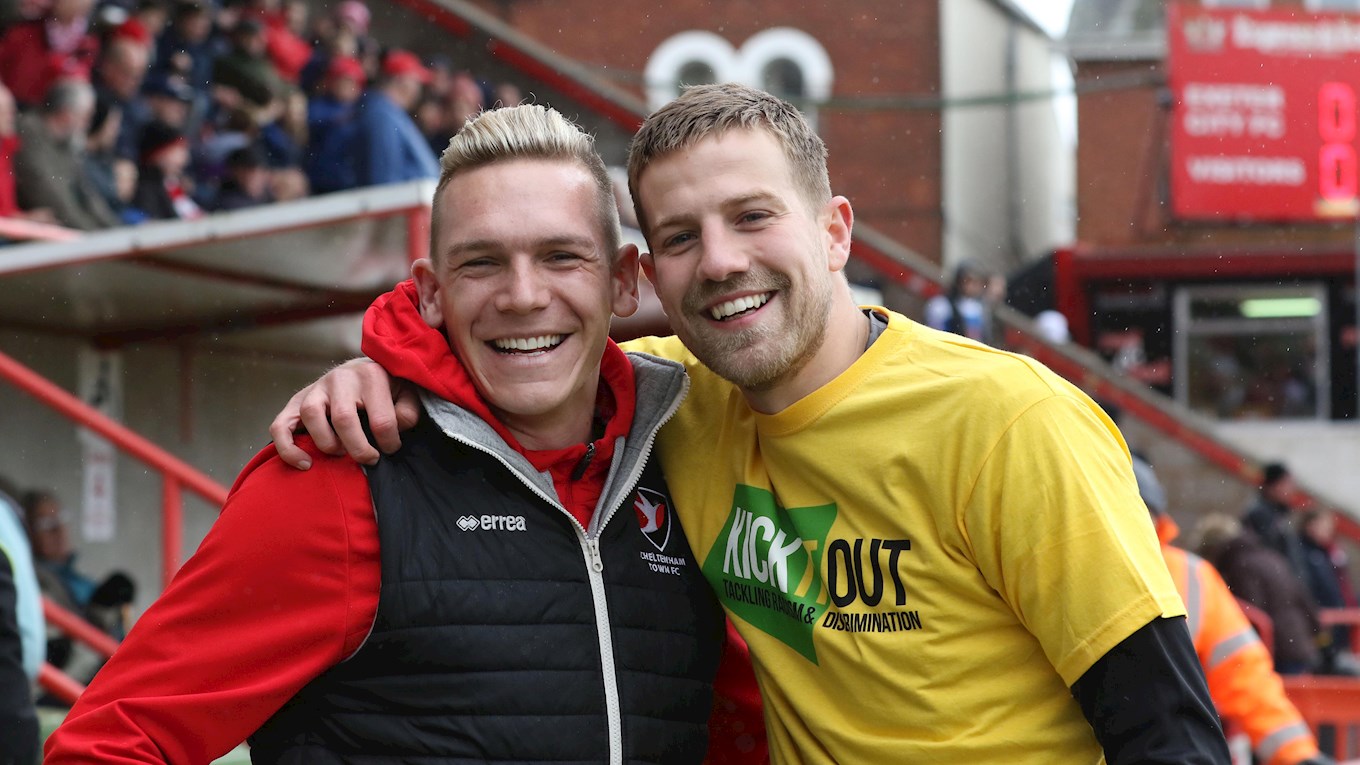 Not only have I loved being at the football club, I have also gained two best friends for life in Aaron Downes and Danny Wright. I’m sure we’ll continue to speak every single day! All the team-mates I have played alongside - I have never really not got on with anyone. The training ground has always been a fantastic place to work, even when we were in a relegation fight and things weren’t going right. It’s always been a positive place and you never don’t look forward to going into training.

Q. You didn’t get chance to say goodbye to the fans at Crewe as you finalised your move. What would you say to them now?

A. It’s been wonderful the faith and support the fans have shown me over three years. When things haven’t been going right, personally and for the team, the majority have stuck with us and me. The year we won the league, that was the closest I have ever seen players and fans. I think it is so important, with the transition now and Paul Baker stepping down, that the club comes together as one. It’s a very powerful thing when everyone is in it together and pulling in the same direction and I’ve seen first-hand how that can work at Cheltenham when we absolutely romped the league.

Q. Finally, any plans to come back and keep backing the Robins?

A. Absolutely! Every time I have ever been suspended I have had numerous messages from fans asking me to come behind the goal and get involved! They know with my personality I will be the one starting the songs off! My promise to them is that I will be back as a fan one day cheering the boys one – expect when I come back with Colchester! And when I do come back, please don’t give me too much stick on my return! 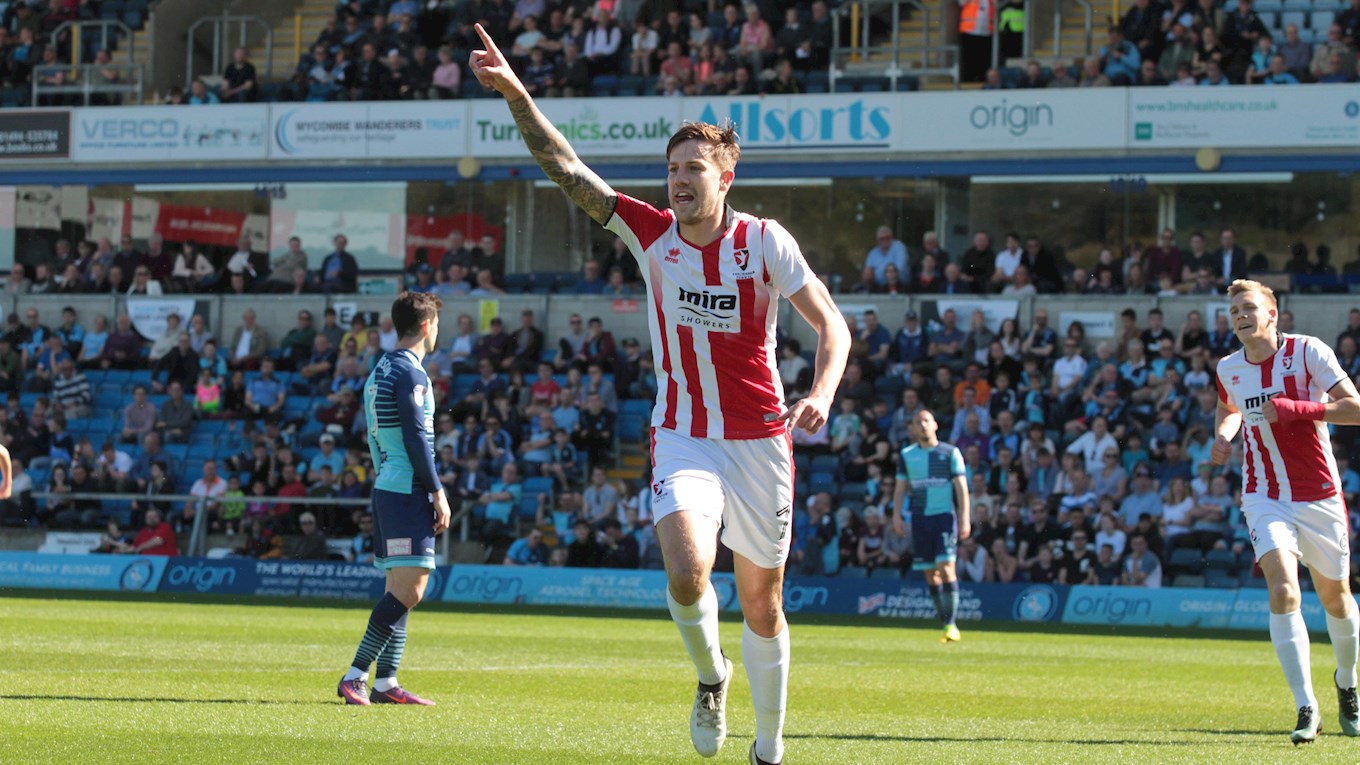