This season we are celebrating 20 years since Cheltenham Town lifted the FA Trophy with a series of 'Road to Wembley' features with the players and staff from the Robins of 1997/98. Here assistant manager Mike Davis reflects on a magical season...

Mike Davis was synonymous with Cheltenham Town for many decades. His long and successful association started as a youth team player and saw him work his way up through the ranks to eventually be assistant manager.

He was to become Steve Cotterill’s trusted number two throughout his time in charge, and later remained as second in command to Graham Allner.

And he recounts the never to be forgotten 1997/98 campaign with fond memories, as the Robins soared in the FA Trophy and landed the biggest of prizes at the home of English football.

“Our league campaign had gone well that season, we were there or thereabouts as we finished second to Halifax Town, but the FA Trophy was where we really clicked,” said Davis, whose wife Debbie still works for the Robins as manager of the club shop.

“It was such a momentous occasion, the first major trophy the club had won and the town seemed to travel to London with us.

“To play at Wembley is truly special and I was lucky enough to go with my club. My father even travelled back from Spain for the final – it was that big a deal!

“I remember being at the team hotel in Beaconsfield the day before, because our game was on a Sunday, and watching the FA Cup Final between Arsenal and Newcastle with Steve. We were all excited and looking forward to the game.

“It was unchartered waters for us, but we were well prepared because we had strong leadership and we knew the players were good enough to win it. There was a real togetherness and that was the vital ingredient.

“Driving down the motorway to the game on the bus, all you could see was coaches coming from Cheltenham. You pinch yourself to realise you’re not dreaming.

“The day itself was very hot and I can picture going down Wembley Way. As a kid you dream of that, you watch every England game, every FA Cup final and remember 1966 and the World Cup. It was magical.”

Davis admits the game itself was a difficult one for the Robins as they struggled to battle past Southport until the defying moment arrived in the 79th minute.

“The goal was a fantastic feeling, Russ (Milton) floated it in and the next thing you know Jason (Eaton) has done it. Credit to Steve (Cotterill) because just a few minutes before he changed the team and it worked,” he added.

“I think we all felt Southport played the better. They gave man-of-the-match to one of their players, which probably says it all really. But the noise when we won, hearing over 25,000 fans - that is when the magnitude of what you have done really strikes you.”

Cheltenham – with Cotterill and Davis in tandem – were to enjoy more highs the following season as promotion to the Football League was secured ahead of Kettering Town. And Davis revealed how the two men had always had a strong bond that worked.

“I was a few years older than Steve and, with him being a young manager when he started, we just worked well together. We had played together for a spell and he obviously went on to bigger and better things… whereas I had found my level,” he smiled.

“There was always that connection and association after that and when he was at Cheltenham he asked if I could help out.

“We had a chemistry and I guess I was a good foil for him. I understood him and how to get a message across, and crucially when was the right time. I was the go-between for Steve and the players. 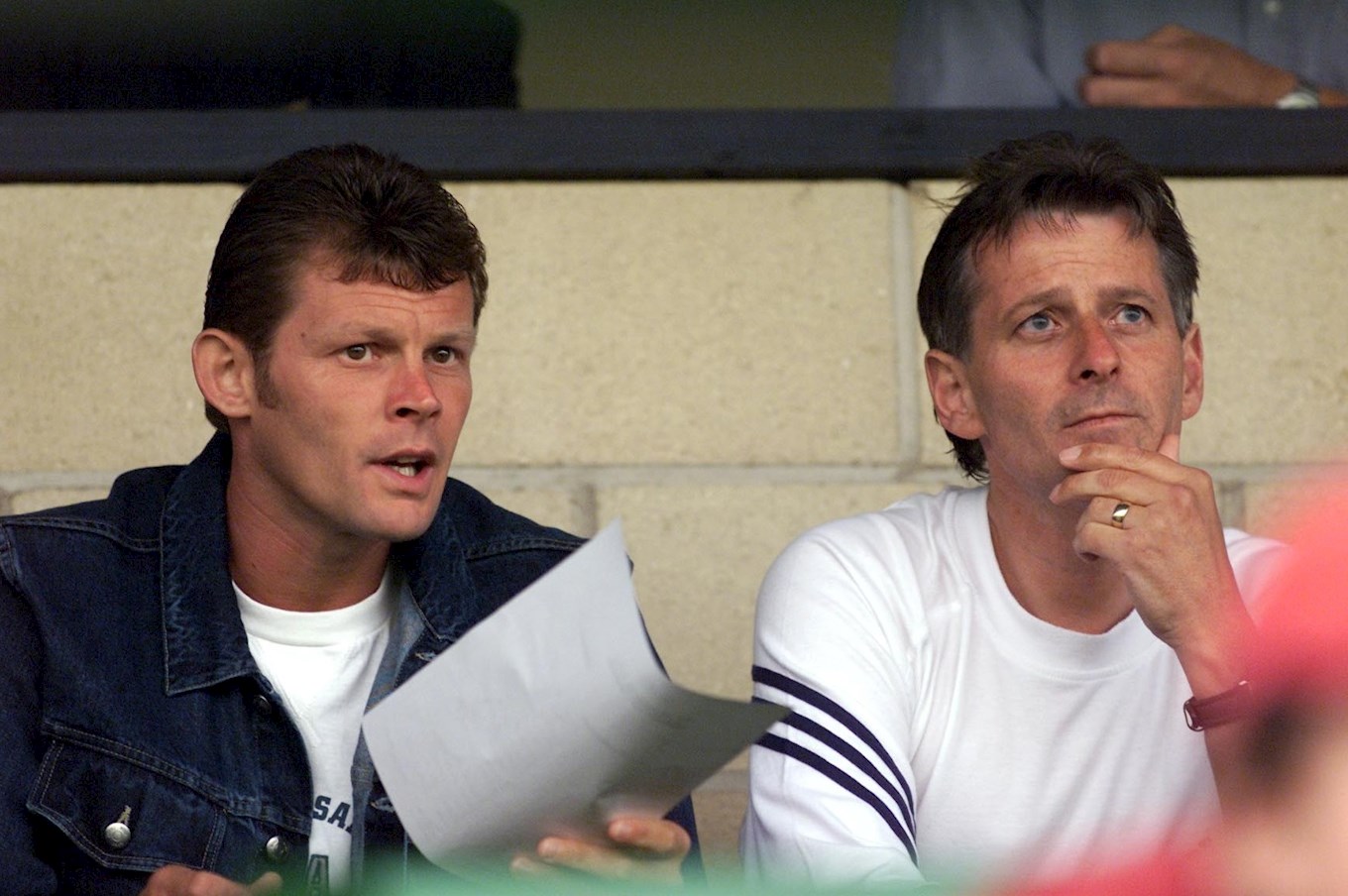 “We complemented each other well, but without doubt he was the main man and I had a supportive role. I enjoyed that time and felt I was a good number two – it was all I ever wanted to be.”

Davis left his position as assistant manager in 2003 and, although retaining a role in youth development at the club for more seasons, he moved forward in a new career direction.

He was unveiled as the Managing Director of Gloucester-based aluminium specialists CDW Systems Limited in November last year. And recently he was named as Chairman of the East Manor Group, that has a turnover in excess of £10 million a year.

“Football is a precarious occupation,” admitted Davis. “My heart and soul was at Cheltenham and it did hurt when it all ended. I had some time at the Academy at West Brom afterwards, but I didn’t want all the travelling.

“I looked for a new career and went from the football to industry. I’m really enjoying my current role and where it has taken me.

“I don’t get back to Whaddon Road as much as I would like now due to business commitments, but I wish the club well,” he added. “I’ve met Gary (Johnson) a few times and know the likes of Russ (Milton), Booky (Steve Book) and some of the Directors. It’s great to see the recent run of form.

“I have fond memories that never fade away of my time and the 1997/98 season. We had no real stars and were not the best individually, but collectively we were strong and mentally tough. We could deal with the pressure.

“The trophy success was a real springboard for us and a special season never to be forgotten.”