It’s the sixth day of our ‘On the 12th Man of Christmas, my true love gave to me’ fan giveaway campaign, where each day we will be giving away prizes from the club as a thank you from us for your loyal support by backing the Robins throughout 2018.

Between the 6th and 13th of December we will be spreading the cheer during the season of giving and on Day 6 we are celebrating the former shirt number of first team manager Michael Duff.

With that in mind we will be giving away signed copies of Football Manager 2019 on PC by Duff - who is regarded as a legend of the game – to six lucky winners.

To enter and to be in with a chance of winning a signed copy of the game, all yule have to do is like or share our posts across the club social media channels.

Supporters can enter by retweeting on Twitter, liking and sharing on Facebook or liking on Instagram – a winner will be announced the following morning at 10am.

Details of the prize for the next day will also be given along with the lucky winner(s) on social media once the next day has been announced.

Celebrate the past with our 20th Anniversary Merchandise

Feeling nostalgic? This year marks 20 years since the Robins won the FA Trophy at Wembley Stadium in 1998, and our new clothing celebrates that.

We have 20th Anniversary merchandise such as polo shirts and jackets that commemorate the victory over Southport, and you can get yours now for Christmas.

The polo shirts, as modelled by George Lloyd on the website, can be viewed online and you can check them out by clicking here.

The club shop is open on Tuesday’s, Thursday’s and Friday’s between 10-3pm – this week also marks the last of our late-night shopping evenings.

Two Robins first-teamers and members of the Ladies team will be there on Thursday up until 8pm to meet and greet fans.

Book your tickets for our festive fixtures now

It’s the most wonderful time of the year as Christmas brings with it a busy fixture schedule.

We have an exciting set of fixtures over the festive period including two derby matches in a week, which is part of three games in seven days with Christmas Day right in the middle. 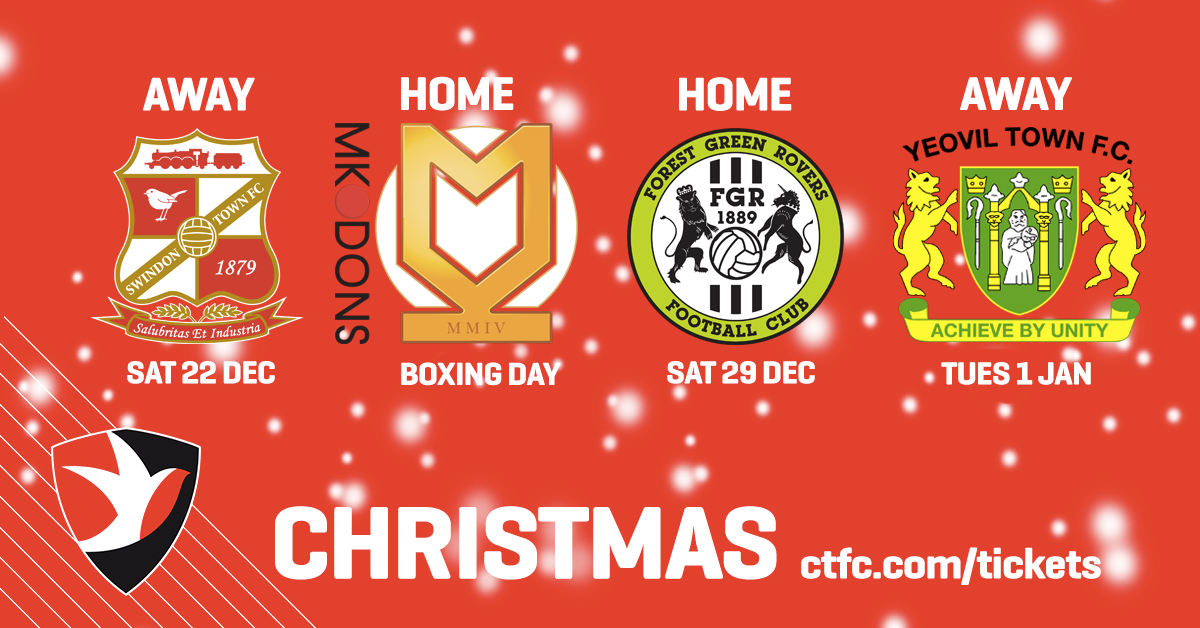 Boxing Day then sees the first of back to back home matches, as we face MK Dons and then Gloucestershire rivals Forest Green Rovers at the Jonny-Rocks Stadium.

Michael Duff’s Robins are unbeaten in six matches on home turf and will be looking to extend run into the New Year.

We are expecting slightly larger crowds against MK Dons and Forest Green, so if you are planning on reserving seating tickets, please book them early in advance.

If you want to play a part in creating an atmosphere for the Robins, standing behind the Speedy Skips Stand is the place to go and tickets for there and the rest of the stadium can be bought online by clicking here.

Rendezvous at the Jonny-Rocks Stadium in May

We are delighted to be hosting Craig David's only full concert in Gloucestershire in 2019 at the Jonny-Rocks Stadium in May and tickets to the event would make a great Christmas gift. 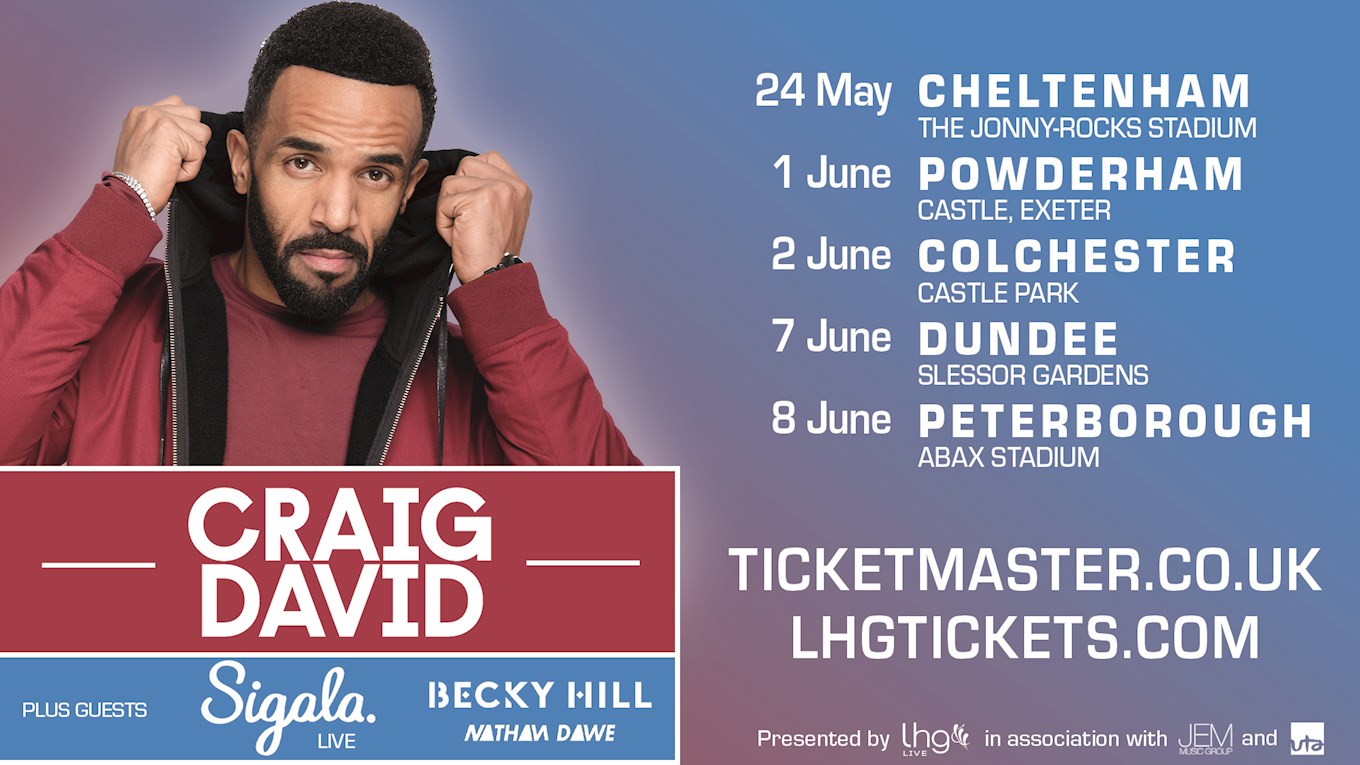 Getting the crowd into the party will be the rising star DJ Nathan Dawe.

In the wake of massive success of his 2018 tour, Cheltenham will form part of a limited number of concerts across the UK in the summer of 2019.