Lovett – who first joined the Robins in 2015 – has agreed new terms to remain at the LCI Rail Stadium until at least 2019.

Manager Gary Johnson said: “Rhys is a talented young goalkeeper who has been a model professional for us, in both training and during games.

“Steve Book thinks that he’s got a bright future in the game and Rhys has a fantastic attitude to his work. He always strives to improve in everything he does, works hard alongside Scott Flinders and does it all with a smile on his face.

“Rhys has travelled with the team all over the country this season as our No.2 and has made his first team debut against Swansea in the cup.

“I have no doubt that his time will come, he will be a top goalkeeper for us and we are delighted to have him in our plans for the future.”

Birmingham-born shot-stopper Lovett spent seven years at Walsall as a trainee, with loan spells at Aston Villa and Coventry City.

The 20-year-old later joined Rochdale before moving to the Robins in 2015 to link up with the club’s Academy system.

Lovett, who has had loan spells at Tiverton Town and Shortwood United, made his first team debut in the Checkatrade Trophy fixture with Swansea City Under-23s in August last year.

“I’m buzzing to sign the new deal,” said Lovett. “The gaffer has backed me and people like Steve Book and Scotty Flinders have been great with me this season and really helped.

“Making my debut against Swansea was a real highlight and I really feel I’ve improved throughout the season.

“Being No.2 and part of the squad has been a great experience and I’m determined to now keep learning everyday off the likes of Scotty, push myself and take any opportunity I am given.” 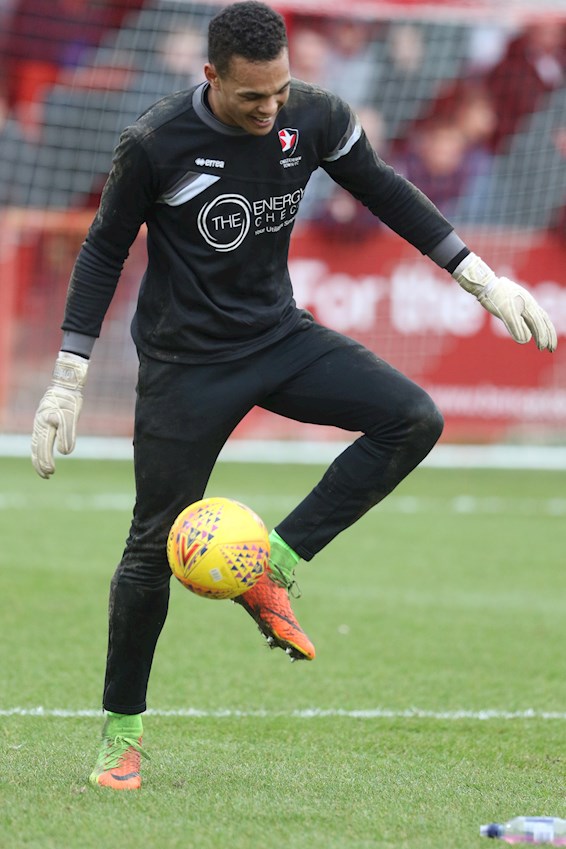