This is our town

And this is our new away shirt, the fifth time we’ve worn a yellow change strip in the Football League.

It was officially unveiled by the full squad at the club’s Open Day, organised by the Robins Trust and held at Seasons training ground.

For the online launch we've tried something different with players and supporters from across the club.

We invited them to take part in a photoshoot at Pittville Pump Rooms, one of the most recognisable landmarks in the town.

The discovery of the Spa waters in 1716 really put the town of Cheltenham on the map.

It was the Wembley win at the end of the 1997-98 campaign that firmly placed the Robins on the footballing radar so we chose it for our location, twenty years on to mark that seminal season.

It was the time ’our town’ fell in love with the Robins and began to believe under Steve Cotterill so the club we will be celebrating with a number of special features and events.

So this season is a chance to look back, and an opportunity to build for the future.

Our town then, our town now. 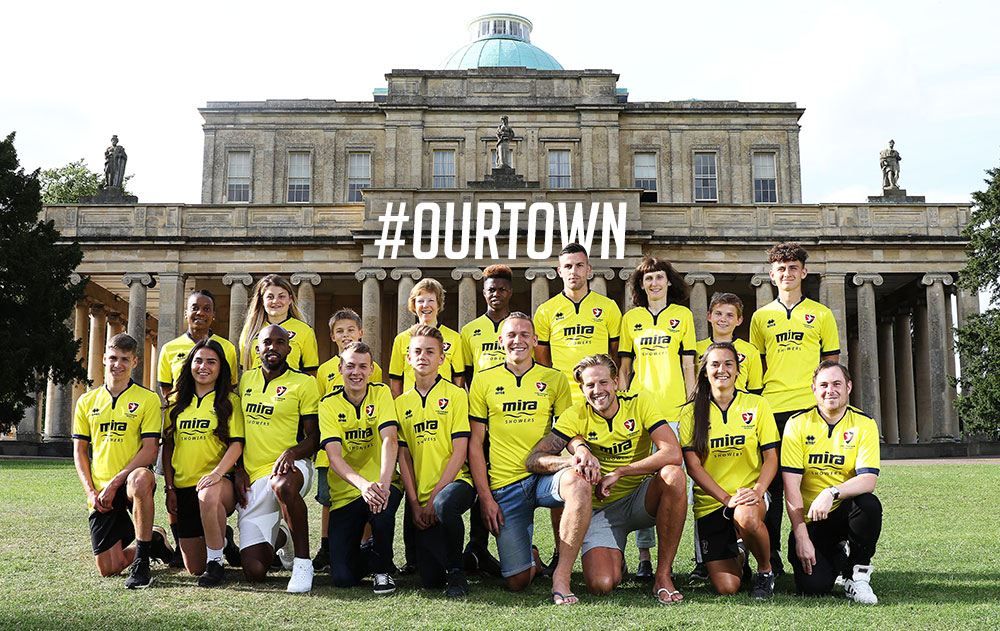 Cheltenham Town Ladies, who will be defending the GFA County Trophy this term, were represented by midfielders Louise Fensome, Lydia Amarquaye and Ria Salleh with striker Holly Rogers completing the quartet of cup winners.

First year scholar Tyreece Briscoe together with second years Lee Llewelyn and George Lloyd featured for the Academy alongside seven loyal supporters, selected at random during the summer’s #JoinOurSquad campaign.

They were chosen in recognition of the magnificent effort by almost 1,200 people to take up the club’s Early Bird offer for season tickets, and the tremendous support the town has given the club over the years. 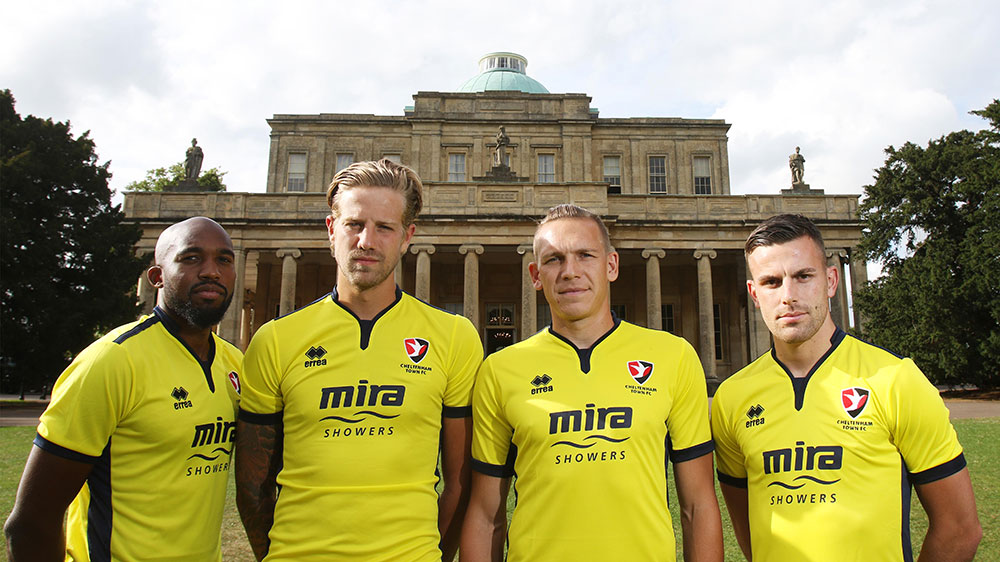 How do you get yours?

The new shirt was on sale at the Open Day but unfortunately the shop will be closed between Monday 17 July and Tuesday 25 July for refurbishment, re-opening for the Bristol City friendly that evening.

Online sales are also unavailable at the moment so in the meantime please email shop@ctfc.com and we will arrange sales.

We apologise for the inconvenience.