The 17-year-old forward put pen to paper on a long-term deal earlier today at the club’s Energy Check Training Ground that will see him remain at the club until at least 2020.

Rising star Lloyd made his first team debut earlier this season when he appeared in the Checkatrade Trophy fixture with Swansea Under-21s at the LCI Rail Stadium.

The Gloucester-born striker – who first joined the club’s Academy ranks as a nine-year-old – also scored a club record-equalling eight goals in the FA Youth Cup win over AFC Totton in November.

Lloyd has so far scored 25 goals in all competitions for Cheltenham this season and has recently been part of the first team matchday squad.

Manager Gary Johnson said: “I’m delighted that George has signed a long-term deal with us. He’s got a good footballing brain, that is ahead of his years, is a good athlete and has a real competitive edge to his game.

“The fact that we have signed George for the next two and a half years shows he is ready now and will be in and around the first team regularly. He will certainly get his league debut at some stage and at the right time for him and us.

“George is still in the learning stage of his career, but it is great to have a local lad come through the ranks. It’s also credit to Antoine Thompson and Pete Haynes have looked after him for the last few years in our Academy set-up.

“We all now look forward to watching George continue to develop and we believe with the support of our coaching team, and continued hard work from himself, he will fulfil his full potential.” 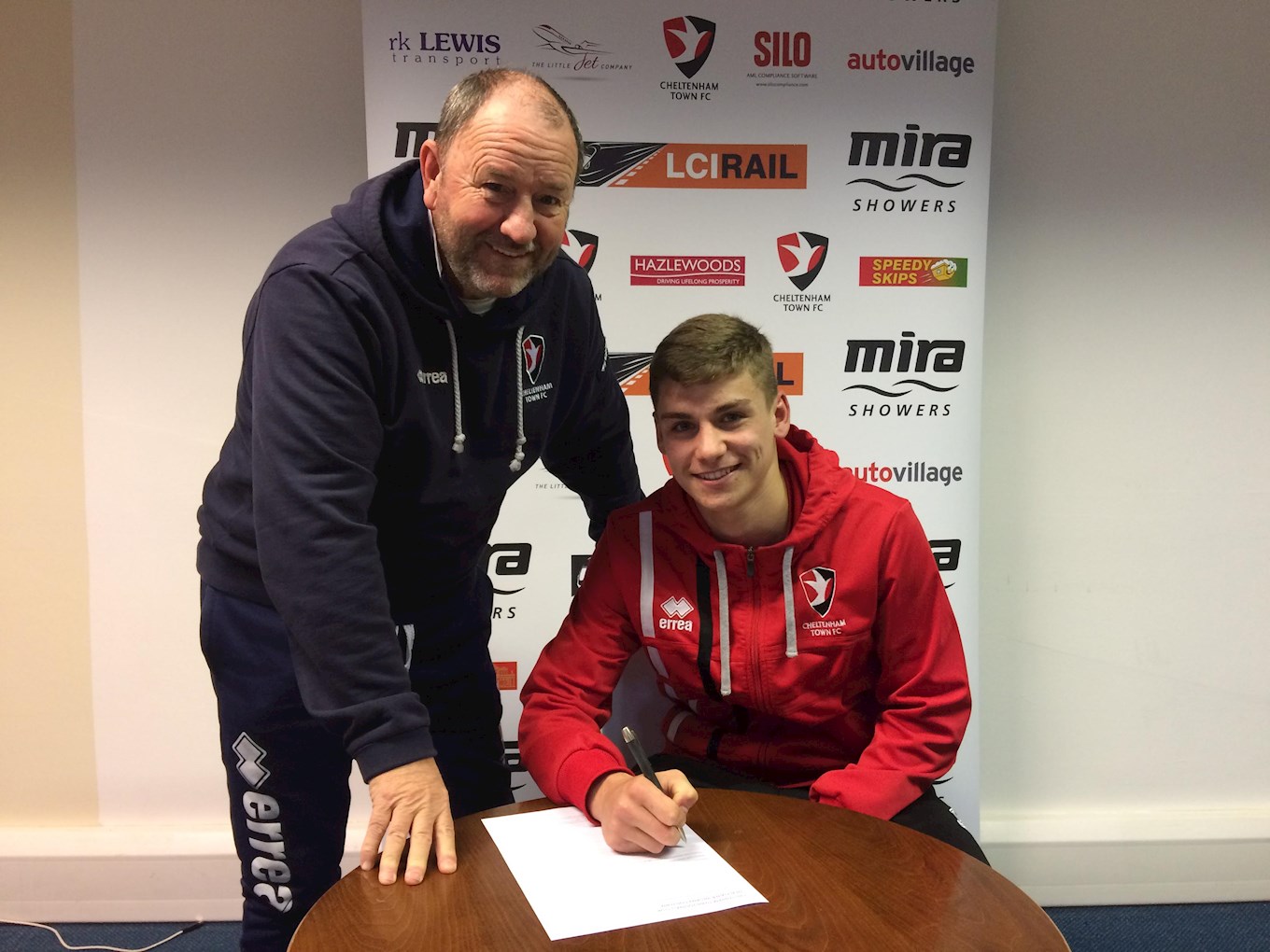 George Lloyd said: “I’m absolutely delighted. It’s always been the ambition so I am thrilled to put pen to paper.

“I've been here since the Under-nines and it is every kids dream to be a professional footballer, so for it to come true I am buzzing.

“My all-round game has come along so much this season and I have kicked on. I didn’t expect to get 25 goals, but now I have I've just got to aim for 30!

“It would be nice to get my league debut under my belt, but that is for the gaffer to decide when I am ready and with his experience he will know when that is. Whenever I am called upon I will take my chance.”