Defender Jamie Grimes acknowledges the clash with Crewe Alexandra will be a special occasion for players and fans alike – but has warned there is still a huge match to win in Sky Bet League Two.

The Robins will be wearing a one-off blue strip on Saturday to raise awareness for the British Lung Foundation - the only UK charity looking after the nation’s lungs.

The blue kit is also a visible show of togetherness for the club's fitness coach Ian Hutton and his fiancée Vicky Veness. Vicky was diagnosed with stage four lung cancer earlier this year.

Grimes has this week spoken about how the players have rallied around and got behind the special day – and believes capping it with three points would make it all the more memorable.

“The lads are all fully behind Hutts (Ian Hutton) and Vicky,” he said. “It’s a difficult time for both of them, but it’s good to see the club and community getting behind them with this day for the British Lung Foundation.

“We’ve been trying to support Hutts as much as we can, but understandably he wants to get on with his job. He is a professional and very good at what he does. We’ve all offered our support, but we can’t imagine what he is going through.

“It’s a big day for the club as we support the British Lung Foundation and wear the blue kit. It’s a big occasion for the fans and something different on Saturday.

“But, as a team, our focus has got to be on the game and taking those three points. There is a big game to be won.”

The Robins drew 1-1 with Forest Green Rovers in the last league game and Grimes is eager to rediscover the winning habit after three recent draws.

“We’ve drawn a few lately and obviously they don’t feel as good as win – so we need to sort that,” he added.

“I’m looking forward to the challenge. We have worked hard this week to ensure we are fully switched on.

“It’s a massive month and the gaffer has reminded us. We have a lot of games coming up and we need to really kick-on. If we do it will put us in a strong position.

“Football is a results business. So we need to start winning, everyone in the squad knows that.” 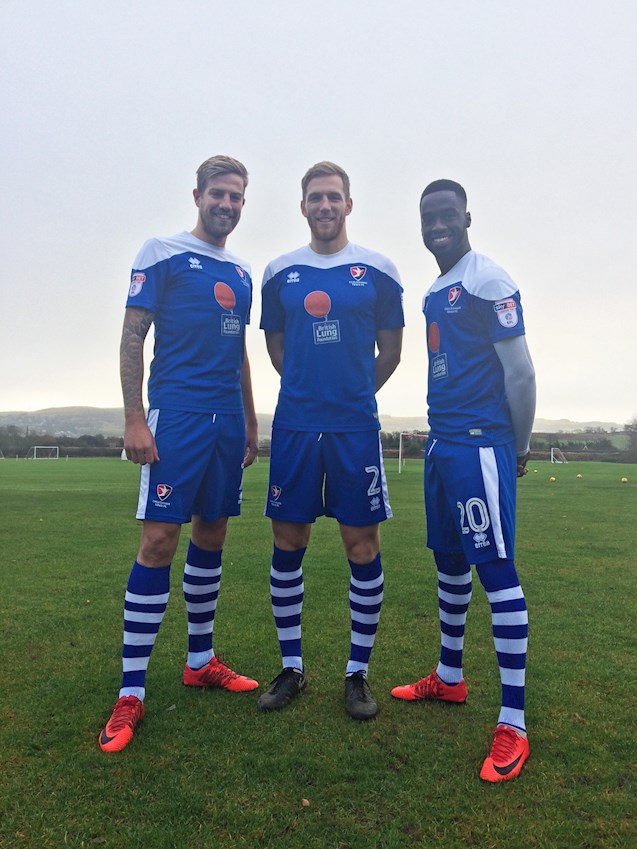