A goal in either half inflicted defeat on the Cheltenham Town under-18s in a game of few chances against Swindon Town.

Played on the new 3G surface at Evesham United's Jubilee Stadium, Swindon struck shortly before half time and then again in the second period to seal victory in the two teams EFL Youth Alliance South West Division meeting.

Charlie Paterson also saved a penalty during the second 45 minutes, but both Pete Haynes' team and the visitors struggled to create many openings in freezing conditions.

There was little to report from the opening exchanges and the game only really came to life at the back end of the first half. 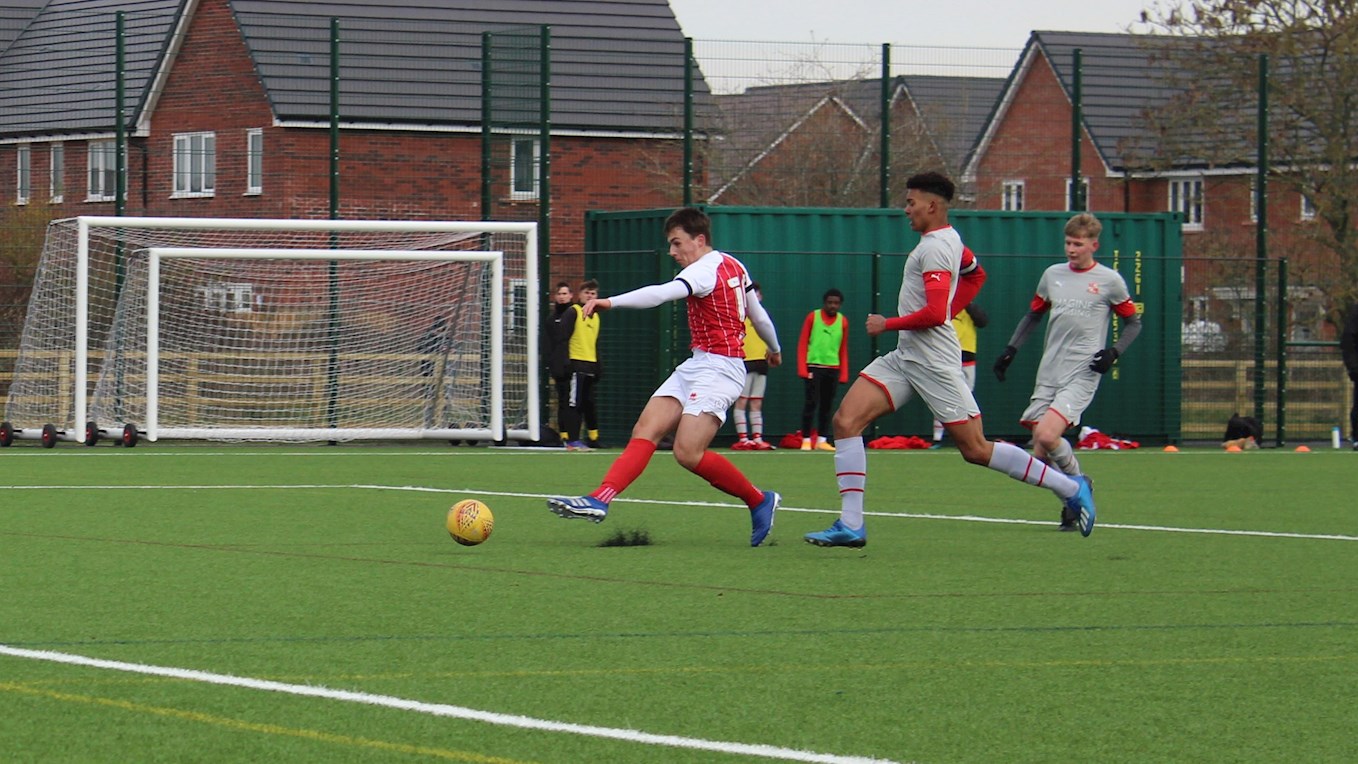 Felix Miles did well to win the ball high up the pitch and was denied by a good save from the Swindon goalkeeper.

The man in between the posts for the visitors was busy again a minute later to keep out another effort from another Felix. This time though Felix Davis couldn't way a find through after Cheltenham had again pressed well from the front.

The young Robins were left to rue their failure to find the net as Swindon swooped in front shortly before the interval.

There was again little action in the first section of the half, and it wasn't until the 73rd minute when Swindon added a second goal to double their lead that the game saw its next major talking point. 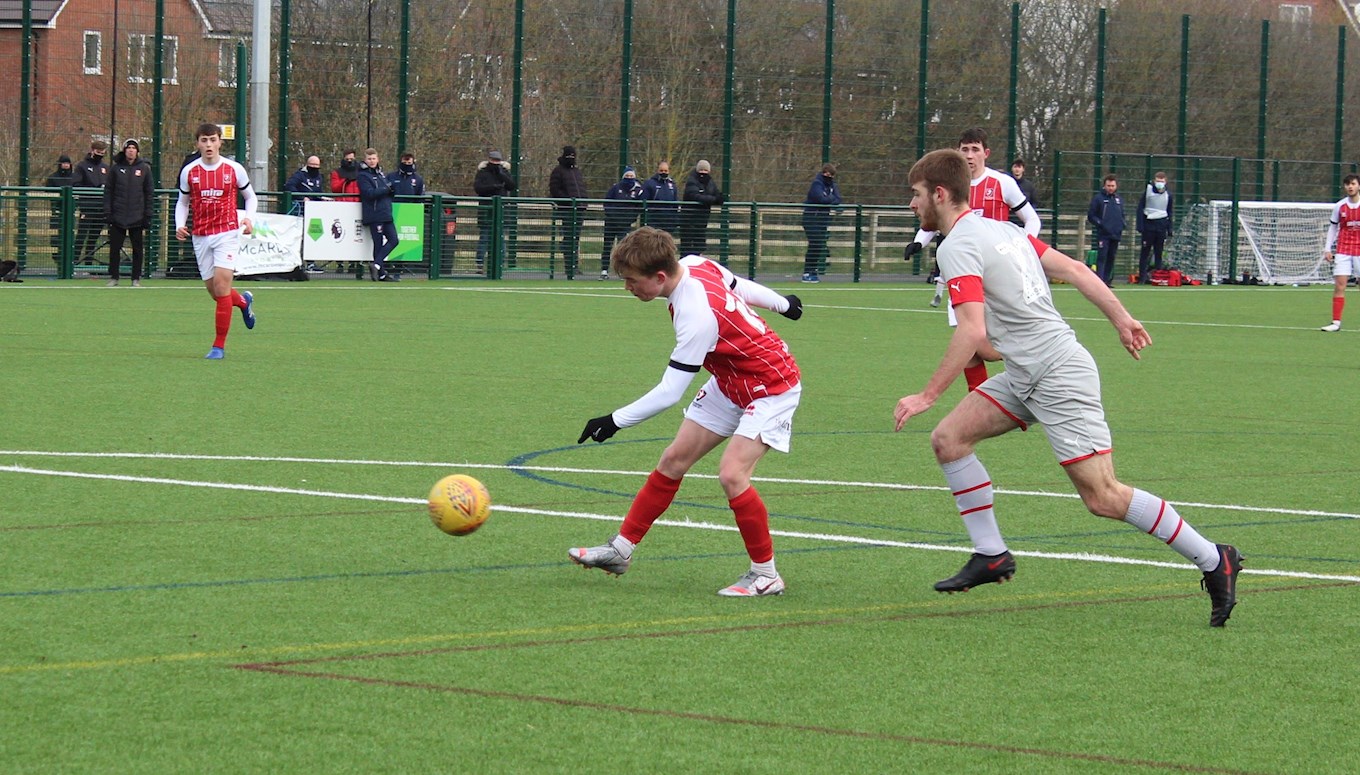 In the final 15 minutes with the game much more open a Connor Jakeways cross from the right found Miles at the back post, and the 17-year-old nodded an effort onto the top of the crossbar.

A couple of minutes later and the visitors were awarded a penalty, but Paterson stood up tall and guessed right to make the save.

An attack down the left saw Swindon hit the bar with a final shot, while the games final opportunity fell to substitute Callum Ebanks, but he could only head Joe Hunt's cross at the Swindon goalkeeper.