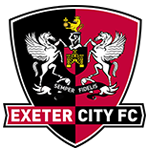 A young Cheltenham Town reserves side were defeated on their travels in the Central League southern section on Thursday afternoon.

It was the reserves second game this week after a 4-1 win over Luton Town on Tuesday.

The 4pm kick-off saw second year scholar Tom Handley find the back of the net.

Up next for the reserves is an away fixture against AFC Wimbledon later this month.

After the second strings did battle today, it's the battle of the first teams in League Two on Saturday when Exeter are the visitors to the Jonny-Rocks Stadium.

Kick-off against the Grecians is at 3pm and tickets are available to buy online or from the ticket office on Friday between 10am and 3pm. The turnstiles are also open on matchday for fans wanting to buy on the gate.