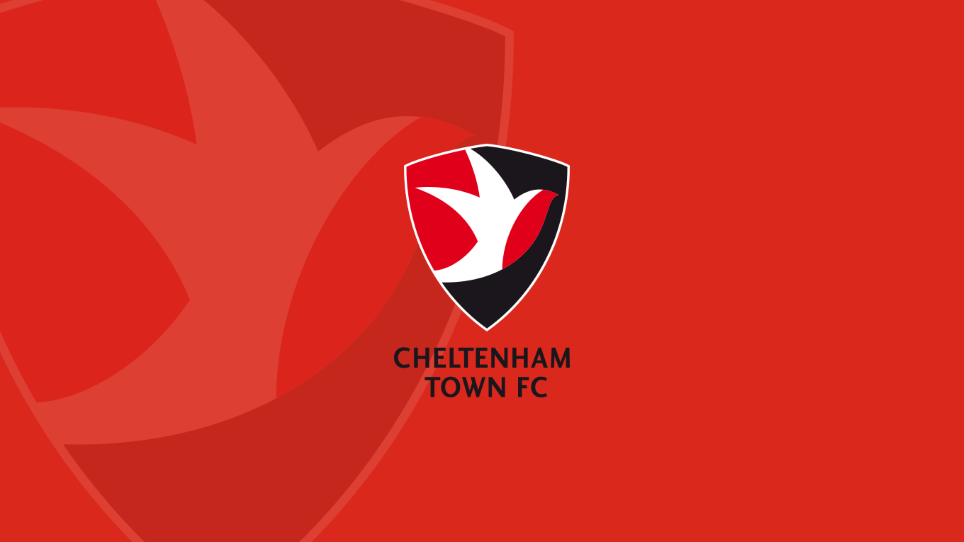 
Supporters are advised that the home Central League fixture between Cheltenham Town Reserves and Plymouth Argyle Reserves on Tuesday afternoon has been postponed.

Striker George Lloyd netted his 32nd goal of the season as a strong Cheltenham Town Reserves side defeated Plymouth Argyle in the Central League fixture at the Energy Check Training Ground.

Lloyd scored the only goal of the game after 66 minutes when he held off a defender to latch into Archie Brennan’s pass and neatly loft the ball over the advancing goalkeeper.

The Robins pressed for more goals with Jerell Sellars and Sanmi Odelusi all going close as they retained top spot in the standings.

The strike duo of Brian Graham and Odelusi caused Plymouth plenty of problems in the opening minutes of the encounter on a bitterly cold afternoon in Cheltenham.

Visiting stopper Kyle Letheren had to be alert to race off his line to deny Odelusi after recent signing Jake Andrews played in a superb ball over the top.

Odelusi and Alex Fletcher for Argyle both had goals disallowed for offside as the game continued to flow from end to end in an entertaining opening 15 minutes.

The Robins were playing some neat and inventive football with Graham setting up Odelusi, but after Letheren beat away his first strike the follow up was cleared off the line.

Plymouth substitute Aaron Goulty replaced Simon Church after half an hour and he nearly had a dream introduction as his shot flew inches wide of the right hand post.

Plymouth posed threats of their own before the break with Aaron Taylor-Sinclair nearly picking out Fletcher before Callum Rose headed over.

Rhys Lovett also produced a fine stop to deny Joel Grant after a direct burst down the left wing.

Both teams had chances at the start of the second half as Sellars curled a free kick narrowly wide before Dan Rooney rattled the underside of the bar for the visitors.

A superb piece of skill from Atangana set Adebayo free but he became the latest player to be denied by Letheren as he raced out to block.

The deadlock was finally broken by Lloyd’s cool finish and despite late pressure from Plymouth, with two penalty appealed waved away, it was the Robins who held out for victory.


Supporters are advised that the home Central League fixture between Cheltenham Town Reserves and Plymouth Argyle Reserves on Tuesday afternoon has been postponed.