Cheltenham Town claimed all three points as they beat Shrewsbury Town 2-0 at the Completely-Suzuki Stadium today.

The Robins took the lead just before half time thanks to skipper Sean Long, who poked home to give Cheltenham a well deserved lead.

30 seconds into the second half and Alfie May doubled the lead when he volleyed home from a Ryan Jackson cross.

Cheltenham started the game the better of the two sides. Moving the ball quickly and being the more physical of the two sides, Wade Elliott’s men seemed up for the fight ahead.

But the first big chance of the game went to Shrewsbury, when the ball fell to Tom Bayliss but his effort from the edge of the box was blocked by Ryan Jackson.

The first booking of the game came out when Tom Flanagan’s flying challenge took out Jackson on the half way line.

Half an hour in and the game had settled down, both teams were moving the ball well, but the challenges were still flying in.

Soon after Ryan Broom found himself with a yard of space 20 yards out, but his strike whistled past Harry Burgoyne’s right hand post.

Freestone forced Burgoyne into a smart save when he got on the end of a Jackson long throw which was tipped over the bar.

But just before the break the deadlock was broken when Sean Long poked home from five yards out to give the Robins a half time lead.

Less than 30 seconds into the second half and the Robins doubled their lead. Jackson picked up the ball on the right hand touch line and his cross fell to Alfie May six yards out, whose volley rattled in off the bar.

Five minutes later and May went close to adding a third but his close range effort was well blocked by a swarm of Shrewsbury players.

An hour into the game and Cheltenham were in full control with Luke Southwood’s goal being relatively unchallenged.

The Robins didn’t rest on their laurels though, with 15 minutes to play Cheltenham kept pushing for more. Dan Nlundulu went inches of adding a third but his attempt went just wide.

Things weren’t all positive for the Robins though, with five minutes to go, May was stretched off as he went down holding his ankle.

The visitors piled on the pressure in added time, but it wasn’t enough to find a consolation goal as the hosts walked away 2-0 victors.

After a short break, the Robins continue their Sky Bet League One campaign as they host Shrewsbury Town at the Completely-Suzuki Stadium (3PM KO).

The Robins didn't play last weekend due to international call-ups postponing the match against Derby County, where as the Shrews beat Burton Albion 2-1 at the Montgomery Waters Meadow.

Both managers will know each other very well, with opposing manager Steve Cotterill managing Robins head coach Wade Elliott as a player during Elliott's time at Burnley and Bristol City.

Cotterill needs no introduction to Robins supporters, having spent five successful years with his hometown club, guiding us from the Southern Premier League to Division Two, as well winning the FA Trophy in 1998 at Wembley in front of 26,000 fans. 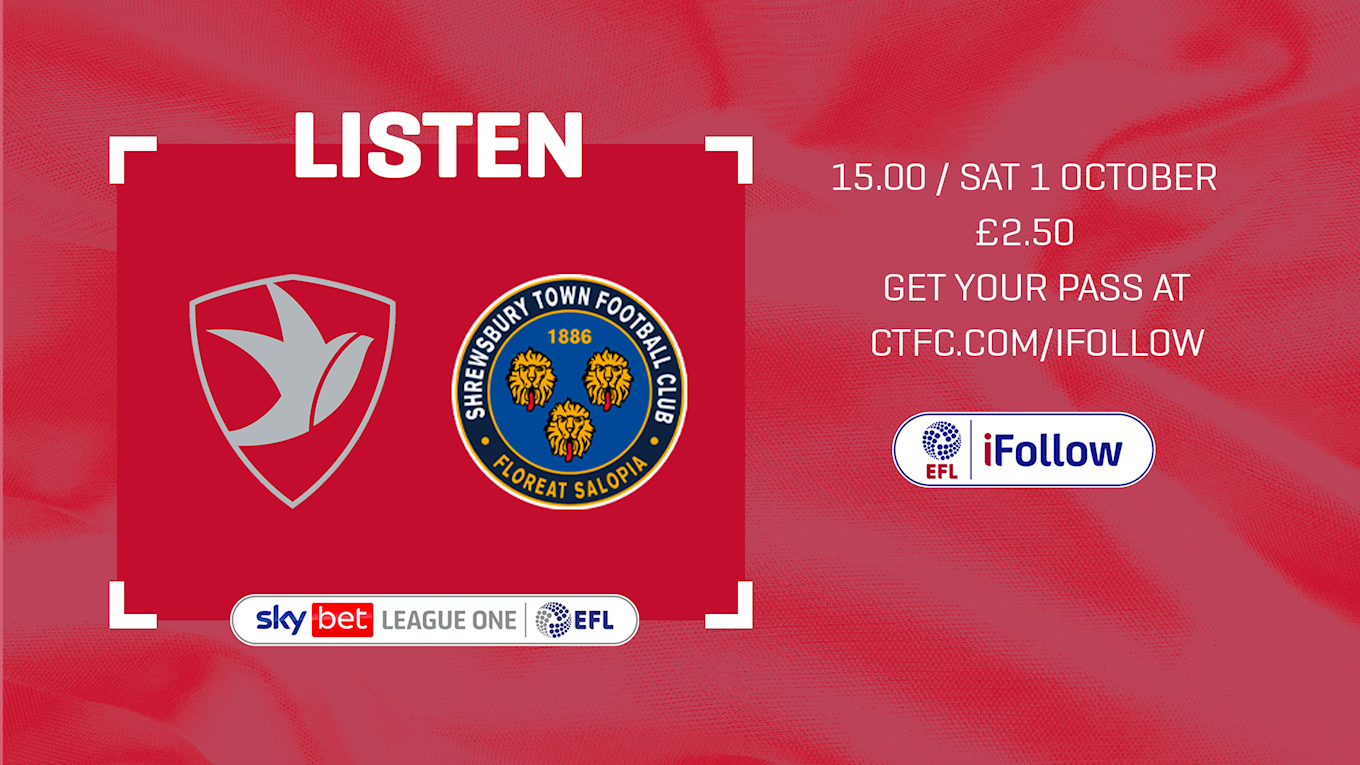 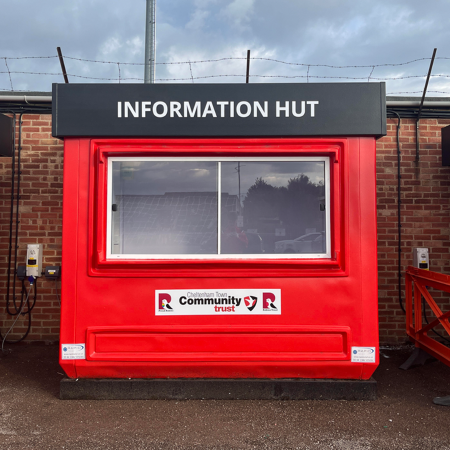 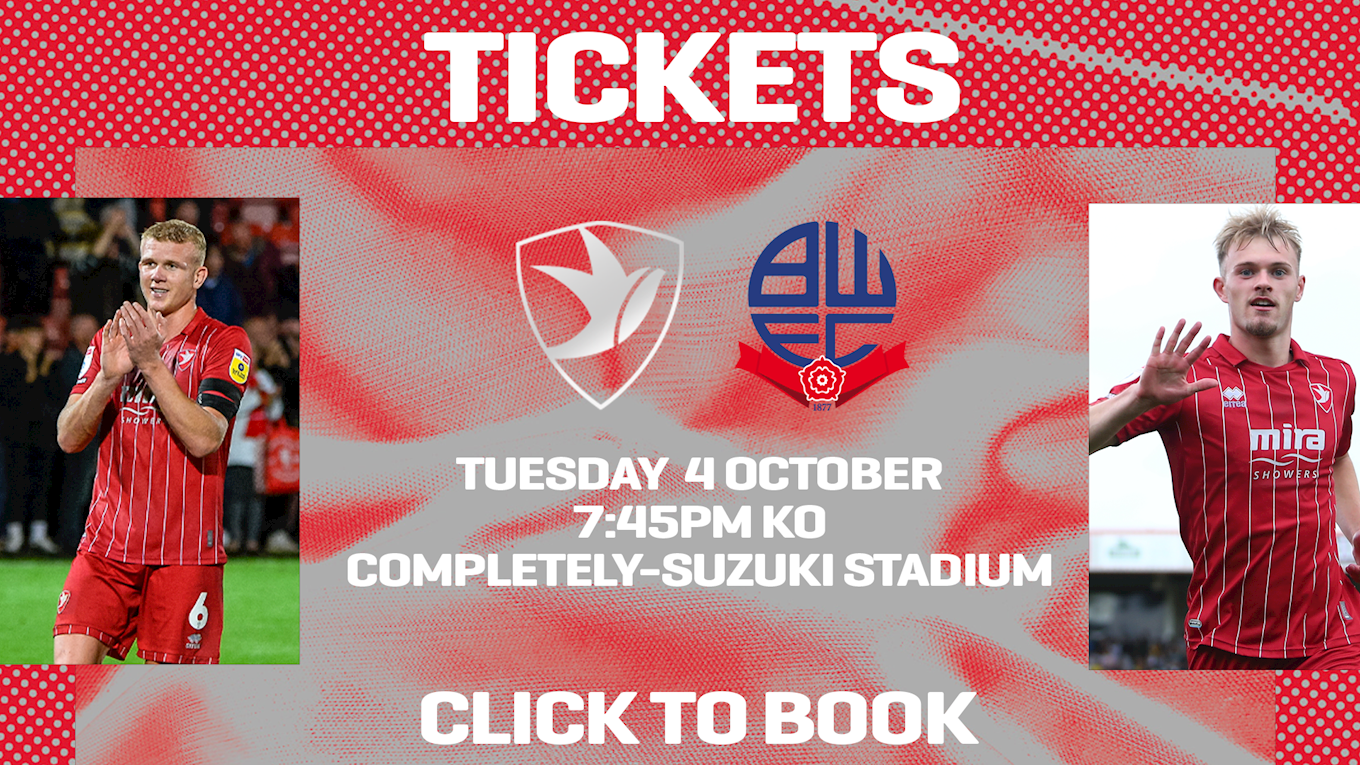 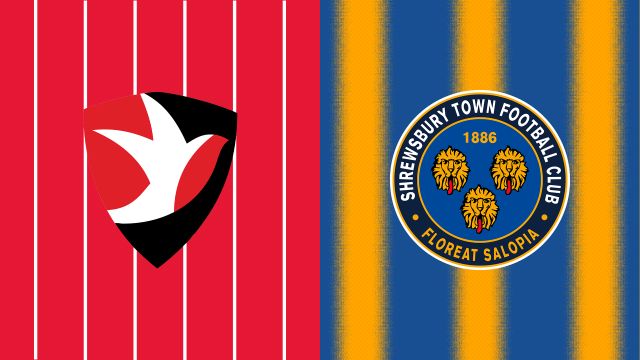 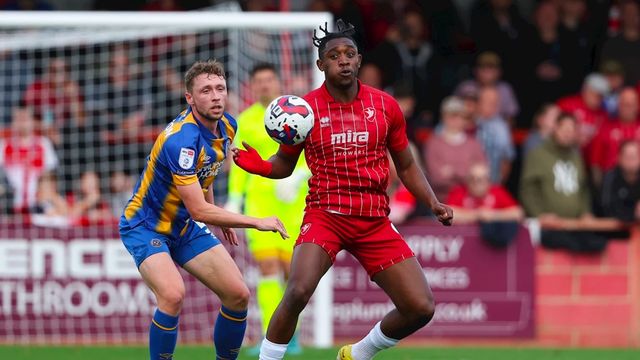