The Robins secured a valuable three points as Ben Williams’ first-half strike was enough to see off Morecambe at the Completely-Suzuki Stadium.

The defender scored his first goal of the season to put Cheltenham ahead, before the whole team stayed firm in the second half to see out the win and clean sheet.

Wade Elliott made two changes to the 1-0 defeat at Burton Albion, with Williams coming in to replace injured captain Sean Long, and Charlie Brown made his first start for the Robins.

Ryan Jackson threatened early for the Robins, standing up Liam Gibson before making space for a left-footed shot that bent just outside of the far post. 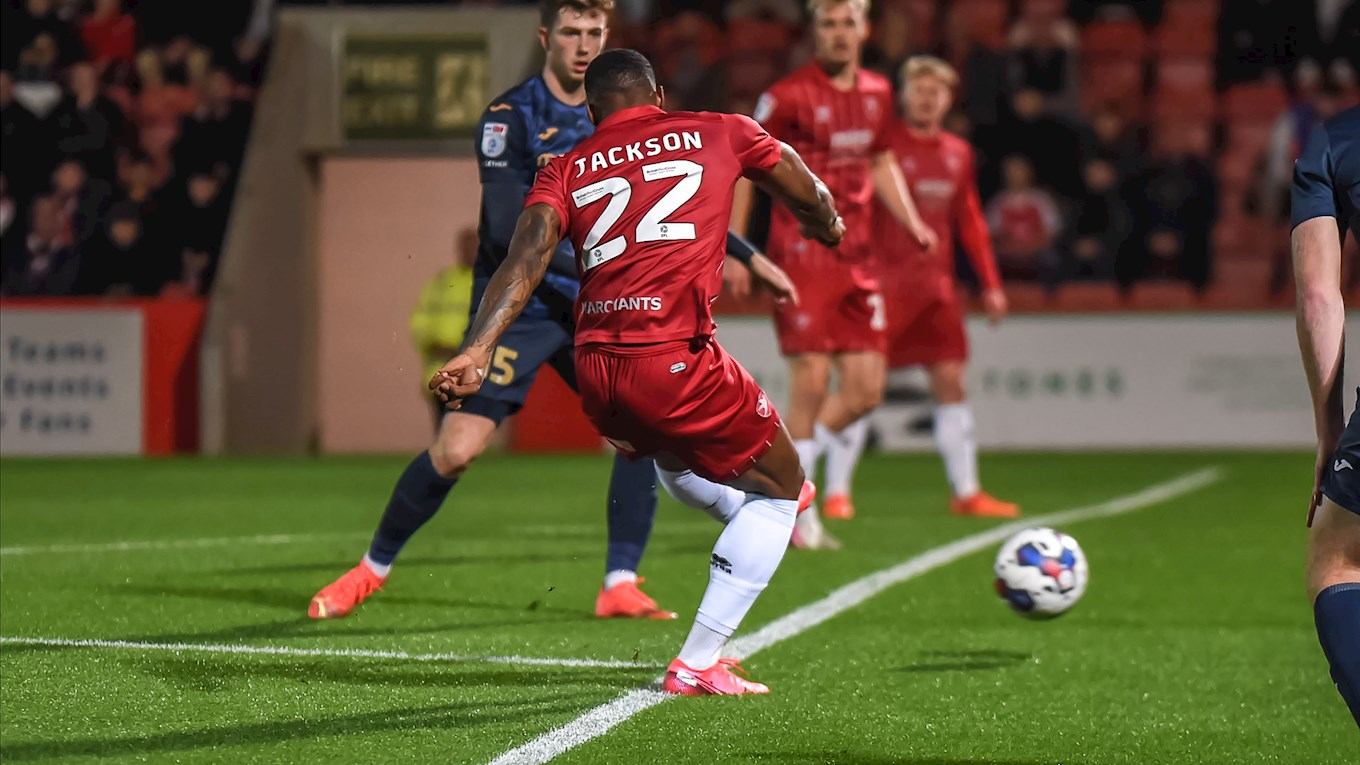 A lung-busting run from Dan Nlundulu was spotted by Brown, who threaded the forward through on goal with a measured pass. Continuing his run into the box, Nlundulu went for power with his left foot, smashing the ball narrowly past the post.

Liam Shaw then brought a save out of Luke Southwood, as the Morecambe midfielder aimed for the far corner. A ricochet off Charlie Raglan meant Southwood had to stretch full-length to parry the ball to safety.

Caleb Taylor was next to get an effort on goal, this time attempting to loop a header over Connor Ripley, but the Shrimps’ ‘keeper managed to take a relatively straight-forward catch on his line.

However, 35 minutes into the match, the Robins found their breakthrough. Nlundulu won the ball back on the halfway line, span and passed the ball to Brown who released Jackson down the right wing. Ryan Broom threw himself at the wing-back’s low cross, but the ball ran into the path of Williams, who emphatically blasted the ball into the net.

Shortly before half time, Liam Sercombe tested Ripley once more, drilling a low shot from 20 yards out towards the bottom right-hand corner, but the goalkeeper was equal to it.

Counter attacks were proving to cause Morecambe problems, with Brown playing another cute lay-off, this time to Sercombe, who lofted the ball into the path of Broom. Unfortunately, the Welshman couldn’t quite get the ball under control and Ripley came out to collect the ball at his feet.

Norton made a run with intent towards the Morecambe box, before sliding the ball to Broom, but his shot was fired high and wide.

Broom went closer a couple of minutes later, firing a fierce shot towards goal that cannoned off a Morecambe defender and fell onto the roof of the net. 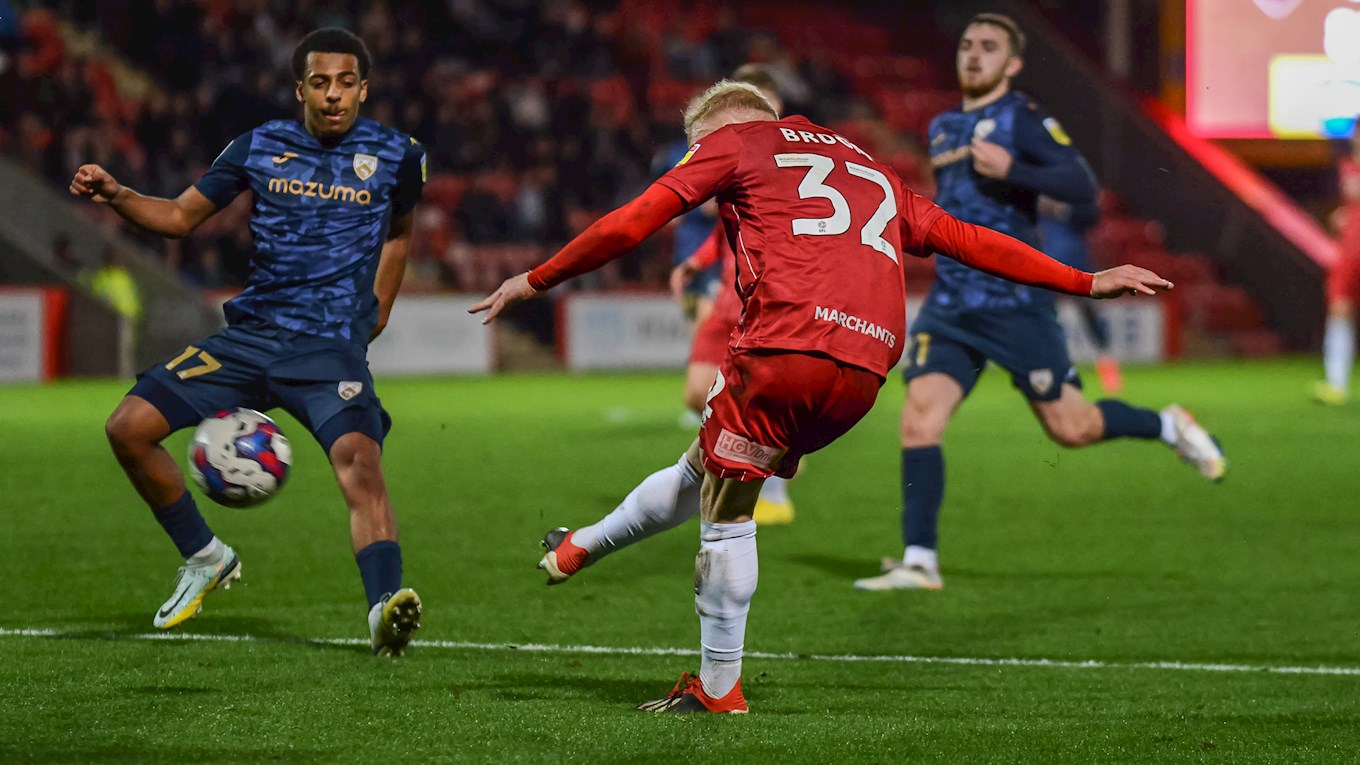 The visitors were inches from equalising with one minute of normal time remaining, as the ball fell kindly for Adam Mayor, who struck a firm shot on the bounce that beat Southwood, but fortunately also beat the near post.

Moments later, Kieran Phillips rattled the crossbar as the game went into added time with another powerful effort, but the Robins rallied afterwards and managed the game well to secure the win.

The Robins return to the Completely-Suzuki Stadium tomorrow evening to face Morecambe in League One (7:45PM KO).

The Robins are looking to bounce back following Saturday's 1-0 away defeat to Burton Albion, as they host the Shrimps tomorrow night under the floodlights.

There's still time for you to purchase your seats, including Kids For a Quid tickets as under-14 tickets are available for £1 until midnight.

If you are unable to attend the match, then watch the action on iFollow. 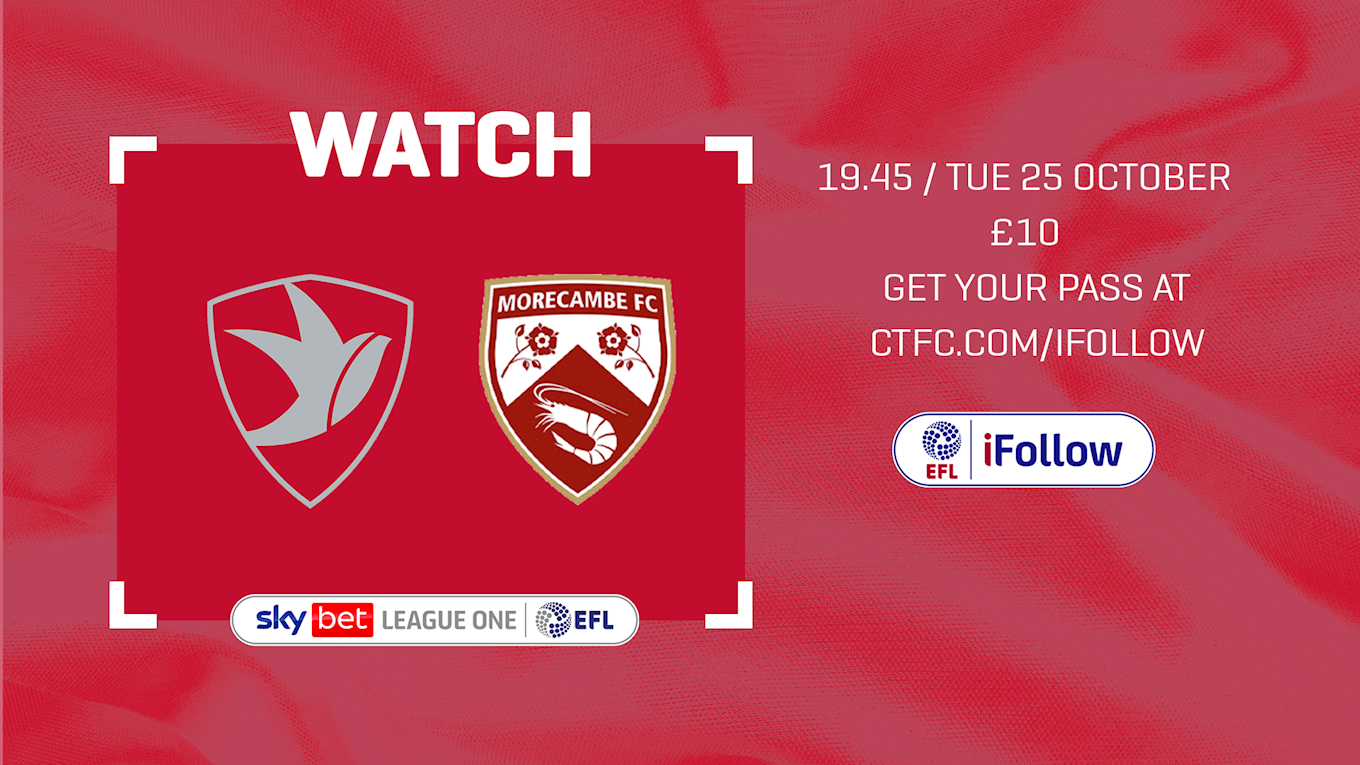 Also, the gates will open from 6:30PM to allow stewards and staff additional training time on the new ticketing system.

We aim to man the hut from around 6PM until just before kick-off on matchdays, and support with any disability assistance, provide access to free DAB radios, ear defenders and sensory packs, as well as taking bookings for our halftime cross bar challenge.

The area of disabled cover is undergoing repair and we advise to bring wet weather clothing for the match if you will be in the area. 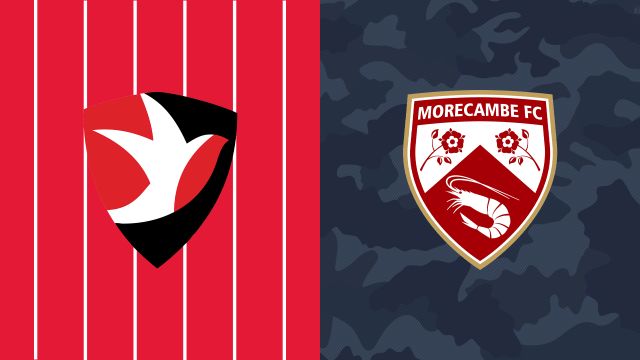 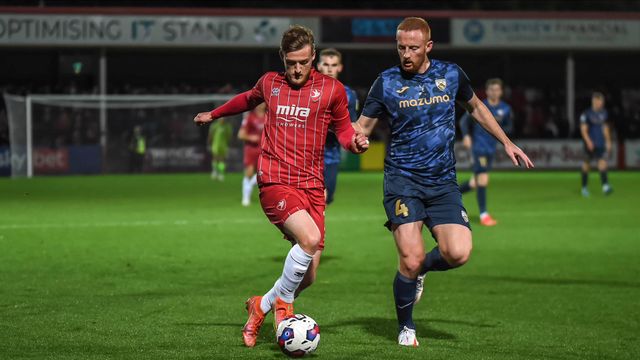