Luke Southwood's spot kick save in the penalty shootout meant Cheltenham Town progressed in the Papa John’s Trophy Round of 16 after beating Forest Green Rovers on penalties 4-3.

The opening chance of the match fell the way of the hosts, an early corner from Sean Robertson flicked on at the front post from Myles Peart-Harris but saw Elliot Bonds head the ball away from the goal a few yards off the line.

Quick play from the Robins saw the ball given to Broom, whose shot was deflected wide of the post for a corner kick.

In a passive opening 20 minutes of play, Broom proved his quality again, linking up with Ryan Jackson to win the Robins a corner. Sercombe’s ball found the head of Charlie Raglan, but the defender could not aim his header on target.

With so few chances in the opening exchanges, Forest Green took the lead in the 23rd minute as Harry Boyes again aimed his corner kick to the front post, Josh March connecting with the ball so send the ball past Southwood.

The intensity was increased after the opening goal, a quick succession of passes from the Cheltenham front line has Jackson room to cross the ball to the back post to Reece Hutchinson, who failed to get a proper connection on the ball.

Rovers’ captain Jamille Matt was next to have a go at goal, finding himself free 25 yards from goal and quickly taking his shot that flew past the right-hand post. Having been at the heart of all of the Robins attacks, Broom was the man who went closest in the first half, being played into space onto the wing by Elliot Bonds, Broom cut inside onto his left foot, and parity was only denied as his shot beat ‘keeper Luke Thomas but smacked the right post.

Wade Elliott’s half-time talk seemed to work wonders as his side came out flying in the second half. Pressing high on the shaky back line of the hosts but could not fashion a chance of real not until extensive pressure saw Sercombe win the ball and strike towards goal. A scrambling Thomas watching the ball just evade the goal.

With 25 minutes to go, Elliott turned to his bench, bringing on Christian Norton and Ben Williams, switching system to accommodate his changes. Instantly, Williams was in the game, going forward and causing the hosts a new problem.

Broom got his well-deserved goal as he found room on the penalty sport to divert Lewis Freestones cross from the left flank into the far corner with a glancing header.
Relentless pressure on the home sides goal pressured in the closing minutes, Nlundulu going close with a header with 10 minutes remaining.

Having scored a self-professed first headed goal in his career, Broom attempted to double his
headed tally, this time from inside the 6-yard box, where again he met a Freestone cross unmarked but could not get his header on target.

With the 90 minutes almost complete, Caleb Taylor was the next to get a header on goal, climbing highest from a Sercombe corner, forcing a save from the home keeper.

With eight minutes added on at the end of the match, Bonds tried his luck from range, pulling his shot wide of the target from 25 yards out.

In a half dominated by the Robins, the final whistle meant that a penalty shoot-out would determine if Elliott’s men would make the Round of 16.

Forest Green took first with Peart-Harris scoring the opening penalty. But when Connor Wickham dragged his spot-kick well wide, Cheltenham did not look back.

Perfect penalties from Sercombe, Bonds, and Brown put pressure on Forest Green, and when Southwood diving to his left denied March, it was left for Broom score the winning penalty to send the 665 away fans into celebrations.

Tickets and travel are now available for our Sky Bet League One clash against Forest Green Rovers at the Bolt New Lawn.

The match will take place on Saturday, 10 December (3PM KO), our second meeting in recent times after Cheltenham knocked Rovers out of the Papa John's Trophy Round of 32.

Owing to limited availability, the Covered Seating and Covered Standing areas are on sale to Season Ticket Holders and Travel Club Members only, until 3PM on Thursday, 1 December.

If there are any remaining tickets in these areas they will then be released for general sale.

Cheltenham Town retain 5% of the income from tickets sold via our ticket office, so we always encourage our supporters to purchase in advance wherever possible.

Tickets uncollected from the Completely-Suzuki Stadium will be taken to The New Lawn for collection on the day.

If you do not collect your tickets in advance, they will be left with the on-board steward for collection prior to travel.

Please note that seating plans are drawn up in advance and changes on the day may not be possible.  If you have specific seating requests, please e-mail the Ticket Office with details. 
Cheltenham Town travel to the Bolt New Lawn to face Forest Green Rovers in the Papa John's Trophy Round of 32 tomorrow (7PM KO). 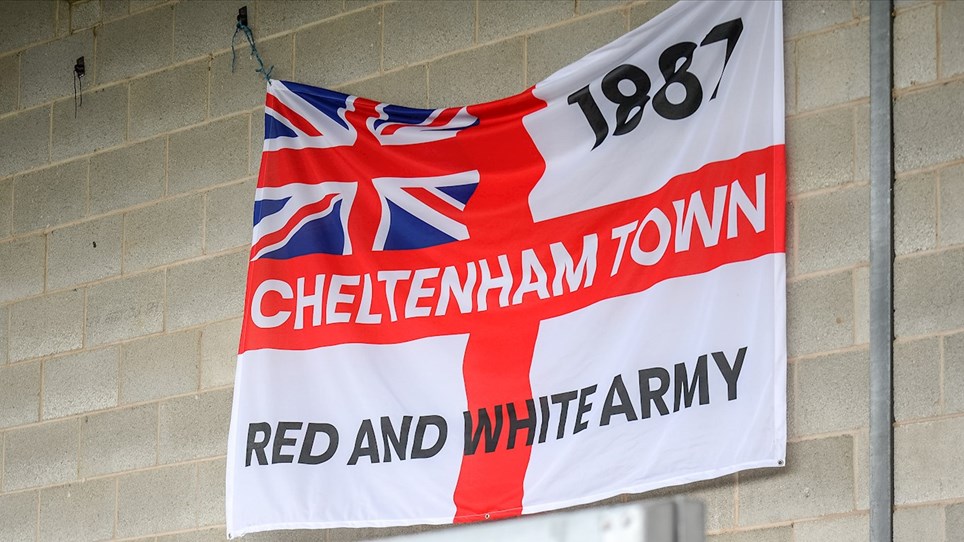 
Tickets and travel are now available for our upcoming Papa John's Round of 32 match against Forest Green Rovers. 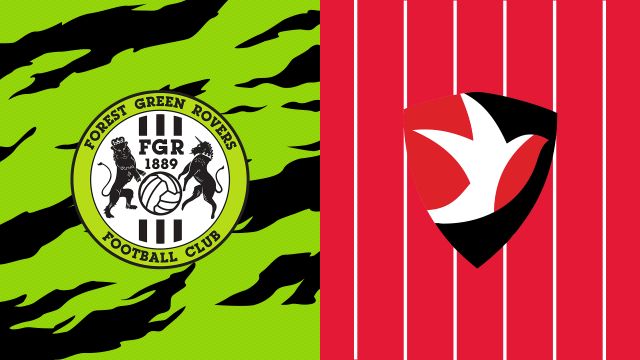 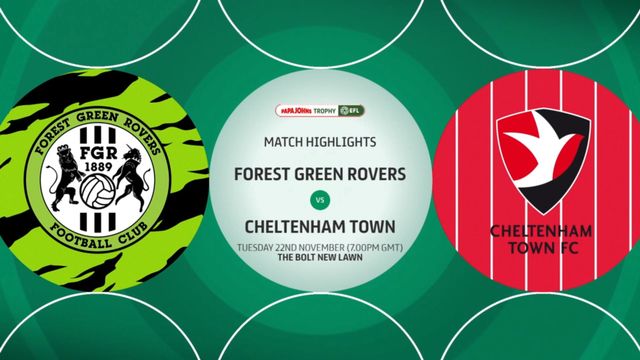 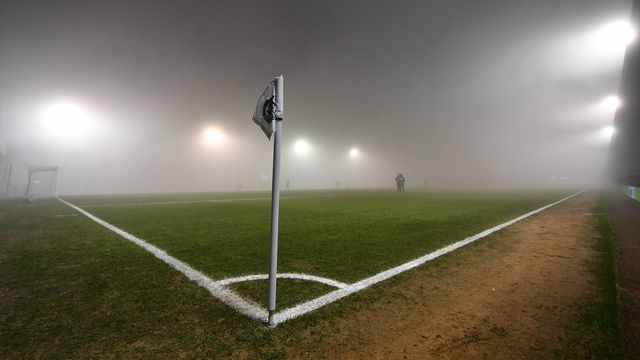