Cheltenham Town fell to a 3-2 defeat against Peterborough United at the Completely-Suzuki Stadium to start off their Sky Bet League One campaign.

An own-goal from Posh defender Frankie Kent opened the scoring, with a well-taken Alfie May strike making it two for the Robins before the interval.

Jack Marriott struck just before the hour mark for Peterborough, with Jonson Clarke-Harris proving to be the vital player for the away side, with his brace securing them the victory in the second half.

Four new signings were involved for the Robins, with Luke Southwood starting in goal along with former England C team international Ryan Jackson and the returning pair Taylor Perry and Dan Nlundulu.

Southwood was in early action for the Robins as a long-range effort from Clarke-Harris called him into action, making a strong stop to deny the forward.

Peterborough’s early pressure continued with Ricky-Jade Jones heading goal wards in the opening exchanges, firing the ball over the Optimising IT stand in the process.

Nlundulu took the game to the visitors immediately in the first half, linking up well with goal scorer May in the opening exchanges as the Robins looked to take an early lead.

The Southampton loanee was key to the first goal as he turned to get away from his man before his low shot was turned home by defender Kent. 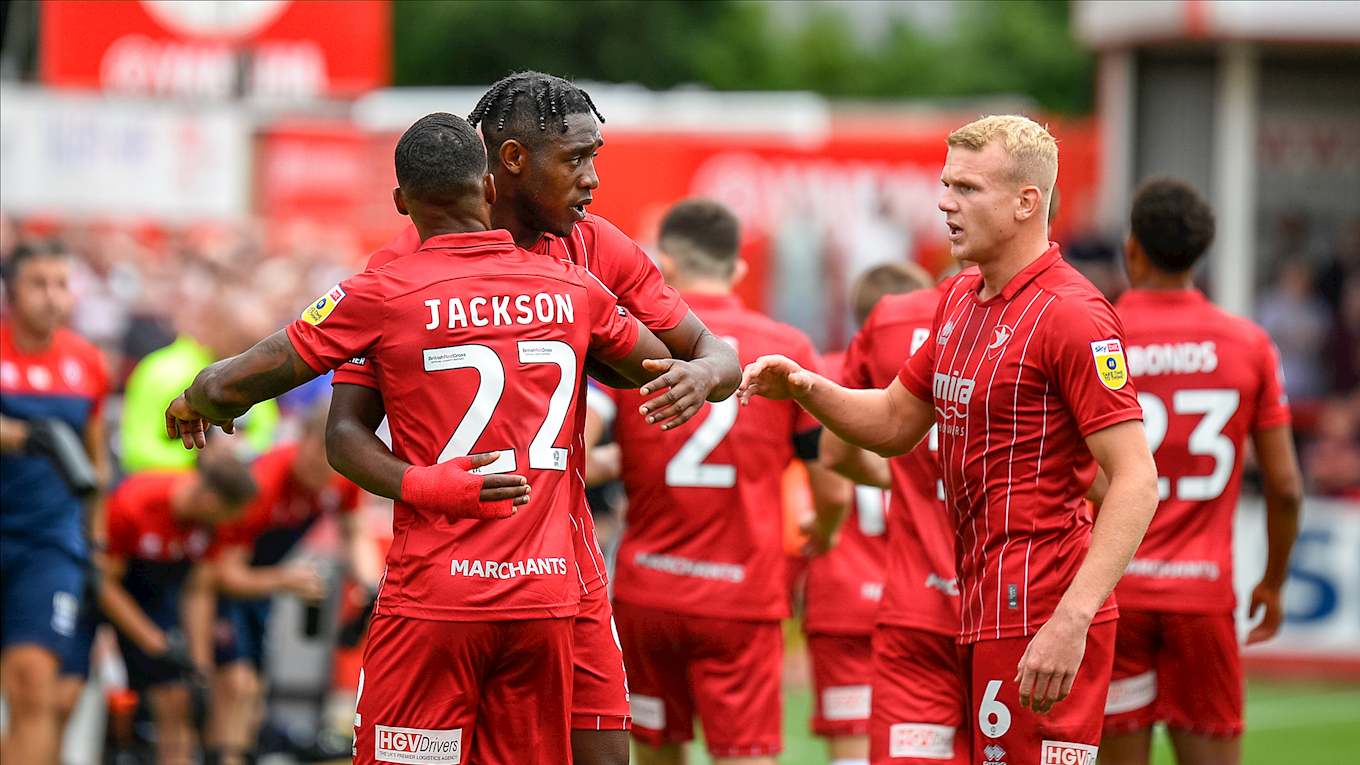 Cheltenham looked to double their lead straight away, with Nlundulu once again causing problems, this time his ball saw Perry's shot go just wide of the post, almost knocking over the stanchion behind the goal.

Wade Elliott's side did then double their lead as May latched on to a wayward pass from Josh Knight before running through and taking the ball around Lucas Bergstrom in the Posh net and blasting his shot low into the goal.

The Posh looked to reply instantly as Clarke-Harris latched onto a Bergstrom ball over the top, however, he couldn’t keep his chip down and it hit the roof of Southwoods net.

In an attempt to get back into the game, Peterborough made a triple change at half time, bringing in Joe Thompson, Joe Ward, and Marriott.

The changes would have the desired effect for the visitors as Wards low cross found Marriott at the front post who turned home to pull one back for the Posh.

The Robins tried to respond immediately with Elliot Bonds playing a delightful through ball to scorer May, who was denied from a tight angle by Bergstrom.

Peterborough would then grabbed their equaliser through Clarke-Harris as Charlie Raglan's clearance fell fortunately at his feet before he blasted home from inside the area.

Not long afterwards, the visitors would take the lead as Ward's cross would find Clarke-Harris in the box who doubled his tally and gave the Posh the lead for the first time. 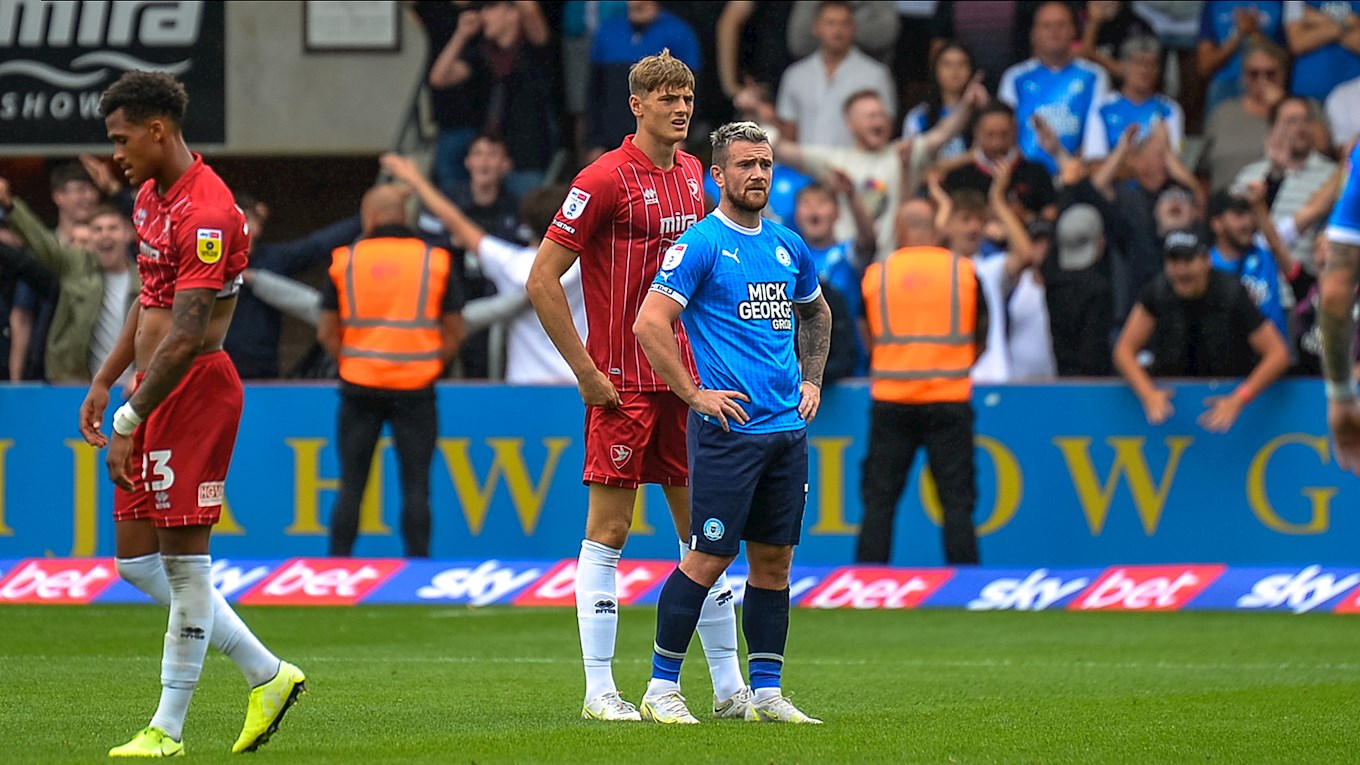 In an attempt to respond, May found himself through again, it took a special stop from Bergstrom to deny the Robins a chance to go level.

Cheltenham continued their late pressure, as Raglan got on the end of a corner, his header back across didn’t find a teammate and was eventually cleared.

The final chance of the game fell to substitute Callum Ebanks after Nlundulu held off the defender, unfortunately his drilled shot was saved by Bergstrom and the game ended in a defeat for the Robins.

Cheltenham Town begin their Sky Bet League One campaign against Peterborough United, at the Completely-Suzuki Stadium.

Cheltenham will host the Posh in our season opener this Saturday (30 July) with the match kicking off at 3PM.

Following a busy pre-season, the Robins faced the likes of Birmingham City, Bristol City, Northampton Town and Cardiff City, however the competitive fixtures all kick-off onwards from tomorrow.

Home fans can still purchase tickets online now or from the ticket office today between the hours of 10AM-3PM. Prices vary across our stands, with adult prices ranging from £18-£26, students and over-65s between £13-£18, and £7-£10 for under-18s.

Sales also available on the day. If you are buying tickets in person, you can use cash or card from the sales point in the main car park. Season tickets will also be available to collect from the same point, but queues are expected.

If you are unable to watch the game, you can listen to it by purchasing our Audio Match Pass for £2.50.

Details to find the Completely-Suzuki Stadium can be found below.

Supporters sitting in the Colin Farmer Stand can collect their tickets by the entrance to the stand, and all other tickets can be collected from the ticket booth via the main car park.

Away supporters can pick their tickets up from the ticket booth by the entrance to the away end on Whaddon Road.

Ahead of the tie, manager Wade Elliott was looking forward to playing infront of a packed Completely-Suzuki Stadium.

"Our home record was really good last season. The excitement the fans generated last year will still be here I think," he said.

"It'll be really important for us that the crowd are up for it, the players are up for it, and that we make it a really difficult place for teams to come. It's a tight pitch, tight ground, it can be noisy.

"My message to the fans is to stay vocal, stay excited and stay with us."

A reminder that new a set of actions, which will be implemented across all English football leagues from the start of season 2022/23 and backed by the Football Supporters’ Association, will target activity such as entering the pitch without permission, carrying or using smoke bombs or pyrotechnics and throwing objects - as well as drug use and discriminatory behaviour.

A reminder that our new home shirt is available to purchase in our club shop or online. 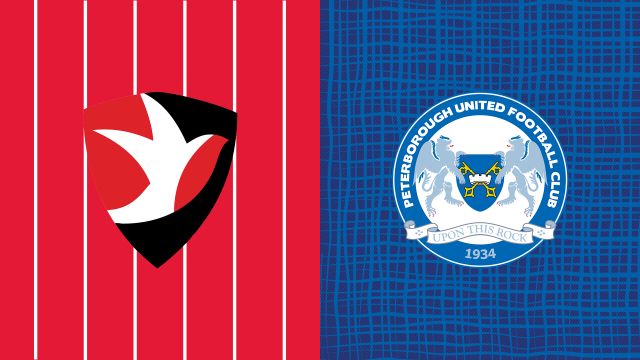 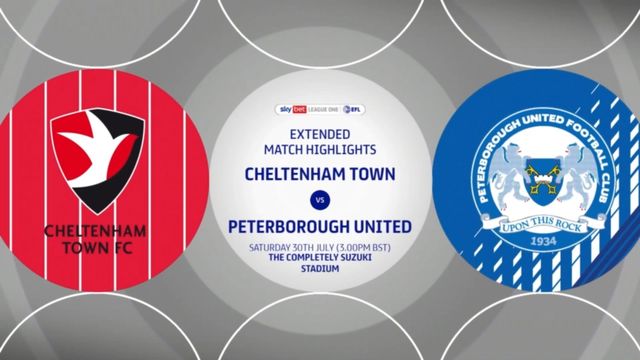