The Robins picked up a point at home after a goalless draw to Port Vale in Sky Bet League One.

A quiet opening passage of play saw both teams looking to seize control of the affair. James Olayinka’s pressure forced two successive corners, both seeing Caleb Taylor wrested to the ground, but not enough for the referee to take note.

The first real opportunity of the match fell to the away side, winning the ball on the halfway line, Politic charged towards the Robins box, cutting inside his powerful shot was too close to Luke Southwood, who strongly parried the ball from danger.

With 25 minutes on the clock, Arron Donnelly tired his luck from range as space opened up for the centre back to strike from 30 yards. Southwood again was on hand to parry the shot over the bar.

Town’s first spell of pressure resulted in their best chance of the opening half-hour. Will Ferry’s in swinging corner was met by a leaping Will Goodwin, who’s header looped onto the roof of the net.

Neat play from Vale’s standout player Politic, as he played a quick one-two inside the box, the forward chipped the ball over the onrushing Southwood, but an excellent last stich clearance saw Sean Long deny the visitors the opening goal. The Robins captain was quickest to react to the loose ball, throwing his body in the way of danger to clear for a throw in.

The 55th minute saw the first chance of the second half, Malvind Benning picked up a loose ball inside the Robins half, his left footed strike was well held by Southwood down low to his left-hand side.

Alfie May had the best chance for the Robins a few minutes later, Southwood’s long ball was headed back towards his own goal by a Vale defender, but May could only prod the ball into the midriff of Vale ‘keeper Jack Stevens who done well to spread himself at close range.

The visitors came close to opening the scoring in the final 15 minutes, substitute Rory Holden heading agaisnt the crossbar from 5 yards out, following a cross from the left hand side.

Stevens was tested twice in a matter of minutes, first dealing with Taylor Perry’s cross that went through a number of bodies, then reacting quickly to hold onto a loose ball with Broom looking threatening.

Calls for a penalty in the dying minutes fell on deaf ears, as Broom as unended trying to get the ball but nothing was given.  It was Broom who had the final chance of the match, a quick free kick was smartly taken on the right flank, with the midfielders strike across goal comfortable held by Stevens.

Cheltenham Town host Port Vale on Saturday in Sky Bet League One at the Completely-Suzuki Stadium on Saturday (3PM KO).

After the midweek postponment of our match against Sheffield Wednesday due to a frozen pitch, the Robins remain on home soil for this weekend's league clash against the Valiants.

The sides first met in September at Vale Park and it was a close affair which ended in a 2-2 draw.

If you are unable to make the game, then listen to the action live on iFollow. The Audio Pass is available for UK fans, however supporters outside of the UK can watch it with the International Match Pass. 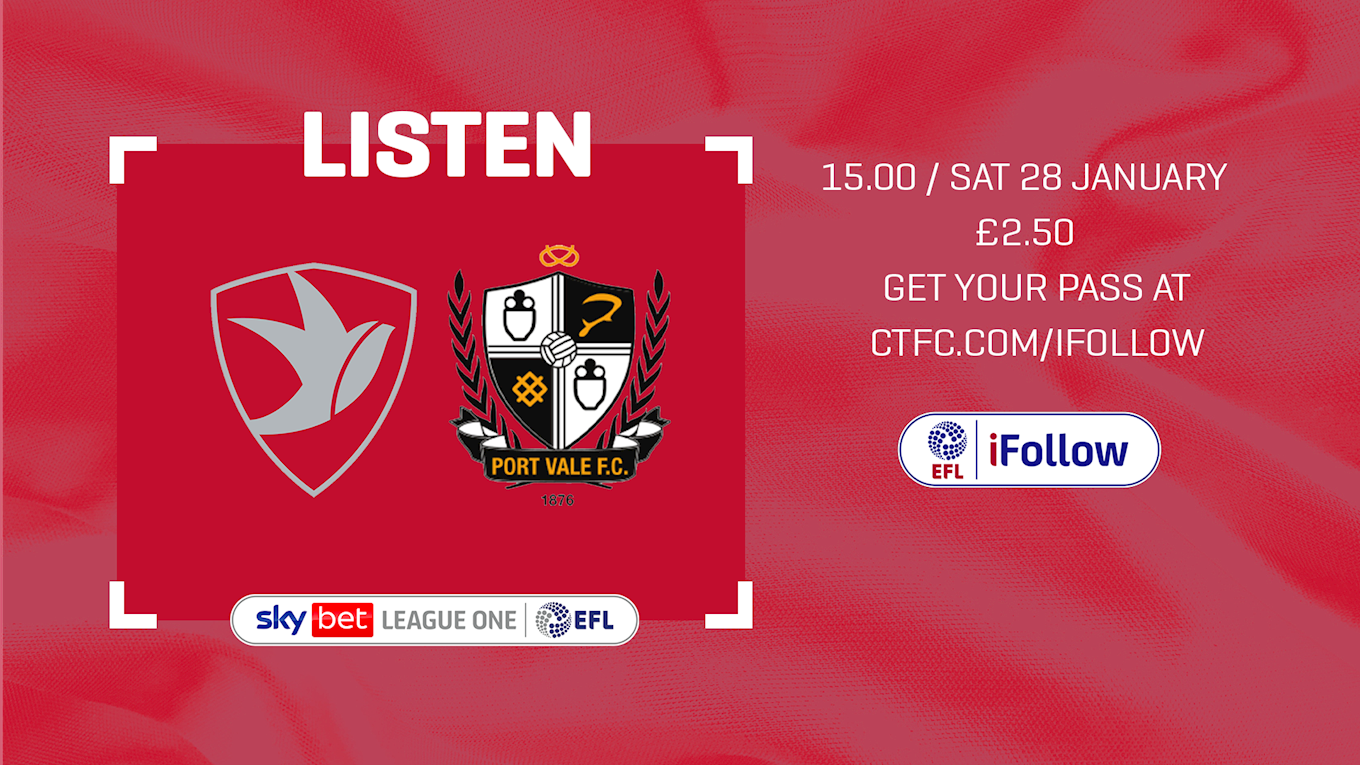 There will be no car parking available for the match, unless you have a car parking season pass.

The gates will open from 1:30PM. On arrival and around the ground, you will see our new food pods. These are cashless, and only card payments are accepted. 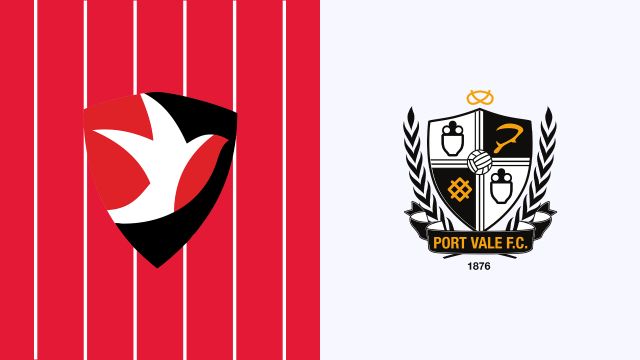 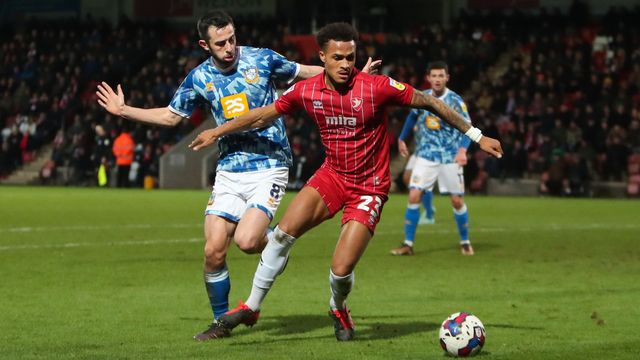